Cpl. Waverly Woodson Jr. spent 30 hours treating the wounded at Normandy — all while enduring the pain from his own severe injuries. 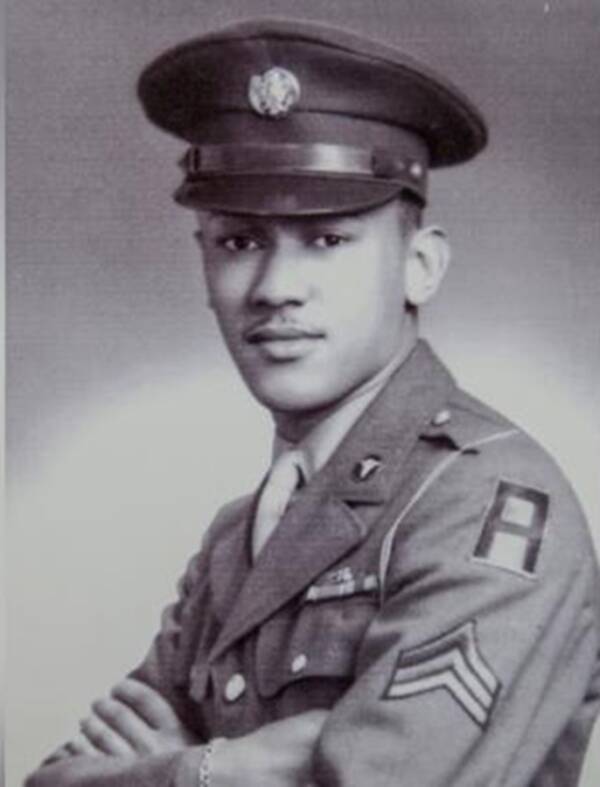 Courtesy of the Woodson family via APCpl. Waverly B. Woodson Jr. spent 30 hours treating wounded soldiers and saving drowning troops at Normandy — all while being injured himself.

A bipartisan coalition of U.S. lawmakers is working to push for a special posthumous award for an American hero of World War II whose bravery was not properly recognized.

According to CNN, Army medic Cpl. Waverly Woodson Jr. was among the countless medical professionals deployed to the battlefield during the war, saving untold lives in his wake. He was part of the 320th Barrage Balloon Battalion — the only all-Black unit that landed on Omaha Beach on D-Day.

Like other veterans of WWII, Woodson was awarded a Bronze Star and a Purple Heart for his valor and even received honors from the French government, too. His heroism during that fateful day should have earned him another accolade — the Medal of Honor, the highest military honor in the U.S.

Yet, it didn’t and many suspect it was because he was Black.

Lawmakers involved in the push for Woodson’s Medal of Honor recognition say that Black soldiers weren’t considered for the honor at the time. Now, 15 years after the veteran’s death, U.S. lawmakers are trying to make amends. 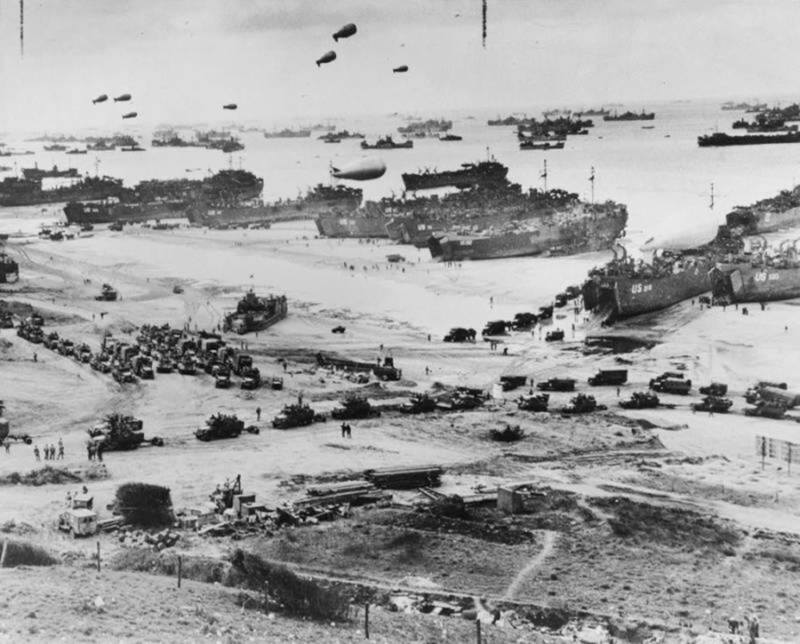 “Cpl. Waverly Woodson never received the Medal of Honor for his outstanding courage and bravery at the Battle of Normandy where he saved many of his soldiers, and he was denied that Medal of Honor because of the color of his skin,” said U.S. Sen. Chris Van Hollen, a Democrat from Maryland.

He added that the absence of a Medal of Honor to Woodson’s name was “a historical injustice.”

Lawmakers behind the proposal have been working with his widow, Joann, to award the late veteran with the highest award for his service. Unfortunately, many records of his heroism have been lost which has made it challenging to make his case.

“I want to thank all of you for being so concerned and being at my back to see if we can right this wrong, or to at least have the recognition that my dear beloved husband deserved,” Woodson’s 91-year-old widow said of the proposal’s announcement.

If the proposal is approved by U.S. Congress, she plans to donate her husband’s Medal of Honor to the National Museum of African American History and Culture in Washington, D.C.

During the war, the 320th Barrage Balloon Battalion deployed balloons designed to protect troops on Omaha Beach from attacks by Nazi fighter planes. Woodson suffered serious shrapnel wounds to his inner thigh and his back even before getting off his landing craft. 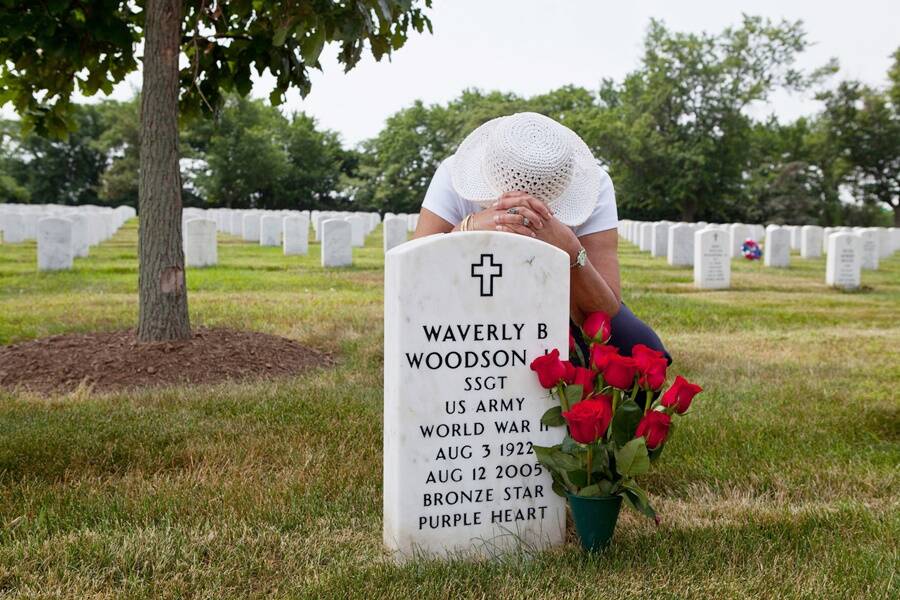 Linda Hervieux/APJoann Woodson (pictured) has been working with lawmakers so that her late husband may be properly recognized with the Medal of Honor.

Yet, he persevered and treated wounded troops on the beach for 30 hours in the midst of hail fire from enemy forces.

“He worked through his pain to save lives,” journalist Linda Hervieux, who wrote about the Black battalion in her 2015 book Forgotten, said about Woodson’s actions on D-Day.

“He pulled out bullets, he patched wounds, he dispensed blood plasma, he amputated a right foot. And when he thought he could do no more, he rescued four drowning men. Thirty hours after, he collapsed from his own injuries.”

According to Joann, after the war, her husband worked in clinical pathology for 38 years at the National Institutes of Health. His specialized interest was in the practice of open-heart surgery.

“He was always dedicated to whatever he did, and he did a good job, but I really do feel that with the knowledge he had gone much further,” she said. It wasn’t until decades after the war that Black troops were reconsidered for the Medal of Honor award.

President Bill Clinton awarded the medal to seven Black soldiers in 1997. Woodson had been shortlisted but his nomination fell through due to lack of documentation.

Lawmakers have resurrected Woodson’s case with the research from Hervieux’s book as supporting material in lieu of his missing documents. Woodson’s lack of documents isn’t unusual; much of the country’s World War II archives were destroyed in the fire at the Army’s Personnel Records Center in St. Louis in 1973.

An estimated one million Black Americans served during World War II yet, like Woodson, they were largely unrecognized. Hopefully, that grave disservice will be rectified soon.