Kaavan arrived at Marghazar Zoo from Sri Lanka in 1985 and has spent most of his captivity there alone. 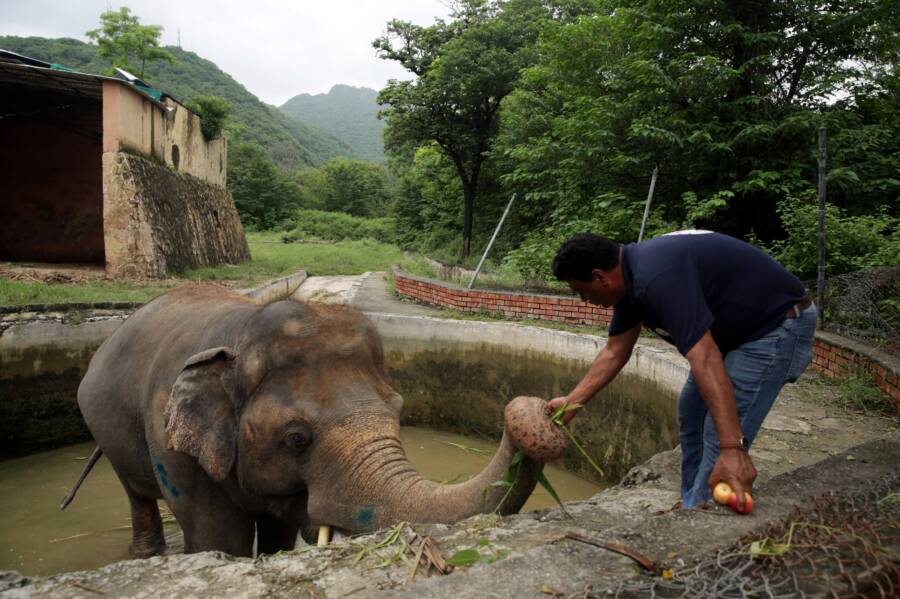 TwitterKaavan the elephant has spent 35 years in captivity — most of it alone.

Kaavan has never known life outside captivity. The 35-year-old elephant has been stuck in Pakistan’s Marghazar Zoo in Islamabad since 1985, with the world looking on in anguish as he mentally and physically declined. Fortunately, that zoo has now been ordered to close — and Kaavan is finally set for release.

His destination hasn’t been made public, though it’s likely he’ll be transferred to a more humane and communal zoo in Cambodia. According to Unilad, Kaavan has spent most of his life alone in a small enclosure — making this latest development all the more worthy of celebration. 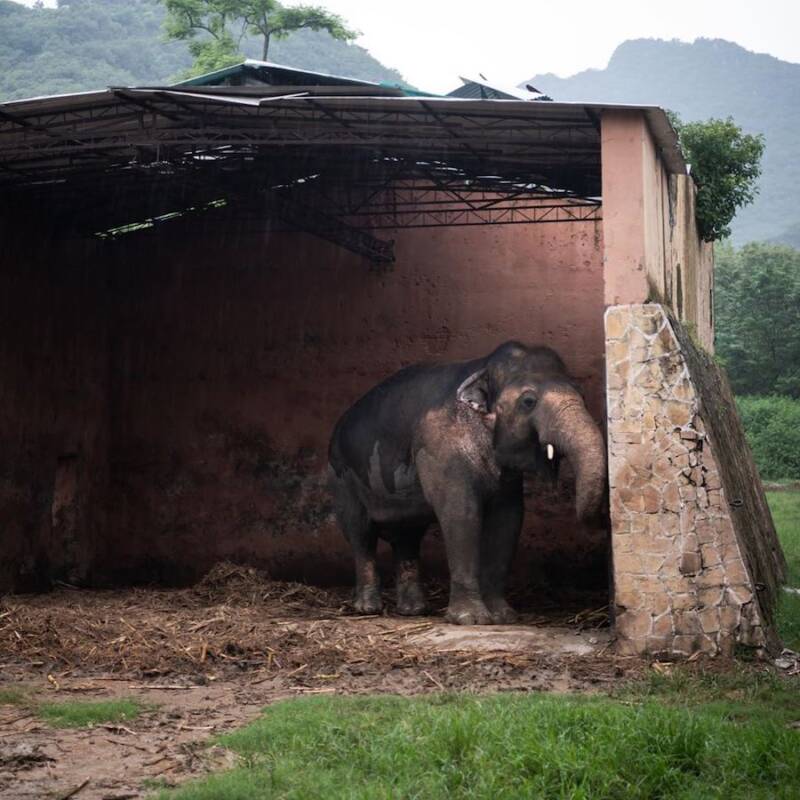 InstagramKaavan’s only partner died in 2012. He’s since regularly shaken his head out of boredom — for hours.

Kaavan lost his lust for life when his partner died in 2012, likely in part due to Marghazar Zoo’s negligent conditions. When Islamabad’s High Court deemed the zoo inhumane and ordered its shutdown in May 2020, a medical examination required for Kaavan’s relocation revealed his haggard state.

According to The Guardian, Kavaan is malnourished, yet overweight. Years of walking on unfriendly flooring have cracked his nails, which were simply left unattended and allowed to grow. Most harrowing were his boredom and isolation which caused him to regularly shake his head — for hours.

Kavaan first arrived at Marghazar Zoo from Sri Lanka when he was one year old and was the only inmate at the time.

But the grassroots movement by activists around the world to release him has grown to remarkable heights since 2016, and even garnered the attention of celebrities like pop icon Cher. Fortunately, the tides have finally begun to turn for Kaavan, the “world’s loneliest elephant.” 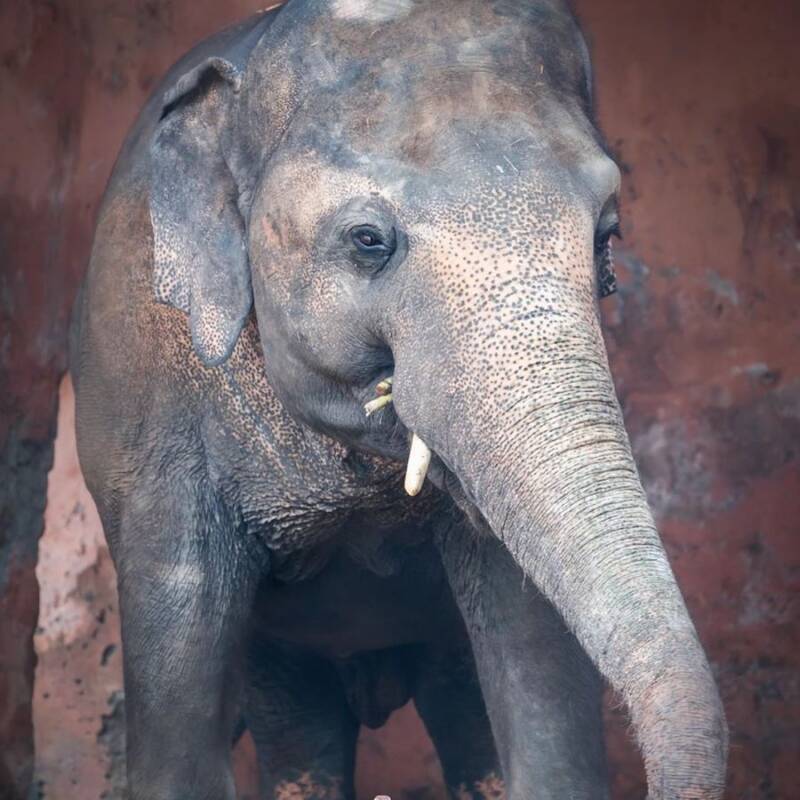 Kaavan got his dispiriting monicker from supporters and animal rights groups such as Four Paws, which oversaw the transfer and examination of all of Marghazar Zoo’s animals. Tragically, that collaboration only revealed further how bleak the animal’s home had been all along.

“Unfortunately, the rescue comes too late for two lions that died during an attempted transfer at the end of July after local animal handlers set a fire in their enclosure to force them into transport crates,” said Martin Bauer, a spokesman for Four Paws.

Also according to Bauer, Kaavan’s recovery will be a long one — particularly since his wounds are more than physical.

“He’s also developed stereotypical behavior, which means he shakes his head back and forth for hours,” said Bauer. “This is mainly because he is simply bored.” 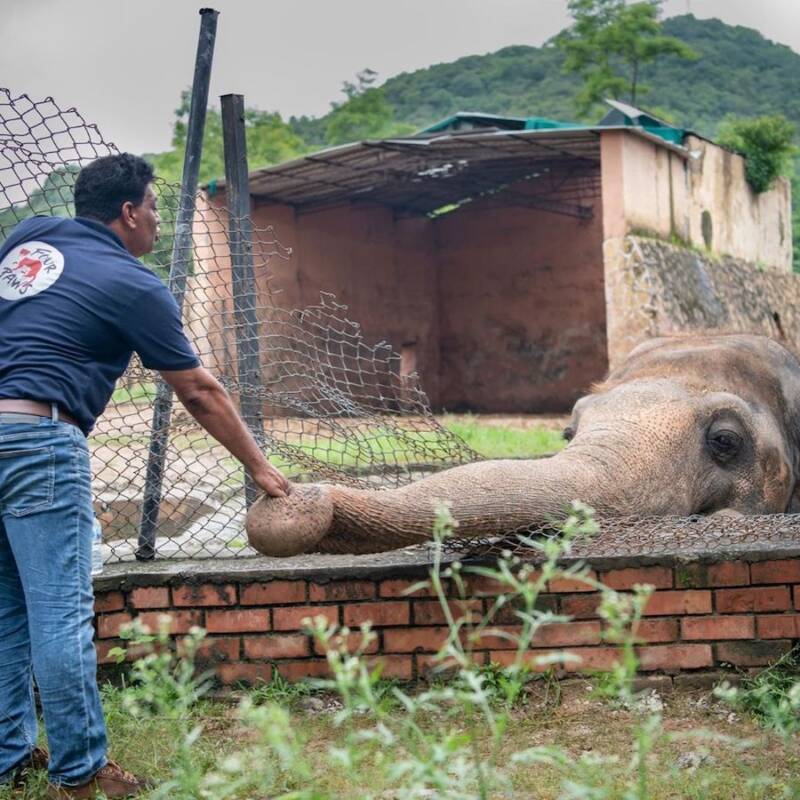 InstagramKaavan is most likely headed for a more animal friendly and communal elephant sanctuary in Cambodia.

It appears as though everything isn’t lost quite yet for Kaavan. Together with wildlife veterinarians and experts, Four Paws conducted Kaavan’s medical examination and found him fit for travel.

“Following the checks, which confirmed Kaavan is strong enough, steps will now be taken to finalize his relocation to an animal sanctuary potentially in Cambodia,” said Bauer.

Head Veterinarian at Berlin’s Leibniz Institute for Zoo and Wildlife Research Dr. Frank Göritz shared his full support with the analysis. While he agreed that Kaavan’s isolation and boredom have led to troubling cognitive issues — the animal is physically capable of another chance.

“Overall, the results from his blood tests are good,” he said. “And his general health condition allows him to be relocated.” 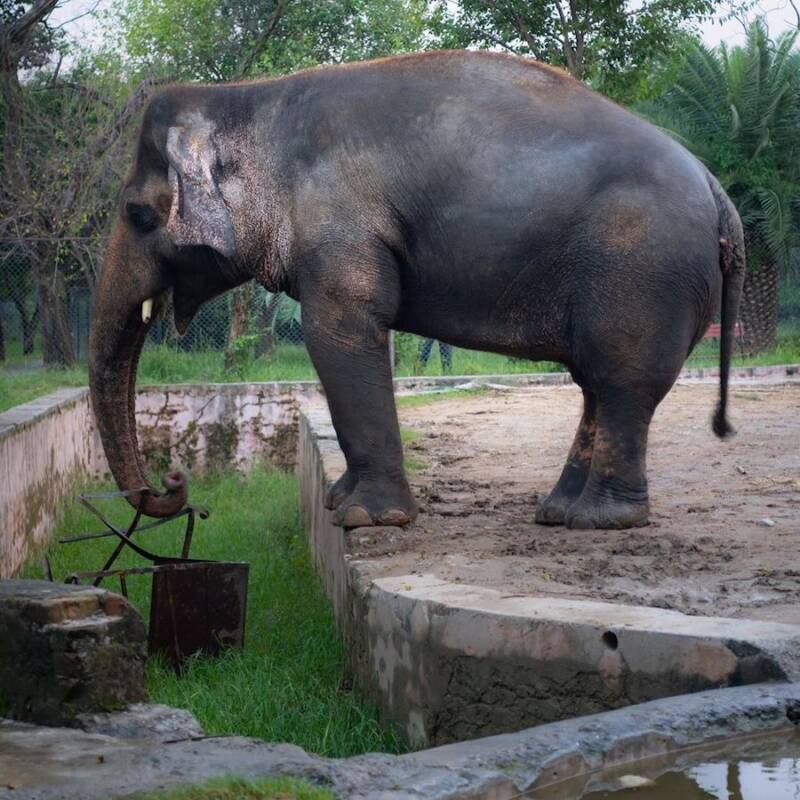 InstagramSupport for the elephant grew drastically in 2016, when he garnered his nickname and the attention of celebrities like Cher.

This isn’t the first time the depressed state of a captive elephant captured the world’s attention. In 2019, Flavia, “the world’s saddest elephant,” died after 43 years alone in a Spanish zoo. Flavia had been forcibly removed from her herd of wild Indian elephants when she was just three and spent the remainder of her life in zoos deeply depressed. But Kaavan has a brighter future.

Ultimately, Kaavan’s story is both dispiriting and cathartic. Though he endured decades of neglect and loneliness, Kavaan has at least been given another chance at life.

After learning about Kaavan the “world’s loneliest elephant” and his new lease on life, check out these 21 interesting facts about elephants. Then, learn about the German zoo that considered feeding its animals to each other in order to stay afloat during the COVID-19 pandemic.