From singing trees to laser harps to vegetable clarinets, these weird musical instruments are as spectacular as they are strange. 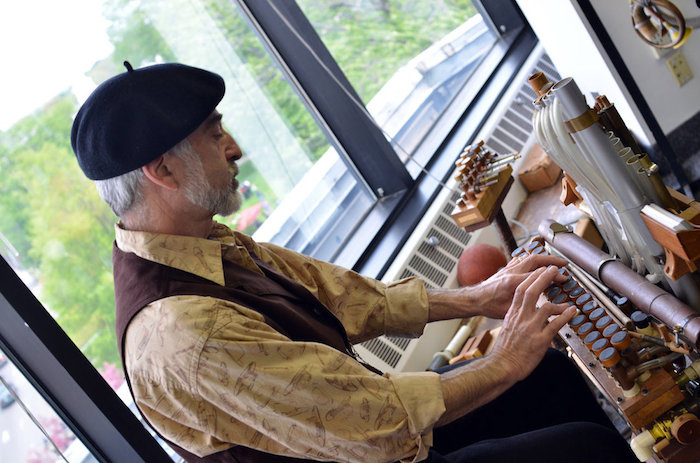 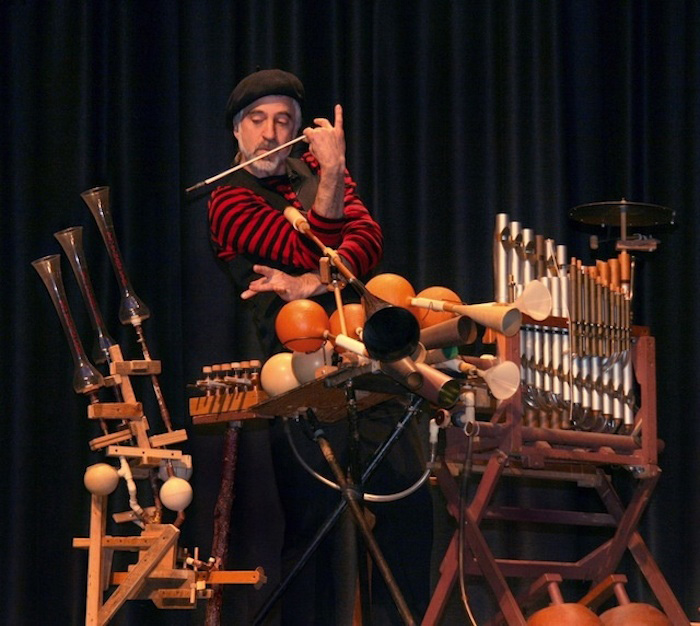 Known as the Dr. Seuss of music, Leonard Solomon is the proud creator of the Majestic Bellowphone. While it looks like something that the Grinch might find underneath Whoville’s Christmas tree, don’t be fooled by its odd appearance. Handcrafted from the likes of train whistles, coat hangers, toasters, bike horns and bits of brass, the Bellowphone can hold a rather decent tune and has tackled everything from Mozart to Brahms.

It doesn’t stop there for the cabinetmaker-turned-musician. Solomon has been building his crowning glory, the Oomphalapompatronium, for the last 15 years as a ‘sweeter’ sister to the Bellowphone.

Solomon’s symphony of strange sounds has been heard around the world and the mad musician shows no signs of slowing down. As if that wasn’t exciting enough, he also juggles occasionally while playing. Have a listen of the beautiful Bellowphone in action. 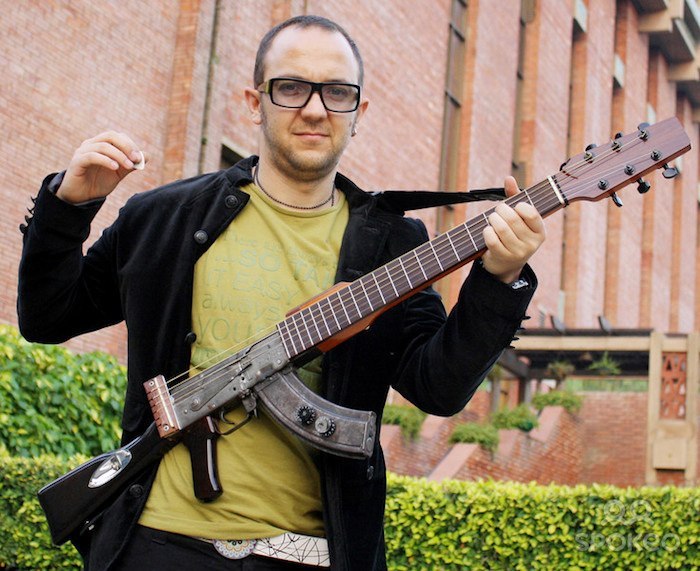 “Make music, not war” is the brainchild of César Lopez, an inventor who has dedicated his life to transforming instruments of death into something all together more beautiful—and life restoring. The AK-47 guitar, named the ‘Escopetarra’, takes its mantle from the Spanish words for shotgun and guitar. Lopez invented the instrument in 2003 as a poignant response to the violence that has long plagued his hometown of Bogotá, Colombia. 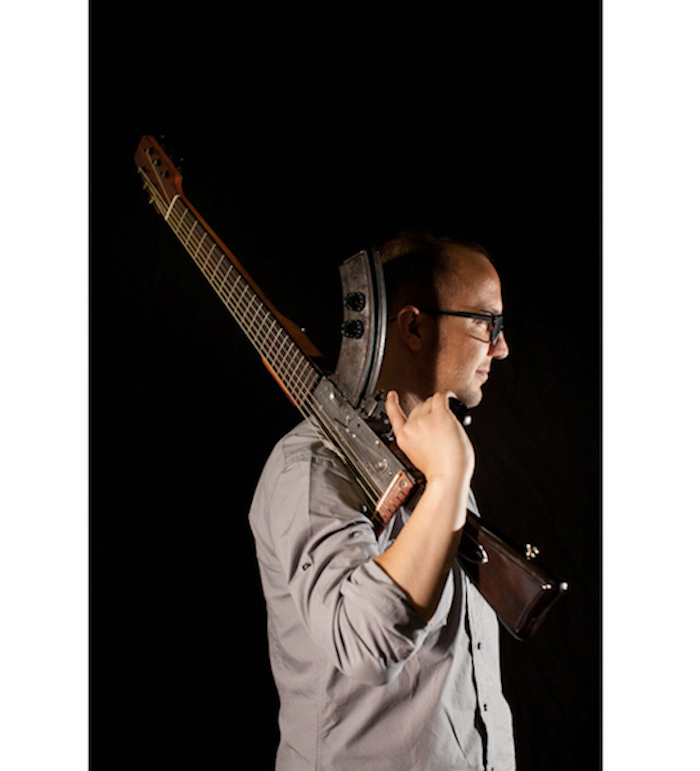 The Escopetarra is designed to challenge the destructive capabilities of weapons with the generative powers of art, with the Colomobian peace activist saying to his peers that “if the weapon, which was designed to kill, can be changed, then why can’t humans change too?”

The guitar’s symbolic beauty has been recognized by high profile artists from across the world, and was even commissioned for Paul McCartney among others. One of the twelve repurposed AK-47’s can now be seen on display at the United Nations Headquarters. 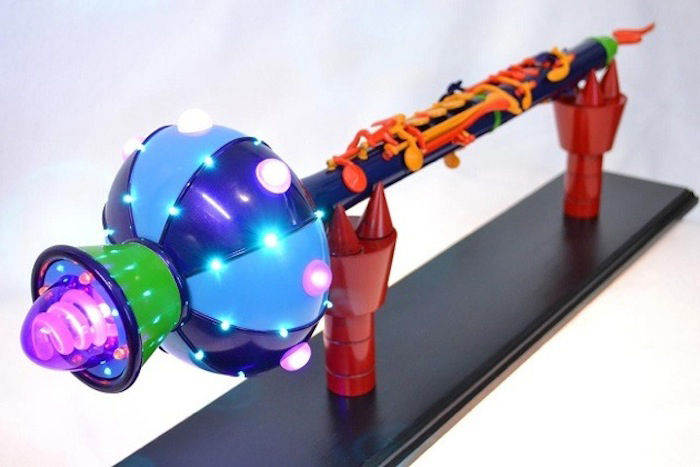 What began as animated musical madness for the small screen quickly turned into a convincing “Futurama” real life replica. The Holophonor, a space age clarinet that projects holograms when played, became the latest project of movie buff Volpin Props when a client asked for a copy of Futurama’s favorite instrument. 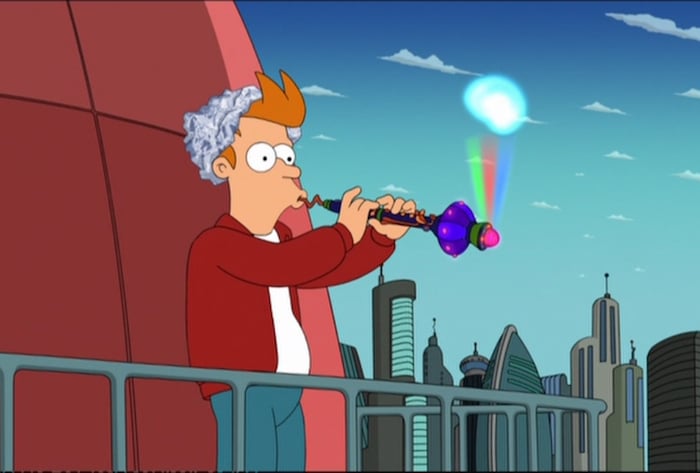 Unfortunately, the instrument doesn’t yet project holograms—or many musicians capable of generating them. According to the TV series, only two or three people in the universe who can play it well enough to do accomplish that. But what it lacks in holograms, it makes up for in illuminated LED lights: 54 of them are fitted all over the recycled thrift store clarinet, strobing and fading just like the original.