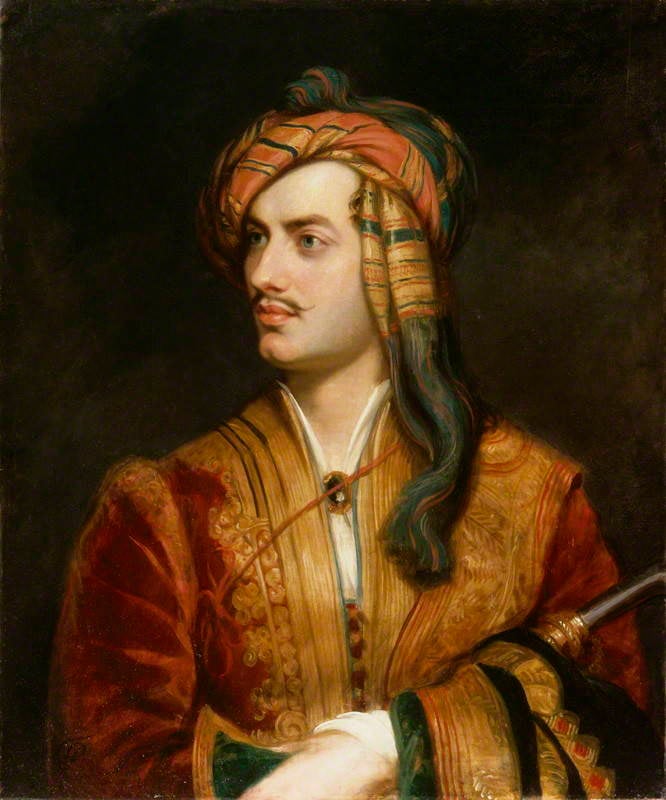 Lord Byron was lucky right from his birth in 1788 — besides his deformed right foot. He wasn’t supposed to inherit the title Barony of Byron of Rochdale by which he’s remembered. Nevertheless, by age 10 it was his, along with vast tracts of land and crazy amounts of money. He took an early interest in poetry, which he used as a means to say whatever he wanted without being held accountable.

Byron’s work definitely had arrogance — he often treated poetry as an elaborate revenge mechanism. He used it to publicly insult the likes of his fellow poets Robert Southey and Coleridge and Whitman, whom he relentlessly mocked as humorless drips who only got published because they paid someone off.

As wild as Byron’s work life was, his private life was even wilder. Authorities at the University of Cambridge told Byron that dogs were not allowed in rooms, so Byron adopted a pet bear. Later, after a few books had made him the toast of London, Byron reconnected with his long-lost half-sister Augusta, whom he impregnated. Then he married a rich heiress, but couldn’t seem to keep his hands off his sister, so the heiress deemed him insane and filed for divorce.

In 1816, surrounded by rumors, Byron left England for Percy Bysshe Shelley’s home in Switzerland. He was present while Mary Shelley composed Frankenstein. Or he may have been sleeping with her sister in the next room; accounts differ.

By the end of that year, Byron moved to Italy, where he taught himself Armenian and rewrote the Bible with what he thought were better stories. While living in Ravenna, Percy Shelley recalled that Byron let “five peacocks, two guinea hens, and an Egyptian crane” roam freely in his home — insisting that they were reincarnated souls.

Byron eventually sold an estate he held in Scotland and gave the money away in Greece, which was fighting for independence and had invited him (and his money) to come and help — despite his complete lack of military experience. A sudden illness ended his life at age 36 before he could see a single battle.

However, to this day Byron (and his money) are remembered as heroes of the Greek revolution — and as one of history’s weirdest people.