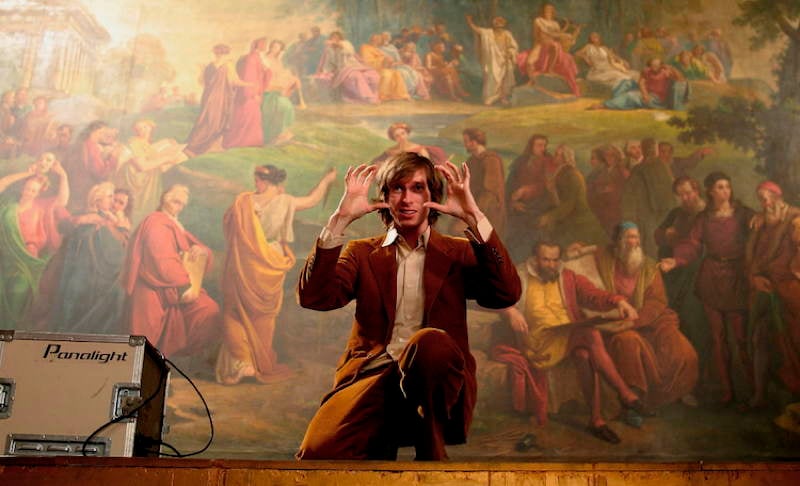 With recent hits like ‘Moonrise Kingdom’ and the classic ‘The Life Aquatic’ under his directing belt, you’d be forgiven for thinking that Anderson deals exclusively in the silver screen. In between movies, though, Anderson dabbles in TV commercial production, employing the same “bizarre meets whimsical” directorial approach that he does in his films. Here are some of his finest commercial works.

Kicking things off with the finest American Express ad you’ll ever see, Anderson’s “My Life, My Card” is a superbly crafted satire of how cinema goers imagine his movies are made.

Featuring Jason Schwartzman among other Anderson regulars, the fictitious film set full of geishas and explosions goes to show that he can inject just as much creativity into a commercial as a bigger budget blockbuster.

Many of the Anderson movies we love wouldn’t be complete without the help of the tremendously talented Roman Coppola. Responsible for co-writing ‘Moonrise Kingdom’ and having a hand in the production of several other Anderson films including ‘The Life Aquatic’, this retro-feel Stella Artois ad was co-directed by the duo and is set in a suave bachelor pad, complete with a lady swallowing couch and a rather nifty self-pouring Stella machine.

Name-checking the best of the big screen’s voice-activated automobiles, the Hyundai Azera ad is a creative spin on the traditional car commercials that clog up our televisions. Promoting the speech responsive ‘bluelink’ feature on the car company’s new models, the ad pays tribute to the classic ‘Chitty Chitty Bang Bang’ as well as a certain submerged Anderson film we may well recognize.

Coursing through the vintage montages we often find amid Anderson’s works are dark comedies centered around dysfunctional families. It’s no surprise, then, that his IKEA commercial, part of the store’s ‘Unböring’ campaign, brings the real life drama of a living room argument to the shop floor in true Tennenbaum style.

One of six in a series of TV spots, Anderson’s AT&T ads are a play on phone service marketing that step quite literally outside the phone box. Featuring balmy backdrops, a perfect punchline and a few famous faces including ‘Juno’ star J.K. Simmons, Anderson’s AT&T sequences wouldn’t be out of place in the cinema.

Bringing back the directing talents of duo Anderson and Coppola, PRADA commissioned several shorts in 2013 to promote their fragrance, ‘Candy’. Set in the ever so stylish French suburbs, the short sees two young men vying for the attention of a woman only Wes Anderson could dream up. PRADA also presented a 7-minute short film entitled “Castello Cavalcanti”, which was directed by the amazing Anderson as well.

Stepping into the often zany world of Japanese advertising, Anderson enlisted the acting talents of Brad Pitt for a summery seaside TV spot to promote Soft Bank, a telecommunications company. While inspired by the 1953 Jacques Tati film, ‘Les Vacances de Monseieur Hulot’, the commercial is actually promoting the wonder of technology, not nature. In any case, the commercial’s aesthetic vibrance is undoubtedly of Anderson’s doing.

Somewhat different from the stylistic sequences we might expect from Anderson, the animated Sony Xperia ad is a charming journey into the imagination of an 8-year-old boy from Long Island. After asking around 70 children how they thought an Xperia phone worked, Anderson and co captured the most creative one and used it for the commercial.

Enjoy these fantastic Wes Anderson ads? Then be sure to see our other posts on surrealists artists and vintage ads that would not fly today.