Inside Whittier, The Remote Alaskan Town Almost All Under One Roof

How do the residents of Whittier, Alaska live and -- perhaps more intriguingly -- why do they choose to live this way? 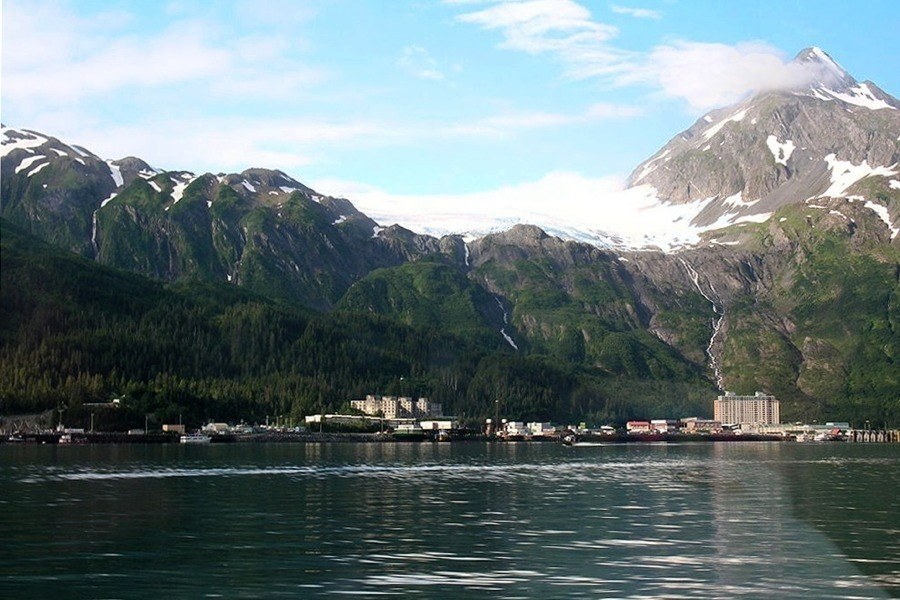 If you have to go to the grocery store, the post office, the laundromat, or even the hospital or the police station, chances are that any one of those trips will involve a car, train, bus or bike ride.

But if you’re a resident of Whittier, Alaska, not just one of those trips, but all of them can be done in a very short walk that doesn’t even take you outdoors.

That’s because this peculiar town on Alaska’s southern coast is so remote and so constantly battered by inclement weather that almost the entire city — its residences, business, and public services — exists under one roof. 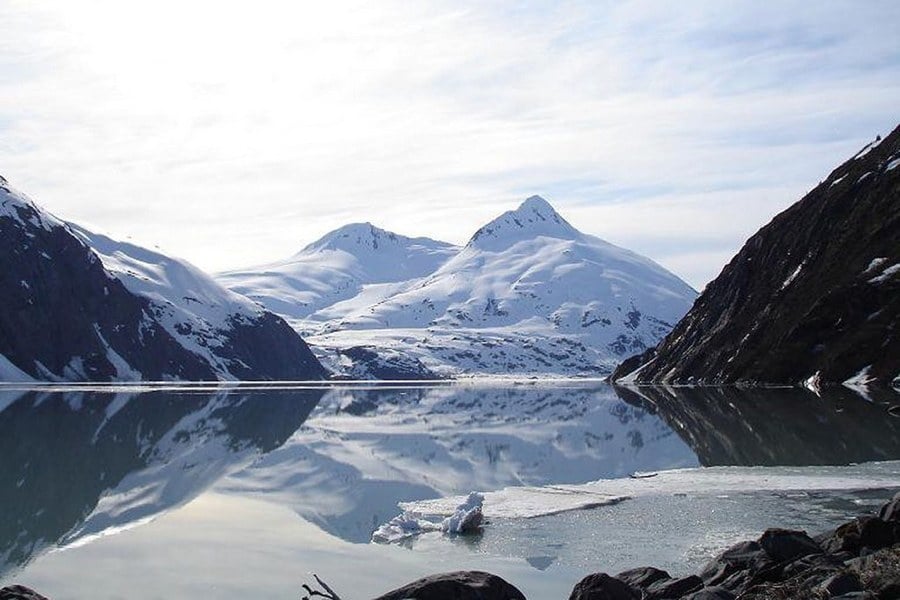 Although it sits just 60 miles southeast of Anchorage, Whittier is a world away, a remote outpost enveloped by mountains on one side and ocean on the other.

Whittier’s own personal patch of ocean is Prince William Sound, a gorgeous yet seldom traveled body of water only known to outsiders as the site of the calamitous Exxon Valdez oil spill in 1989.

Despite that deadly oil spill and the increasing effects of climate change, Prince William Sound is still home to an array of stunning wildlife, including bald eagles, killer whales, and sea otters. 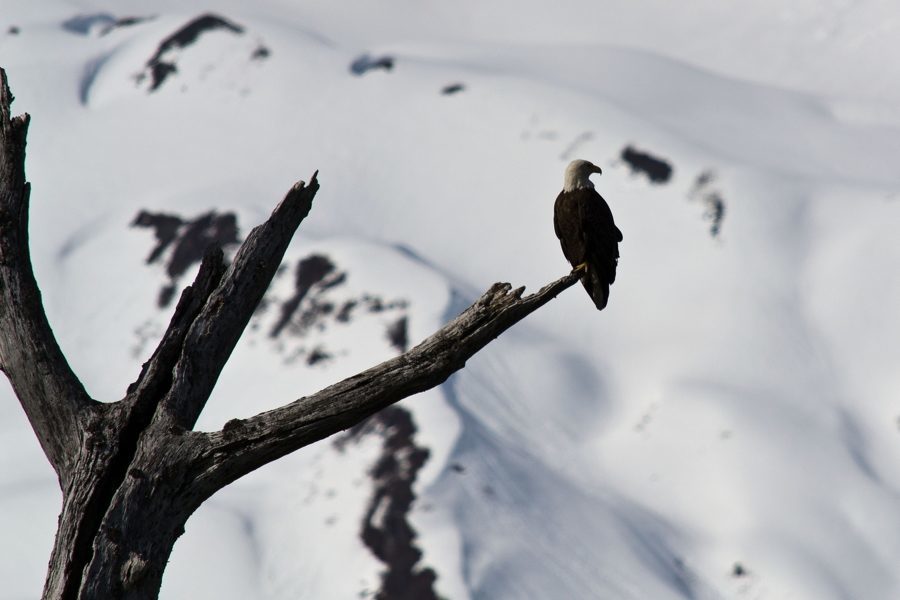 And the amount of wildlife positively dwarfs the amount of people, especially in Whittier, which is home to just 218 people. And what’s even more remarkable than the town’s tiny size is the fact that virtually all of its residents live inside just one 14-floor building, Begich Towers. 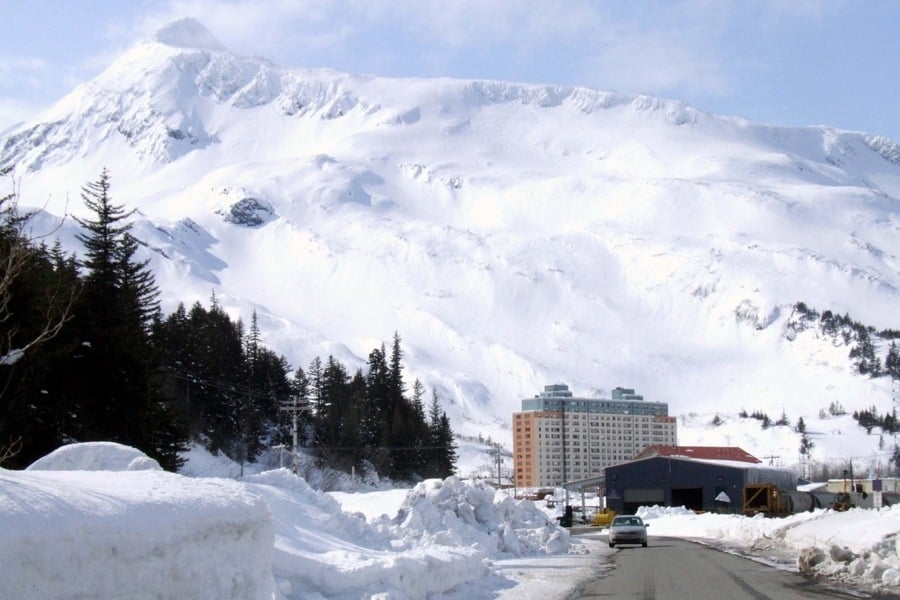 Begich Towers was completed in 1957 as a Cold War outpost for the U.S. Army, which then abandoned the facility by the mid-1960s. In 1974, the large, extraordinarily secure building became a large condominium complex, ideally suited to shield residents from the harsh Alaskan climate.

Because of the unforgiving climate, many residents of Begich Towers take advantage of the fact that the building essentially is the town, including a hospital, police department, post office, church, grocery store, and much more all under one roof.

With such astounding winds and precipitation, it’s only fitting that the town would essentially bunker into this one, massive, fortified building. After all, the towers were built to survive bombings and did in fact survive the tsunami caused by the 1964 earthquake that remains the most powerful in the recorded history of North America.

While Whittier’s harsh climate keeps its residents indoors as much as possible, things aren’t exactly as you might guess. Whittier isn’t simply snowed under and blasted with freezing temperatures all year long. The thermometer will top 50 degrees Fahrenheit for half the year, and even in January, the average low is still as “high” as 23 degrees.

However, Whittier is literally the wettest city in America, meaning that it’ll basically rain for six months straight and then snow for the other six (at 22 feet of snow per year, it receives 1,000 times the national average). On top of that, 60-80 m.p.h. winds routinely pummel the area.

Given conditions like that, it’s hardly surprising that almost everyone confines themselves to Begich Towers.

Aside from the towers and an inn, just a tiny number of shacks, small buildings, and eateries line the coast. There’s just one other major building in Whittier, and it’s even larger than Begich Towers. 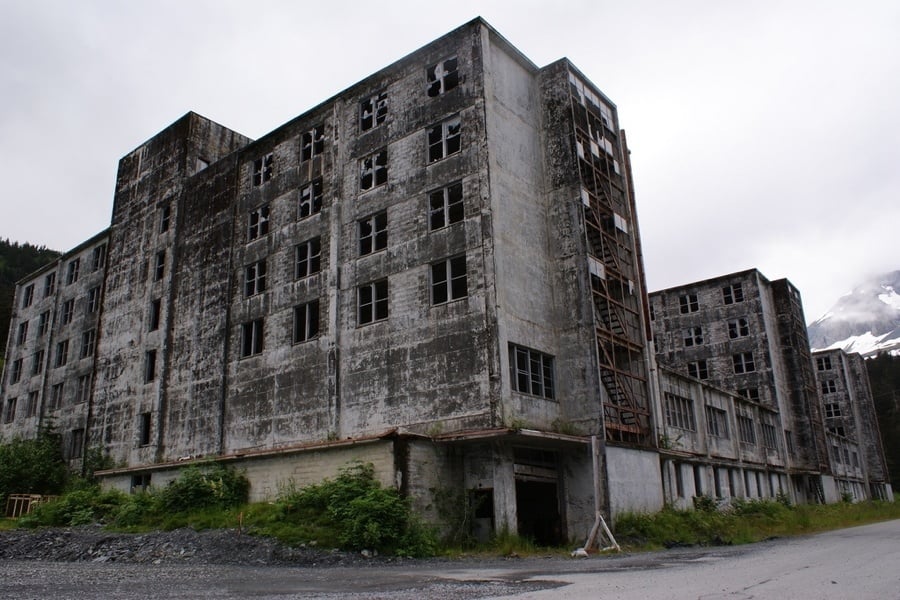 The Buckner Building, like the towers, was constructed as a multi-purpose Army facility, a city under one roof, in the 1950s and abandoned the following decade.

However, unlike Begich Towers, the Buckner Building has remained abandoned for several decades. Left to rot are its hospital, theater, bowling alley, jail, rifle range, bakery, lounge, library, and much, much more.

With such a wealth of abandoned real estate, the Buckner Building has attracted scores of out-of-town amateur explorers, including two daredevils who went viral with a video of themselves skiing though the building’s stairways and halls. 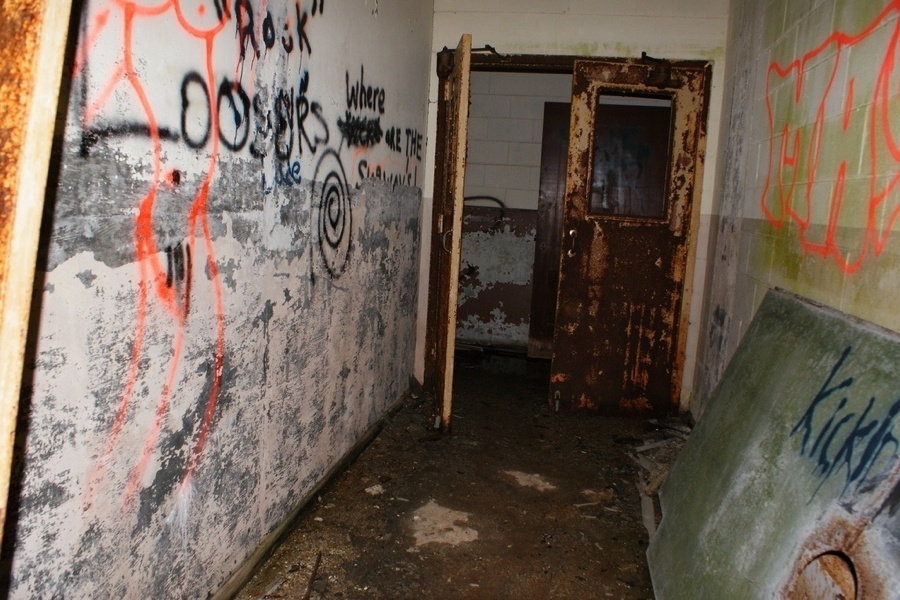 Lawrence/Flickr Inside the Buckner Building.

Because of stunts like this, over the past few years, local authorities have had to increase efforts to arrest trespassers, who are at risk of being crushed by falling debris and inhaling asbestos.

For trespassers or any other out-of-towners looking to come to Whittier, there is just one overland route into the city: the Anton Anderson Memorial Tunnel (named for the former Alaska Railroad chief engineer and Anchorage mayor). At two-and-a-half miles, it’s the second longest highway tunnel in America.

But it’s not at all wide, only able to support car or train traffic in one direction at a time. Thus, a computerized system dictates the flow of traffic, allowing cars to come through just once an hour and shutting down completely at around 10:30 p.m. each night. 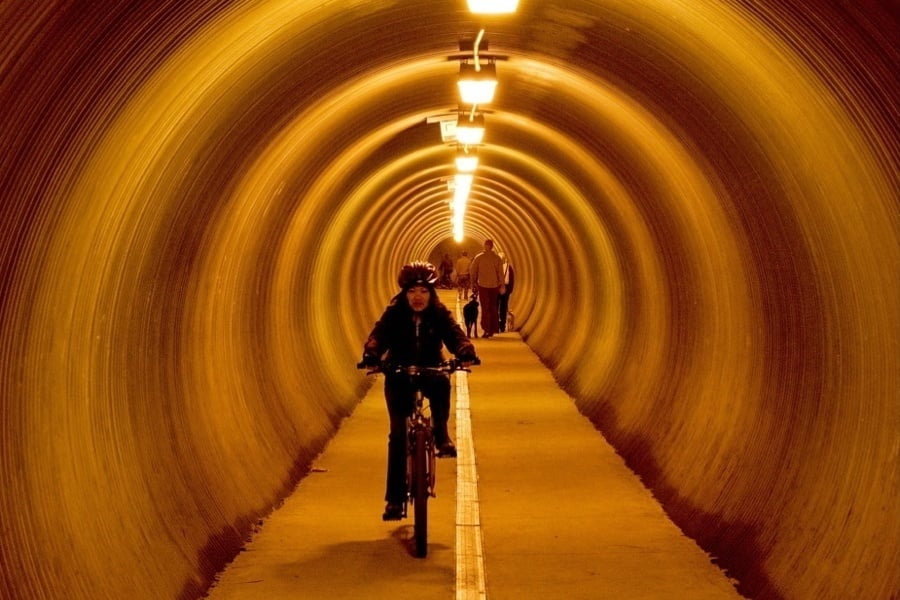 And the Anton Anderson Memorial Tunnel isn’t the only one in town. Whittier’s rough climate necessitates other underground tunnels that connect the few buildings. Between Begich Towers’ everything-under-one-roof approach and the underground tunnels, Whittier residents can avoid stepping foot outdoors for very long periods of time.

Nevertheless, as cut off from the outside world as they are, Whittier’s 218 residents — many of them transplants from warm weather climates like American Samoa, Guam, the Philippines, and Hawaii — love their remote home. You’d have to, or else why would you live in a place like this? 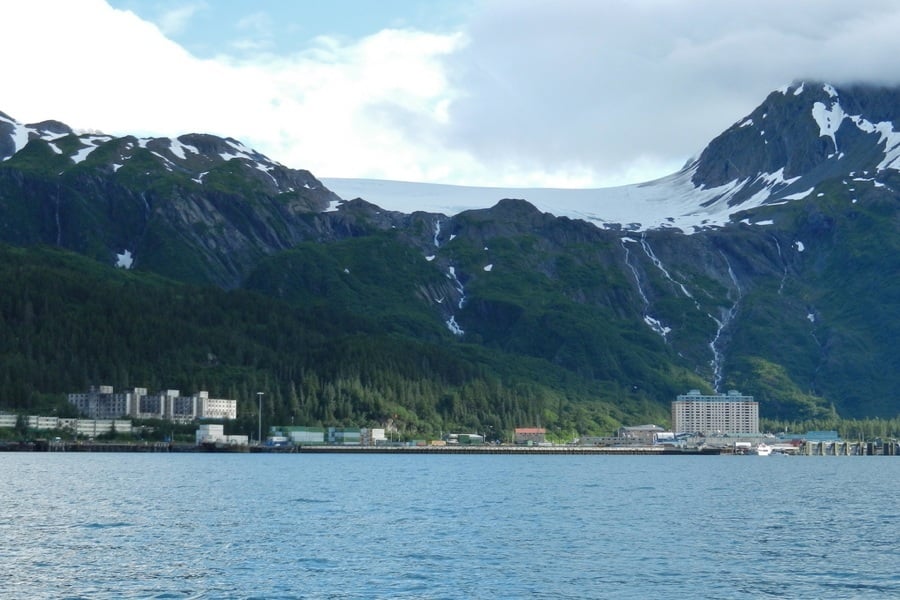 For most residents, the answer to that question is Whittier’s safe, peaceful atmosphere, its communal spirit, and its astounding natural beauty. Whittier is, in the words of resident — and California transplant — Brenda Tolman, “God’s little acre.”

Next, venture beyond Whittier and check out the six most remote places in all of human civilization. Then, get even colder than Whittier, Alaska with these unbelievable Antarctica facts and pictures.