Go inside the unsolved mystery of D.B. Cooper, the infamous skyjacker who may have been a paratrooper and ex-convict named Robert Rackstraw.

On November 24, 1971, a businessman who called himself Dan Cooper hijacked a flight from Portland to Seattle, collected a ransom, and parachuted away with the money. But who was DB Cooper? No one knows for sure, but some believe he was a man named Robert Rackstraw. 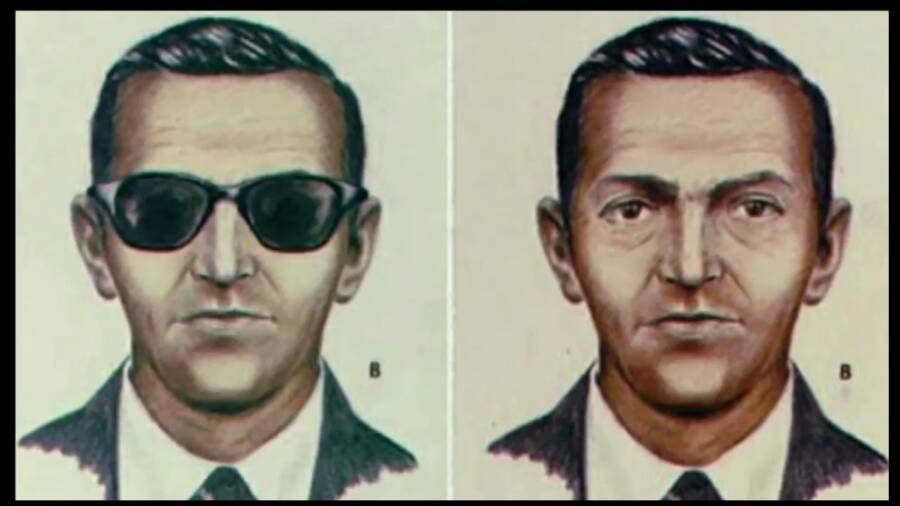 A Vietnam War veteran, paratrooper, and explosives expert, Rackstraw certainly had the skillset to hijack a plane and escape with ransom money. He also appeared to have a reckless disregard for the law. Throughout his life, he was accused of a wide variety of crimes, including murder. And when asked if he was DB Cooper, Rackstraw didn’t outright deny it.

Here’s why some think that Robert Rackstraw was DB Cooper, and why others believe that the infamous hijacker may have been someone else.

Inside The Hijacking Of Flight 305

At first, no one on Northwest Orient Airlines Flight 305 paid much attention to the dark-haired businessman sitting in 18C. Quietly drinking a bourbon and soda and smoking a cigarette, he seemed like a normal passenger on his way to Seattle. But then, he told a flight attendant that he had a bomb.

The man the media later called DB Cooper — he’d actually identified himself as Dan Cooper — calmly explained his terms to the flight attendant.

When Flight 305 landed in Seattle, the oblivious passengers disembarked, along with most of the flight crew. Cooper collected his ransom money and the parachutes and ordered the pilot to fly to Mexico City. Reluctantly, Cooper also agreed to let the plane make a refueling stop in Reno, Nevada.

But when the plane touched down in Reno, the hijacker was nowhere to be found. Cooper, the money, and two of the parachutes had vanished. 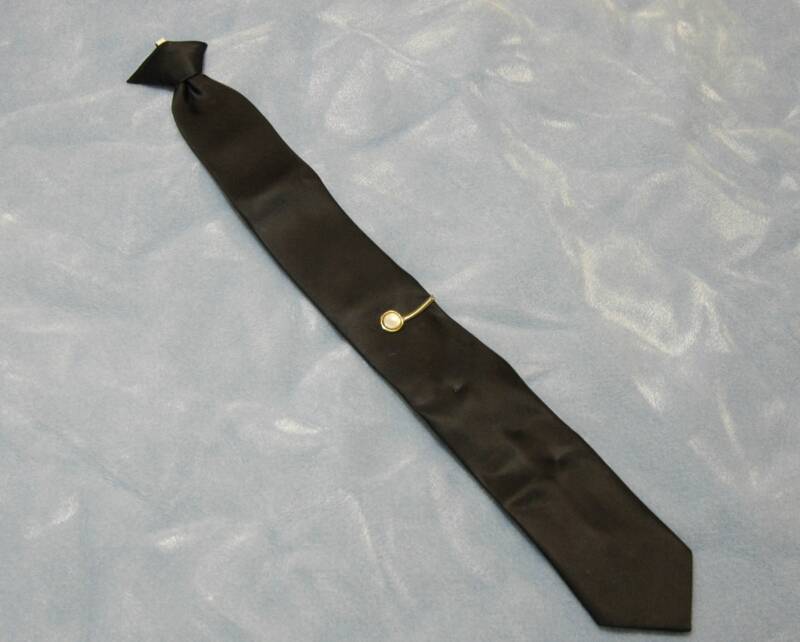 Federal Bureau of InvestigationThe mysterious hijacker left his black tie behind on the plane.

Over the next 50 years, the FBI struggled to answer a mystifying question: who is DB Cooper? Authorities also had no idea where the mysterious man could’ve possibly gone after he escaped, assuming that he had even survived his apparent jump from the plane in the first place.

The search for the infamous plane hijacker led to some promising clues along the way. In 1980, a young boy came across $5,000 in ragged bills in Oregon, which matched Cooper’s ransom money.

Almost 30 years after that, cold case investigators found a “decades-old parachute strap” while scouring the woods of the Pacific Northwest.

And throughout the course of the FBI’s official investigation, authorities looked into more than 800 suspects. But only two dozen were seriously considered — and the real perpetrator remains uncaught.

To this day, DB Cooper’s identity still eludes investigators. But some are adamant that the hijacker was a Vietnam veteran named Robert Rackstraw.

Why Some Are Convinced That Robert Rackstraw Was DB Cooper

In 2016, the History Channel aired a miniseries called D.B. Cooper: Case Closed? In the show, filmmaker Thomas Colbert makes the case that former soldier and ex-convict Robert Rackstraw was DB Cooper all along.

Rackstraw was a Vietnam War veteran, a former Special Forces paratrooper, an explosives expert, and a pilot. In other words, he seems to have had the necessary skills to hijack a plane and parachute to safety.

What’s more, Rackstraw seemed indifferent to the bounds of the law. He was, at various times, arrested for check fraud, aircraft theft, possession of explosives, and even the murder of his stepfather. “I was acquitted of everything as I recall,” Rackstraw dryly told the Washington Post.

The FBI even weighed Rackstraw as a suspect. Though authorities dismissed him for being too young, Colbert claims that many agents continued to believe that Rackstraw was the hijacker. He says that higher-ups at the agency avoided telling the truth about Rackstraw because of his CIA ties.

“This has been a cover-up, they’re stonewalling,” Colbert said. “This is an old-fashioned scandal.” He also thinks that the higher-ups at the FBI are embarrassed that amateur sleuths were able to find Rackstraw. 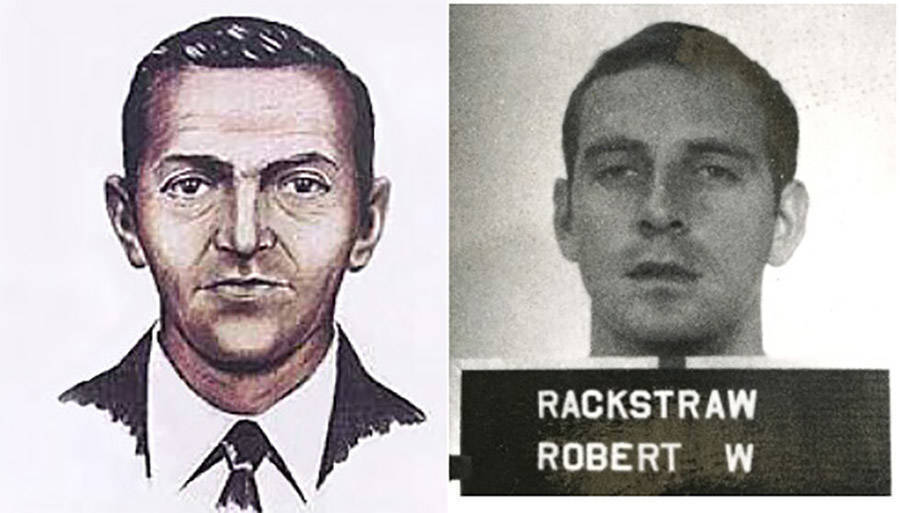 Wikimedia CommonsRobert Rackstraw is a compelling DB Cooper suspect, but he’s far from the only one.

He and his team of 40, which includes several former agents, also believe that Rackstraw left clues about his identity in a series of letters.

In two letters held by the FBI, which Colbert obtained through the Freedom of Information Act, Cooper supposedly wrote a number of codes. These were allegedly broken by Rick Sherwood, a Vietnam War codebreaker. According to Sherwood, one letter explicitly names Rackstraw as DB Cooper.

To Colbert, that’s enough to deem the case of DB Cooper solved.

“We now have him saying, ‘I am Cooper,'” Colbert argued. “Rackstraw is a narcissistic sociopath who never thought he would be caught. He was trying to prove that he was smarter than anyone else. But he couldn’t fight 1500 years of brainpower on our team. We beat him.”

Still, not everyone is convinced.

Is The Case Of DB Cooper Solved? The Latest Updates On The Mystery

There’s no doubt that Colbert’s team makes a compelling case. But Rackstraw was far from the only person who could’ve pulled this off.

Many other suspects seem equally convincing, including Richard McCoy, who collected $500,000 in ransom before leaping out of a plane in Utah in 1972. Another theory posits that a woman named Barbara Dayton disguised herself as a man to pull off the heist to get revenge on the FAA for refusing to give her a commercial pilot license. Meanwhile, several others are convinced that their deceased relatives were the ones responsible.

What’s more, some insist that Rackstraw was never a serious suspect in the first place. Geoffrey Gray, who wrote one of the most definitive books on DB Cooper, Skyjack, didn’t even include Rackstraw in his work.

Even though the FBI officially closed their investigation into DB Cooper in 2016, fascination around the infamous hijacker clearly endures to this day. In 2021 alone, DB Cooper made numerous headlines.

In January, Tina Mucklow, a flight attendant who was the last person to ever see or speak to Cooper, came forward with her story for the first time. Just a few weeks later, a DB Cooper suspect named Sheridan Peterson — a war veteran and a skydiver — died in prison. And in August, a DB Cooper expert set out to dig along the Columbia River in hopes of finding new clues.

But is the DB Cooper case solved? Far from it. The case remains where it’s been since November 1971: a mystery. Even Rackstraw died in 2019, taking whatever he knew about DB Cooper to the grave.

In life, though, he often danced around the question of DB Cooper’s identity. Once, when he was asked on camera whether he was Cooper, Rackstraw didn’t outright deny it. Instead, he smiled and said, “I’m afraid of heights.”

After reading about the potential suspects behind who was DB Cooper, check out the five strangest unsolved mysteries in human history. Then, read up on the diamond heist that baffled the world.