Can Animals Have Down Syndrome? Inside The Truth Behind This Popular Internet Content

From Kenny the tiger to Otto the kitten, you've probably seen content about animals with Down syndrome. But what's the truth about their conditions? 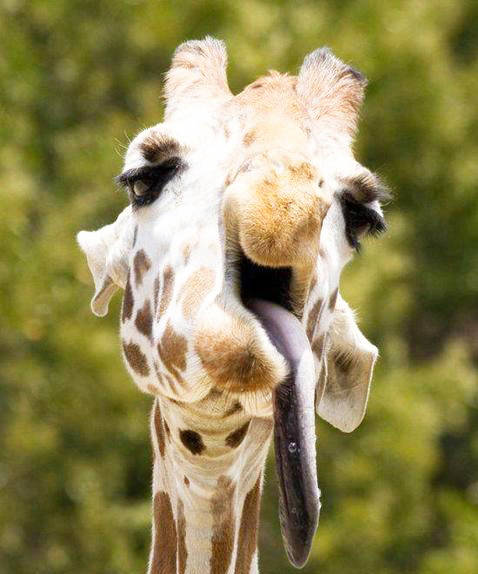 This giraffe numbers among the scores of animals with Down sydrome — or so the internet would have you believe.

A Google search for “animals with Down syndrome” yields pages upon pages of articles, videos, and images purporting to depict “inspiring” or “paws-itively adorable” creatures with this genetic disorder that results in various physical and mental disabilities.

A few of the specific “animals with Down syndrome” that frequently appear on the internet have even attracted their own quasi-followings online. Chief among them may be Kenny the tiger, a rare white cat rescued from an unethical breeder in 2002 by Arkansas’ Turpentine Creek Wildlife Reserve, where he lived until his death in 2008.

White tigers are extremely rare to begin with and Kenny was particularly unique because, in addition to his beautiful white coat, he suffered from genetic facial deformities including an abnormally short snout and wide face.

Then, online publishers and social media users took a look at Kenny’s face and made a rather large jump to the conclusion that he had Down syndrome.

In fact, it takes some careful scrolling through Google results before you see pages that are publishing the truth: the notion of animals with Down syndrome is almost completely fallacious.

The Truth About “Animals With Down Syndrome” 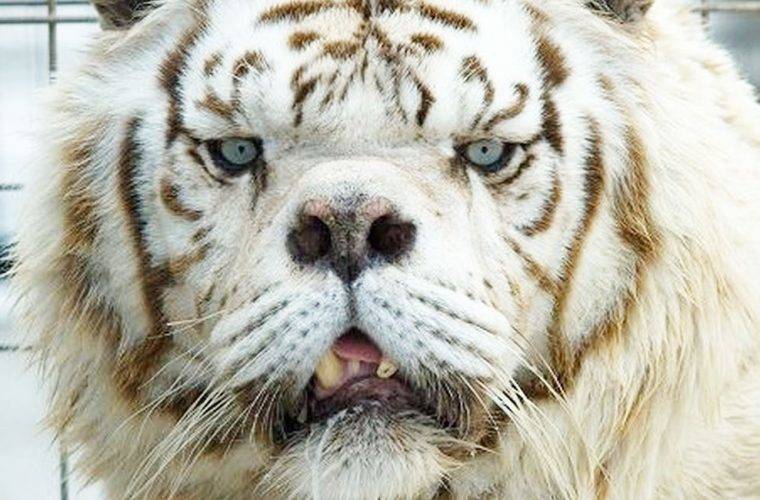 ppcorn.comKenny the tiger, a supposed animal with Down syndrome.

In truth, Kenny’s deformities are the result of generations of inbreeding rather than the kind of chromosomal mutation that accounts for Down syndrome in humans.

Because white tigers like Kenny are so rare in nature yet so desired for their unique fur, most that are alive today are the result of aggressive breeding programs that make heavy use of inbreeding between white tigers in order to try and keep the white fur trait alive.

The American Zoological Association actually banned these kinds of breeding practices in 2011, stating that:

Despite the sad truth about Kenny having long since been known, many still mistakenly believe he had Down syndrome. One online video about Kenny and his supposed Down syndrome (a video that mocks the condition, no less) has more than 1.2 million views:

And Kenny is far from the only feline to be falsely advertised as having Down syndrome.

Otto the kitten became an internet sensation in his home country of Turkey. When the tiny cat passed away at only a little more than two months old in 2014, online publishers reported that his early death was related to the effects of Down syndrome. 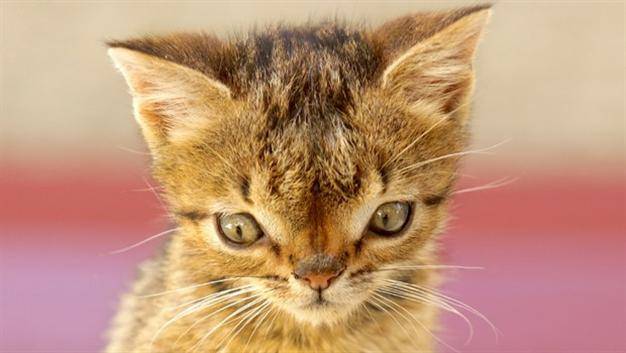 There’s just one problem: Cats of any kind, like virtually all animals, are unable to develop Down syndrome.

The Explanations For These Animals

Each human cell contains 23 pairs of chromosomes and Down syndrome appears in people affected by a genetic mutation that gives them three copies of chromosome 21.

The genetic makeup of non-human animals is too different from that of humans to conclude that the duplication of the same chromosome would have identical effects to the ones observed in humans. Furthermore, many animals don’t even have chromosome 21; cats, for example, have only 19 pairs of chromosomes.

The “animals with Down syndrome” plastered all over the internet actually have various conditions that may merely produce certain characteristics similar to those produced by Down syndrome in humans. Kenny the tiger’s wide-set eyes and short snout were caused by inbreeding, Otto the kitten’s abnormal facial features were never definitively explained but may have been caused by a genetic mutation or a hormone deficiency, and so on. 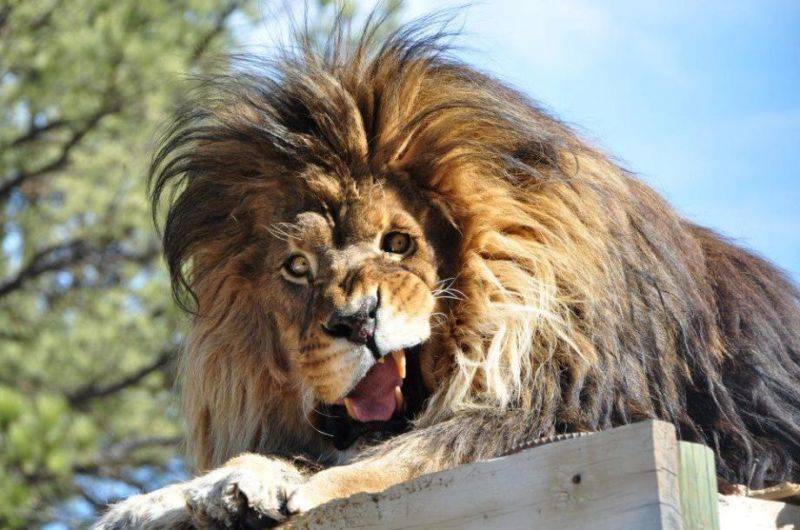 wimp.comA lion with facial abnormalities that is widely, and mistakenly, said to number among animals with Down syndrome.

While the notion of animals with Down syndrome is a myth, apes are the one animal that seems to sometimes exhibit a genetic defect at least comparable to Down syndrome. Apes have 24 pairs of chromosomes as opposed to humans’ 23 and some apes have been diagnosed with having an extra copy of chromosome 22, which is similar to chromosome 21 in humans. 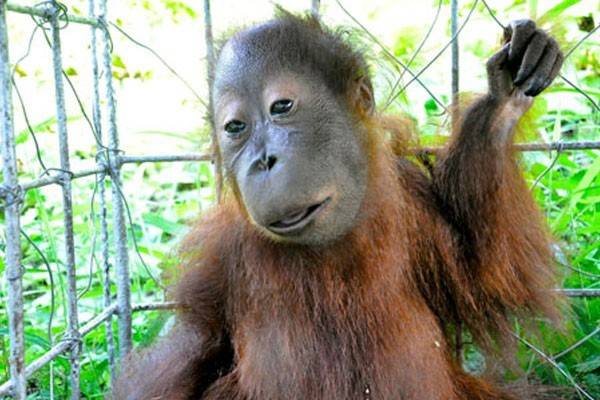 mundo.comA chimp with facial deformities due to a genetic defect.

According to a study from 2017, one chimpanzee with an extra chromosome 22 experienced growth defects, heart problems, and some of the other symptoms “common in human Down syndrome.”

Nevertheless, the researchers only went so far as to state that this chimp’s condition was “analogous” to Down syndrome, not that it was Down syndrome. Furthermore, this case was only the second recorded instance of this particular chromosomal defect in a chimpanzee and researchers are still unsure of much about this disorder.

Either way, whether chimp or kitten or tiger, the “animals with Down syndrome” you might find on the internet are not what online publishers claim them to be.

After this look at the mistaken belief in animals with Down syndrome, have a look at Earth’s strangest creatures and its ugliest animals.