A team of volunteer investigators claims to have uncovered physical evidence that will reveal D.B. Cooper's landing site. 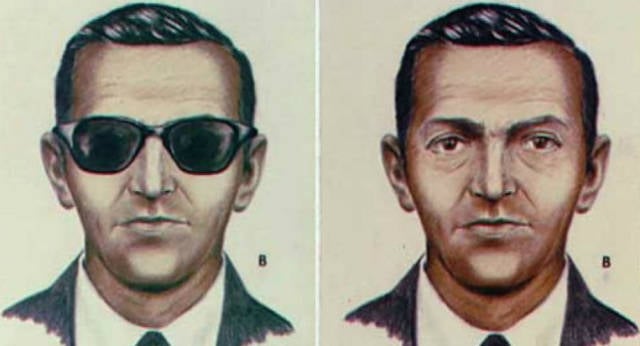 This heist has fascinated the public for the last 40 years. On November 24, 1971, a man calling himself “Dan Cooper” walked into the Portland International Airport and purchased a one-way ticket for a short flight to Seattle. Once he had boarded the Boeing 727 aircraft and was comfortably in the air, Cooper revealed that he had a bomb in his briefcase, and laid out his demands.

Cooper requested that the police bring him $200,000, four parachutes, and a refueling truck for the plane when they touched down in Seattle. The police complied, and Cooper released all the passengers aboard the plane in Seattle. He then kept three crew members with him as the plane flew from Seattle to Reno, Nevada. It was somewhere along this route that Cooper jumped out of the airplane, along with his money, and disappeared forever.

Police never captured Cooper, or discovered his real identity. Some 20 dollar bills that washed up on the banks of the Columbia River in Washington have been theorized to be from Cooper’s ransom money. Nevertheless, the location of D.B. Cooper’s landing remains one of the great mysteries in the history of crime.

However, it may be a mystery no longer. This new evidence may help confirm the team’s longstanding theory that the real identity of Cooper is Robert Rackstraw, a Vietnam War veteran who was questioned in connection with the hijacking. Rackstraw denies the accusations and was never charged by the FBI.

Now, the team is turning over all of their evidence to the FBI, which took this case of the active investigations list last year.

Next, check out the five strangest unsolved mysteries in human history. Then, read up on the diamond heist that baffled the world.