From its anti-immigrant origins to the Nazi-esque salute children used to make while saying it, this is the dark history behind the Pledge of Allegiance that you didn't learn in school. 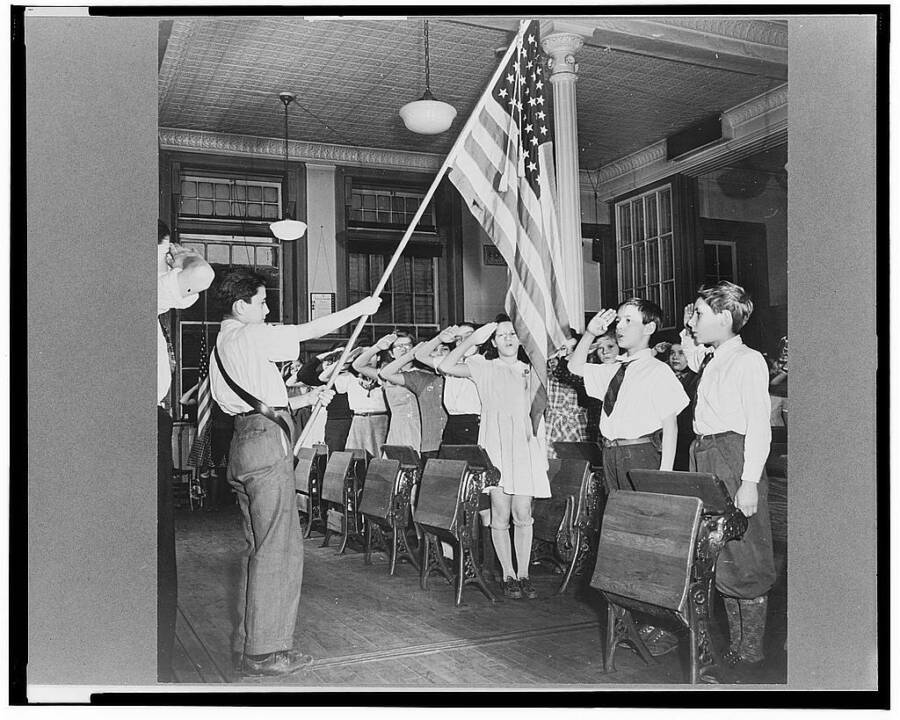 Library of Congress Students pledging allegiance to the flag in New York. 1943.

Written more than 100 years ago and formally adopted by Congress in 1942, the Pledge of Allegiance has seen more than its fair share of controversy over time.

With the origins of the pledge steeped in nativism and white nationalism, controversy spiked during the rise of fascism in Europe during the first half of the 20th century. Even today, the pledge continues to raise legal concerns regarding possible violations of the U.S. Constitution.

Who Wrote The Pledge Of Allegiance?

As the History Channel reported, the idea of adopting a national oath started gaining traction in 1885 after Civil War veteran Col. George Balch penned a loyalty vow to the American flag. That oath read: “We give our heads and our hearts to God and our country; one country, one language, one flag.”

As an educator, Balch supported the idea of teaching children loyalty to the United States of America, particularly the children of immigrants. Balch’s oath was adopted by many schools as well as the Daughters of the American Revolution and the Grand Army of the Republic. 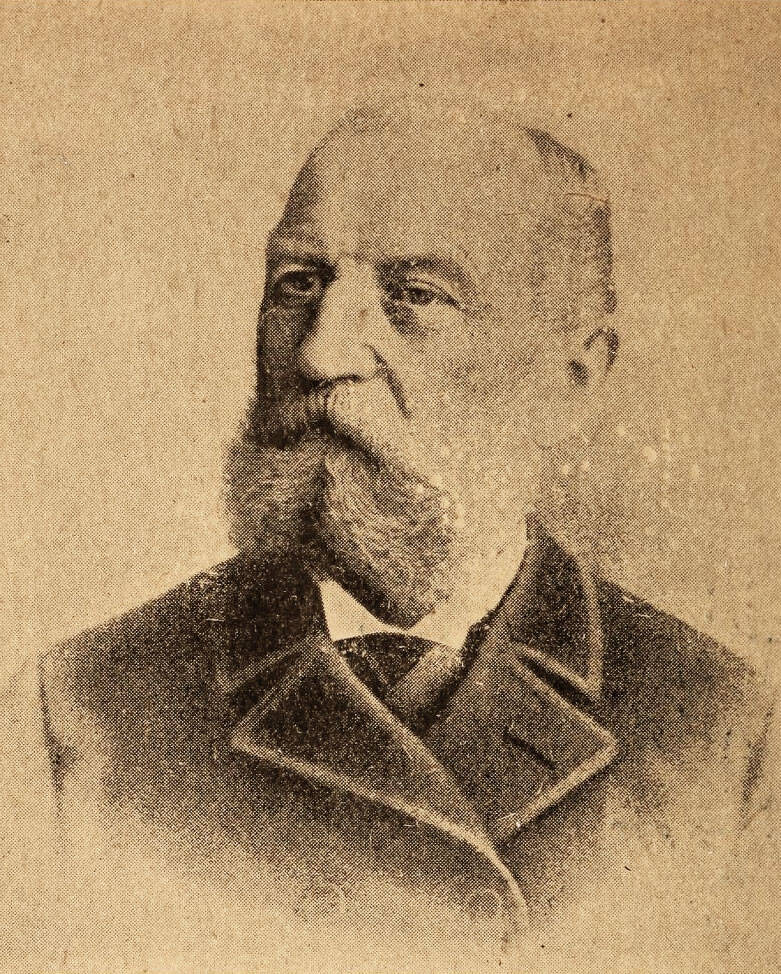 In 1892, a Christian socialist and former Baptist minister named Francis Bellamy was tasked to write a new pledge for ceremonies surrounding the 400th anniversary of Christopher Columbus’s journey to the New World.

As the Smithsonian Magazine reported, a key element of accomplishing that goal was a new salute to the flag for schoolchildren to recite in unison. With the deadline for the program rapidly approaching and the salute unwritten, Bellamy’s boss instructed him to write it up himself.

Bellamy said his boss told him, “You write it. You have a knack at words.”

As Bellamy later recounted, the first words to the opening passage of the salute easily flowed onto the paper: “I pledge allegiance to my flag.” After a couple of hours of “arduous mental labor,” as Bellamy described it, he was able to produce the tribute to the flag that is close to the one we use today:

“I pledge allegiance to my flag and the Republic for which it stands — one Nation indivisible — with liberty and justice for all.”

Shortly afterward, Bellamy added the word “to” before the phrase “the Republic” to give the pledge proper cadence. 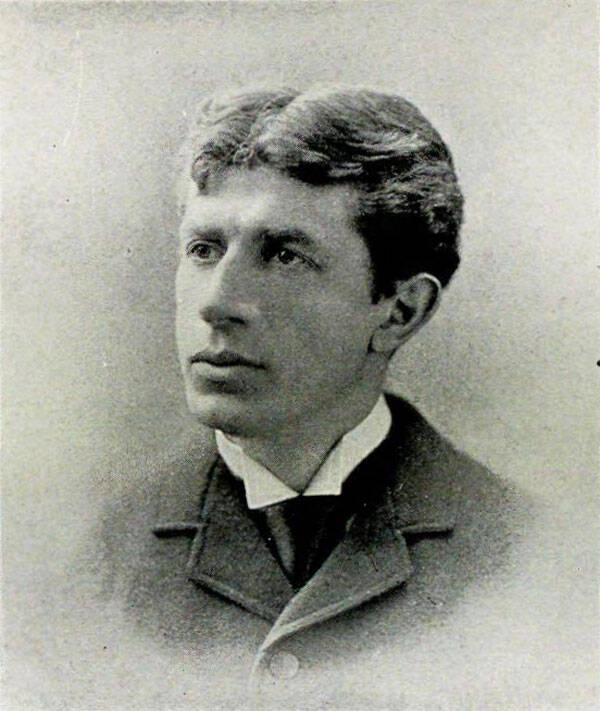 Wikimedia CommonsFrancis Bellamy, former minister and author of the Pledge of Allegiance. 1894.

On Oct. 21, 1892, millions of schoolchildren took part in the ceremony, reciting the new Pledge of Allegiance.

The pledge quickly took root in schools across America. But it didn’t take long before people started making changes to it.

How The Pledge Of Allegiance Has Changed

Although Francis Bellamy ultimately gets the most “credit” for writing the Pledge of Allegiance, the oath has undergone several revisions over the years. In 1923, the National Flag Conference came to the conclusion that “my flag” needed to be changed to “the flag of the United States.”

The reasoning behind this change was to ensure that immigrant children understood the specific flag they were saluting. The following year, the National Flag Conference added “of America” to the pledge.

In 1942, as part of the 50th anniversary of the pledge, Congress officially adopted the Pledge of Allegiance as part of a national flag code.

It was almost immediately challenged — by a religious group. Jehovah’s Witnesses argued that reciting the pledge was a violation of their prohibition against venerating a graven image.

By 1943, the Supreme Court ruled in their favor, securing a free-speech principle that no student should be forced to say the pledge. 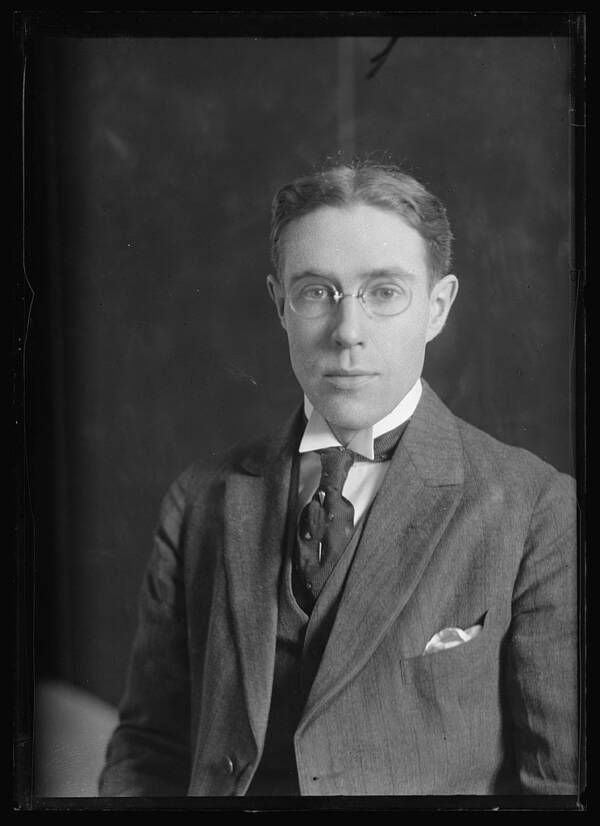 Wikimedia CommonsChristian socialist Francis Bellamy still gets most of the credit for writing the Pledge of Allegiance, despite its many changes and controversies. 1919.

Perhaps due to previous controversy, the addition of the phrase “under God” to the pledge was more gradual than previous changes.

Louis Bowman, an attorney from Illinois, is credited with being one of the first to recite the Pledge of Allegiance with that addition during a 1948 meeting of the Sons of the American Revolution.

At that time, the United States was in the early stages of the Cold War era, and Bowman and others wanted to add “under God” to the pledge to distinguish America from communist-led countries.

Bowman claimed at the time that he got the idea for the addition from Abraham Lincoln’s alleged inclusion of the phrase in the Gettysburg Address, although some versions of his address do not contain those words.

After intense support from the Knights of Columbus and other organizations, politicians began to introduce the addition into the public sphere.

But it wasn’t until the early 1950s that Congress approved the addition of the words “under God” after “one nation.” On June 14, 1954, then-President Dwight D. Eisenhower signed the new bill into law.

Eisenhower declared: “In this way we are reaffirming the transcendence of religious faith in America’s heritage and future; in this way we shall constantly strengthen those spiritual weapons which forever will be our country’s most powerful resource in peace and war.”

The current version of the Pledge of Allegiance reads: “I pledge allegiance to the flag of the United States of America, and to the republic for which it stands, one nation under God, indivisible, with liberty and justice for all.”

The Controversies Of The Pledge Of Allegiance 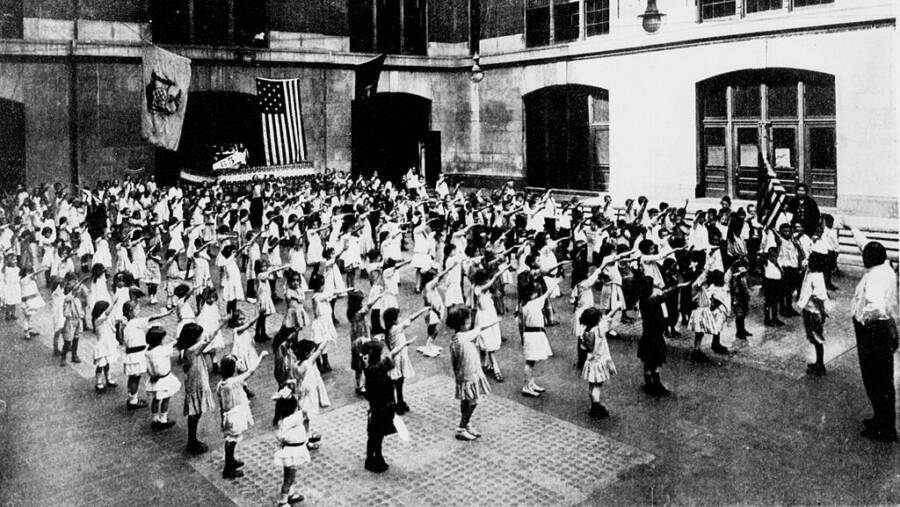 Various controversies have surrounded the Pledge of Allegiance over the decades. For example, as The Washington Post reported, “the origins of the pledge” can be traced back to “expansionist” American ideals.

The Washington Post explained that even though the language of the pledge is “not overtly nativist or xenophobic,” the spirit of its creation “was steeped in this sort of bigotry.”

When Bellamy was writing the pledge, he sought to define “true Americanism” as a defense against a rising tide of eastern and southern European immigrants who were “pouring over our country” at the time.

On top of that, Bellamy believed that these immigrants represented “races which we cannot assimilate without a lowering of our racial standard.”

Although Bellamy conceded that America “has always been a nation of immigrants,” he argued that the “incoming waves of immigrants are coming from countries whose institutions are entirely at variance with our own.”

In addition to problems associated with the pledge’s origins, controversy arose from the Bellamy Salute in the 1930s. That salute was initially taught to schoolchildren to use while reciting the Pledge of Allegiance. 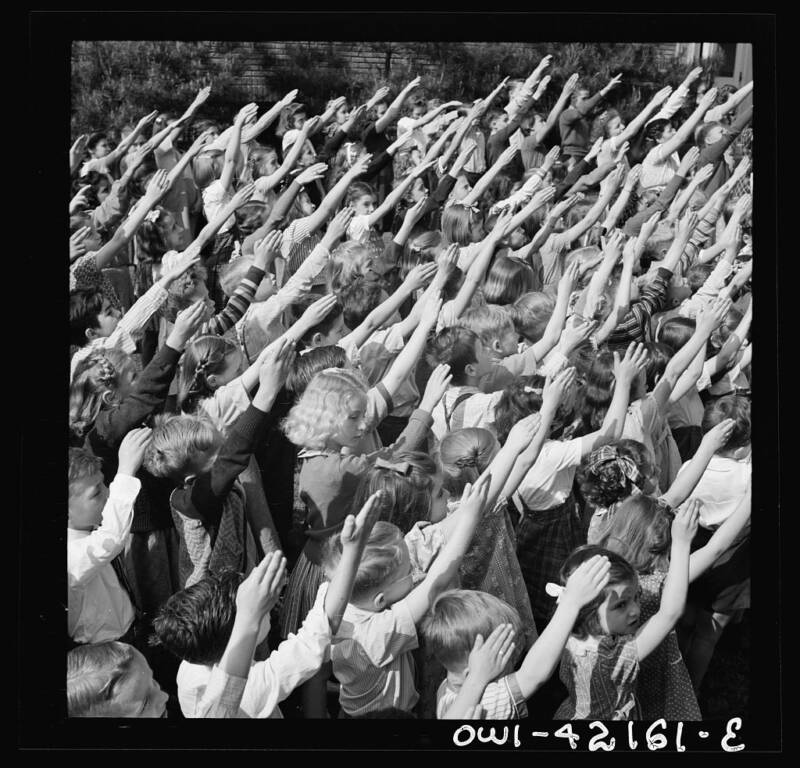 The salute involved a straight-arm pose with fingers extended. While the pose was seen as harmless for several decades, some Americans couldn’t help but notice how eerily it resembled the salutes used by the then-emerging fascist regime of Adolf Hitler and the Nazi movement in Germany.

By the 1930s, the similarity between the two began to be a big problem.

As CNN reported, concern quickly spread that images of American children performing the Bellamy Salute might be used for Nazi propaganda purposes — especially if the American flag was cropped out of the shot.

As a result, Congress amended Section 7 of the Flag Code on December 22, 1942, to decree that the pledge should “be rendered by standing with the right hand over the heart.”

Since then, a variety of other legal challenges to the pledge have been heard by both federal and state courts. Most recently, the use of “under God” has been under review for possible violations of the Constitution — especially in regard to its prohibition against establishing an official religion.

However, most courts have ruled that the pledge doesn’t violate the Establishment Clause as long as students are not forced to recite it.

While some controversies about the Pledge of Allegiance have been cleared up over the years, it’s certain that we haven’t heard the last of them.

After learning who wrote the Pledge of Allegiance, read about who wrote the Constitution. Next, check out 33 maps that explain the United States better than any textbook.