Why Do We Yawn And What Do They Mean? The Mysterious Science Behind This Universal Behavior

Though scientists have long sought to figure out what yawns are and why they're contagious, the answers remain fuzzy as leading theories have been debunked. 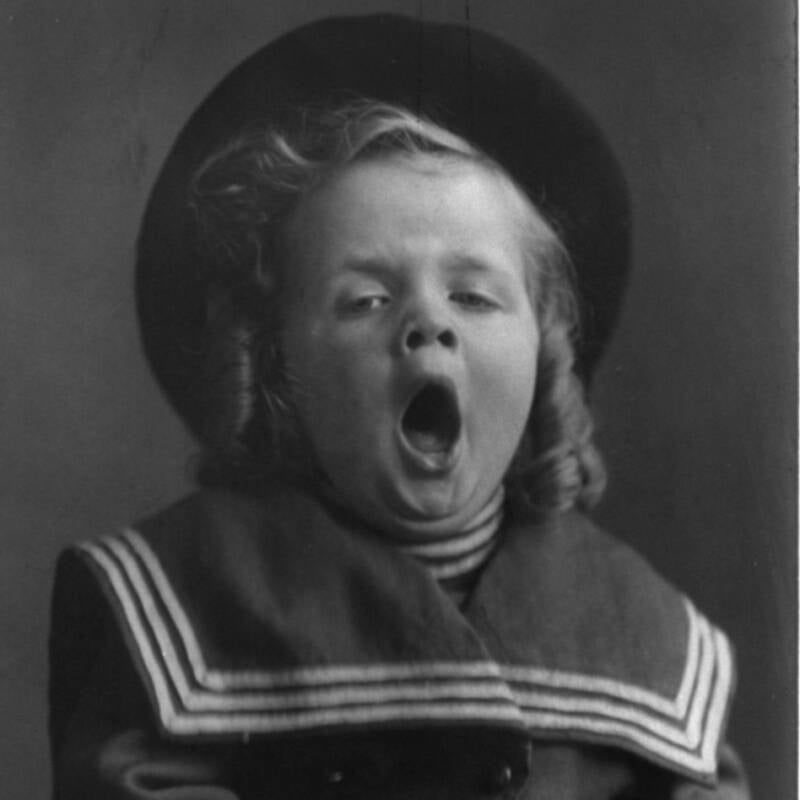 Library of CongressScientists have yet to crack the mystery behind what causes yawning.

The act of yawning feels so unremarkable that humans do it all the time without thinking. However, the science behind this everyday act remains a mystery.

We yawn in a variety of situations, as a sort of biological reaction to our body’s needs, which scientists initially believed had to do with the supply of oxygen present in our bloodstream.

But recent studies have debunked this hypothesis, leaving scientists still wondering: Why do we yawn?

The Act Of Yawning

Yawning can signify a multitude of feelings, such as boredom, exhaustion, hunger, anxiety, and fear. A yawn can even be an insult if it is used deliberately under the right circumstances.

But what causes yawning? 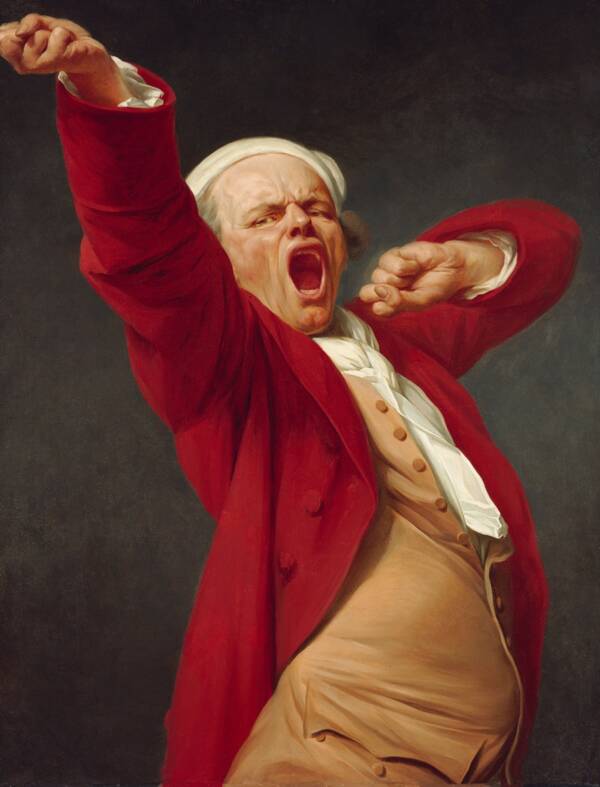 Wikimedia CommonsA portrait of French artist Joseph Ducreux while he yawns and stretches. Circa 1783.

“There are so many triggers,” said Adrian Guggisberg, a professor of clinical neuroscience at Switzerland’s University of Geneva. “People who sky-dive say they tend to yawn before jumping. Police officers say they yawn before they enter a difficult situation.”

Similarly, professional musicians often yawn before they begin a concert performance, while Olympic athletes also do so before they enter a big competition. Yawning has also been documented in animals such as dogs, cats, bears, bats, and even hamsters.

Robert Provine, a professor of psychology and neuroscience at the University of Maryland, has been studying “yawn science” since the 1980s.

According to Provine, a good yawn might boost your heart rate, blood pressure, and respiratory function all at once. “[Yawning] stirs up our physiology and it plays an important role in shifting from one state to another,” he says.

However, despite these effects, the specific cause of yawning remains unknown. “Yawning may have the dubious distinction of being the least understood common human behavior,” Provine said. 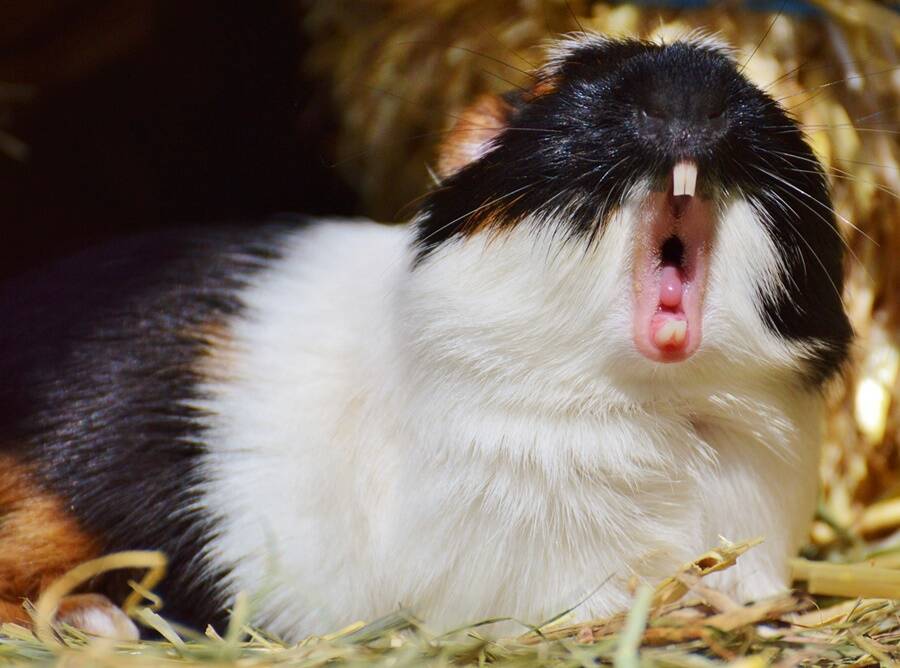 PixabayAnimals of different stripes have been known to yawn just like humans. Here’s a guinea pig pictured mid-yawn.

The research data that is available has documented human yawns in all sorts of settings, making it even more difficult for scientists to pin down the root cause of our yawns.

Why Do We Yawn? 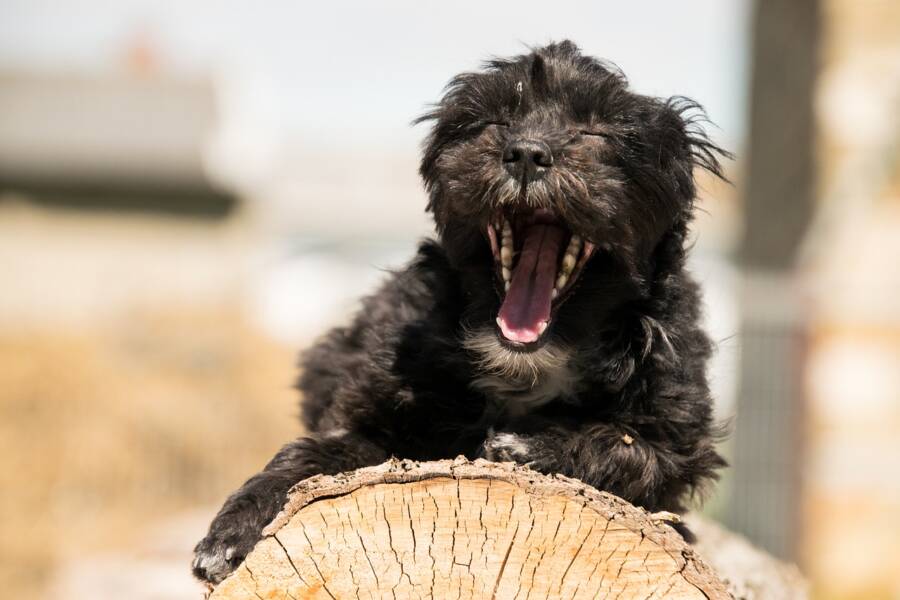 PixabayOne study found that yawns can be quite contagious between dogs and their owners.

Until about 30 years ago, scientists believed that yawning was a way for the body to increase oxygen levels in the bloodstream since yawning involves sucking in a lot of air. But although this theory was convincing, a series of experiments published in 1987 debunked the oxygenation hypothesis.

Now scientists must unravel a string of other theories that try to solve the mystery of why we yawn.

One theory suggests that yawning “functions to promote arousal and alertness” as a way for the brain to cool down when it switches between the state of slumber and being awake. So, instead of a sign of tiredness, yawns might actually be our body’s natural way to deter exhaustion by increasing the blood flow to our brain.

“Collectively, these patterns of behavior increase blood flow to the skull, which can have a number of effects, one of which is cerebral cooling,” Andrew Gallup, an assistant professor of psychology at the State University of New York Polytechnic Institute in Utica who has published a number of studies on the subject, explained in an interview with the New York Times. 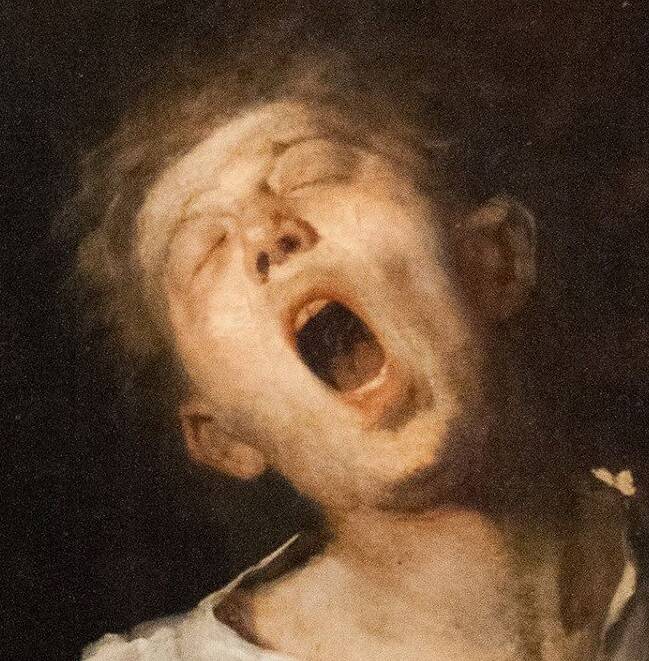 Wikimedia CommonsResearch has found that children begin to show susceptibility to contagious yawning around the age of four years old, when they are developing their social skills.

“When our body temperature is warmer, we feel more tired and sleepy, and it could be that evening yawns are triggered to try to antagonize sleep onset, so we yawn at night in an attempt to maintain some state of arousal or alertness.”

A 2013 study drew similar conclusions, which likened the brain effects triggered by yawning to that of consuming a dose of caffeine.

However, Guggisberg of the University of Geneva and other researchers have doubts about this theory. As Guggisberg contends, “No specific arousing effect of yawning on the brain could be observed in at least five studies,” making the theory that it is a wake-up mechanism less likely.

We Don’t Know Why It’s Contagious 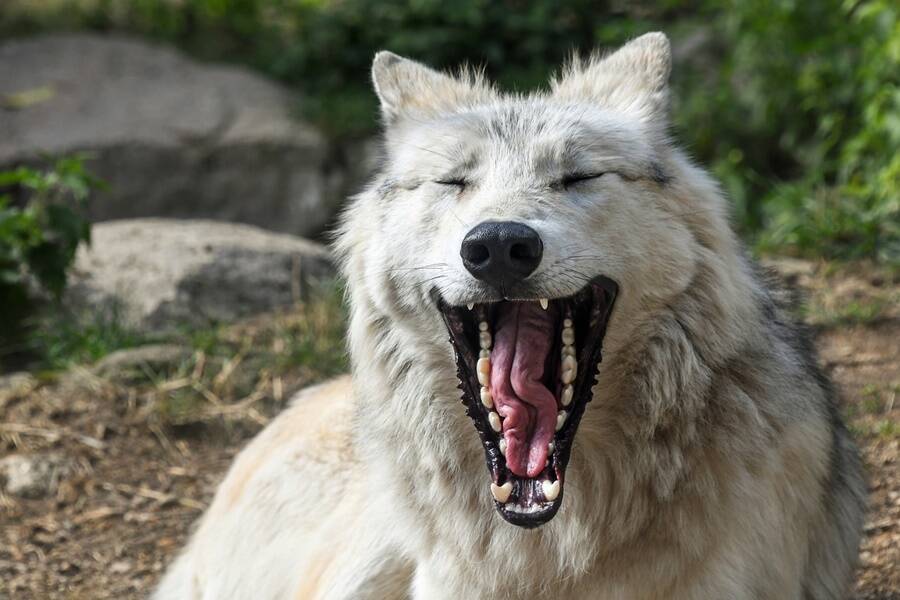 PixabayOne theory about yawning suggests that it is the body’s way of waking up when it feels tired.

The truth is that we still don’t know what causes yawning. But we do know one thing for certain about yawns: They are highly contagious.

This strange trait has been proven repeatedly in numerous separate studies. Guggisberg believes that its contagious nature could suggest that yawning has a social or communicative purpose instead of a physiological one.

According to Provine, the researcher from the University of Maryland, contagious yawns may have evolved among early humans as a way to improve social bonding. A 2011 study that found that yawns were more contagious between people who were familiar with each other than between strangers supports this theory.

Research has also found that children don’t show contagious yawning behavior until they are about four years old — the same age when their social skills begin to develop.

But it turns out yawning isn’t only “transferable” between humans, it can also spread between different animals as well. In fact, contagious yawning has been proven to occur between species, more specifically between humans and dogs. Yet, that still doesn’t explain why people yawn.

While scientists have tried to understand this basic human behavior for a very long time, it seems we have yet to scratch the surface of the confusing mystery behind our yawns.

Now that you’ve read about how scientists are working to figure out what causes yawning, take a look at the science behind why we crave junk food. After that, read all about the messy and unreliable science of happiness.