Why We Kiss And Hug: The Answers Are Way More Complex–And Gross–Than You Think 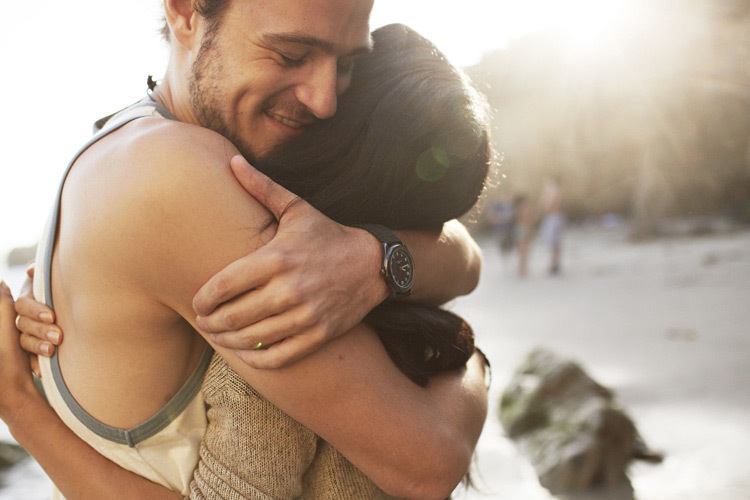 Image Source: One Hug a Day

At a glance, kissing is pretty strange. Essentially, you are pressing you and your partner’s mouths together, exchanging saliva and exposing you both to various colds, flus, and sores. Besides simply enjoying it, people have no real clue why we kiss, and, in the moment, probably don’t care all that much. 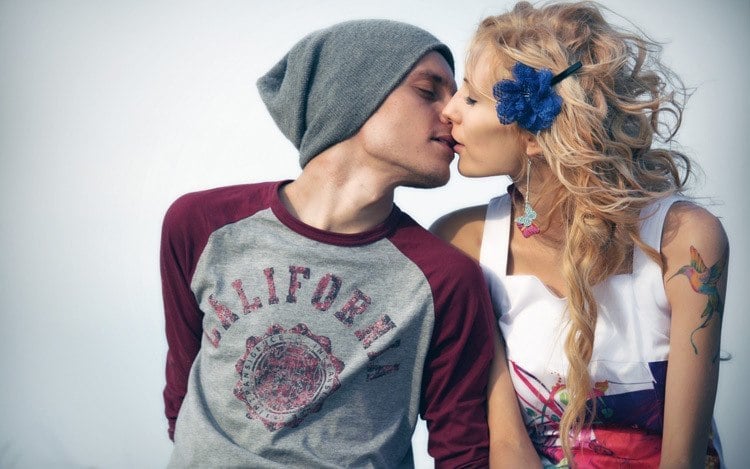 Historically, evidence of romantic kissing can be traced back 3,500 years to Hindu Vedic Sanskrit texts. In these texts, kissing is described as inhaling each others’ souls (so, I suppose we are using the term “romantic” loosely). By the 2nd century, the Kama Sutra had a whole chapter on kissing. And today, the act is so normalized that no one gives much thought to why we kiss.

However, unlike hugging, kissing is not a near-universal behavior. In fact, research published earlier this year in American Anthropologist showed that when broken down into cultural groups, only 46% of cultures kissed romantically (keep in mind that this is still 90% of the global population). And of the 64% that don’t kiss, most find the idea pretty gross. These results point to the conclusion that kissing must be a learned behavior that has evolved with human socialization, as opposed to an instinctive action.

On the other hand, there is still some evidence out there to suggest that kissing is innate, and that the reasons why we kiss are instinctual. While not all humans kiss, our relatives the chimp and bonobo do. Neither of these species, however, are specifically romantic. Chimps kiss as a form of reconciliation, but this tends to only be between males. And since bonobos have sex about as casually and commonly as humans high-five, a kiss on the mouth is rather tame. 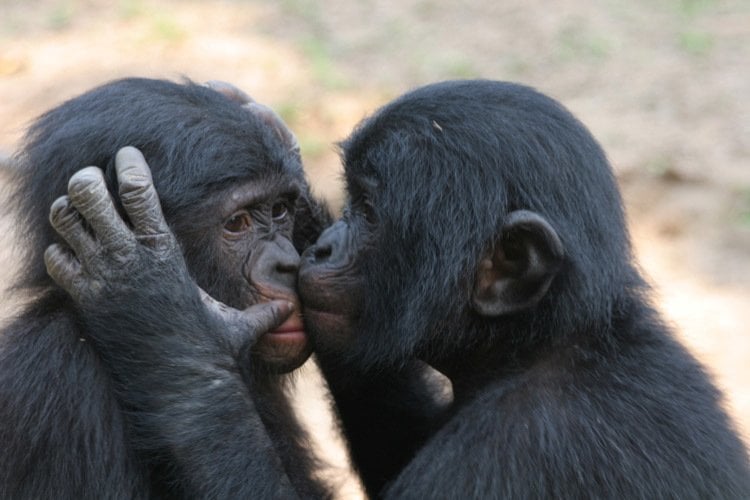 It is possible that the physical act of kissing originates from prehistoric mothers passing chewed food via their mouths to feed their babies. Again, this is not romantic (understatement of the month), but it does point to a possible origin from which this strange, ingrained act of intimacy may have sprouted.

But, no matter the exact source, why have we evolved to kiss; what explains why we kiss today?

The most widely accepted theory on why we kiss is that we’re subconsciously sniffing each other out. When our faces are that close together, our pheromones come into play. The exchange of those bodily chemicals can provide information about whether or not two people will make strong offspring and this can greatly influence attraction. Unlike other animals, humans have an atrocious sense of smell. Most mammals can smell pheromones without smashing their faces together, but humans need to be that intimate. 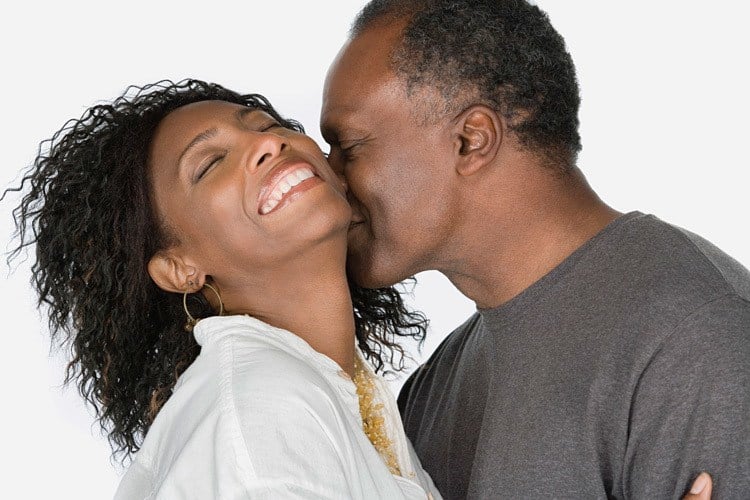 For instance, subconsciously, women are more attracted to men with genes for immune system proteins that are different from their own, as it would mean that their child would potentially be born with a stronger immune system. In an online questionnaire about kissing done by Oxford University, 900 adults responded to questions about kissing in long-term and short-term relationships. It turned out that women not only ranked the importance of smell during kissing more highly, but that the importance of kissing also increased when women were most fertile.

Furthermore, romantic kissing, like hugging, is simply an intimate form of touch that promotes a strong bond between two individuals. Often times, especially in long-term relationships, the comfort a kiss provides can be as important as its role in sexual arousal. A kiss elicits those same positive feelings associated with touch, except it is even stronger with kissing because human lips and tongues are jam-packed with nerve endings. Evolutionary biology aside, the pleasure-inducing sensitivity of all these nerves has always been one of the biggest reasons why we kiss. 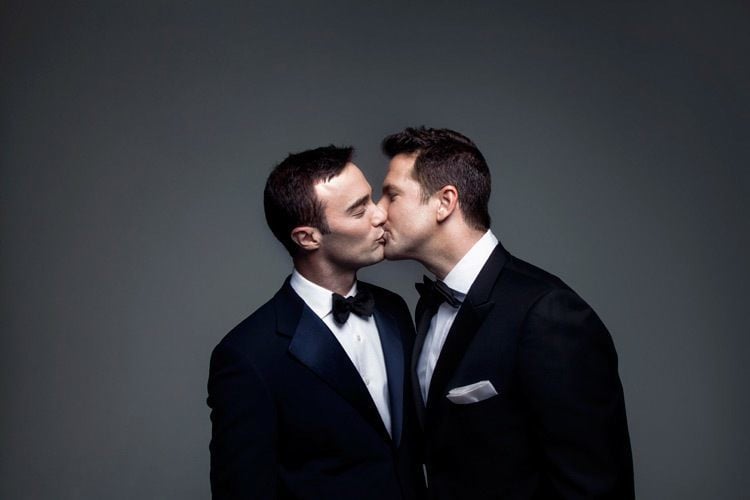 Even with all the sentimental notions and health benefits related to kissing and hugging, Americans have managed to stay true to their Puritan roots when it comes to intimate contact. Even platonically, we touch and are touched far less often than we could, and maybe should, be. According to Dacher Keltner, professor of psychology at University of California, Berkeley and founding director of Greater Good Science Center, a wave of studies is now documenting the “incredible emotional and physical health benefits that come from touch. This research suggests that touch is truly fundamental to human communication, bonding, and health.”

At any rate, hugging and kissing sure beat just smelling each other.