Across the country, people are being criminalized essentially for being homeless — and in Boise, Idaho, some are fighting back. 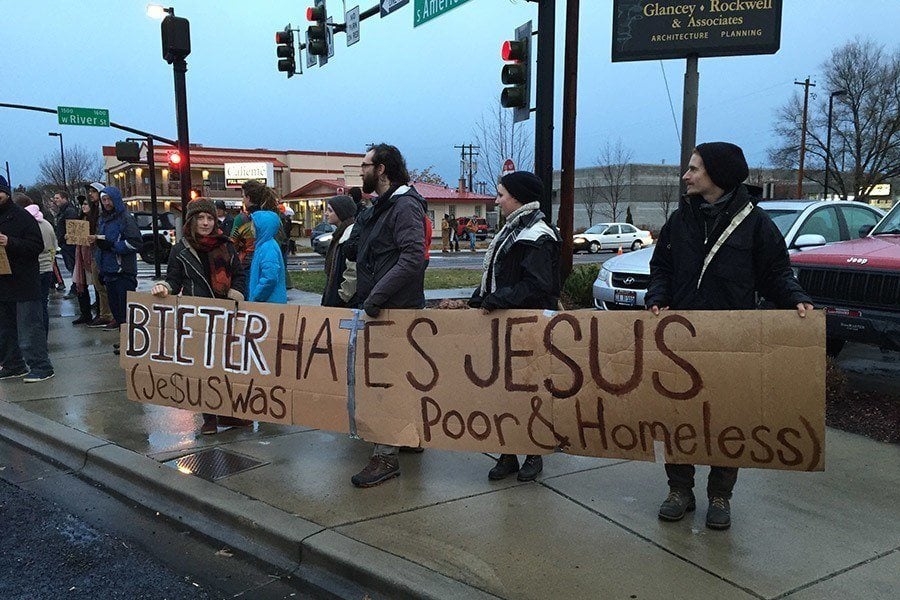 Criminalization of homelessness has been on the rise in cities across America since early 2009. Recent studies by the National Law Center on Homelessness and Poverty indicate that in over 187 American cities, behaviors such as public sleeping, begging, loitering, sitting or lying down, food sharing, and sleeping in vehicles have been and are being prohibited. Proponents of bans like these say they are intended to help the homeless by pushing them into shelters, while critics believe that the laws aren’t meant to improve the safety of the homeless but push them out of the city.

Said Boise, Idaho, resident Janet Bell — homeless herself, “[These laws]? To harass the homeless in hopes that the homeless will go somewhere else. Of course, everybody wants to move the homeless, but they gotta be somewhere, don’t they?”

It’s clear that there are more cost effective and humane ways to confront homelessness and cyclical poverty (after all, Salt Lake City saved $12,200 per person each year when it decided to offer a homeless person an apartment and a caseworker instead of criminalizing their behavior, and chronic homelessness fell over 72 percent) but the Idaho capital continues to find ways to displace the homeless, rather than rehabilitate them.

A new Vice documentary investigates this phenomenon in Boise, where a group of homeless people has filed a federal lawsuit challenging the constitutionality of these ordinances, claiming that they constitute cruel and unusual punishment. Their case has reached a federal appellate court, and if successful has the potential to change the way homeless people are treated across the country. 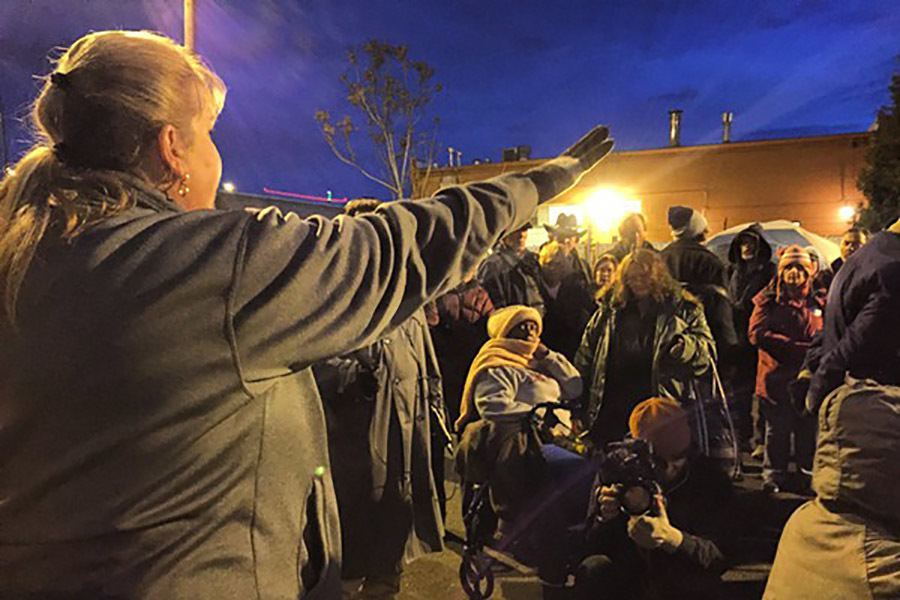 Last December, residents of a homeless camp at Rhodes Skate Park were displaced after the area was promised a $1.25 million facelift. Just this weekend and without warning, city officials shut down a homeless community at Cooper Court, where roughly 135 homeless people had made a temporary camp. Mayor David Bieter declared a state of emergency during the camp raids, closing roads and bringing out yellow police tape to control and limit access to the space. Media had to have escorts to cover the event. The city’s actions, officially done out of concern over resident health and safety, were harshly critiqued by the Idaho ACLU Executive Director Leo Morales, who said,

“What we saw today in Boise is government at its most shameful. Government should be open, transparent, and democratic…The planning was done behind closed doors, to intentionally keep the broader community out…We have seen this kind of government displacement before in American history, and it has always been shameful. The city cannot spin its way out of the cruel bottom line: today, it destroyed a community using totalitarian tactics.”

Upon further public scrutiny, Bieter said he didn’t make the raid public because it was a “complicated operation, with some 300 people involved, and details were still being worked out just hours before it began,” the Idaho Statesman reported. Despite local protest and even the construction of some makeshift barricades, the camp was shut down on December 4th. The mayor did say that upon eviction, residents would be given Salvation Army vouchers and a hot meal. They would then be shuttled to Fort Boise Community Center, where they could sleep for the evening.

Though Bieter’s gestures may very well seem kind, demonstrators say that the city is missing a key point when it comes to homelessness. JoJo Valdez, a spokeswoman for the Cooper Court community, told the Statesman that everyone set up in tents shared a desire for independence — that there are multiple reasons why a homeless person might resist entering a shelter. “We want to be in charge of our own lives,” Valdez told the Statesman. “We want to be our own bosses. We’re adults.”

It’s unclear what the future looks like for the city’s homeless population, especially as Boise is doing nothing to house the individuals whose circumstances have been criminalized. With any luck, Janet Bell’s case will radically change the way homeless populations are treated across the U.S.