Inside The Eerie Halls Of Willard Asylum, The Abandoned New York Hospital That’s Been Reclaimed By Nature

When Willard Asylum closed in 1995 after 126 years of operation, staff members discovered hundreds of forgotten suitcases that told the stories of the patients who had died there.

In 1869, Willard Asylum for the Chronic Insane opened near Seneca Lake in New York. The facility was built as an alternative to the prisons and poorhouses that typically housed patients suffering from mental illness at the time, where residents were often chained to their beds or locked in cages.

Doctors at the asylum almost immediately saw shocking changes in patients who arrived from other facilities. Their health quickly improved when they were able to explore the expansive grounds and interact with other residents.

The institution treated patients for more than 100 years, but by 1995, Willard Asylum had closed its doors and was mostly abandoned.

While exploring the buildings to see what could be salvaged, however, a staff member came across a forgotten attic full of suitcases that had once belonged to patients. Inside the bags were mementos of those who had lived and died within the facility’s walls — a visual history of the asylum’s past.

The Early Years Of Willard Asylum For The Chronic Insane

In the 19th century, people suffering from mental illness had few options. If their family couldn’t or simply didn’t want to care for them, they were often forced into almshouses or prisons. In 1869, however, Willard Asylum was opened as a revolutionary treatment facility.

According to Dr. Robert Doran’s History of Willard Asylum for the Insane and the Willard State Hospital, rather than locking residents away, the goal of the doctors and nurses at Willard was to treat patients and teach them the skills they needed to rejoin society if and when they were able to. 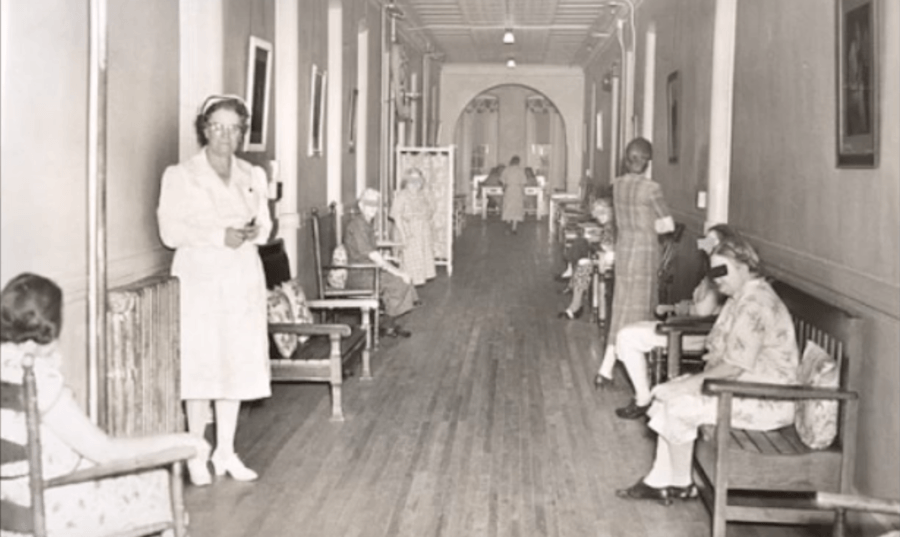 YouTubePatients at Willard Asylum in the 20th century.

This was a new concept at the time, and the effect it had on the patients was obvious from the beginning.

The first resident to arrive at the facility was a woman named Mary Rote, who came from just the kind of situation Willard was built to save people from. Rote was suffering from dementia and had spent 10 years in a county poorhouse in chains. It wasn’t until she arrived at Willard Asylum by steamboat that her chains were finally removed.

Doran wrote, “Several men brought a deformed, demented woman down the gangplank. Her wrists were chained together. Mary Rote from the Columbia County poorhouse was the first of many thousands to arrive at the State Institution called Willard Asylum.”

Per Seneca County historian Walter Gable, when officials at Rote’s previous facility were preparing to transfer her, they found her “crouched in the corner of a cell partially covered with a blanket, but without any other clothing or even a bed.” 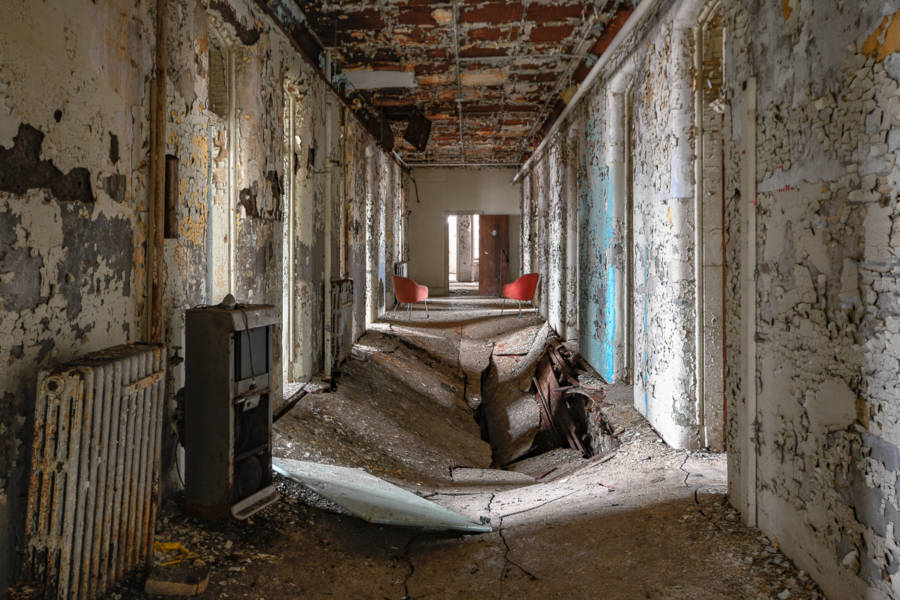 Freaktography/FlickrOne of the ruined hallways inside the asylum.

Once Rote arrived at Willard, though, the staff made sure that she was dressed and groomed every day. They treated her like a human being instead of an animal. Almost immediately, both her physical and mental health began to improve.

Willard was trying something different — and it worked. But the facility was still a product of the times, and today, many of the asylum’s practices would be considered horrifying.

The Treatment Of Patients At Willard Asylum

Though Willard Asylum was much more progressive than many other mental health facilities at the time, in practice, it was still essentially a prison. Patients were kept until the administrators decided they could leave. Many never did. At a time when understanding of mental health was very crude, not everyone who was locked inside the asylum was truly insane.

Perhaps one of the facility’s most famous patients was Joseph Lobdell, who was committed for “a rare form of mental disease,” as his doctor put it, according to The Washington Post. Though he had been assigned female at birth and raised as a woman, he felt that he was truly a man.

Today, being transgender is no longer considered grounds for commitment to a mental institution. And Lobdell was certainly not insane. Yet he spent 10 years at Willard before he was transferred to another mental hospital, where he remained until his death. 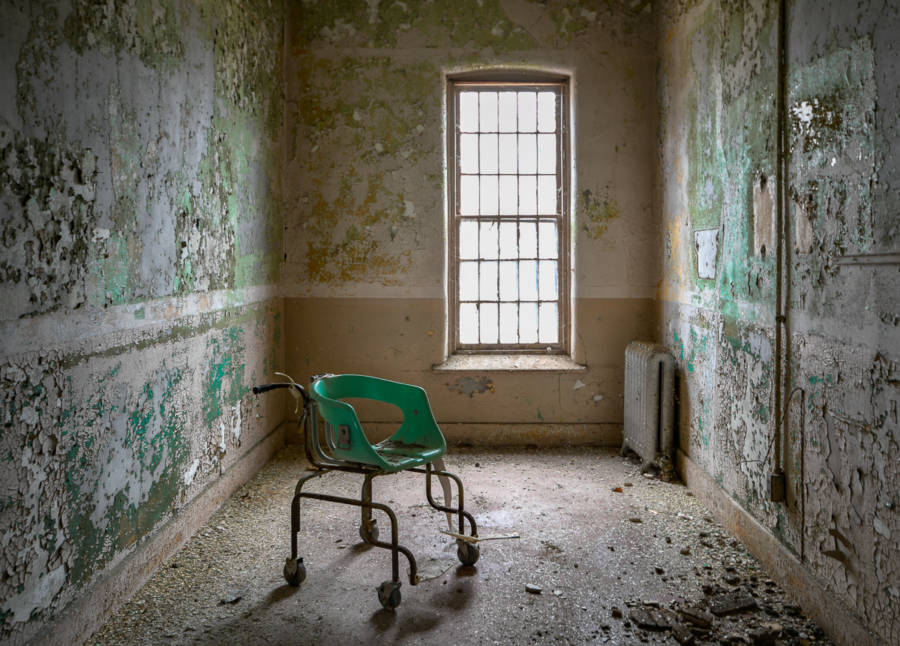 Freaktography/FlickrAn abandoned corner of the asylum.

While Lobdell is long gone, the signs of what patients like him went through can be seen in Willard’s abandoned halls today. The areas where residents received treatments like electric shock therapy remain. And while the floors are sinking in, many of the rooms where the patients spent months, years, or even their entire lives are still visible.

Those brave enough to enter the eerie grounds of the facility can also see what happened to the patients who died there. The morgue and the crematorium are still largely intact as well, with autopsy tables standing next to the drawers where bodies were kept.

The asylum’s cemetery is full of graves marked not with names but with numbered metal plaques. In the facility’s earlier days, it was seen as shameful for a family member to be associated with a mental health institution. As such, none of the 6,000 graves contain names.

Today, efforts are underway to identify the thousands of souls buried on the asylum’s grounds, but the process has been slow because of the lack of records. However, the stories of many of these residents still persist regardless — in the suitcases they left behind.

The Abandoned Suitcases Of Willard Asylum

A better memorial to those who died at Willard was found in the attic in 1995. According to Willard Suitcases, an employee named Bev Courtwright was then asked to explore the buildings and determine what could be salvaged. Behind an attic door, she discovered 400 suitcases that had belonged to patients who never left the asylum. Many still contained personal belongings.

The suitcases had been stowed away and forgotten for decades. The New York State Museum soon acquired them and put them on display. Then, in 2011, photographer Jon Crispin began documenting the suitcases and their contents online, so anyone could view them at any time. 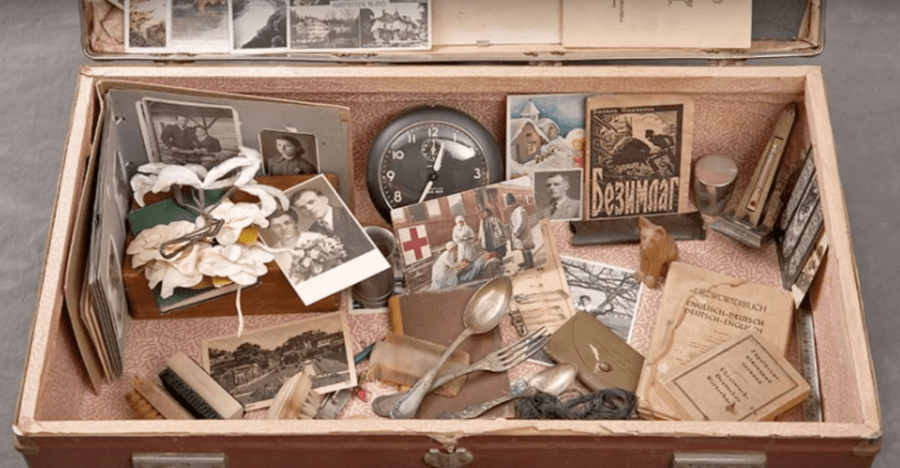 YouTubeA suitcase discovered in the attic of Willard Asylum.

Some suitcases contain practical items, like shoe polish or toothpaste. They’re the sorts of things anyone would pack for an extended hospital stay.

Others, however, paint a vivid portrait of the former patients of Willard Asylum. Many contain personal keepsakes or things that the patients were reluctant to let go of, such as newspaper clippings or photographs.

Although the patients who once carried this luggage have been gone for decades, their belongings serve as a reminder of their meaningful lives — and of the fascinating history of the asylum where they lived and died.

After learning about the history of Willard Asylum, see these creepy photos taken inside mental asylums of decades past. Then check out Bedlam, one of history’s most brutal insane asylums.