Not only was William Adams the first Englishman to reach Japan, he became an adviser to the shogun and one of the first Westerners to become a samurai. 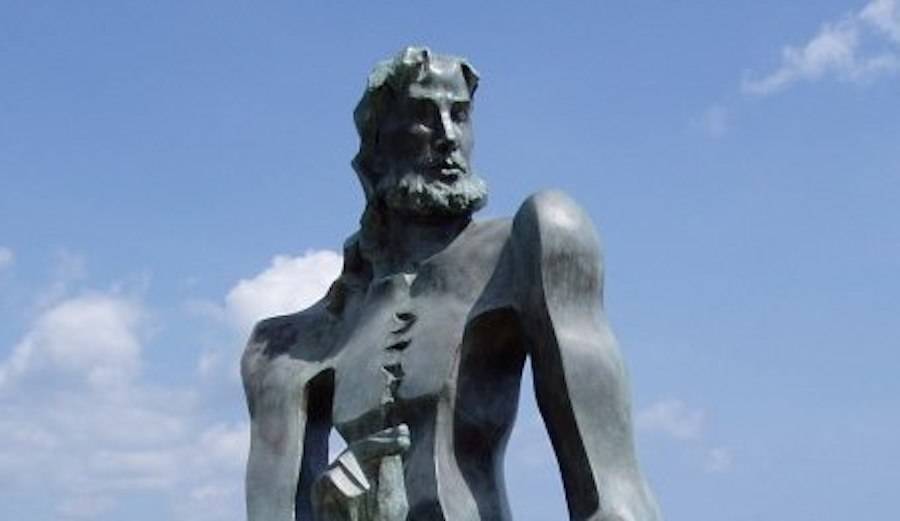 On April 19, 1600, a ship drifted into the waters near the southern Japanese island of Kyushu. The men on board were a long way from home, and they had suffered terribly to get there.

The ship was part of a fleet that had set out from the Netherlands almost two years earlier, only to see ship after ship lost to storms and violent attacks by natives and rival European powers. Only 24 men were still alive when the ship reached Japan and only nine could still stand after disease swept through the holds.

One of the few in relatively good shape was William Adams, a sailor from Kent, England. Officially, this made Adams the first Englishman to reach Japan. And he was arriving at a very interesting time in the country’s history.

Europeans had been visiting Japan since the mid-16th century when Portuguese traders first began arriving. At first, the Japanese rulers were eager to trade with the Portuguese, who brought valuable commodities like processed sugar and firearms. The Portuguese, in turn, proactively guarded their access to Japan from other European nations.

But by the time Tokugawa Ieyasu came to power in 1600 as head of the shogunate, the Japanese were bringing some less desirable influences into the country as well. The Portuguese trafficked heavily in Japanese slaves. They were also eager to spread Catholicism, which Ieyasu was beginning to see as a potential threat to his authority.

So when Ieyasu heard that a ship full of Europeans who weren’t Portuguese had turned up, he saw an opportunity and had them brought to him immediately. Ieyasu quickly took a liking to Adams, who impressed the shogun with his knowledge of ship-building and mathematics through an interpreter.

The Portuguese missionaries were less thrilled at the arrival of a Protestant Englishman in Japan who might threaten their influence. They immediately demanded that Ieyasu execute Adams, warning that he was a heretic and likely a pirate.

Instead, Ieyasu made William Adams an official adviser. Over the next few years, Adams helped Ieyasu modernize his fleet by building Western-style ships. In return, Adams was given a rich estate in Japan along with two swords, the traditional badge of rank for a samurai.

City of Gifu Museum of History/Wikimedia Commons17th-century samurai in battle.

The samurai were a class of warriors in Japan similar to European knights. They pledged their loyalty to a lord and fought for him in battle in exchange for his protection.

But there was a more mundane side to the samurai as well. During the 17th century, the samurai gradually became bureaucrats who handled the day-to-day management of the country. This was closer to Adams’ role as the first English samurai.

After all, it’s unlikely he would have fared well on the battlefield at a time when the average samurai trained for years to master the complex skills of archery, horsemanship, and swordsmanship that Japanese warfare required.

A Valued Adviser To The Shogun

Instead, Adams excelled in his role as an advisor to the shogun on trade, naval matters, and anything involving the Europeans. And when other survivors from his ship eventually sailed home, the shogun demanded that Adams stay in Japan. This was probably not what Adams wanted to hear since he still had a wife and children back in England.

But he made the most of his new life in Japan. Adams eventually married the daughter of a court official, and the couple had two children named Joseph and Susanna. Adams seems to have fallen in love with the country and its people. He learned to speak Japanese fluently and enjoyed better status in Japan than he was ever likely to have back in England.

Adams spent several years organizing trading expeditions to other countries and encouraging the English to establish relations with Japan.

All the while, the Portuguese never forgot their distaste for Adams. And in exchange, Adams advised the shogun that the Jesuit missionaries were trying to overthrow him. Finally, in no small part thanks to Adams, Ieyasu banned Catholicism in the country.

Loss Of Influence And Death

After Ieyasu’s death in 1616, Japan became increasingly isolationist. The influence of foreign traders and their religion was, as the new shogun saw it, destabilizing the country. As foreign trade slowed in Japan, Adams’ influence at court waned.

In 1620, Adams died after an illness at the age of 55. In his will, he split his estate between his Japanese family and the family he left behind in England. A little over a decade later, Japan officially closed itself to foreign trade, beginning a period of isolation that would last for 200 years.

William Adams is still remembered fondly for his work in Japan. Even today, statues of him can be found there and annual remembrances in the country celebrate the life of one of the first and few European samurai.

After learning about William Adams, one of the first Western samurai in Japan, read about Japan’s ancient ritual suicide of seppuku. Then learn the history of the Onna-Bugeisha, Japan’s badass female samurai.