The two-faced maniac was actually based on a real person. 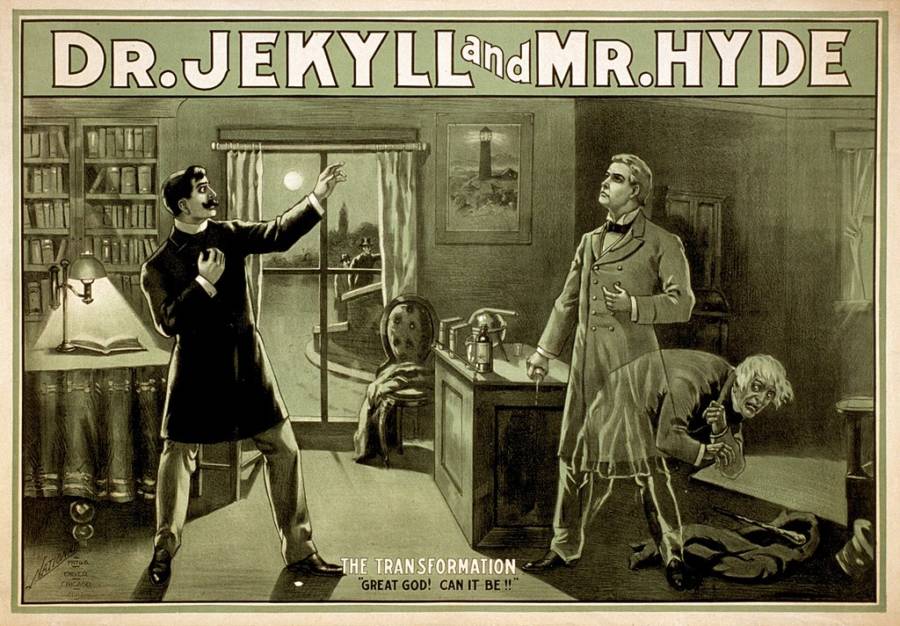 Everyone is well aware of Robert Louis Stevenson’s famous book The Strange Case of Dr. Jekyll and Mr. Hyde. It tells the story of a mild-mannered doctor named Henry Jekyll who drinks a serum that causes him to turn into Edward Hyde, a man who is controlled by his baser instincts. While its plot was a bit fantastic and outlandish for the time, the book was very much inspired by real life events (sans magic potions).

Stevenson was raised born and raised in Edinburgh, Scotland, so he was no doubt aware of the story of William Brodie, a well-respected man in Scotland. He found honest work as a cabinet maker and a good one at that.

In fact, Stevenson had a cabinet built by Brodie in his childhood bedroom. Because he was so skilled, Brodie was made Deacon of the Incorporation of Wrights, which boosted his social standing. It also gave him a seat on the city council.

Aside from being a cabinet maker, Brodie was also a skilled locksmith (these two lines of work probably go hand in hand). Since he was both a City Councillor and the Deacon of the Incorporation of Wrights, many of Edinburgh’s wealthy trusted him. They gave him keys to their homes so he could do his work while they weren’t home. After all, he was a well-liked and trustworthy guy.

What was he going to do, rob them?

Yes, he was going to rob them. The whole locksmith career came in handy for Brodie. He secretly made wax impressions of rich people’s keys (which they very willingly lent him), and then used these impressions to make his own keys. He would then return at night, sneak in, and steal their stuff. 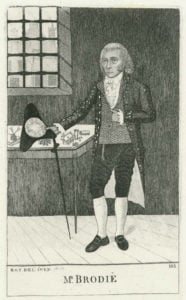 Much like how Dr. Jekyll was friendly and polite while Hyde had a tendency to kill people, Brodie used his double life to indulge in his own vices. He used his robberies to finance his gambling habit.

He enjoyed betting on cock-fighting and trick dice. He also had two mistresses, presumably just because he could.

Brodie was eventually busted in 1788. He had recruited three other men two years earlier to aid him in his various schemes, but these three men, John Brown, George Smith, and Andrew Ainslie, would become his downfall.

A planned heist on an excise office failed, and Brown went to the authorities to claim a King’s Pardon. He ratted out Smith and Ainslie, who in turn ratted out Brodie as the man behind the robberies. Brodie fled to the Netherlands, but he was arrested in Amsterdam and sent back to Edinburgh. He was then hanged in front of 40,000 people.

For more cases of bizarre inspiration, read about how a wounded cub inspired a stuffed toy. You can also learn about another strange criminal who served as the inspiration for the term “smart aleck”.