7 Bizarre Witch Tests That Were Basically Impossible To Pass

From being weighed against the Bible to being bound and tossed into a river, these witch tests prove how easy it was to be condemned during the era of anti-witch hysteria. 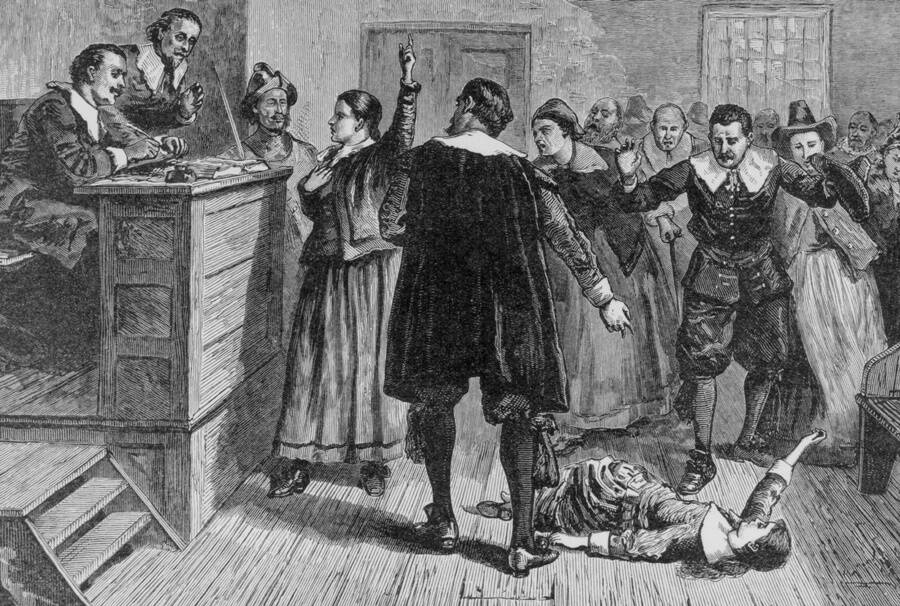 As Europe and North America were gripped by anti-witch hysteria in the 16th and 17th centuries, myriad innocent men, women, and even children were accused of sorcery and subjected to torturous witch tests in order to prove their culpability.

However, long before they came to be viewed as the hag-like sorceress that the people of Salem, Massachusetts came to fear, witches were considered to be powerful priestesses who performed healings, delivered babies, and provided wise counsel for kings in ancient civilizations. But the history of witches is one of misogyny and fear, and so the reverence of these women later disappeared as male rulers sought absolute power.

Intimidated by their influence, patriarchal societies accused these women of demonic possession in order to defame and disempower them. Some scholars point to the rise of Christianity, in particular, as the impetus for witch hunts in Europe and North America.

By the end of America’s period of anti-witch hysteria, or the Salem Witch Trials in 1693, four accused witches had died in prison, one had been pressed to death, and 19 others had been hanged. And by the late 18th century in Europe, between 40,000 and 60,000 people had been executed for witchcraft.

The unfortunate many who were accused of witchcraft endured witch tests that ranged from the absurd to the unbelievably inhumane. One test required being weighed against the Bible while others involved torture. Indeed, these are by far the most bizarre and violent tests that the accused were subjected to.

The Impossible ‘Swimming A Witch’ Test 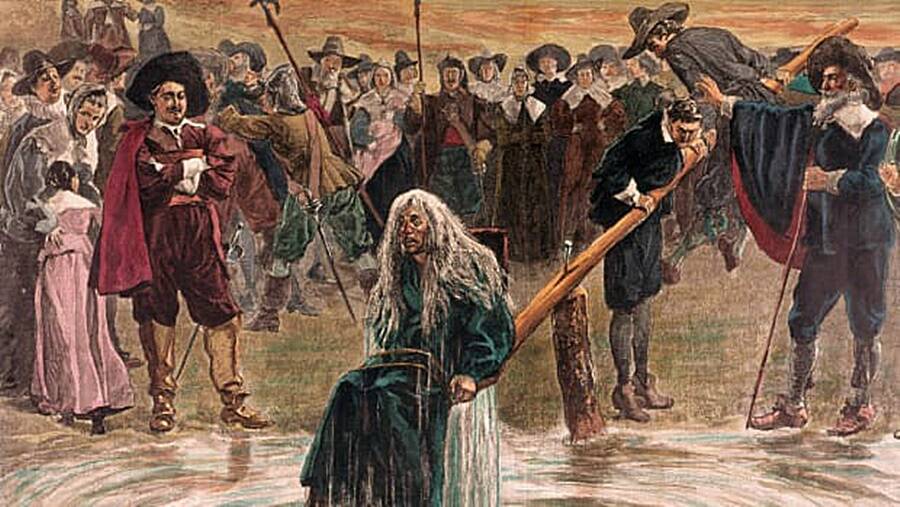 History CollectionOne witch test, called “swimming a witch,” involved tying up a victim and throwing them into the water to see if they would float.

During the witch hunt craze that dominated Europe throughout the 16th and 17th centuries, one of the most popular witch tests was the so-called “swimming a witch” test.

If a person was accused of witchcraft, they were taken to the nearest body of water and stripped down to their undergarments. Then their hands were bound together, and they were dumped into the water to see if they would float.

The test hinged on the idea that witches would float because the water would reject them.

According to researcher Russell Zguta, this “trial by water” approach was based on the religious belief that water was a sacred element. If the person was indeed possessed by evil, then the water would refuse them and force them to the surface.

But this method posed an obvious quandary: innocent victims were likely to drown. The inadequate solution to this was to tie a rope around the victim’s torso so that if they sank, thereby proving their innocence, they could then be rescued. But accidental drownings still happened. 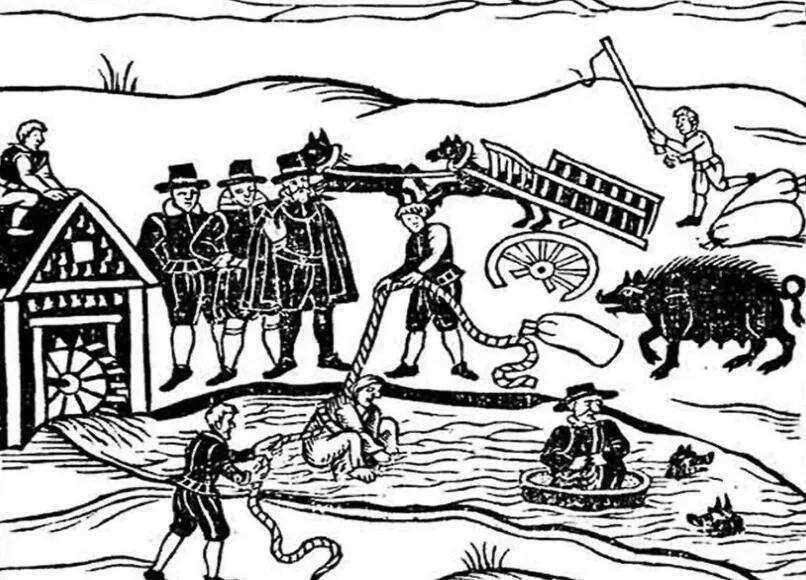 Mount Holyoke CollegeA witch would be rejected by water and forced to float to the surface.

There were also rare instances in which the accused actually did float. A 1613 pamphlet titled Witches Apprehended, Examined and Executed described the case of a woman named Mother Sutton and her daughter Mary in Bedford, England who both stood accused of being witches.

Their guilt was allegedly proven through two swim tests, during which they were taken to a nearby mill dam where they were stripped of their clothing and their arms crossed over their chests, and then bound.

Somehow, both women floated to the surface, suggesting that the accusations were true. Then, a second swimming test was carried out, but this time their hands were bound to their feet. Miraculously, the mother and daughter were once again able to float to the surface. The two women were consequently imprisoned, brought to trial, convicted of witchcraft, and executed.

This witch test was commonly used to seek out alleged witches across England, and the practice also later spread to Germany and Spain.