"Drivers can see [big animals] from some distance and slow down or stop, but they rarely do so for snakes, lizards, monitors, or squirrels." 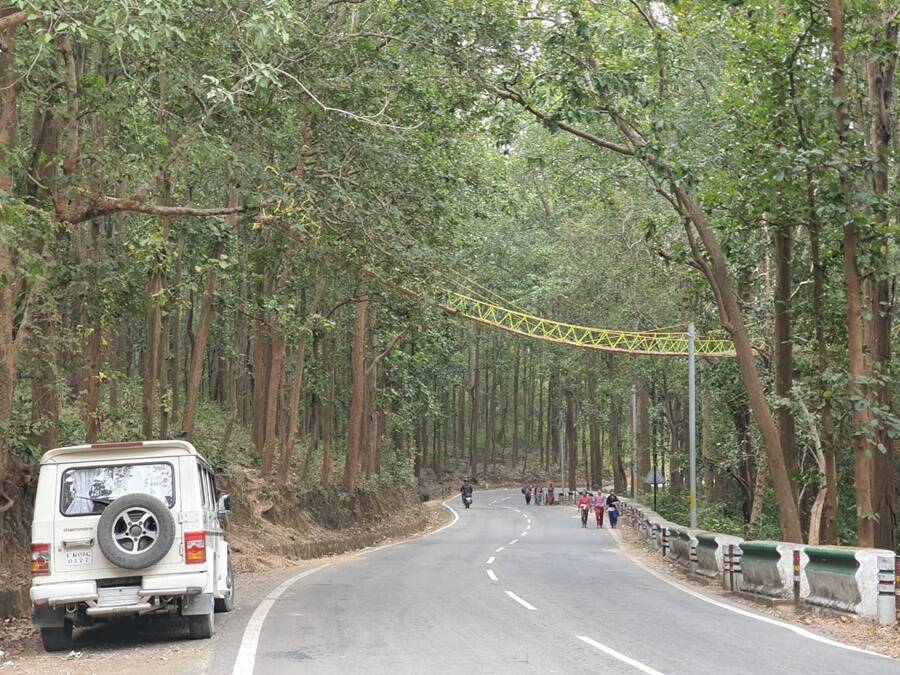 In the mountainous Indian state of Uttarakhand where Nainital, a popular tourist attraction, draws large crowds every year, a new 90-foot “eco bridge” hangs among the treetops. The special bridge is an environmentally friendly solution to the growing number of vehicle-animal collisions in the area.

According to the The Tribune India, the eco bridge wildlife crossing is made from jute, grass, and bamboo. Although this isn’t the first wildlife bridge, local authorities say it is the first of its kind in terms of the materials that were used to build it.

“Many reptiles and other small animals have been killed by tourist vehicles on this highway,” said Chander Shekhar Joshi, a forest officer in the state. The bridge, which hangs 40 feet over the busy highway amid the Ramnagar forest, is also equipped with two cameras on both ends to monitor wildlife activity.

The surrounding forest is home to a diverse population of species including squirrels, monkeys, lizards, and pythons. Over the years, many of these animals have been victims of vehicle accidents as they try to make their way from one side of the road to the other.

With the installation of the eco-friendly wildlife bridge, officials hope they can prevent more incidents of roadkill as well as protect human drivers, as slamming on the brakes to avoid hitting an animal can lead to car accidents. 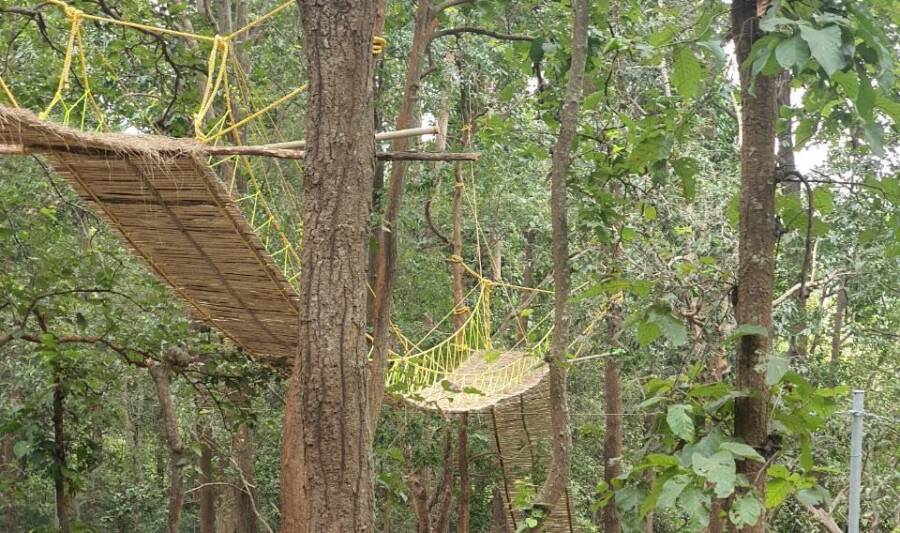 VaibhavSinghIFS/Twitter
The bridge is made of jute, grass, and bamboo, making it the first of its kind, according to local officials.

India’s eco-bridge was constructed at the wide ‘U’ curve in the highway, where vehicles going downhill usually drive at high speeds.

“This is a dense forest, and elephants, leopards, deer, and blue bulls move in this area. Drivers can see them from some distance and slow down or stop, but they rarely do so for snakes, lizards, monitors, or squirrels,” said a forest official.

The bridge was built by local contractors over a period of 10 days and cost about Rs 2 lakh or US$2,000 — a small cost compared to wildlife bridges that are commonly made out of stone, steel, or concrete, which typically amount to millions of dollars.

The wildlife overpass in Utah, U.S., for example, cost about $5 million to build.

Because the bridge is fairly new, officials don’t know how effective it will be to deter vehicle-animal collisions yet. It has, however, quickly become a local attraction in itself. Many travelers to Nainital are now making a stop near the environmentally-friendly hanging bridge to snap photos. 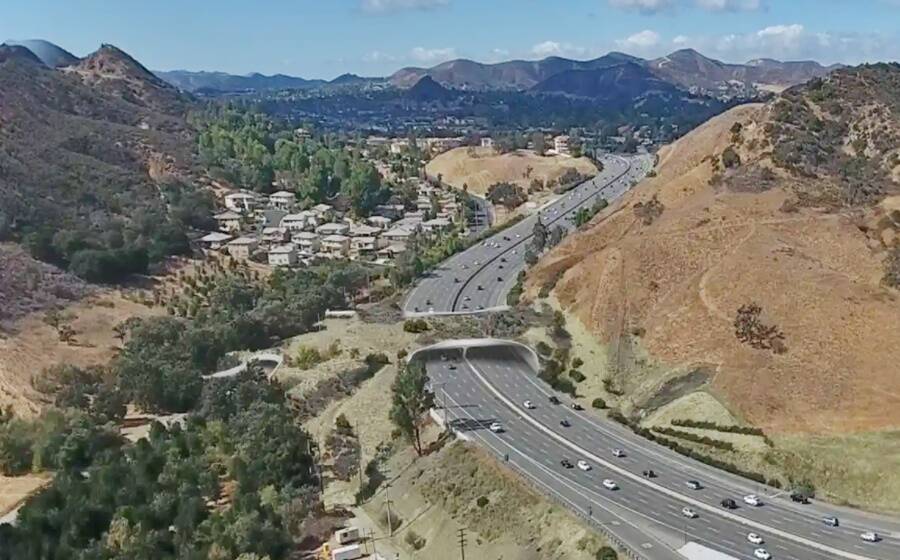 RCD of the Santa Monica Mountains/Clark Stevens/Raymond GarciaThe Highway 101 in Agoura Hills in California where the “largest wildlife bridge in the world” will be built.

These so-called “animal bridges” are being built in countless locations around the world, where high numbers of wildlife are killed by speeding vehicles. There are 66 of these animal overpasses in the Netherlands alone.

Animal deaths in vehicle-animal collisions are not only tragic, but they also have a sizable impact on a country’s economy. Americans reportedly shell out $8 billion annually to cover costs from these collisions.

By investing in constructing these special crosswalks for animals, both financial and environmental costs can be significantly reduced. According to Utah officials, their wildlife overpass has enhanced “safety for drivers and wildlife in the canyon” since it was completed in 2018.

The biggest wildlife bridge to date will be over Highway 101 in Agoura Hills in California, where 300,000 cars pass through daily. The bridge project is being called the world’s largest wildlife overpass. The structure, which will act more like a corridor rather than a bridge, is expected to be 165-feet wide and span across 210 feet over 10 vehicle lanes.

The price tag? A cool $87 million. But given the countless animal and human lives the bridge could save, that may be a small price to pay.

Next, take a look at how animals in Chernobyl’s Red Forest are surviving and thriving, and check out 33 amazing photographs of wildlife reclaiming public spaces during the COVID-19 lockdowns.