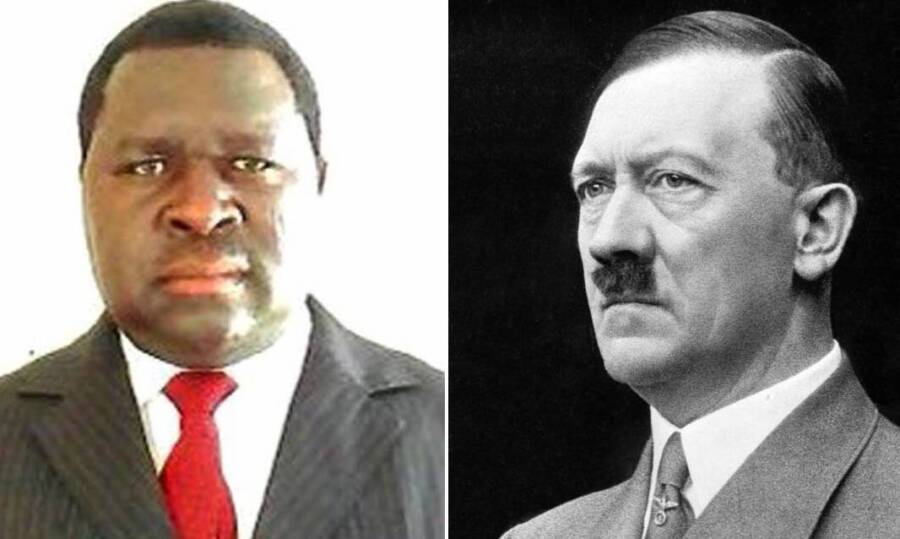 Twitter/Wikimedia CommonsThe Namibian politician had no idea who Adolf Hitler was until he was already a young man.

We’re weeks away from 2020 being a year of the past. From a global pandemic to one of the most polarizing U.S. Presidential elections in modern history, it seemed as though the year couldn’t get any stranger. That is until a man named Adolf Hitler won a local election in the African country of Namibia.

According to the BBC, Adolf Hitler Uunona was elected the new councilor for the Ompundja Constituency in Namibia’s Oshana region, and he has already clarified that he has no intention of taking over the world. 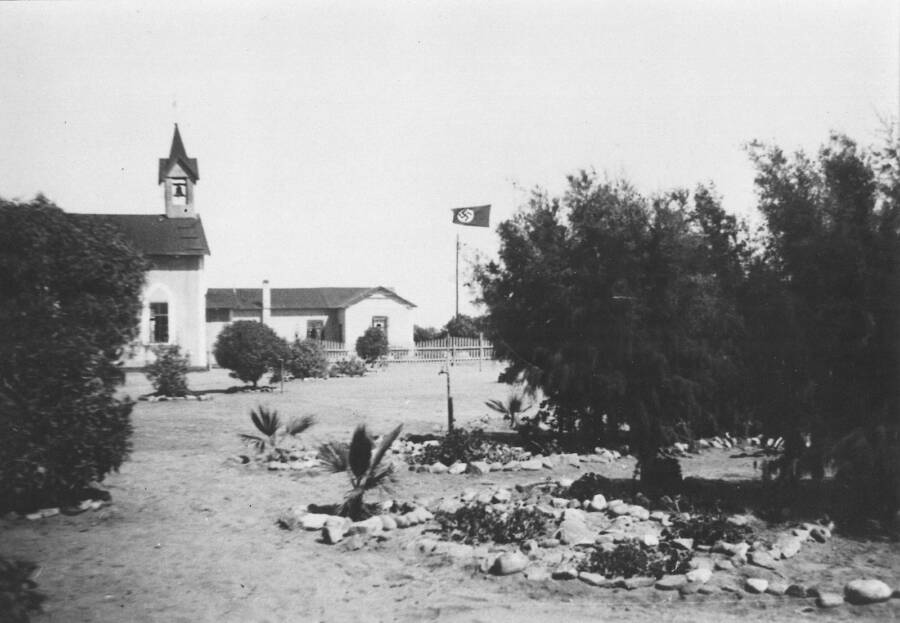 Wikimedia CommonsThe Mission Church in Swakopmund, or “Mouth of the Swakop” in German, in western Namibia. Clearly visible is a Nazi flag at full mast as photographed in 1938.

Uunona said that though his father did name him after the Nazi leader, he insisted that his father “probably didn’t understand what Adolf Hitler stood for.” Furthermore, German names are common in Namibia, which was once a German colony.

“As a child I saw it as a totally normal name,” Uunona continued. “It wasn’t until I was growing up that I realized: This man wanted to subjugate the whole world. I have nothing to do with any of these things.”

According to KIRO7, Uunona ran as a candidate for the South West Africa People’s Organization (SWAPO), and managed to collect 1,196 votes in last month’s election. While it’s quite obvious that the man is neither Adolf Hitler reincarnated nor inherently in support of Nazi German policy, the name has yet to lose its punch.

As voters might have noticed, Uunona’s middle name was reduced to a mere initial on the official candidate list. While his full name was listed on the results page, registered citizens were met with an “Adolf H. Uunona” while casting their ballots. Ultimately, Uunona won the election with 85 percent of the vote. 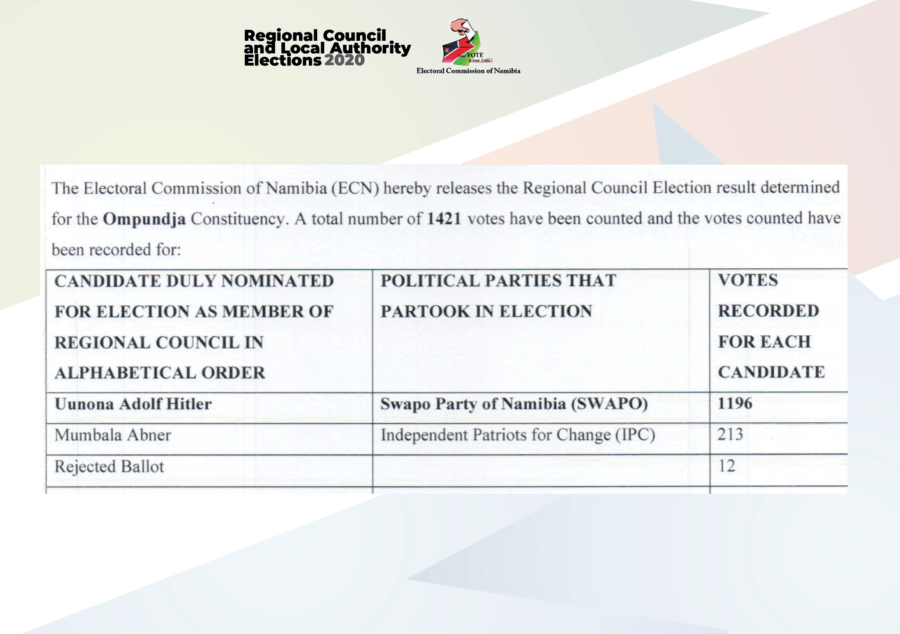 The SWAPO party has campaigned against the colonial and white-minority rule that has systematically and unjustly had a stronghold in Namibian politics for the last several decades. However, the party has fallen in favor recently due to severe allegations of bribery regarding the country’s fishing industry, and it lost control over 30 major cities in last month’s election.

Germany ruled over Namibia from 1884 to 1915 when it was known as a territory called South West Africa, and killed thousands during the Herero Genocide from 1904 to 1908.

As for the legacy of colonial Germany in the region, one needn’t look too far to find remnants of its 20th-century impact. From Lüderitz and Mariental to Helmeringhausen — the country is littered with populations living in places named during the German occupation, while the primary language is English.

As for Uunona, he has no intentions of changing his name. He not only goes by his full name in public, but his wife calls him Adolf. While the name is incredibly rare in modern Germany, Namibia doesn’t bear the collective guilt of its connotation as Germany does.

A documentary on the German descendants of colonialists and the tensions they wreak on Namibia.

Namibia is a relatively young country that has only recently had some semblance of control over its own destiny. South Africa took control over the nation in 1915, and it wasn’t until 1990 that Namibia gained its independence. Earlier this year, Germany offered $12 million in reparations to the country, which they declined. Germany responded that it would be revising its offer to a presumably larger sum.

Seeing as Uunona’s position as a SWAPO councilman is to fight against the white-minority rule, then it would seem that Hitler’s triumph is Namibia’s triumph.

After learning about Adolf Hitler’s win in a local election in Namibia, read about Germany returning the skulls of Namibian genocide victims. Then, learn about Namibia’s Shark Island — Germany’s first concentration camp.