A woman fell from a 730-foot bridge while taking a selfie this week as selfie-related injuries and deaths are skyrocketing around the world. 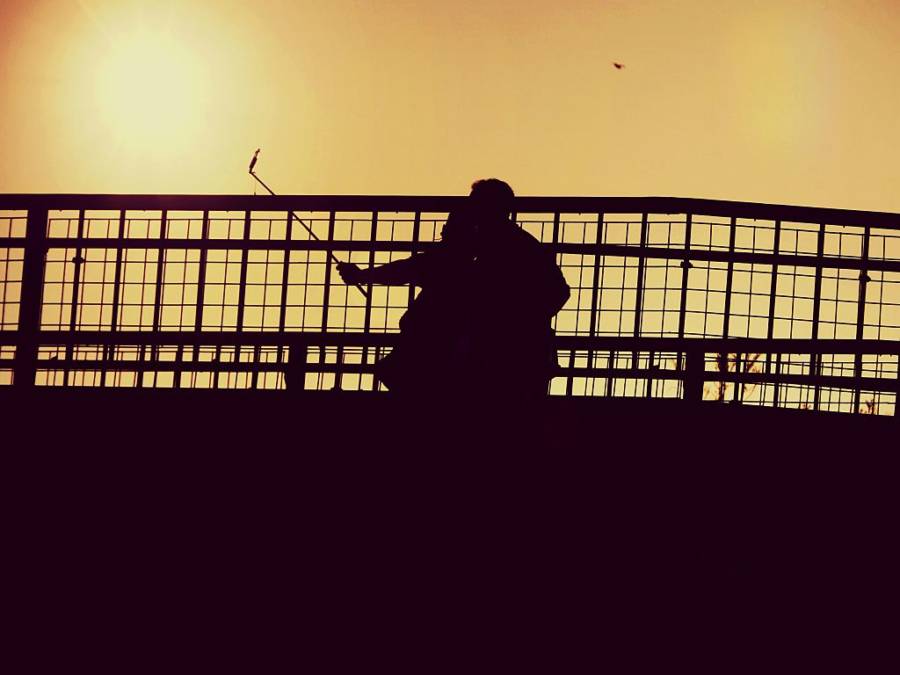 Before you take a selfie, you should get the lighting right, check your hair, and then maybe look around to make sure you’re not in a life-threatening situation.

This last suggestion was recently made by a Sherriff’s office in California after a woman fell from a 730-foot-tall bridge while snapping a picture of herself.

“You can lose your life and none of that is worth a selfie!” the police warned.

They originally started patrolling the bridge — the tallest in the state — when pictures and videos of people hanging off from its walkways made their way around the Internet.

The unnamed photographer in this instance fell 60 feet onto a trail below and was airlifted to a hospital.

The woman’s friend told CNN that “they were taking a picture on the bridge, and then the big bolts that are holding the beams together, she stepped on them kind of weirdly and lost balance and fell backwards.”

The woman had a large gash in her arm, several fractured bones and will need surgery — but she’ll survive.

That makes her one of the lucky ones.

People all over the world have lost their lives in the ultimate selfie quest.

A British guy was electrocuted when his selfie stick was struck by lightning. A Chinese man was killed by a 1.5-ton walrus. Two Russian soldiers were posing with a live grenade during the selfie that would become their last. A Japanese man lost his balance on the steps of the Taj Mahal, craning his selfie arm to take it all in.

Selfies have led to death on top of moving trains in Romania, during the famed running with the bulls in Spain, and in Colorado, where a photogenic pilot crashed into a wheat field.

More people die from selfies than shark attacks. And it doesn’t seem like the numbers will improve anytime soon.

Millenials spend about one hour each week taking selfies and 24 billion of the modern self-portrait were added to Google in one year.

Reality star Kim Kardashian’s book of selfies, “Selfish,” has sold hundreds of thousands of copies. But some people still don’t get the trend.

“To all the young people out there in particular: Banish this…This is disgusting and vile,” acclaimed fashion star Tim Gunn said while flipping through the pages of Kardashian’s pursed lips. “What if this is the only thing that survives in the time capsule? I feel my IQ is plummeting.”

Next, check out these historical selfies taken long before selfies were even a thing.