Darla Elizabeth Hise told officials at a psychiatric hospital that she was trying to send her daughter to heaven to protect her from evil aliens. 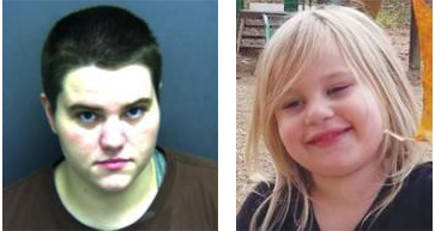 Earlier this year, a Virginia woman murdered her young child inside their home.

Now, The Roanoke Times reports that new court documents filed this week reveal that 27-year-old Darla Elizabeth Hise told officials at a psychiatric hospital she was placed in after the murder that she killed her daughter, six-year-old Abigail, because the child had “aliens in her body and wanted them removed from her stomach.”

These newest revelations only add further drama to this incident that first shook the small community of Hot Springs, Va. six months ago.

On February 4, Hise shot and killed her daughter with a shotgun in their home. She was arrested after police responded to reports of gunshot sounds coming from the house, where they found her three-year-old son still alive inside. He has since been placed with another family.

Police then found methamphetamine and marijuana in the mother’s system.

Shortly after her arrest, she was briefly placed in a psychiatric hospital, awaiting trial, where doctors believed she had “possible drug-induced psychosis vs PTSD psychosis.”

Her attorneys are now hoping that this condition will make her confession to police inadmissible in court, stating that her psychosis and intoxication made her unable to understand, and willingly waive, her Miranda rights.

Whichever way that decision goes, Hise will stand trial on charges of first-degree murder, attempted murder, two counts of use of a firearm, possession of methamphetamine, and having a firearm while in possession of drugs beginning on August 23.

Next, read the grim story about the man who killed his wife aboard a cruise ship for laughing at him.