These World War One Medical Innovations Will Baffle And Amaze You

The Great War took a devastating toll on Europe. But such trauma also paved the way for these incredible World War One medical innovations.

This year marks the 100th anniversary of the start of World War I, which tore through Europe from 1914 to 1918 and took millions of lives with it. Though most people who would remember the event are gone, the Great War still reverberates through our lives even today. In fact, many life-saving medical innovations that we now take for granted were created during that period by field surgeons and nurses who needed to respond quickly to a number of potentially fatal ailments. 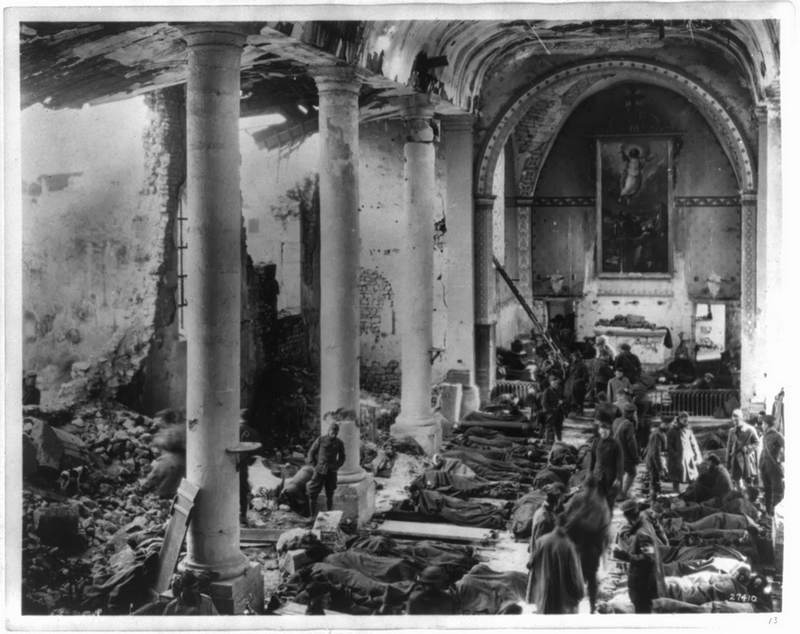 A church converted for the entirety of the war as an American army field hospital. Source: Getty Images

Blood transfusions, which help prevent patients from dying of shock or blood loss, started to be used just before the war. It wasn’t until the the war began, though, that the technique was truly put to the test. 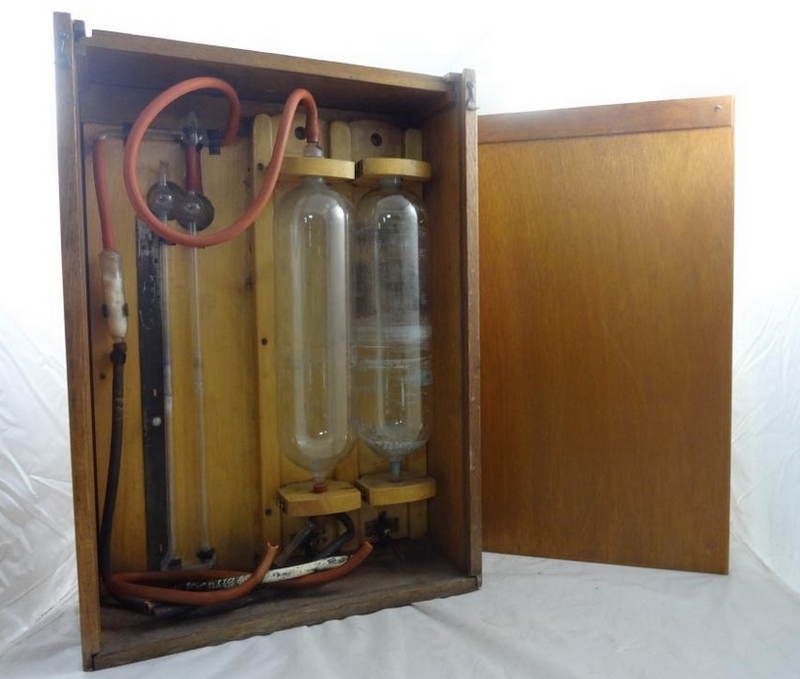 Sepsis, an all-too-common hospital malady back then, was beaten with the invention of antiseptics. And though it sounds obvious to us today, it was also during WWI that practicing good hygiene and cleanliness in hospitals became a prominent strategy for disease prevention. Penicillin wasn’t discovered until 1928, a decade after the armistice that ended the war in 1918. But even without antibiotics, WWI surgeons brought us out of medicine’s dark ages. 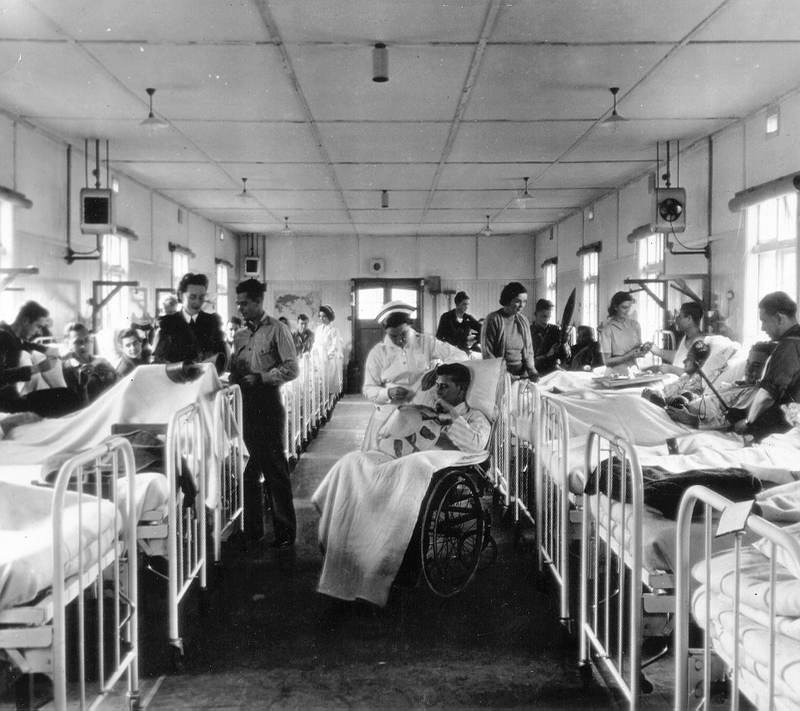 Paraplegic soldiers are cared for at a WWI base hospital. Source: State of Alaska

One of the terrible realities of life as a soldier in the Great War was gas: mustard, chlorine, and phosgene. As you might expect, the gas mask was invented during WWI to counter the toxins’ potentially fatal effects. An early version can be seen on both soldiers and war horses in this photo. 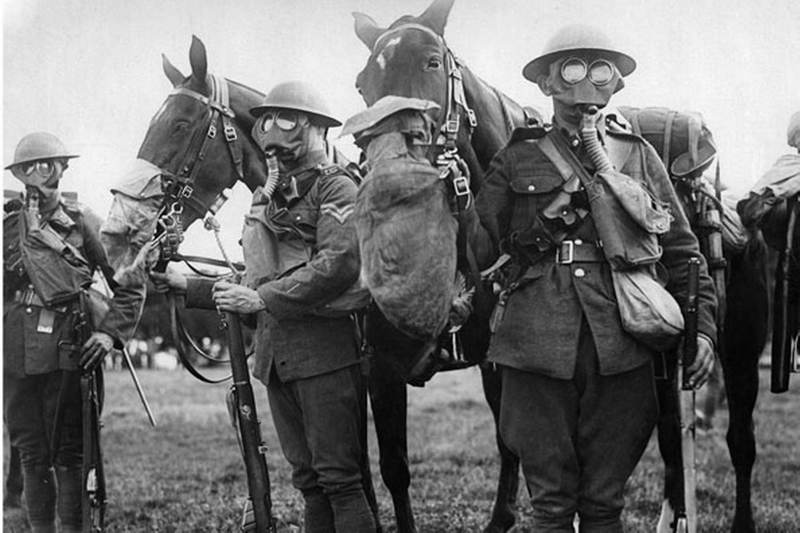 If you want to learn about what being gassed felt like, watch as Jake Gyllenhaal reads a poem about it by soldier poet Wilfred Owen. “Dulce et decorum Est” is perhaps the best-known poem from the war. When translated from Latin, the full phrase appearing in the poem means “It is sweet and right to die for your country.”

In the last year of the war, the Spanish Flu pandemic hit. Hard. It killed 50 million people worldwide in just a few years, even before the growing number of scientific innovations that had previously saved thousands of lives. That’s more deaths than the entirety of WWI, which clocked in at 35 million. 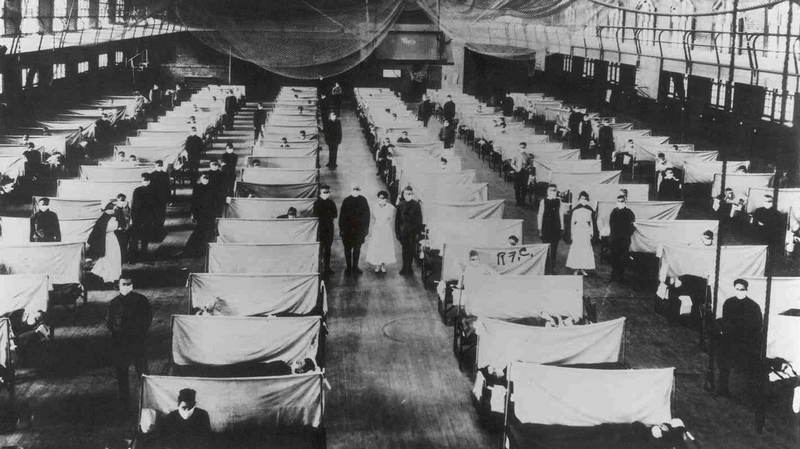 And if the Spanish Flu or the trenches didn’t kill you, shell shock would–at least in an emotional sense. Doctors initially gave the condition such a name since they believed it to be the result of a physical bruise on the brain left by nearby exploding shells. The video below describes the ailment well.

The symptoms of shell shock have returned in war after war. We now know it as post-traumatic stress disorder, or PTSD, but there were plenty of names for it along the way. Watch George Carlin give a lesson on the subject.

But there was another, sometimes lighter, certainly odder side to medicine in the World War I era. What follows is a mixed bag of medical instruments. In the first image, the package reads: “Guaranteed to contain Real Refined Radium and to be perfectly harmless.” Radium was all the rage in the early 20th century, manifesting itself in everything from toothpaste to children’s toys. It had just been discovered by Marie Curie in 1898, who isolated the element a few years later. Companies in France, America, and other nations seized on the news by claiming that radium could heal a wide variety of ills. 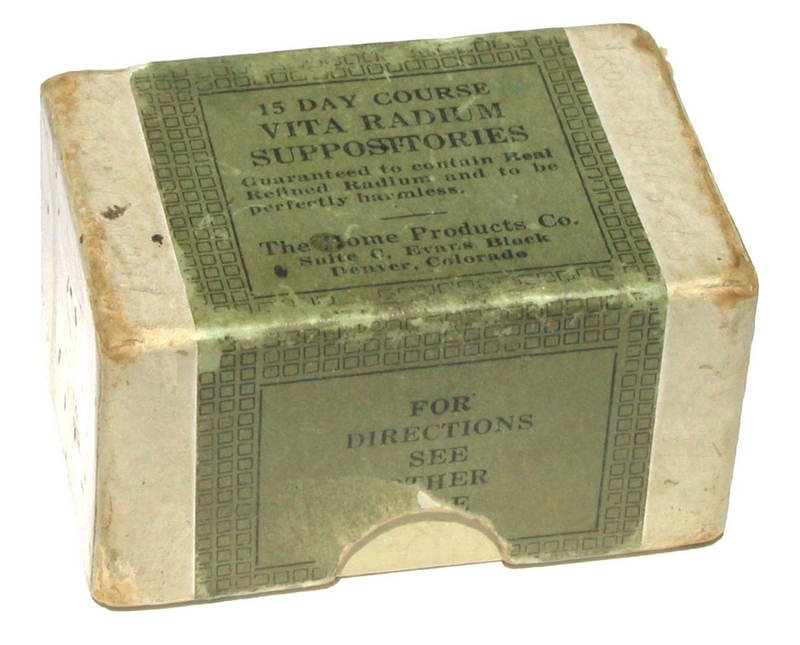 As the company’s brochure stated: “Weak Discouraged Men! Now Bubble Over with Joyous Vitality Through the Use of Glands and Radium.” Yes, apparently radium could fix those slacker glands and bring the user a “brisk step, mental alertness and the ability to live and love in the fullest sense of the word.” The company proclaimed that sexual pleasure was a man’s “birthright.”