The Apache Coming Of Age Tradition: The Sunrise Ceremony 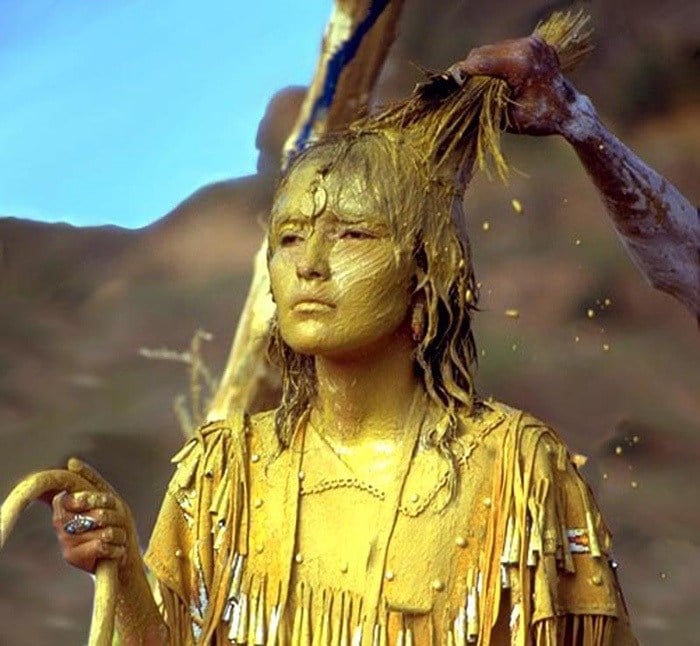 Though it is now a rarity, traditionally all Apache girls were required to complete the sunrise ceremony, also known as Na’ii’ees or the puberty ceremony, during the summer following their first menstruation. The four-day ceremony is a ritual reenactment of the Apache Origin Myth and through personification draws the female participant closer to the first woman, known as White Painted Woman, Changing Woman or simply Esdzanadehe. 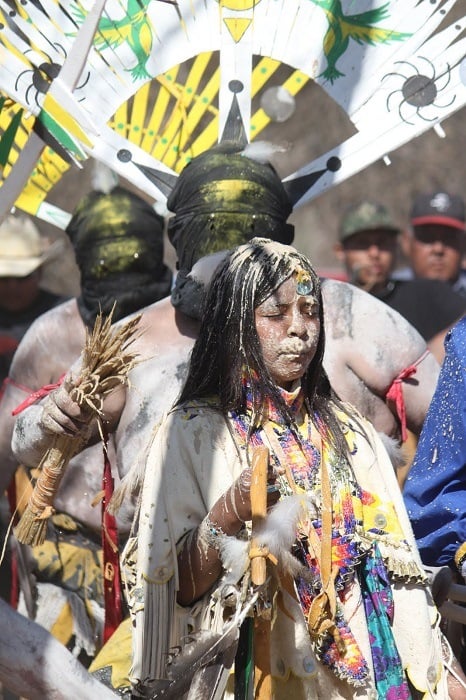 The ceremony itself contains much dancing, singing, ritual, and history. At one point, the participant is even painted with a pollen mixture. During the ceremony, the girl’s power is for herself, though in the four holy days following the ceremony, it becomes available to anyone. 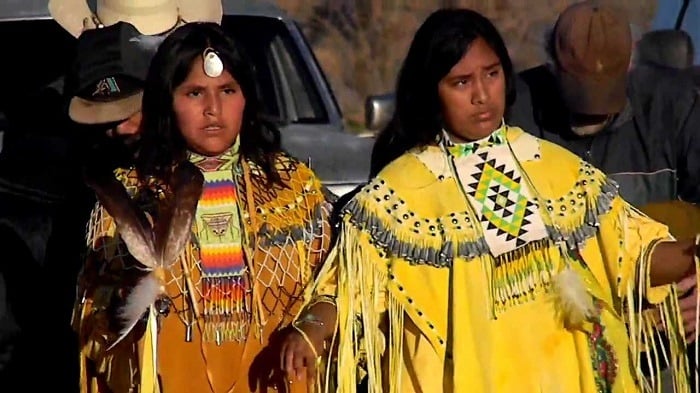 Said to have the powers of the White Painted Woman in the four holy days following the ceremony, girls have been known to heal others without touching them, as well as bring rain. During this special time, the girl must abide by certain restrictions: she is unable to wash herself, touch her own skin, or drink from anything other than her drinking tube.

Check out this video of one of the ceremonies:

Due to the expansive preparations involved, the cost of the ceremony is extremely high for parents. They must pay the individuals who mediate the ceremony, for the intricate symbolic clothing, and many other tribal costs. To reduce the price, some families now do joint ceremonies with other girls coming of age, or they perform a shortened version of the original ceremony. Cost, however, hasn’t been the biggest curb to the practice: United States legislation had effectively banned Native American spiritual practices and rituals for decades before the passage of the American Indian Religious Freedom Act. 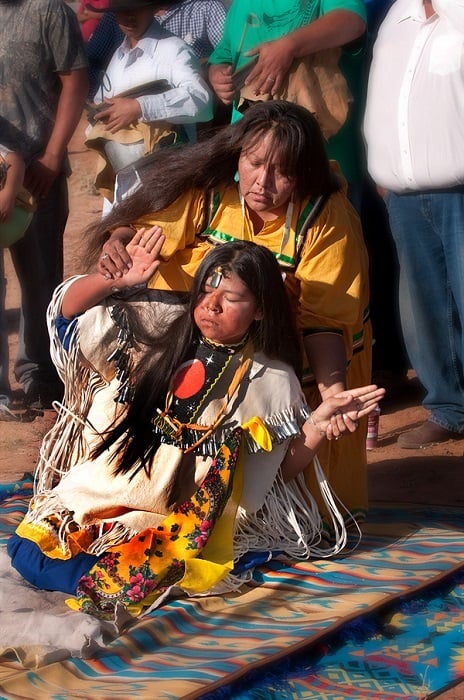 A quinceañera, also referred to as the “fiesta de quince años” or “quince”, celebrates a Hispanic girl’s journey from childhood to maturity. The quinceañera itself takes place around a girl’s fifteenth birthday (hence the name), and is popular in many Spanish-speaking regions, such as Mexico, Puerto Rico, Cuba, and Central and South America. Though quinceañeras are primarily for women, in recent years some boys have held their own quince celebrations, though such parties usually lack the religious and ceremonial elements. 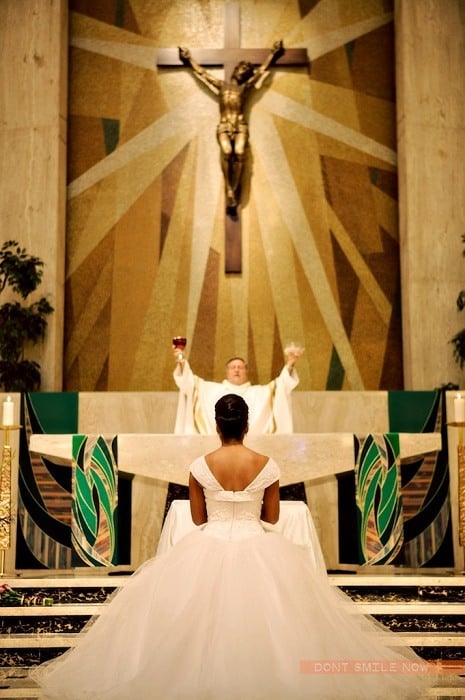 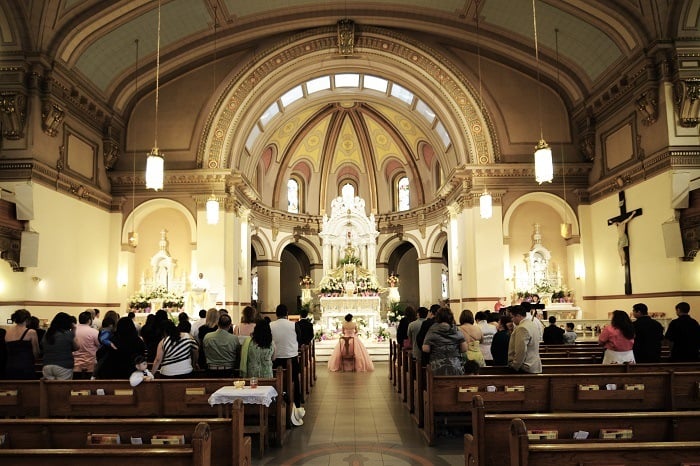 Customarily, the quinceañera begins with a special Mass in which the girl renews her baptismal vows. The ceremony is important, as it solidifies the girl’s commitment to her family and to her faith. Most girls spend months preparing for the ceremony and learning how to “act” as a woman. The religious ceremony is then followed by a grand “fiesta” or reception. 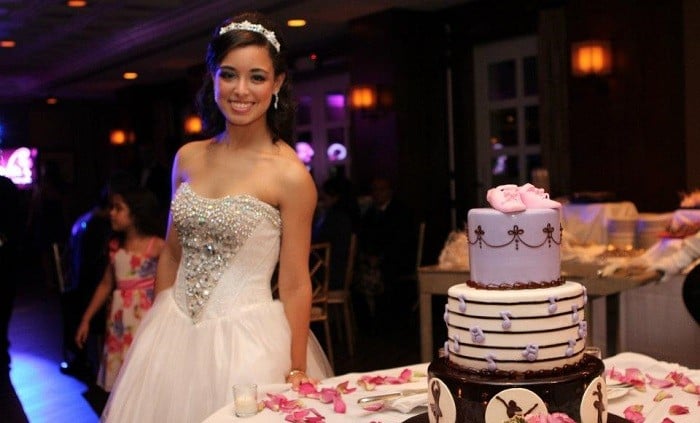 The after-party is an expensive affair, as parents must purchase the extravagant ball gown worn by their daughter, along with a venue, dancing lessons and accommodation for the girls’ court, which consists of seven comples and the chambelán de honor who functions as the girl’s date and holds significance in much of the event’s tradition. 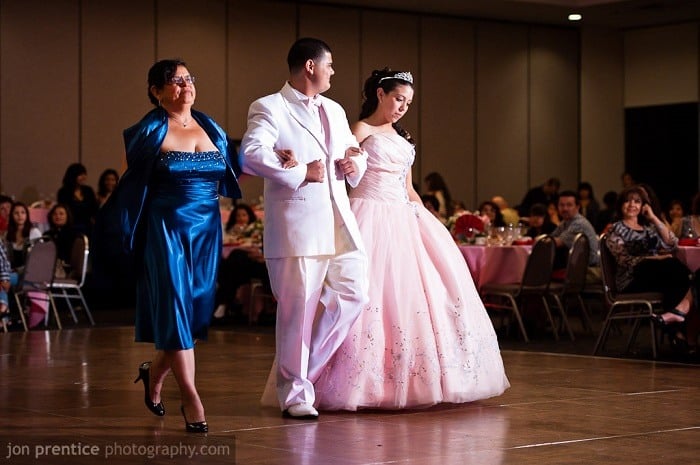 While receptions can and do differ significantly, many begin with the girl’s formal entry, followed by a toast from the girl’s parents, and then one from the girl herself. During the quince reception, the girl will often gift a doll to a younger friend or relative, signaling that it’s time to leave childhood behind. There are also multiple father-daughter traditions, including a father-daughter dance, and a special tradition in which the father removes his daughter’s slippers and replaces them with high-heeled shoes to represent her transformation from girl to woman. 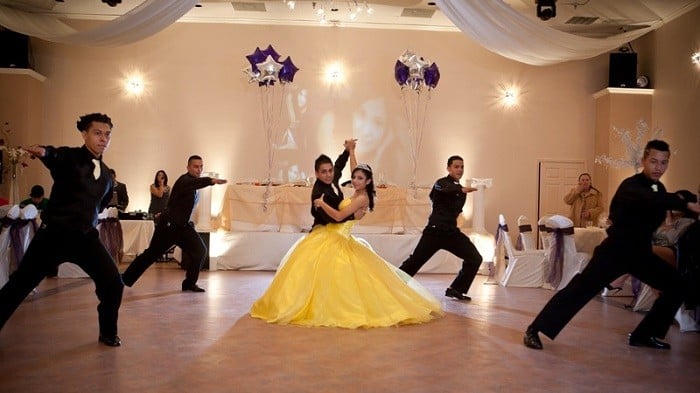