These sharks mapped more than 35,500 square miles of seagrass, which has extraordinary carbon-storing properties that scientists hope will help fight climate change. 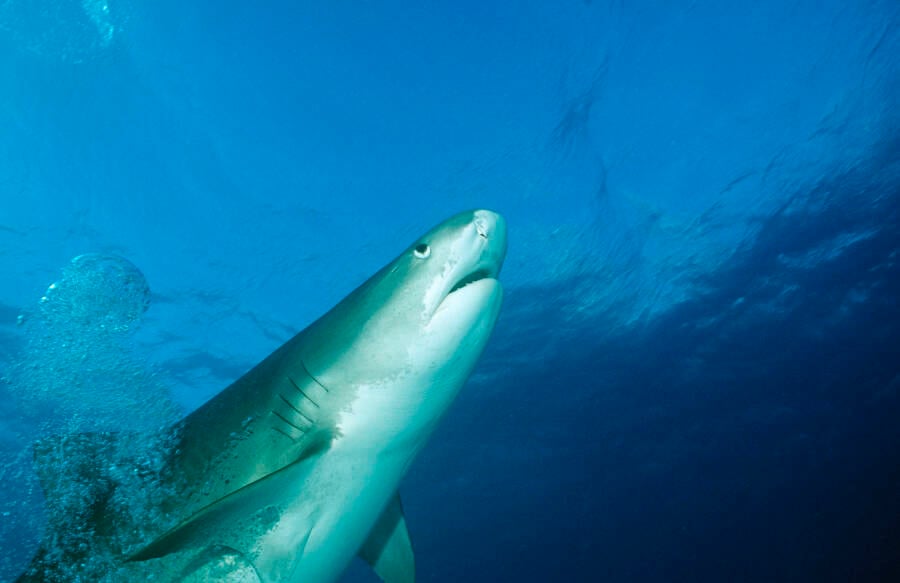 Reinhard Dirscherl/ullstein bild via Getty ImagesTiger sharks are among the largest apex predators in the sea.

A group of seven tiger sharks employed by the American ocean conservation nonprofit Beneath the Waves have recently accomplished a unique mission: to map out an area of the Bahamas that has now been declared the world’s largest seagrass meadow.

The sharks were, of course, unaware of their mission, but it was a resounding success nonetheless, according to a recently published study in Nature.

For years, Beneath the Waves has been monitoring the behaviors of tiger sharks in the Bahamas with the goal of determining how the marine environments the sharks frequent could be improved.

Previously, researchers found that tiger sharks spend a significant amount of time in seagrass meadows looking for prey, and given that they can swim about 44 miles per day, they made excellent research partners for a team hoping to accurately map Earth’s seagrass environments.

The research team equipped six of the sharks with cameras using swivels designed to corrode after 24 hours in salt water. One shark wore a 360-degree camera, making this the first-ever use of a 360-degree camera by a marine animal.

As reported by ABC Australia, it is important for scientists to have an accurate estimate of how much seagrass there is on Earth, as seagrass can store away carbon for far longer than most terrestrial plants.

Carbon stored in coastal and marine ecosystems is known as “blue carbon,” but what makes seagrass particularly helpful is that it stores that carbon in the sediment beneath it, rather than holding onto it itself.

Terrestrial plants, on the other hand, typically release their stored carbon when they die and decompose.

With seagrass, “a lot of the carbon ends up down in the soil where it can be trapped for millennia if it’s not disturbed,” Michael Rasheed, head of the Seagrass Ecology Lab at James Cook University, told ABC Australia.

Unfortunately, much of the Earth’s seagrass is being disturbed due to a combination of direct human destruction, extreme weather, and climate change — which then releases that stored carbon into the atmosphere and, in turn, further adds to global warming.

According to Rasheed, the Earth is losing “up to 7 percent” of its seagrass per year, globally. 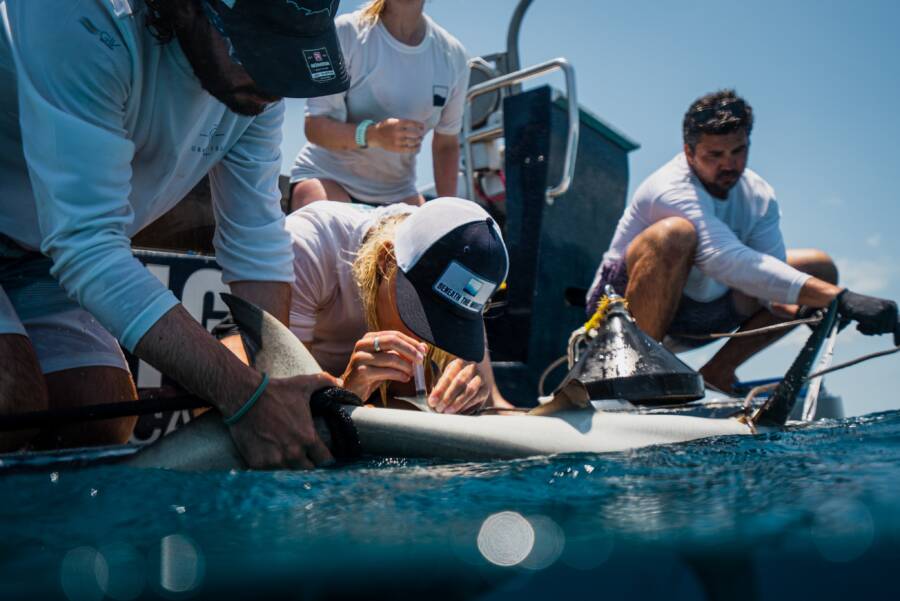 For that reason, tiger sharks are doubly beneficial, as they help to keep seagrass meadows healthy by preying on herbivorous species like sea turtles, dugongs, and manatees that feed on the seagrass and contribute to its decline.

This natural cycle also proved to be of great benefit to scientists.

“The sharks led us to the seagrass ecosystem in the Bahamas, which we now know is likely the most significant blue carbon sink on the planet,” said Beneath the Waves lead scientist and CEO, Austin Gallagher.

“Putting cameras on animals for science is not necessarily a new thing, but using this approach to map seafloors is a relatively new concept,” he said. “I think it is honestly the only way to properly survey the seafloor throughout expansive and remote shallow ocean regions.”

“Seagrasses [also] help prevent coastal erosion,” Rasheed said. “And in places where you’ve got good seagrasses growing, they’re filters if you like, removing sediment and nutrients flowing from the land out to the Great Barrier Reef.”

Current estimates say that there could currently be anywhere from a verified 99,660 square miles of seagrass beneath the ocean all the way up to nearly a million, but there has been no way to know for certain until now.

Based on these estimates, the newly mapped meadow in the Bahamas, which may span up to an estimated 92,000 square kilometers, or 57,200 square miles, could hold anywhere between 19 and 26 percent of the blue carbon buried in seagrass globally. 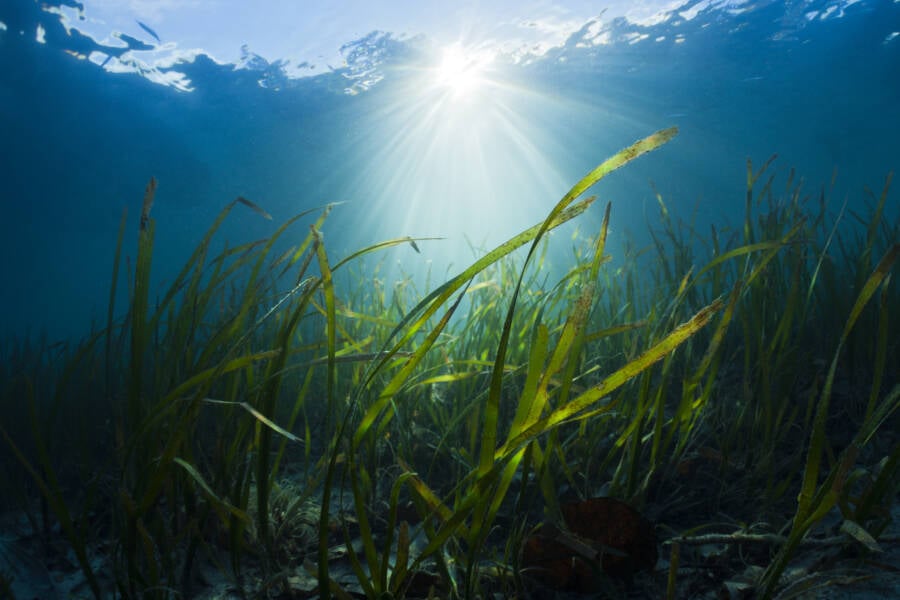 Reinhard Dirscherl/ullstein bild via Getty ImagesThe team from Beneath the Waves believes that this new discovery provides hope for the future of our oceans.

The current state of the climate crisis, Gallagher said, means that these meadows need more protection.

“The documented extent of seagrass meadows remains poorly understood,” he said. “So there is a clear need to do the mapping and science to swiftly document these areas, and then protect them, given the myriad benefits they provide to humans and our own survival.”

Next, learn about whale sharks, one of nature’s most majestic creatures. Then, check out these photos that illustrate the impact pollution has had on sea life.