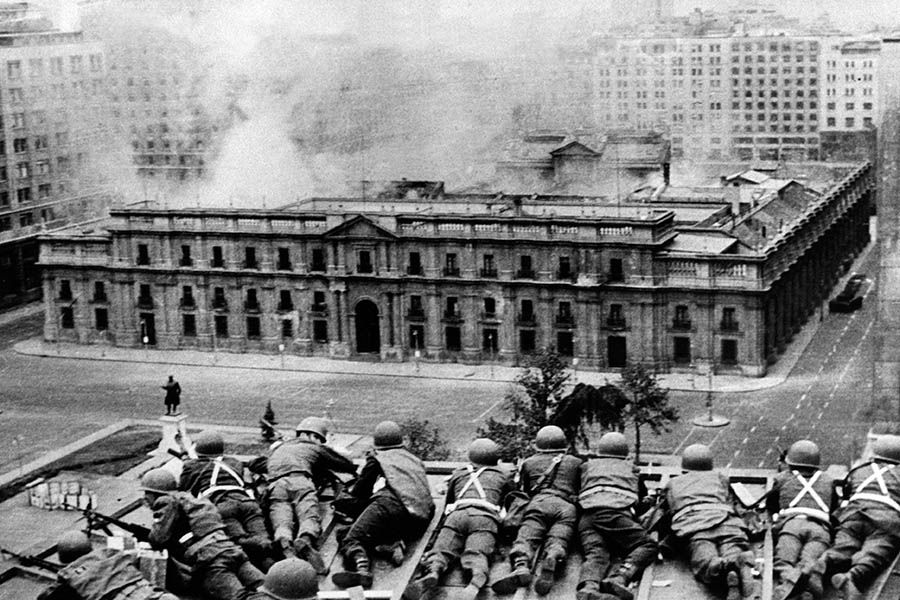 OFF/AFP/Getty ImagesChilean Army troops positioned on a rooftop fire on the La Moneda Palace 11 September 1973 in Santiago, during the military coup led by General Augusto Pinochet.

Nowhere was the School of the Americas’ approach to “international cooperation” more clearly on display than in Pinochet’s Chile.

In 1970, the voters in Chile had a choice of five presidential candidates. They chose Salvador Allende, a center-left developmentalist politician who had run on a populist platform. This alarmed then-Secretary of State Henry Kissinger, who was recorded at the time as saying: “I don’t see why we need to stand by and watch a country go communist due to the irresponsibility of its people. The issues are much too important for the Chilean voters to be left to decide for themselves.”

Kissinger froze the CIA out of much of his plotting in Chile. The secretary of state never trusted the CIA, and there’s every reason to believe he valued secrecy for its own sake. The Agency still had a role to play, however, in the drama surrounding the Chilean military Commander-in-Chief, General René Schneider Chereau.

Schneider was, above all else, a Chilean patriot. Though he personally disliked Salvador Allende, he was obliged to support the voters’ choice for president and facilitate Allende’s peaceful ascension to office. The CIA had other ideas and approached the general to sound him out about a coup. Schneider refused in no uncertain terms, and was thus classed by the CIA as “a major stumbling block.”

The Agency reached out to another Chilean general, Camilo Valenzuela, and cooked up a plot to smuggle untraceable guns into Chile. The idea was for Valenzuela’s conspirators to assassinate Schneider in public, and then to blame it on Allende supporters as a justification for reversing the election results.

The CIA funneled over $50,000 to one of Valenzuela’s conspirators, General Roberto Viaux, and provided his hit squad with automatic weapons and gas grenades. According to later accounts by the CIA, the team’s instructions were to kidnap Schneider, rather than to kill him.

After several false starts, the “kidnappers” finally caught up with Schneider’s car on October 22, 1970. Using a sledgehammer, they bashed in his rear window and then shot him several times in the abdomen. Three days later, the General died of his wounds. The CIA then paid another $35,000 to members of the hit squad for “humanitarian purposes.”

On September 11, 1973, Salvador Allende was killed in a military coup headed by Chilean general Augusto Pinochet. During his reign, Pinochet secretly (and sometimes publicly) killed perhaps 30,000-50,000 civilians and plunged his country into the deepest economic crisis since the fall of the Inca Empire.

US federal courts refuse to allow criminal or civil lawsuits to proceed against either Kissinger or those responsible at the CIA. 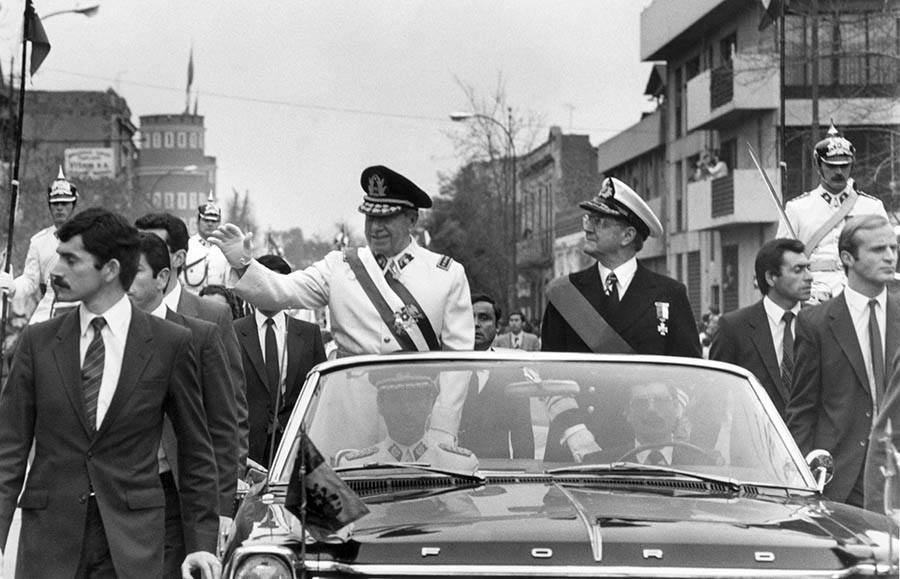 AFP/Getty ImagesGeneral Augusto Pinochet (l), head of the Chilean military junta, waves from the motorcade shortly after his coup that killed President Allende.