Photo Of The Day: Is This The Worst Smog In The World? 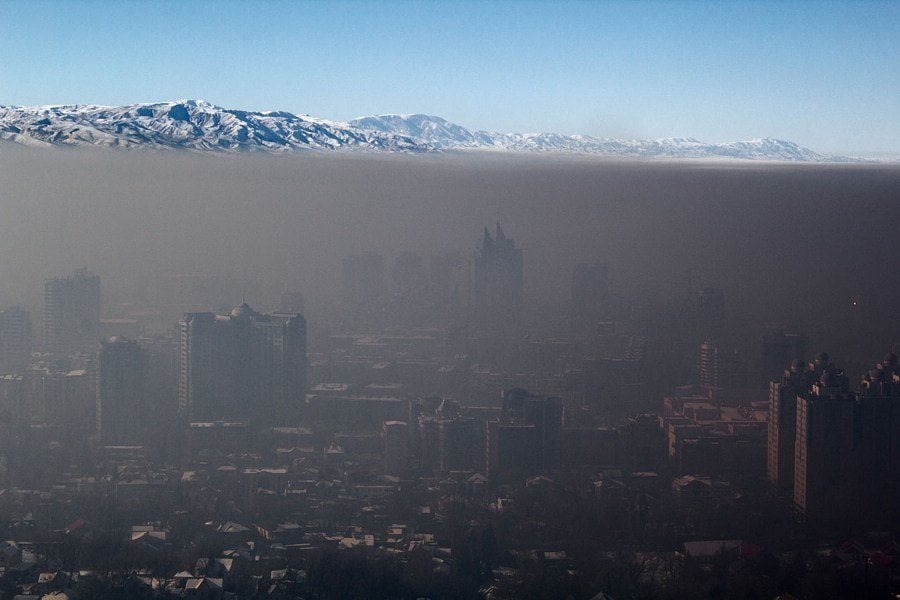 By now, you’ve surely heard about China’s crippling smog problem, particularly in Beijing. And perhaps you’ve heard that Beijing isn’t even the worst offender, and that the world’s most polluted city lies elsewhere.

But no matter how much smog you’ve seen, either in photographs or in person, nothing can prepare you for what certainly had to be, at least on this particular day, the worst smog in the world.

The city in question — Almaty, Kazakhstan — is indeed heavily polluted, as evidenced above. As local environmental activist Abay Yerekenov told The New York Times, the air quality there is “appalling.”

Just how appalling isn’t so easy to determine. A report from the Mercer global consulting group declared Almaty the ninth most polluted city in the world. However, that report was written in 2007 (and Yerekenov would surely tell you things have not gotten better since then).

Currently, Almaty doesn’t rank on what is likely the most comprehensive survey on air pollution around the world, conducted by the World Health Organization. But as comprehensive as that survey is, it has major weaknesses in the amount of data it gathers from certain parts of the world, including Kazakhstan, leaving many majorly polluted cities unreported or underreported.

But wherever Almaty truly ranks, you don’t get photos like the one above with pollution alone. What you need is a temperature inversion. 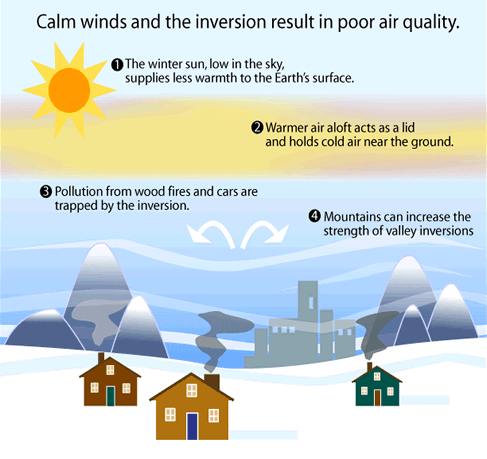 Temperature inversions are fueled by a number of factors, many of which apply to Almaty (on the day above in particular), including: weak winter sun not sufficiently warming the ground, valley topography trapping cold air near the ground, long winter night keeping the ground cold for longer than usual, far distance from an ocean keeping surface temperatures down (the ocean retains heat better than the ground does).

For another surreal story out of Kazakhstan — aside from what may be the worst smog in the world — delve into the country’s bizarre sleeping sickness, which has turned one town into a real-life Sleepy Hollow. Then, travel to the other side of the pollution spectrum and check out