The Mounting Environmental Crisis In China

Global concerns have grown steadily over China’s increasingly perilous environmental problems. A country with as many people as every Western power combined, China has muscled itself into international relevance by becoming the world’s biggest exporter. But its meteoric economic rise has sunk China chin-deep into an environmental crisis that is not only the result of its recent prosperity, but appears built into it. Little evidence suggests that it will get better before it gets worse.

Like America, China’s primary source of power comes from coal and both countries’ dependence on the hard stuff is politically and economically entrenched. China’s coal use is far and away its biggest problem when it comes to the environment, and moving on to cleaner resources will be about as difficult as switching methadone for Motrin. Government energy experts estimate that China’s primary energy source will be coal for at least the next three decades. At the same time, a million cars are added to Chinese roads every year, adding to the greenhouses gases warming the planet. 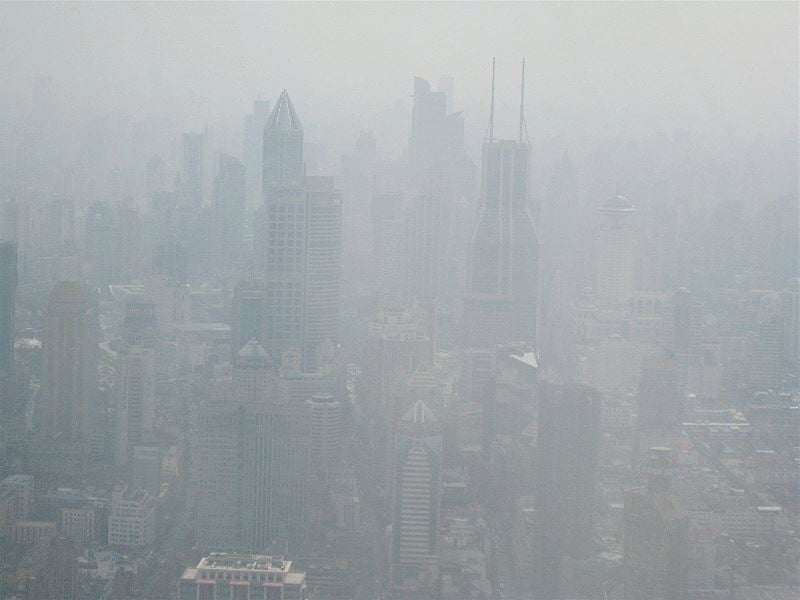 Just last month, the American Embassy in Beijing made headlines when the city’s evening Air Quality Index (AQI) measured a suffocating 775. The international scale stops at 500. To put that into perspective, at the same time Beijing reached an AQI of 775, New York City’s AQI was 19. Most American cities never top 100, with the worst offenders never breaking 200. 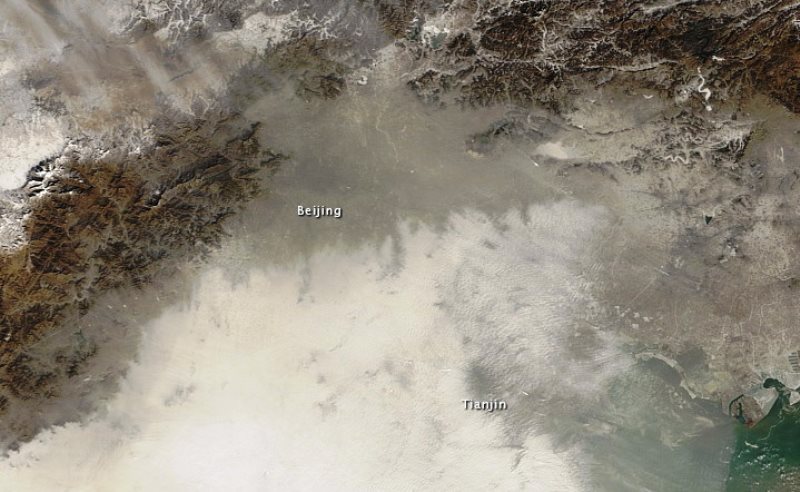 Yet Beijing isn’t even China’s biggest problem. When the World Bank released a list of the world’s most polluted cities, 16 of the top 20 were in China. In Linfen, the world’s worst air polluter, just standing outside will burn eyes and scratch-up throats, to the point that air quality is prohibitive to outdoor exercise. Children come into hospitals with lead poisoning as often as ear infections, and lung cancer and emphysema are suspiciously widespread among the elderly. 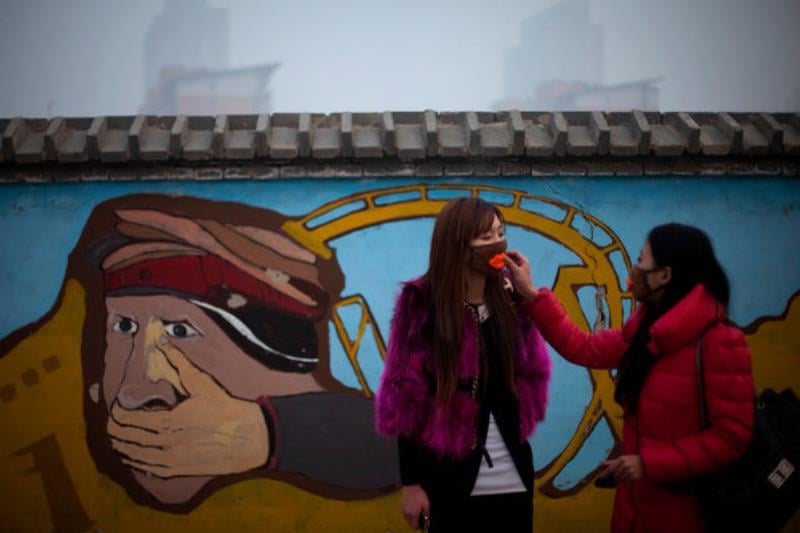 Though the media often shows citizens braving the smog with surgical masks, the majority of Chinese commuters find them cumbersome, or can’t afford them, and make due with what is handy. 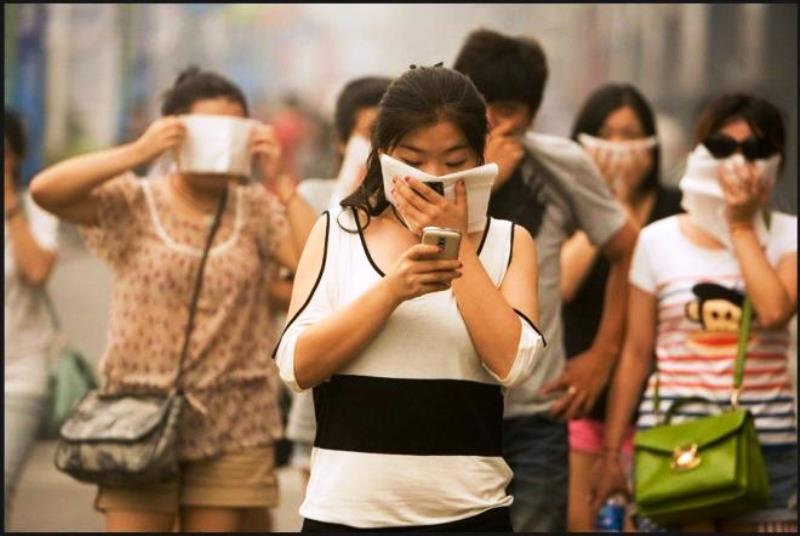 In fact, even when they know the air is killing them, Chinese commuters usually skip them entirely. VICE magazine’s two-part video “Toxic Linfen” does a great service to the city, country, and people, and is very much worth the watch:

For a tiny glimpse of the level of fossil addiction, watch these 15 seconds of footage speeding past nothing but coal trucks exiting the city, choking the highway to a standstill.

Yet what started off being China’s problem has now become the world’s problem. Last year, NASA released a study that concluded about 50% of American air pollution was foreign dust, mainly from winds blowing from Asia over the Pacific. Though this is actually a natural process–only 12% of the foreign dust over America is man-made–the huge increase in Chinese coal-burning has darkened the dust which enters from from cloud level and absorbs sunlight, heating the land under it and reducing precipitation across the continent. The takeaway is that after only two centuries of human industry, the planet has proven it simply isn’t big enough to compensate for artificial dust contributions.

But in their own quiet way, China’s government is making efforts to clean up. Tax breaks are offered to citizens who buy electric cars, and their gasoline efficiency standards are much better than America’s. In the wake of Beijing’s Smog mishap, the government announced massive investments in solar, wind, and water generation, as well as reducing its coal and total energy consumption. Like in most countries, however, alternative fuels will only ever take hold when they are most profitable for all parties involved.

It can be easy to forget that despite living in a fashion totally unseen elsewhere on the planet, human beings are part of a healthy ecosystem both regionally and globally. Though it’s hard to think of them as “natural,” human industrial and technological advances since the dawn of civilization–and especially since the 19th century–are extreme manifestations of our tool-building instincts and the planet has largely absorbed the punches we’ve thrown at it as a result.

But as these same advances have doubled our lifespans and blown up our population, they’ve exponentially increased the demand on earth’s shrinking resources. Though not the major contributor to the pollution, China’s massive citizenry amplifies what is already a serious problem. Even on a regional level, an unsustainable population can have catastrophic ecological consequences and, in just about every way, China’s problems are exacerbated by its massive and widespread citizenry. 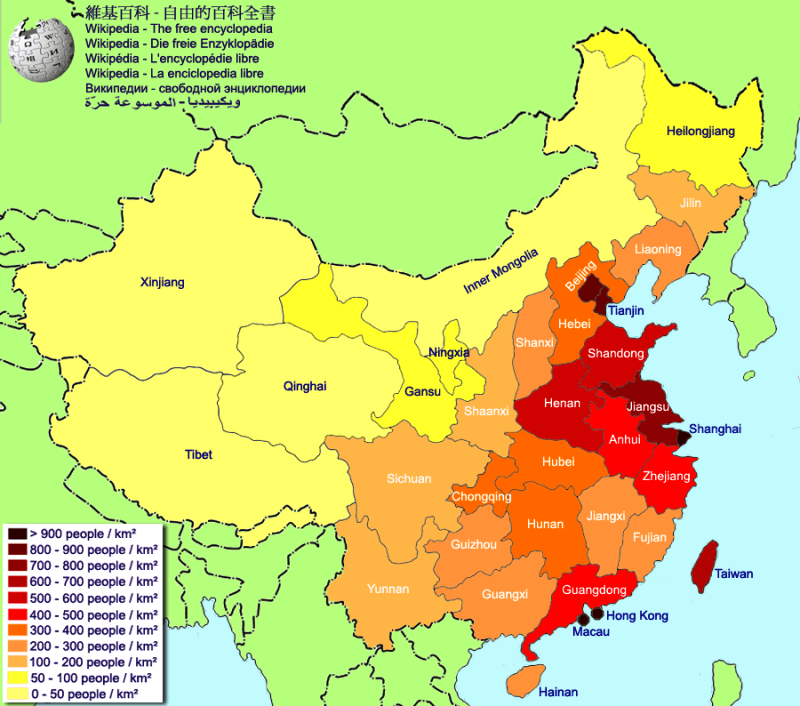 To make room for all the people and food, whole hillsides of forest have been leveled and burned. Despite policy and cultural initiatives that have increased forest coverage and planted literally tens of billions of trees, the wholesale deforestation has contributed to both flooding and desertification across the country. Feeding 1.3 billion people requires vast stretches of land for crops and livestock, which leak pesticides and antibiotics into the soil and water. And in and around the densely packed Chinese cities, particularly in the east, consumption of coal and gasoline is so brazen that the smog is now visible from space.