The Mounting Environmental Crisis In China

Heavy Metal Falling From The Sky

About a year ago, the media was on fire about worker suicides, unreasonable working conditions, and use of nerve-destroying N-Hexane to clean touchscreens. These issues have been addressed and even largely resolved, but there lurks a much bigger issue behind China’s exploding technology industry: heavy metal waste. 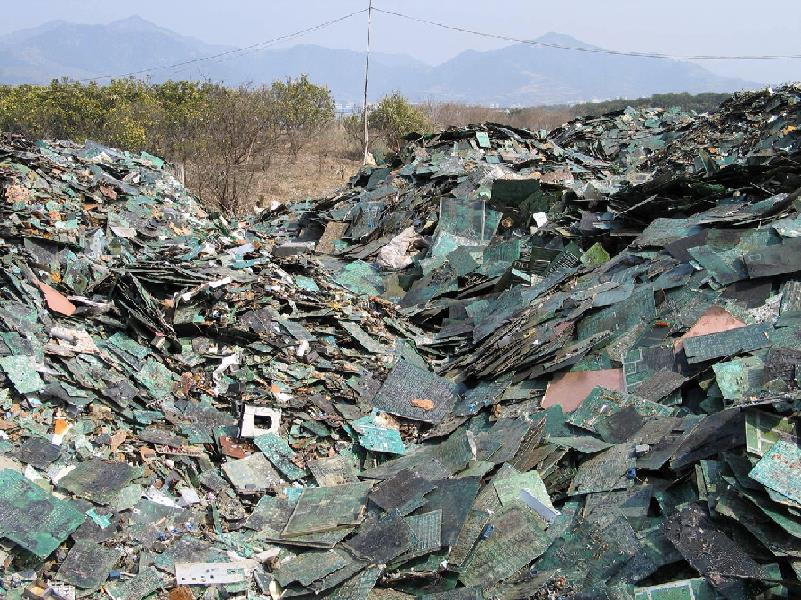 Much of American, European and Japanese technological waste litters China’s landscape, leaking cadmium, mercury, and lead into the soil and water. In Guiya–dubbed the world’s eWaste Dump–hills of keyboards, monitors, and hard drives stretch for miles. The city’s main river has a horrifying 2400 times the WHO’s threshold for Lead. Over half China’s rivers, a third of the lakes, and a staggering 80-90% of urban groundwaters are polluted with these unholy run-offs, making the simple act of drinking water a game of carcinogenic chance. 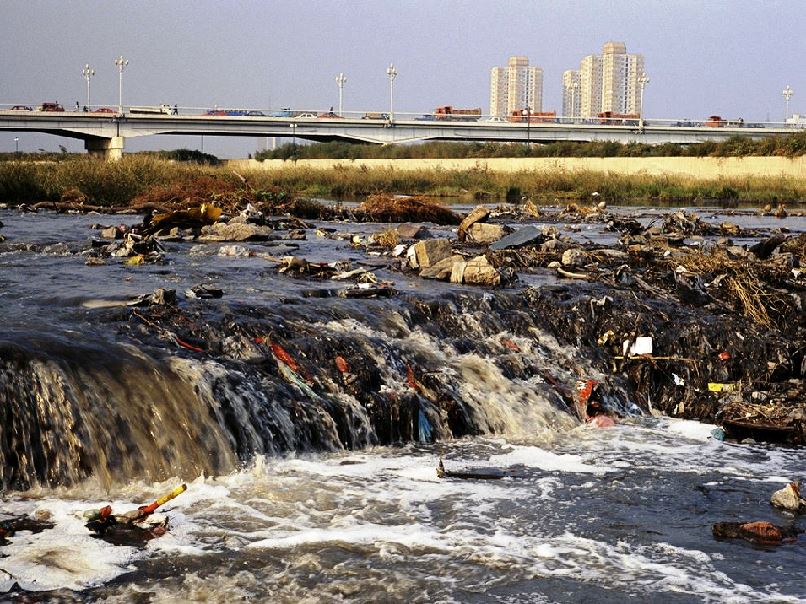 With their land polluted and no where to go, village farmers have taken to sorting and selling these discarded computer parts to sustain themselves. Aside from living on top of chemicals which slow childhood development (lead), insane (mercury), and just plain kill them (cadmium, chromium, lead, the list continues), literally hundreds of thousands of workers grind, dissolve, and burn tons of plastics and internal hardware without concern for domestic prohibition, environmental consequence, or even their own safety. And since most workers can’t afford to live away from deadly chemicals, it follows that they can’t afford daycare, either. 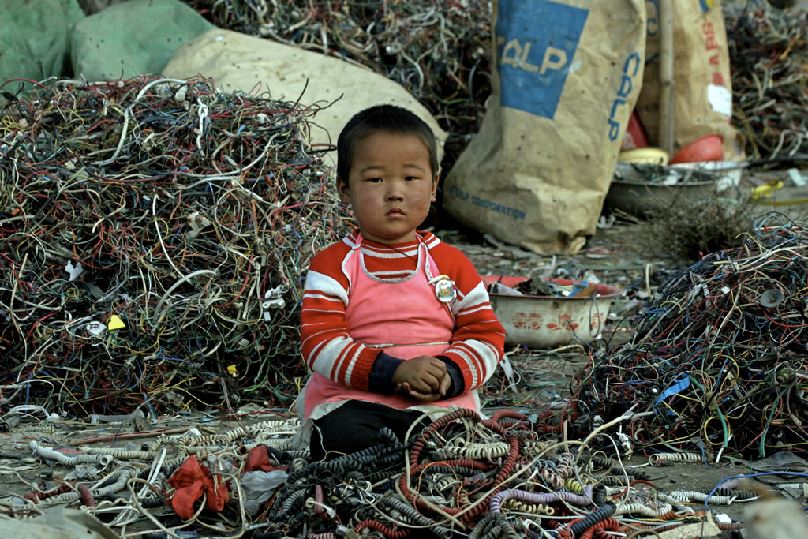 The effects on China’s people have been devastating. Because of the chemical run-off, farmers and villagers dependent on natural water sources are four times more likely to develop cancer than anyone else on earth. Crops are watered with polluted rain and river waters which is then fed to livestock, both of which end up consumed by the populace. In Tianyang, the country’s dominant lead producer, smaller mining operations skirt regulations causing eight to ten times the airborne lead levels than are deemed safe by the government.

If and when someone does fall ill, the healthcare system in place leaves much to be desired. For the rural population, still the vast majority, the government provided insurance is helpful only to the healthy. Visits to local doctors are covered up to 80%, but for a more serious disease that requires a specialist inevitably located in the city, the government only covers 30% of the cost. Village families are often forced to sell off their whole livelihoods just to chip away at their enormous medical bills, often for treatment that merely prolonged suffering instead of saving lives. 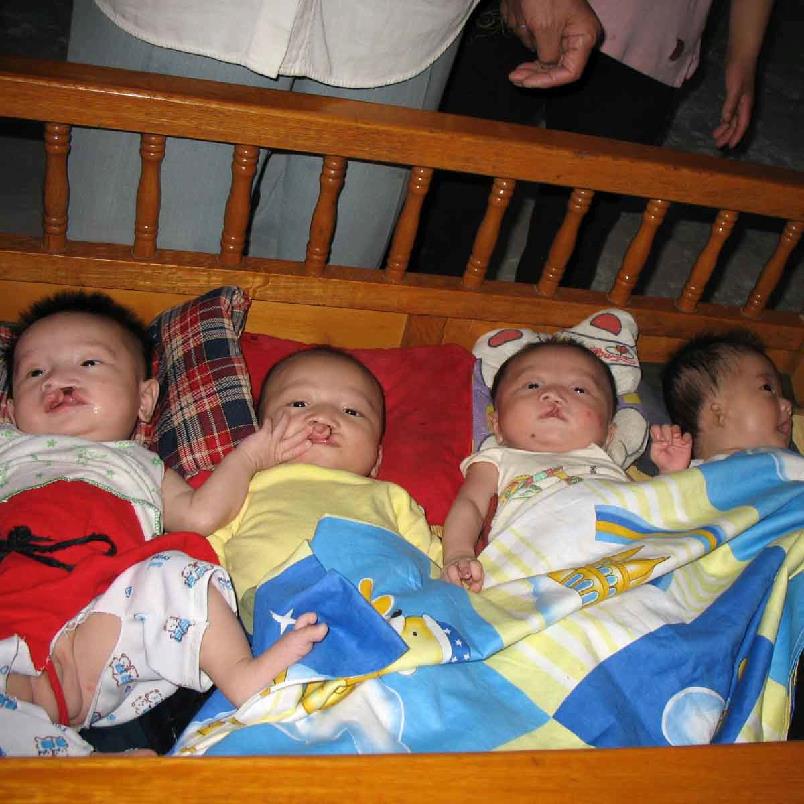 As if dealing with everything facing the nation at present wasn’t demanding enough, China is finding itself unsure of what to do with thousands of abandoned babies suffering from heavy metal and coal dust birth defects. Every 30 seconds, a Chinese baby is is born with birth defects, ranging from an easily treated cleft palate to life-defining developmental disabilities. This in a country whose one-baby policy has already left it with tens of thousands of abandoned baby girls each year and a generation with 30,000,000 more boys than girls.

The Environmental Crisis In China: “Until I Need Glasses”

Humanity’s relationship with fossil fuels evokes an old dirty joke. One day at a Catholic school, a nun catches a boy in the act of self-abuse. After swatting his hands with a ruler until they’re too swollen to hold a pencil, she scolds the boy, “Don’t you know you’ll go blind if you keep doing that?” to which he responds, “Can I do it ‘till I need glasses?”

Even though it was elevated to a cabinet position in 2008, China’s Ministry of Environmental Protection is still relatively weak when compared to other ministries. In a country of 1.3 billion, 60,000 employees monitor all of China’s industrial facilities and environments, usually equipped with obsolete tools and possessing little authority should they find anything against regulation. In addition to being the appendix of China’s body politic, the MEP is so underfunded that regulators often take bribes just to earn a living. And since the government is the body responsible for both the factories and the regulators, levying fines is often a futile gesture.

The West is in no position to demand change from China, either. Not only does China own huge chunks of Western debt, Western lifestyles are maintained through access to cheap Chinese exports and credit. Only through global social, economic and political revolutions will mankind keep up with it’s ambitions. 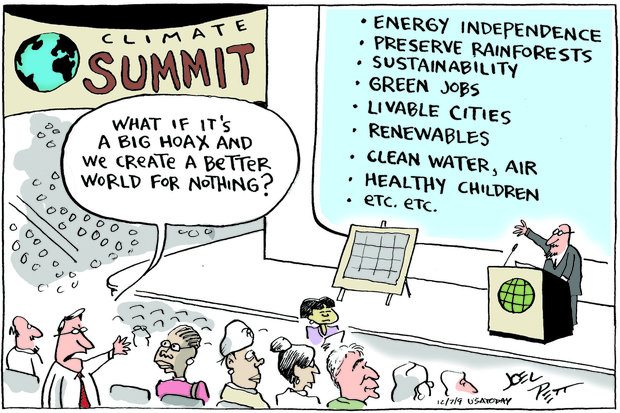 Discover the depths of the problem with this unbelievable look at pollution in China.