The Worst War Crimes Ever Imaginable 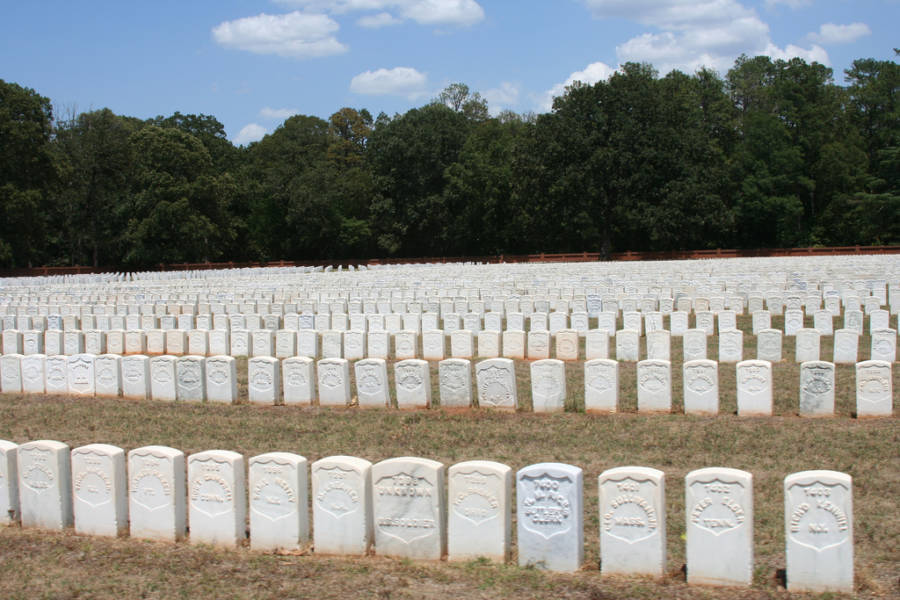 Graves of those who died at Camp Sumter, the only U.S. Civil War site where war crimes were officially committed. Richard Elzey/Flickr

The U.S. Civil War claimed over 620,000 lives and left a bloody stain on America’s history, and yet only one man involved was tried for war crimes. That man was Henry Wirz, the Confederate commander of Andersonville, Georgia’s Camp Sumter, which housed Union prisoners of war.

Conditions at the camp, which was chronically understocked, were absolutely abysmal. Meant to house 10,000 inmates, at its 1864 peak 32,000 POWs resided within its cramped, rank walls, leaving inmates with only six square feet of “living space.” 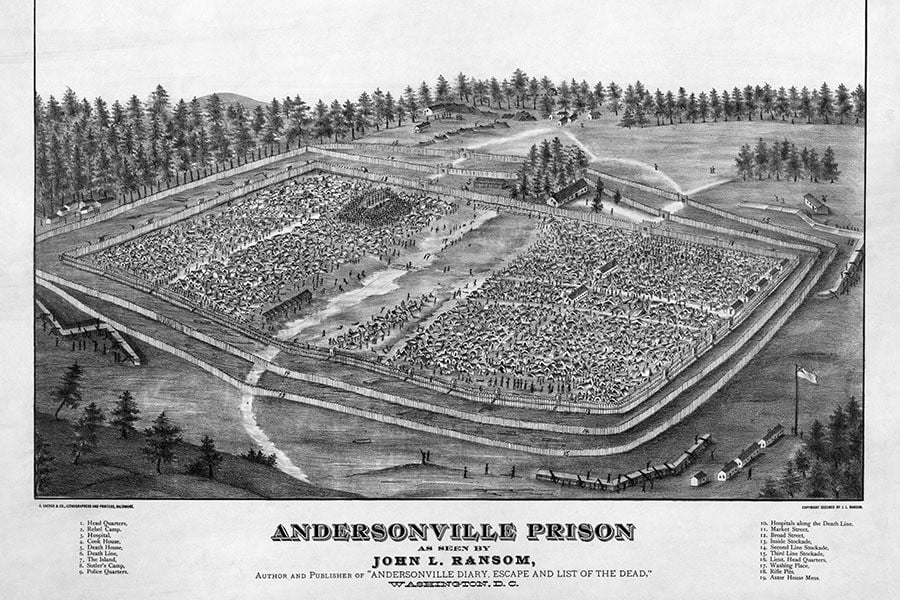 Food was scarce, and the materials necessary to prepare it even scarcer, which left many prisoners to starve. On top of starvation, deplorable sanitation conditions at the camp led men to drink creek water filled with the fecal matter of diseased and dying men, sickening them with scurvy, dysentery, and diarrhea.

And if disease didn’t kill inmates, people inside the prison would. Several gangs, such as the Andersonville Raiders, arose in the 16-acre prison camp, and would attack (and murder) inmates for what little possessions they had. Looming above the camp grounds, poorly trained guards would shoot inmates indiscriminately and without cause.

As for Wirz, later condemned to death for war crimes, he claimed he was just following orders. 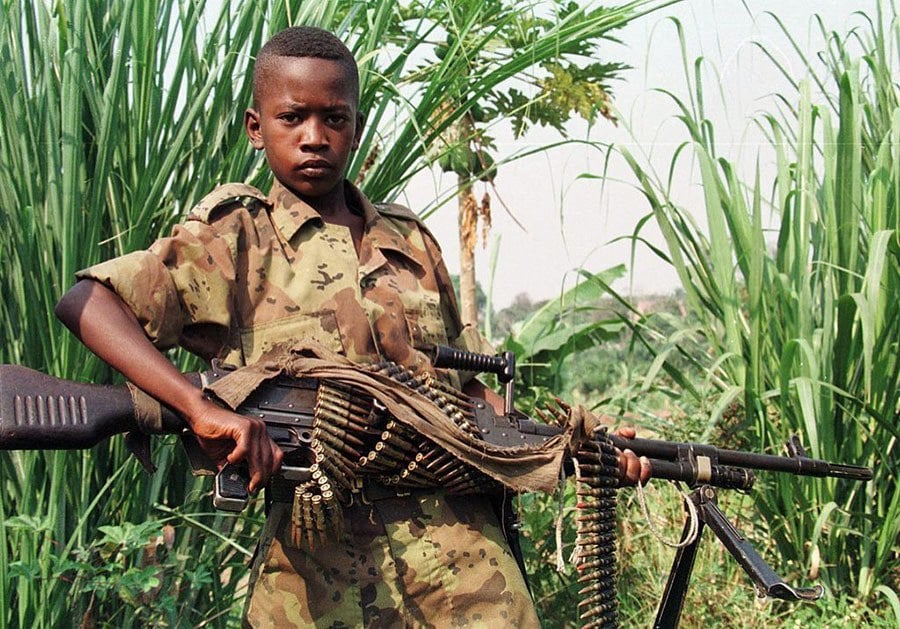 ABDELHAK SENNA/AFP/Getty Images A young rebel soldier with his machine gun in Kalemie, Democratic Republic of the Congo.

An abundant supply of diamonds, gold, and copper can be found in the Congo — as well as blood. Toward the end of the 20th century, the nation descended into decades-long civil war, the harrowing history of which has been shaped by child soldiers, cannibalism, and especially mass rape.

The use of rape was so widespread and routine that the U.N. decided to consider rape to be an instrument, not a side effect, of war. Indeed, a 2011 study from the American Journal of Public Health found that up to 1.8 million women in the Congo have been raped, averaging out to around 48 women per hour.

Whether it’s meant to instill fear in local populations or encourage the abandonment of property and the collapse of domestic relations, rape as a military strategy in the Congo does not discriminate.

Women of all ages have been targets of these rapes; victims have been as young as 18 months old or as old as 80. In some instances, women’s genitalia are mutilated, with their families being forced to watch.

According to accounts on the ground, rape has become normalized. Wrote filmmaker Fiona Lloyd-Davies, who spent time in the Congo to make a film about rape there, “Women told me how they expected to be raped. Not once but many times. The women I met, spoke of gang rapes, three or four times. Sometimes it was ‘only’ two soldiers, more often gangs of men, 10, 20, over and over again.” 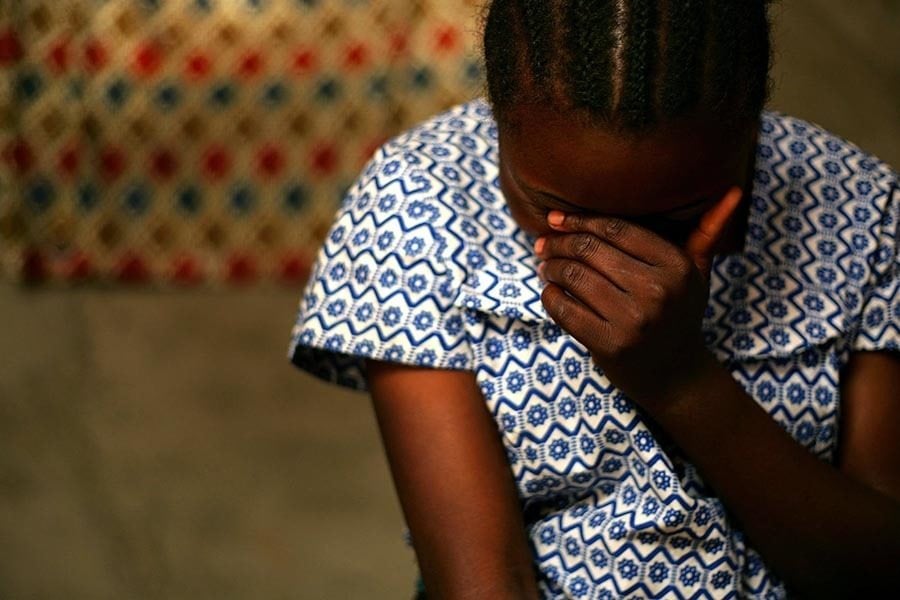 Spencer Platt/Getty ImagesA woman covers her face as she describes her rape to a health worker on March 20, 2006 in Kanyabiyunga, Democratic Republic of the Congo. She alleges that she was raped by three members of the military while visiting her grandmother.

Apart from the physical scars such a traumatic experience leaves — disfiguring fistulas and STIs are common among rape victims in the Congo — the emotional trauma can be impossible to overcome.

Lloyd-Davies recounted meeting one woman, Masika Katsuva, who illustrated that point. Katsuva and her two daughters were raped by soldiers; her husband was murdered in front of her, and she was forced to eat his private parts. Later, when Katsuva attempted to seek refuge with her husband’s family, she and her daughters were rejected and had nowhere to go.

The war officially “ended” with a 2013 United Nations peace treaty, at which point over five million people had perished since the war began in the early 1990s.

One year later, 39 men were put on trial for at least 130 counts of rape in the township of Minova. Over 1000 victim participants joined the case, offering testimony. Five months later, only two men were convicted — for one individual rape each.

After learning about history’s worst war crimes, read about the most evil science experiments ever conducted. Then, see the ten worst execution methods throughout history.