The moth, called "xanthopan praedicta," or "Wallace's sphinx moth," has a tongue that stretches nearly one foot long. 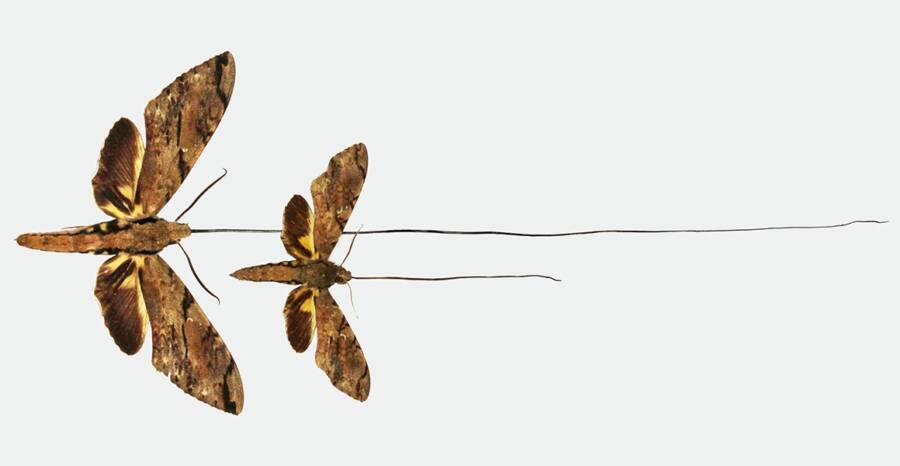 While studying the long-necked Madagascar star orchid in 1862, Charles Darwin suddenly had an exciting thought. Some insects, he mused, must have a tongue long enough to feed on the plant. “Good heavens,” he exclaimed to a friend, “what insect can suck it!”

Though such a moth — called Wallace’s sphinx moth or Xanthopan morgani praedicta — was subsequently identified in 1903, it was categorized as a subspecies of the Morgan’s sphinx moth, a hawkmoth found in Africa. Now, researchers say that the two moths are different species.

Of all their differences, their tongue lengths are the most striking. While Morgan’s sphinx moth has a tongue length of about three inches, Wallace’s sphinx moth’s tongue stretches nearly one foot. Now dubbed xanthopan praedicta, the moth has the longest tongue of any known insect.

“Imagine my excitement as I unrolled and measured the proboscis [tongue] of a male Xanthopan in the Madagascan rainforest, realizing that it was probably the global record holder,” exclaimed Dr. David Lees, a moth curator at the National History Museum in London and one of the authors on a recent paper about the moth.

He added, “The taxonomic change we now propose finally gives long-deserved recognition, at the species level, to one of the most celebrated of all Malagasy endemics.”

In other words, Darwin was right. 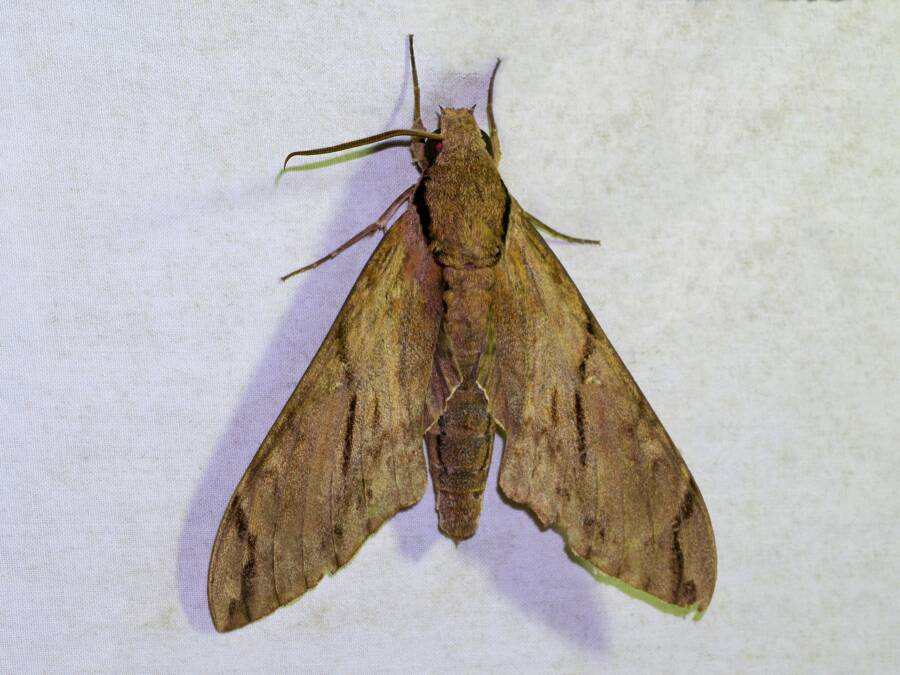 Wikimedia CommonsXanthopan praedicta from above.

Alongside Joël Minet, an entomologist at the Institut de Systématique, Évolution, Biodiversité in Paris, Lees examined the differences between Morgan’s sphinx moth and Wallace’s sphinx moth. The latter was named for British naturalist Alfred Wallace Russel, who, like Darwin, speculated that a moth had evolved to feed on Madagascar star orchids.

“That such a moth exists in Madagascar may be safely predicted, and naturalists who visit that island should search for it with as much confidence as astronomers searched for the planet Neptune,” Russel declared, “and they will be equally successful.”

Though the subsequently named Xanthopan morgani praedicta (or predicted moth) was thought to be a subspecies of Morgan’s sphinx moth, Lees and Minet determined that they’re actually different species. For starters, the two moths have a 7.6 percent genetic difference.

“This is much more than what you would expect between different species,” Lees explained.

Lees and Minet identified 25 physical differences as well, including the moths’ tongues. To determine their length, researchers dipped moth specimens from around the world in water overnight. Then, they carefully unrolled (and measured) the tongues. On average, the tongue of Wallace’s sphinx moth was 6.6 centimeters longer than Morgan’s sphinx moth.

Because the tongues were too long to be displayed, researchers subsequently rolled them back into the moths’ heads. 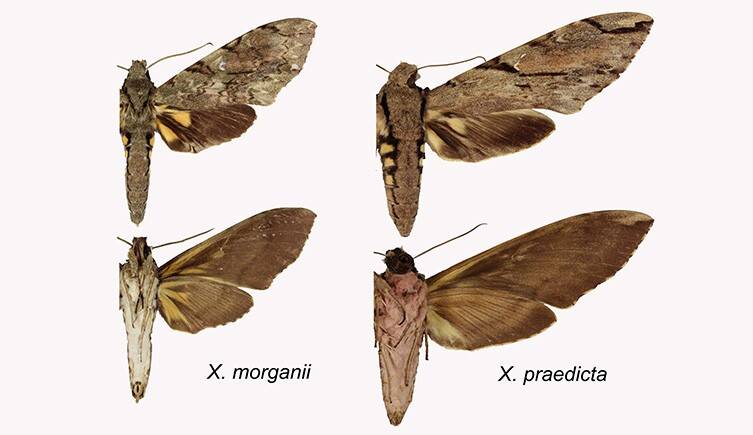 Minet et al. 2021The Madagascar moth differs from the African moth in a number of significant ways.

Though there are hundreds of species of similar hawkmoths in the tropics, Wallace’s sphinx moth is found only in Madagascar. There, it has evolved to have a close relationship with the Madagascar star orchid.

The moth’s long tongue can be hazardous, however. It cannot fly with its tongue extended — the moth only extends its tongue once it lands on an orchid — and the moth is vulnerable to predators like bats.

Still, Wallace’s sphinx moth seems to have flourished in Madagascar, where researchers found that moths across the island have the same DNA.

“The fact that I found one of these moths in a remote forest in the southwest of Madagascar suggests it can fly hundreds of kilometers,” Lees explained.

In that way, Wallace’s sphinx moth embodies many of Darwin’s theories of evolution. After evolving to feed on the Madagascar star orchid, its long tongue allowed it to survive — and thrive — in the jungle.

After reading about the moth with the world’s longest tongue, awe over eight of the world’s most beautiful moths. Or, learn how Charles Darwin sometimes ate what he discovered.