This is the first-known temple discovered to honor the grisly deity Xipe Totec, which translates to "our Lord of the flayed." 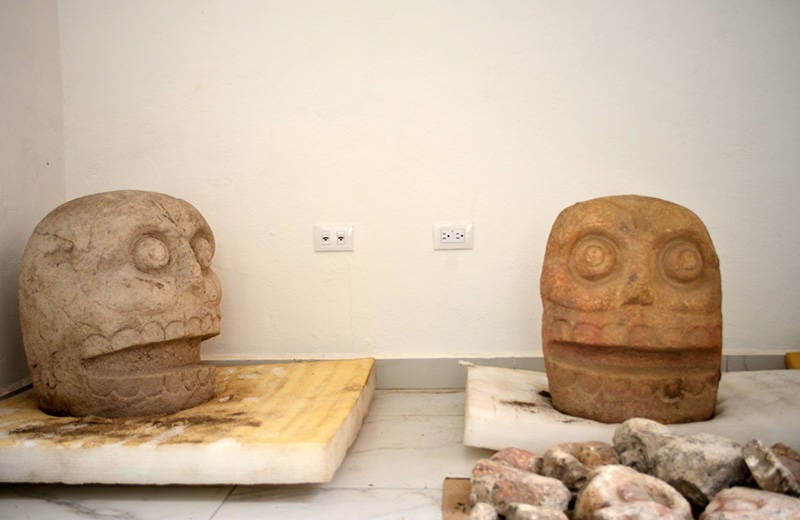 Much like the ancient Greek goddess Persephone, the Popolocan deity Xipe Totec was honored as the totem of the spring harvest in modern-day Mexico during the era before the Aztecs. But the offerings to this deity proved far more gruesome than one might think: Xipe Totec desired the skin of a human sacrifice.

Mexico’s National Institute of Anthropology and History reported the discovery during a recent excavation of the Popoloca ruins in the central state of Puebla. The temple excavation site is 12m long and 3.5m high and is a part of a compound of previously unexplored mounds from the time before the Aztecs conquered the Popoloca.

At the excavation site, two sacrificial altars and three stone sculptures dedicated to the god Xipe Totec were found. The sculptures featured two skull-like skinned heads in volcanic rock and a torso engraved with symbols for sacrificial skins. 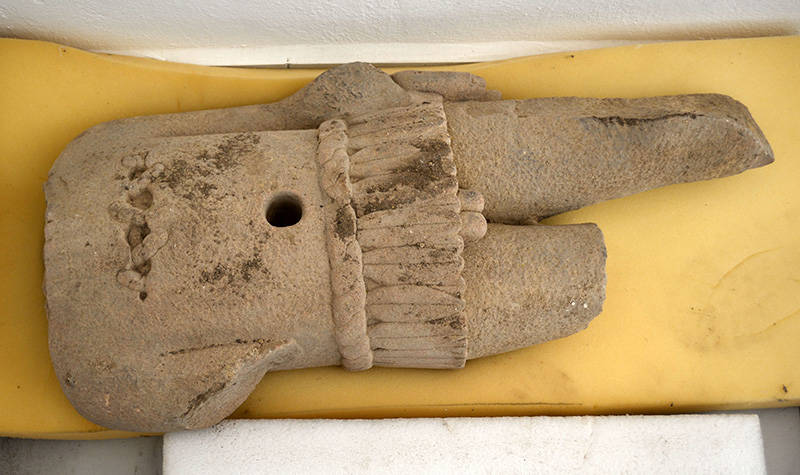 Mexican Institute of Anthropology and HistoryTorso with a “second hand” attached to the intact arm.

The torso was recovered from a grotto filled with red pigment where it is believed to have been ritually “killed” or broken into pieces. The torso featured an extra hand dangling off one arm which to experts suggested that the sculpture represents the god Xipe Totec, which translates to “our Lord of the flayed,” wearing the skin of a sacrificial victim.

Experts at Mexico’s National Institute of Anthropology and History said in a statement that the ancient priests ritually sacrificed their victims in a ceremony called Tlacaxipehualiztli, which in the indigenous Nahuatl language means “to wear the skin of the flayed one.” 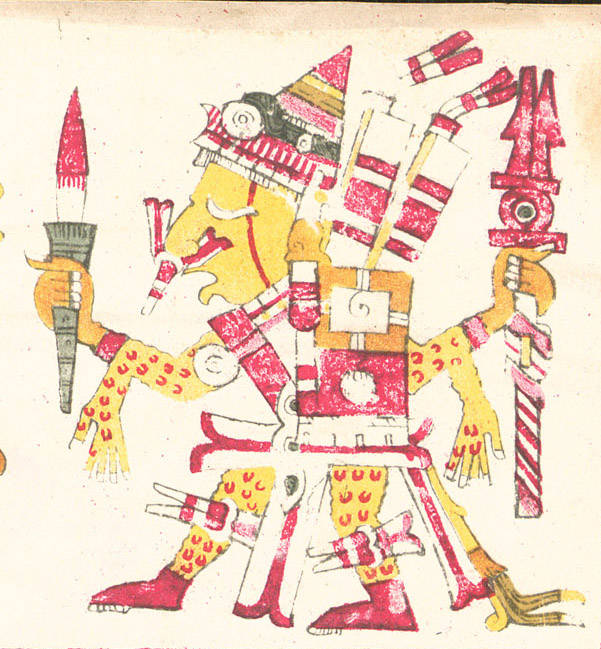 On one of the two circular altars, the sacrifice was killed in a gladiator-style battle and was then flayed on the other altar. The priests then wore the flayed skin and deposited it into two holes which were found filled in with earth in front of the altars.

Archaeologist Noemí Castillo Tejero reported that the temple and sculptures match ancient historical descriptions of sacrificial sites dedicated to the gruesome god from the Aztecs themselves. 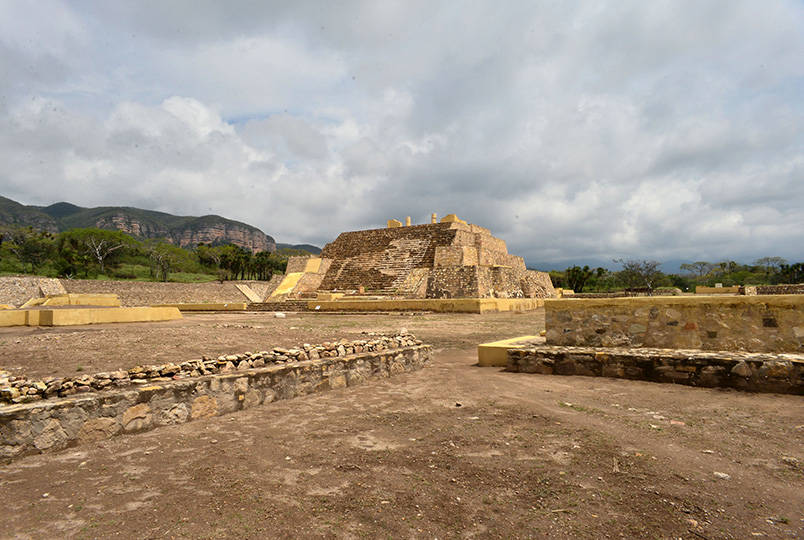 But these ancient depictions mentioned only the god and not the temple, which has some experts skeptical.

“If the Aztec sources could be relied upon, a singular temple to this deity does not necessarily indicate that this was the place of sacrifice,” University of Florida archaeologist Susan Gillespie reported. “The Aztec practice was to perform the sacrificial death in one or more places, but to ritually store the skins in another after they had been worn by living humans for some days. So it could be that this is the temple where they were kept, making it all the more sacred.”

The ritual lasted for 40 days each spring, when a Popoloca Indian would dress up as Xipe Totec in bright colors and jewelry and along with war captives, would be ritually sacrificed to the god in exchange for a fruitful harvest. Once killed, their skins would be flayed and worn by priests in the hopes of ensuring fertility in the community and the rebloom of their crops.

After this look at the Lord of the Flay, Xipe Totec, check out what actually killed the Aztecs. Then read up on the gruesome blood eagle sacrifice of the Vikings.