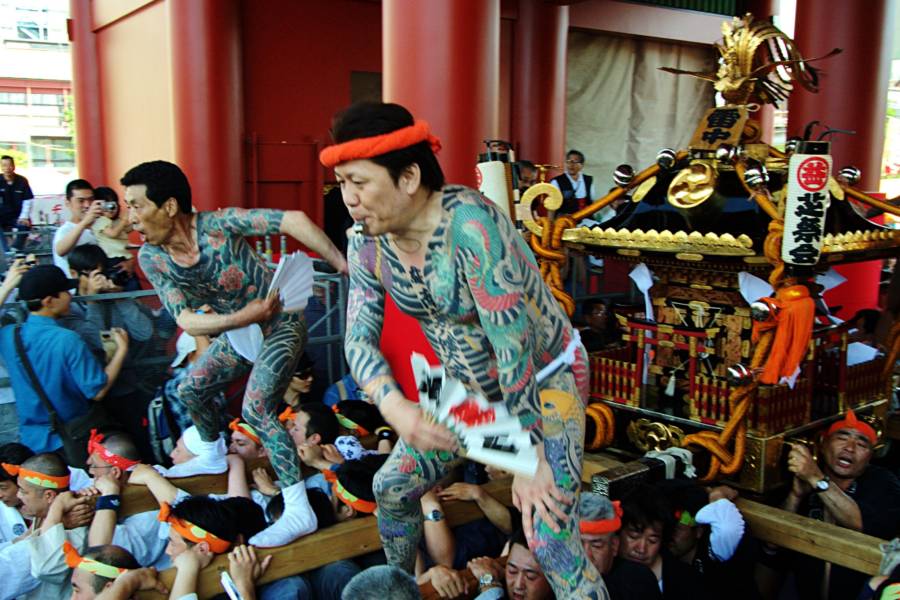 Colin and Sarah Northway/FlickrYakuza during the Sanja Matsuri festival, the only time of the year that they are allowed to show their tattoos.

The Yakuza — a term that refers to both the various gangs and the members of those gangs — help out in times of crisis because of something called the “Ninkyo Code.” It’s a principle every Yakuza claims to live by, one that forbids them to allow anyone else to suffer.

At least, that’s what Manabu Miyazaki, an author who has written more than 100 books about the Yakuza and minority groups, believes. The charitable arm of organized crime, he believes, is rooted in their history. As he puts it:

“Yakuza are dropouts from society. They’ve suffered, and they’re just trying to help other people who are in trouble.”

The secret to understanding the Yakuza, Miyazaki believes, lies in their past — one that stretches all the way back to the 17th century. 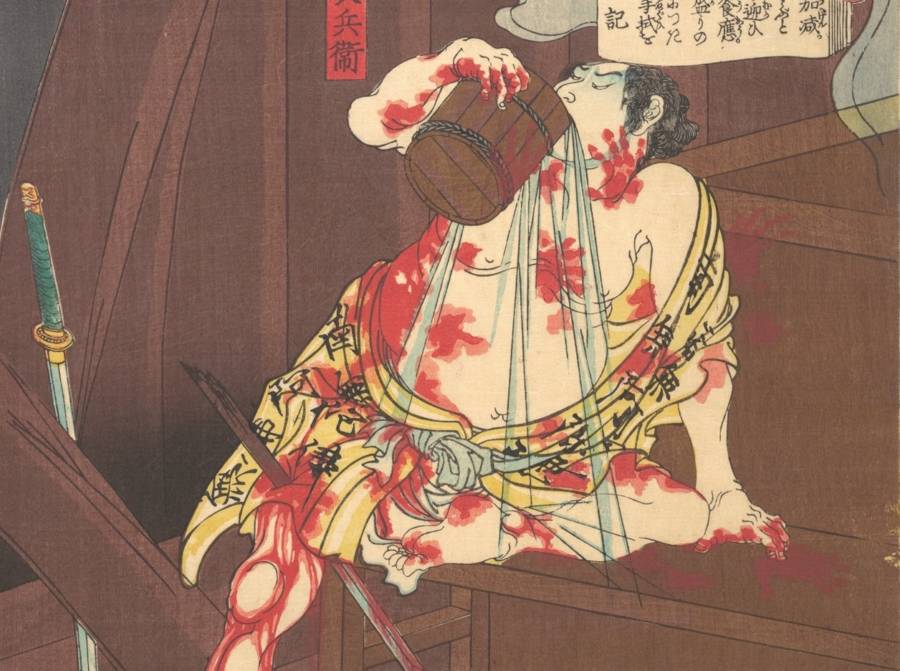 Yoshitoshi/Wikimedia CommonsAn early gangster cleans the blood off of his body.

The first Yakuza were members of a social caste called the Burakumin. They were the lowest wretches of humanity; a social group so far below the rest of society that they weren’t even allowed to touch other human beings.

The Burakumin were the executioners, the butchers, the undertakers, and the leather workers. They were those who worked with death – men who, in Buddhist and Shinto society, were considered unclean.

The forced isolation of the Burakumin had started in the 11th century, but it got far worse in the year 1603. That year, formal laws were written to cast the Burakumin out of society. Their children were denied an education, and many of them were sent out of the cities, forced to live in secluded towns of their own.

Today, things aren’t as different as we’d like to think. There are still lists passed around Japan that name every descendant of a Burakumin and are used to bar them from certain jobs.

And to this day, the names on those lists reportedly still make up more than half of the Yakuza.

The Burakumin Become The Yakuza 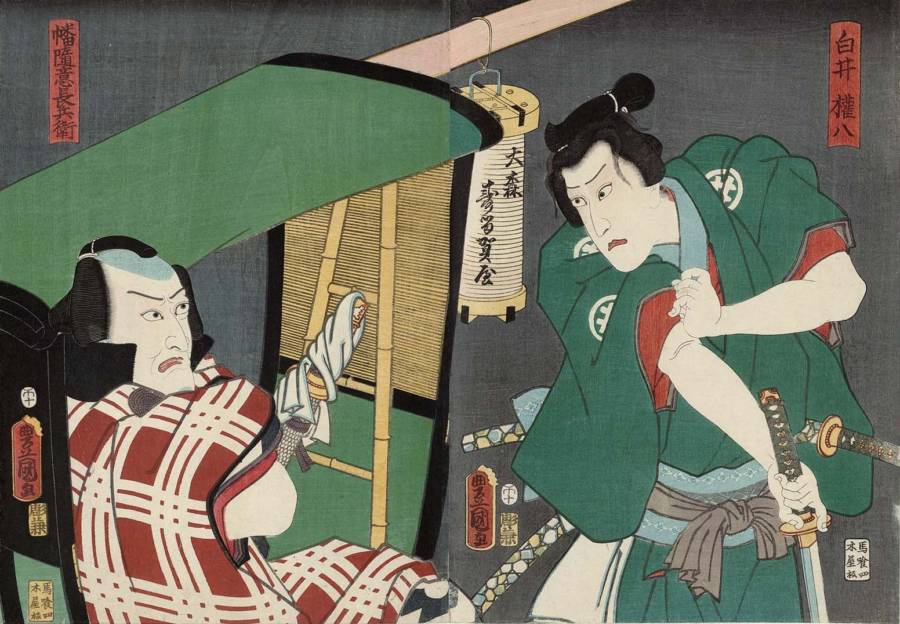 The sons of the Burakumin had to find a way to survive despite the few options available to them. They could carry on their parents’ trades, working with the dead and ostracizing themselves further and further from society — or they could turn to crime.

Thus, crime flourished after 1603. Stalls peddling stolen goods started cropping up around Japan, most run by sons of Burakumin, desperate to earn enough income to eat. Meanwhile, others set up illegal gambling houses in abandoned temples and shrines. 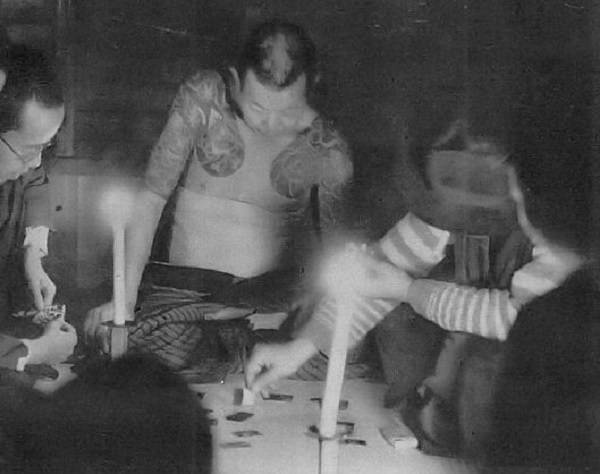 Wikimedia CommonsA member of the Yakuza inside of an illegal Toba casino. 1949.

Soon – nobody’s exactly sure when – the peddlers and gamblers started setting up their own organized gangs. The gangs would then guard other peddlers’ shops, keeping them safe in exchange for protection money. And in those groups, the first Yakuza were born.

It was more than just profitable. It won them respect. The leaders of those gangs were officially recognized by Japan’s rulers, given the honor of having surnames, and allowed to carry swords.

At this point in Japanese history, this was deeply significant. It meant that these men were being granted the same honors as nobility. Ironically, turning to crime had given the Burakumin their first taste of respect.

They weren’t going to let that go.