The Misunderstood Japanese Geisha: The Artists The West Mistook For Prostitutes

Inside the mysterious and misunderstood world of Japanese geisha, the respected artists, musicians, dancers, and poets who the West mistook for prostitutes after the American occupation of Japan following World War II. 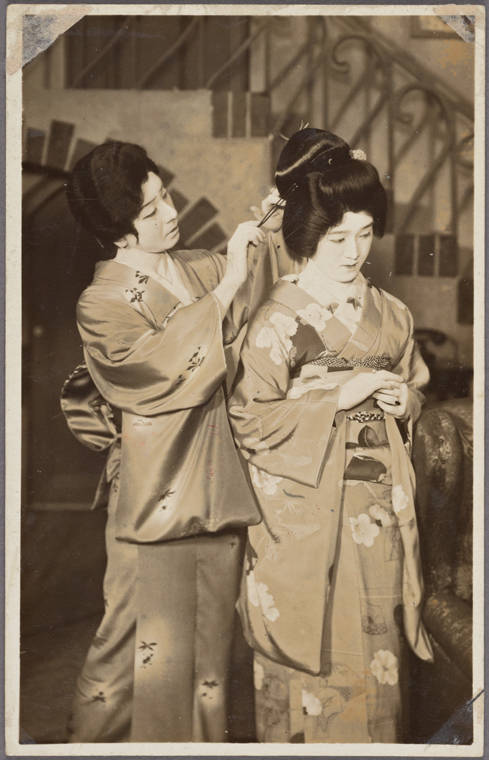 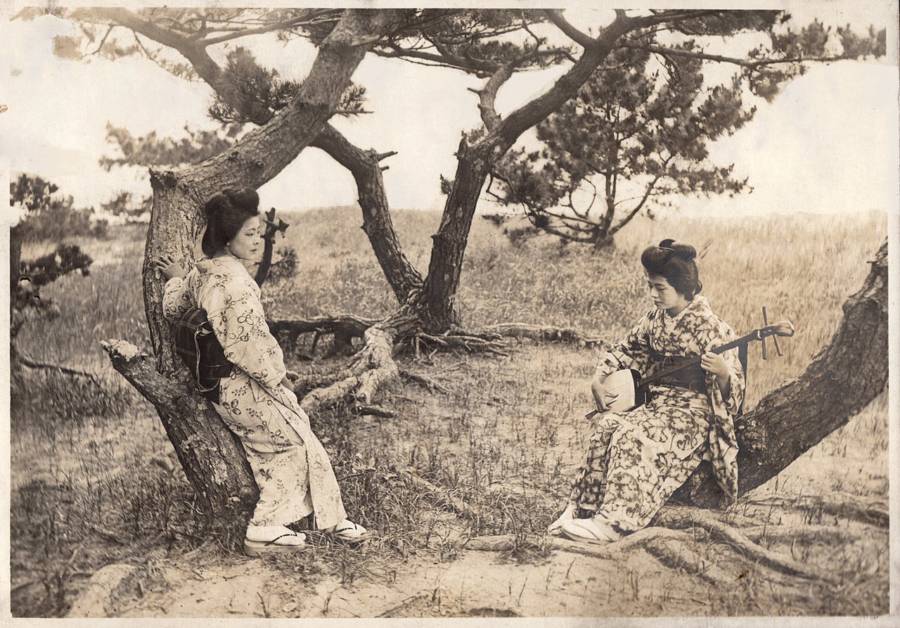 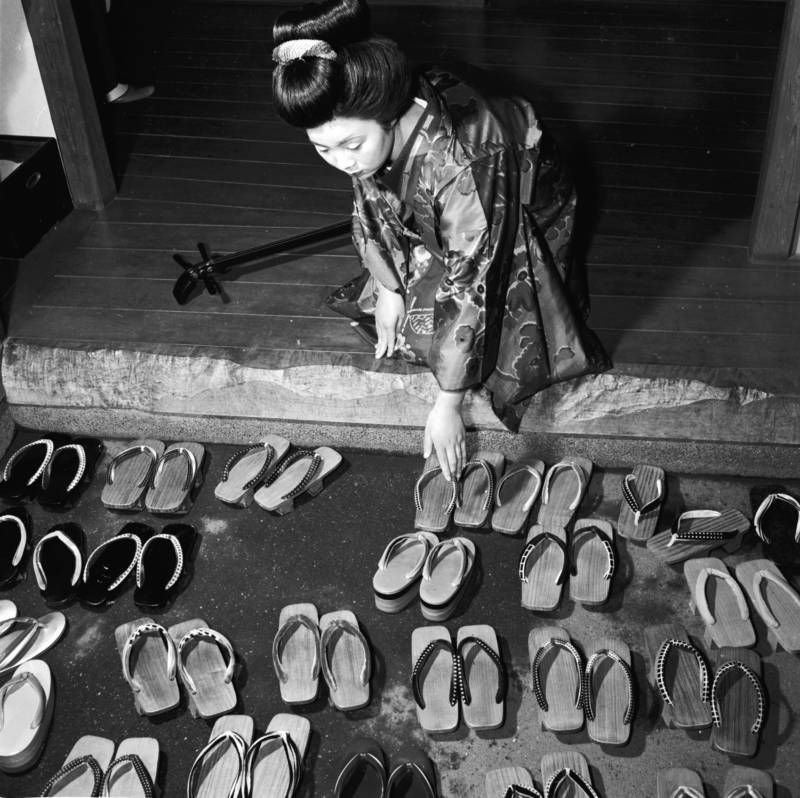 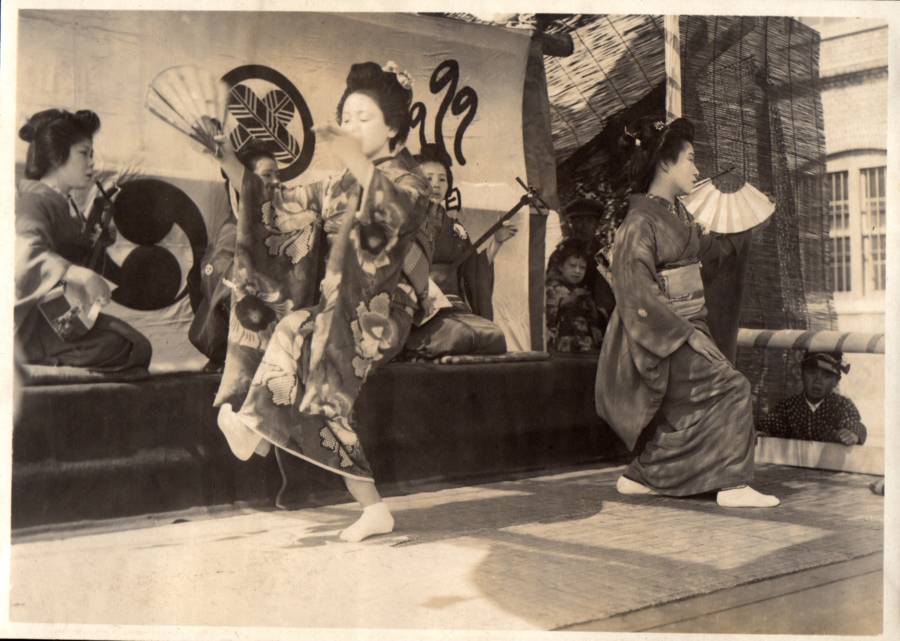 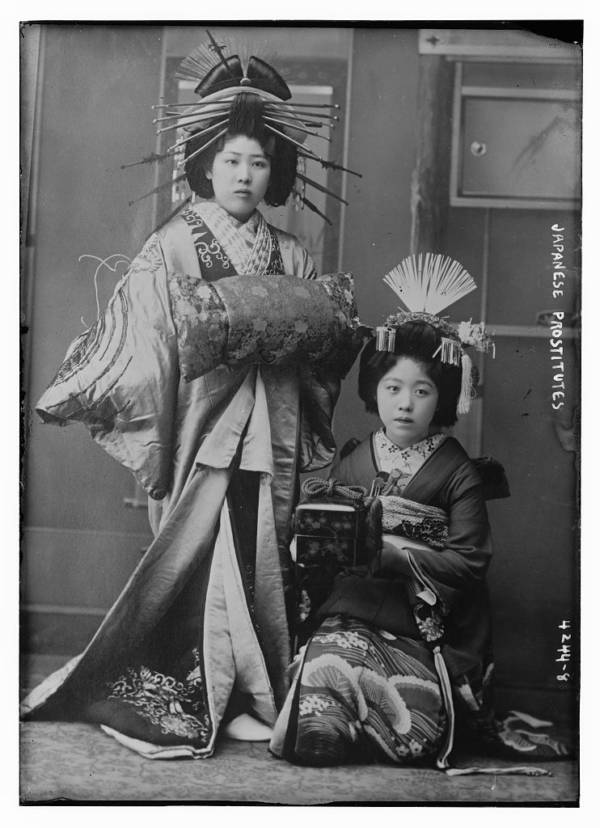 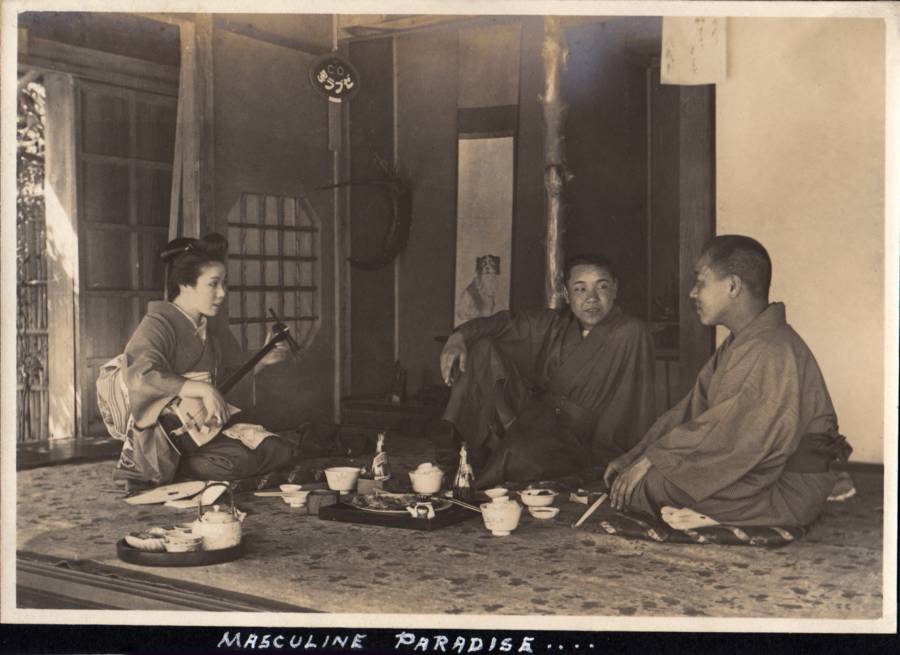 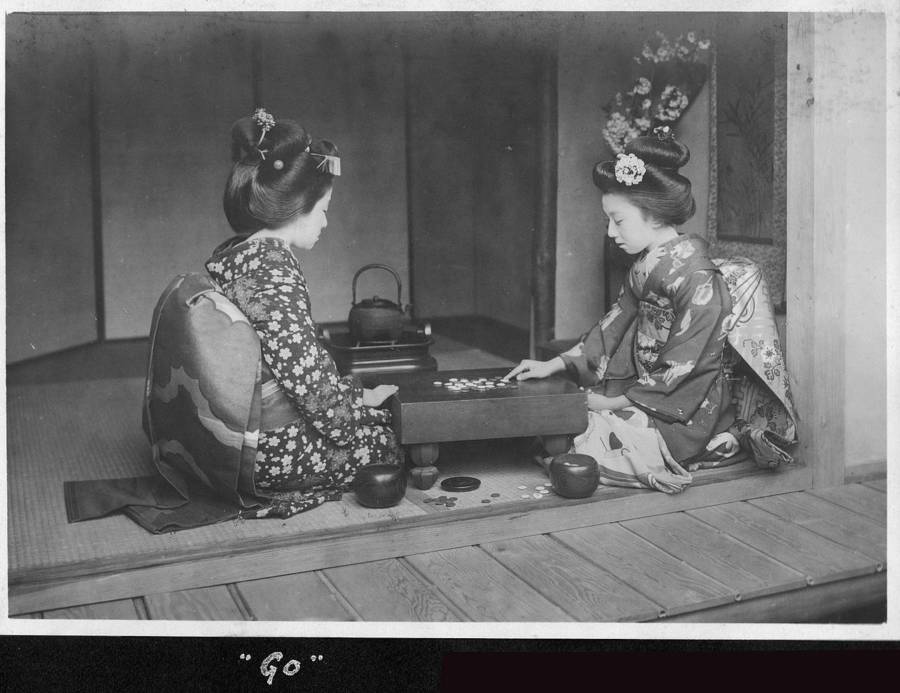 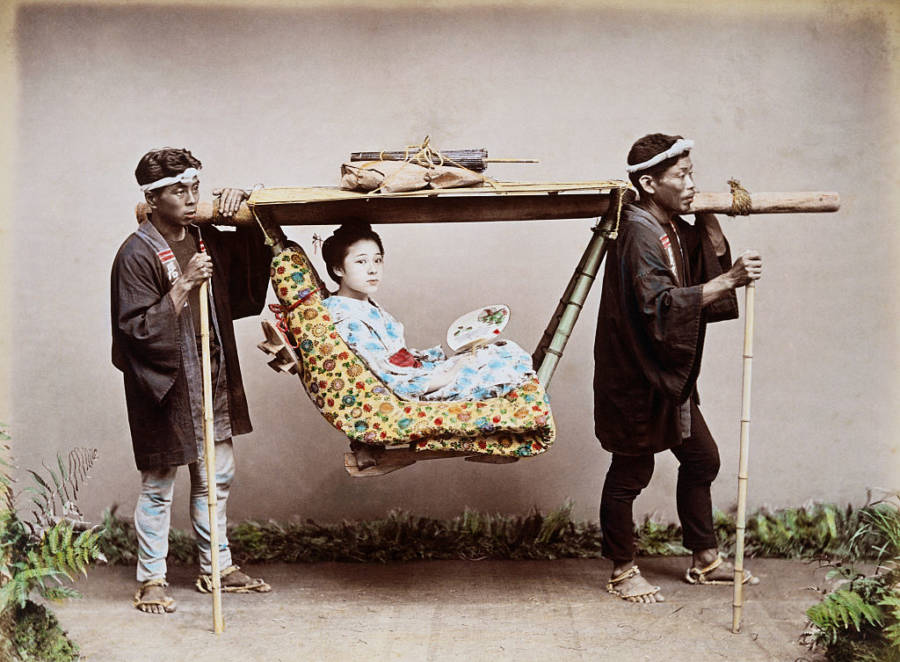 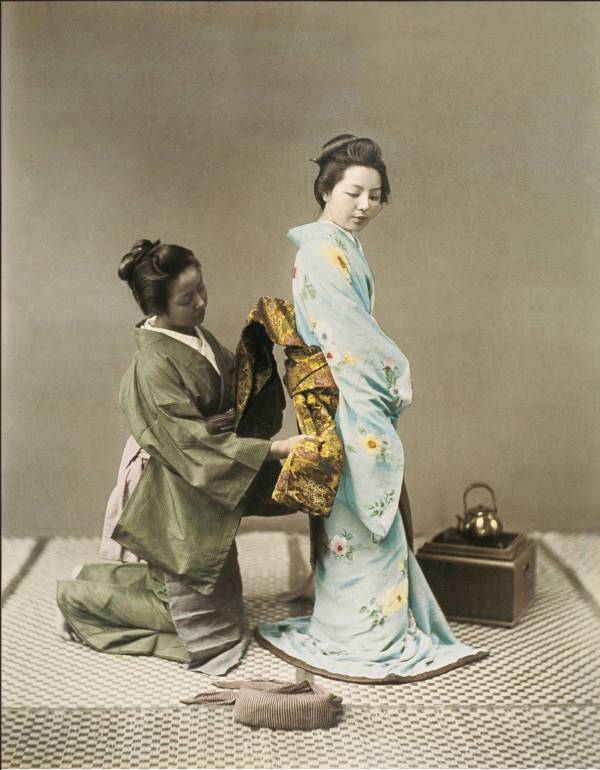 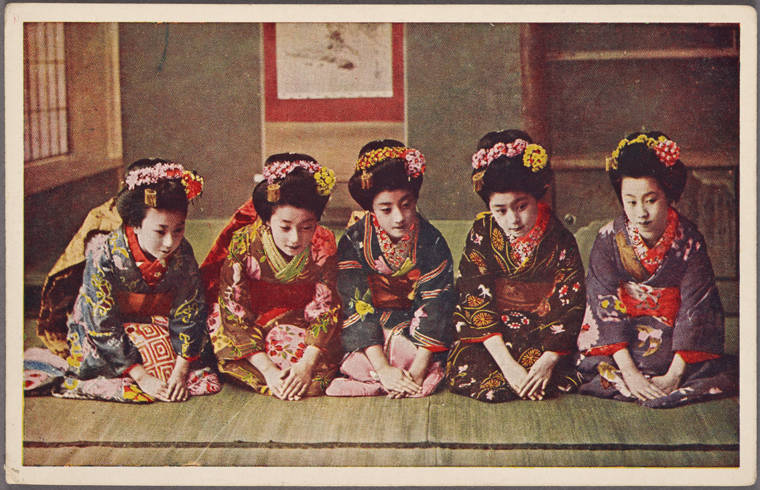 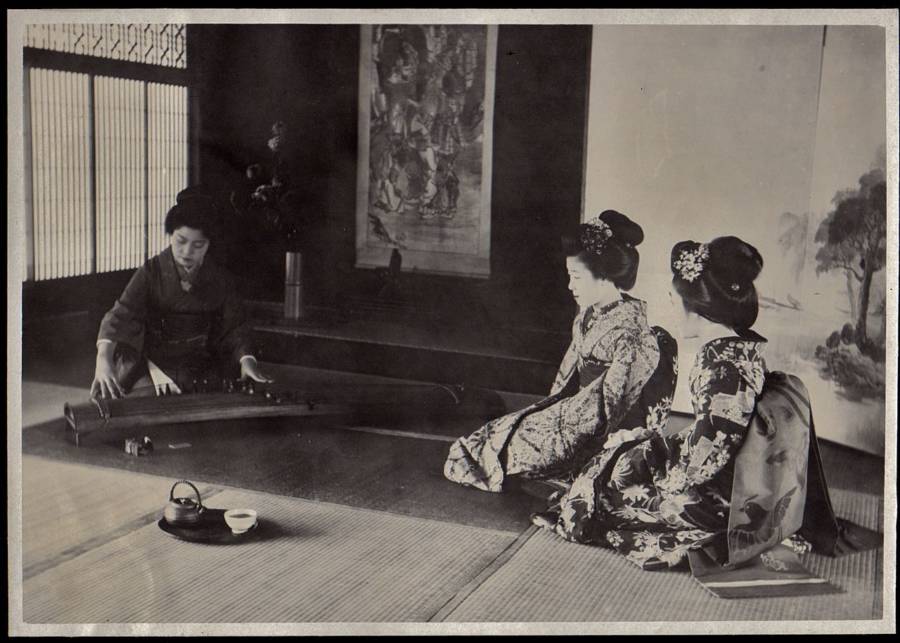 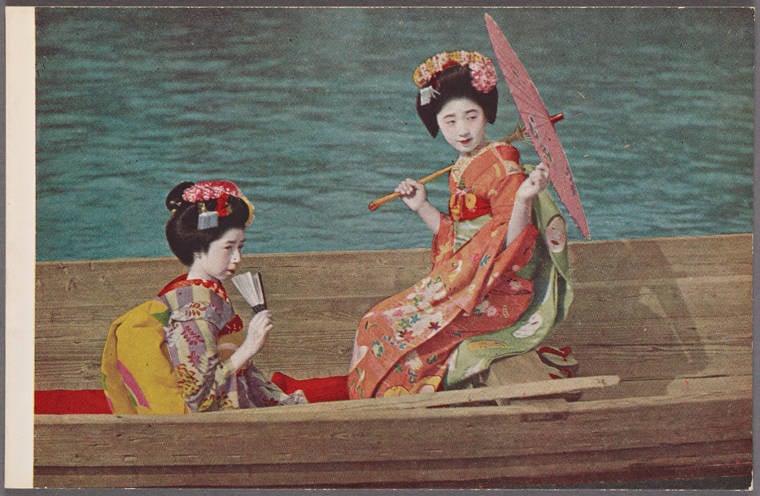 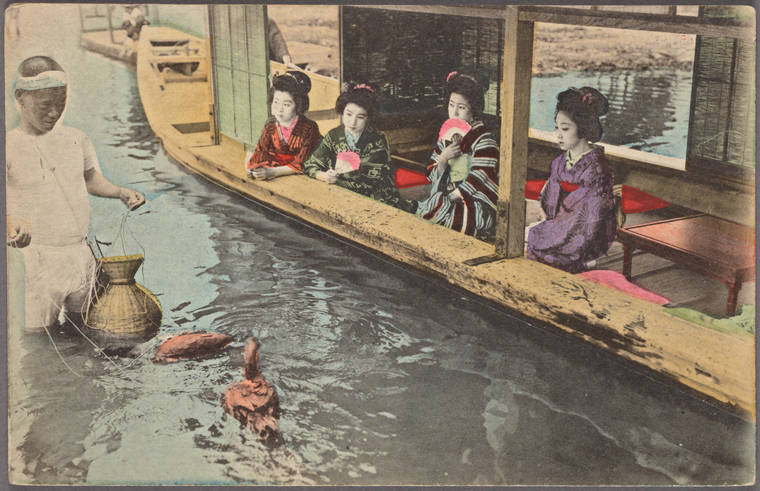 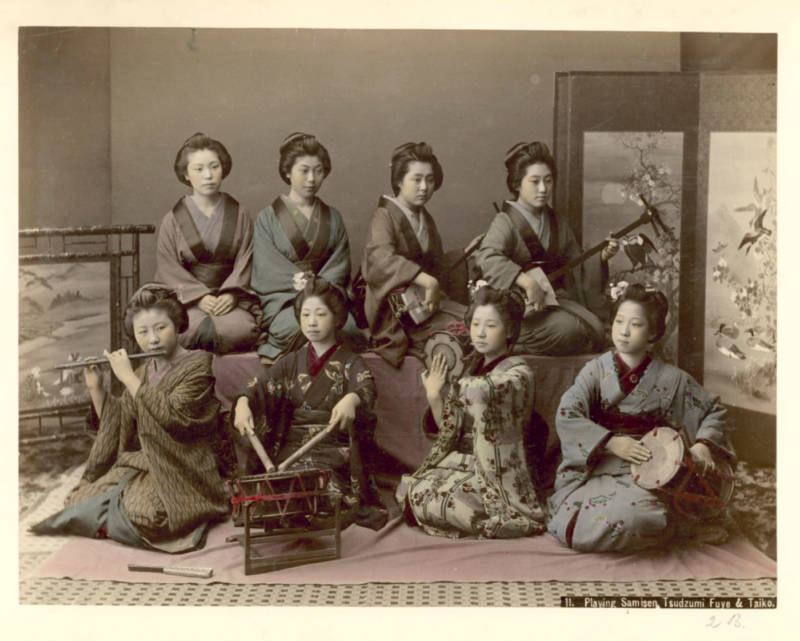 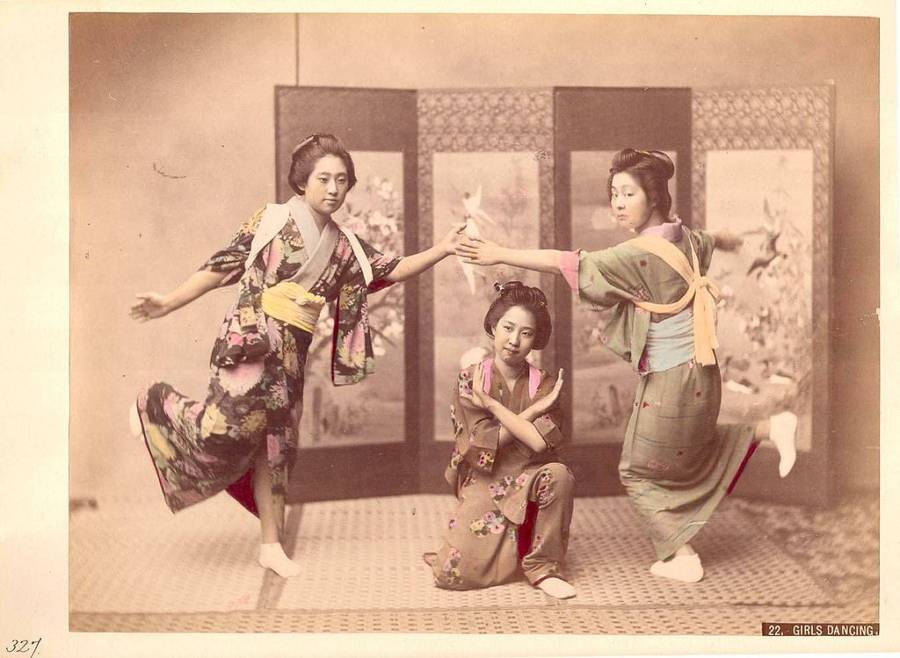 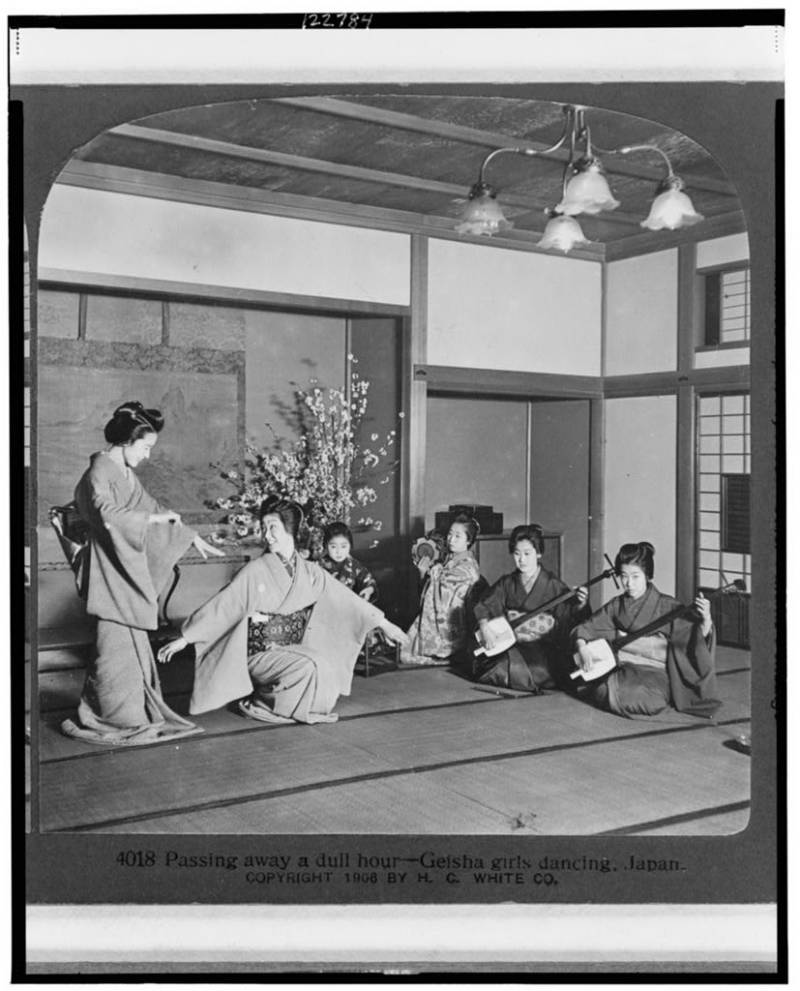 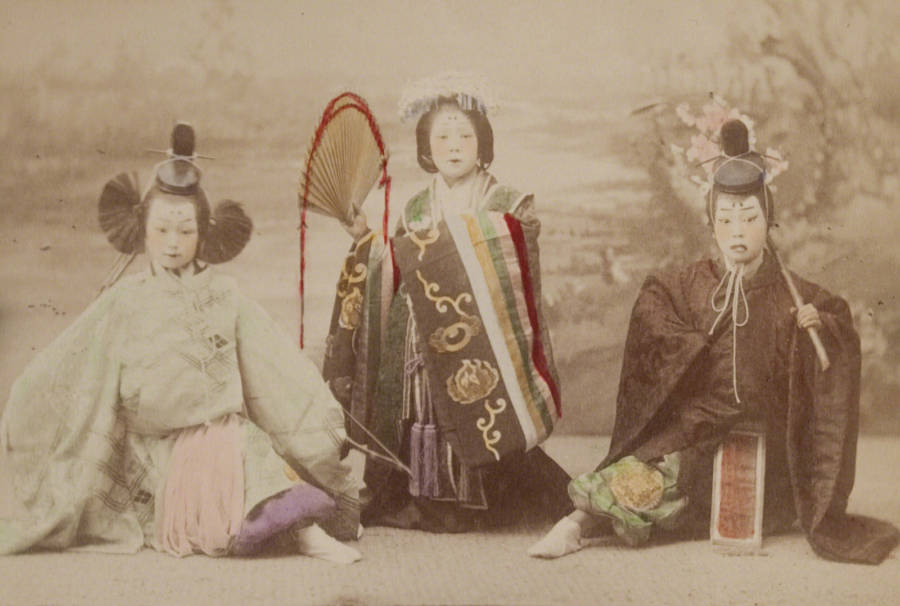 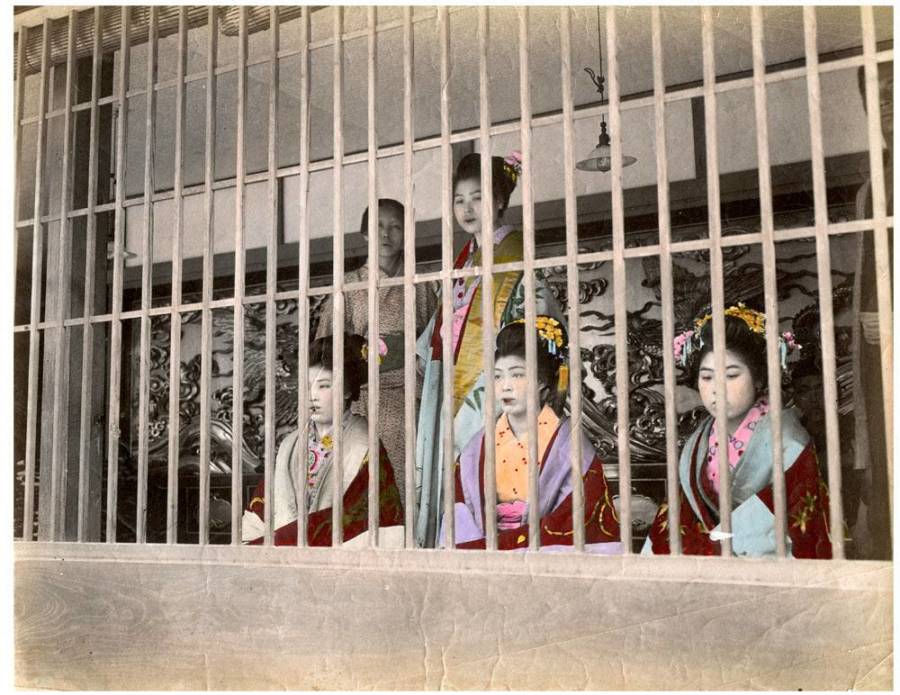 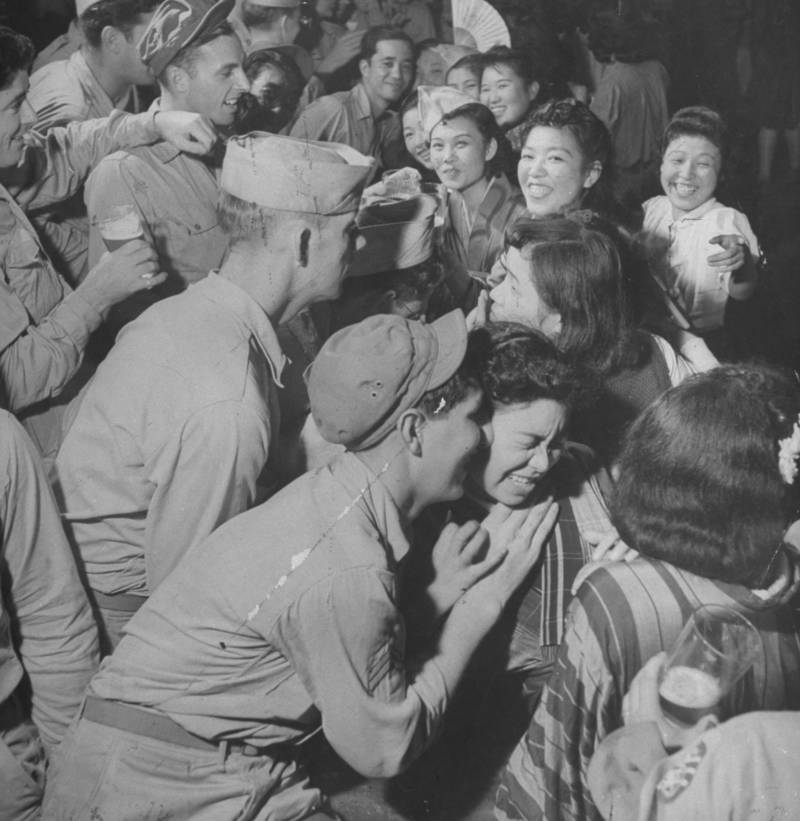 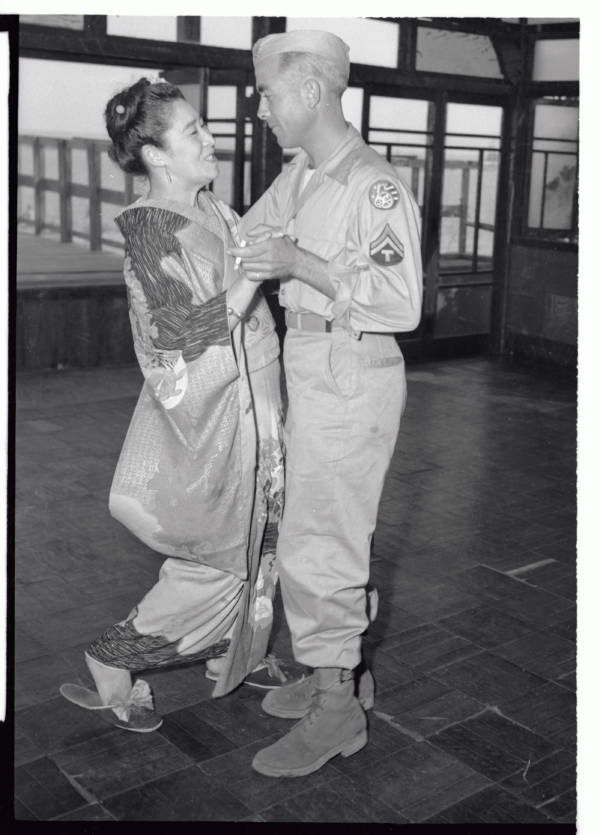 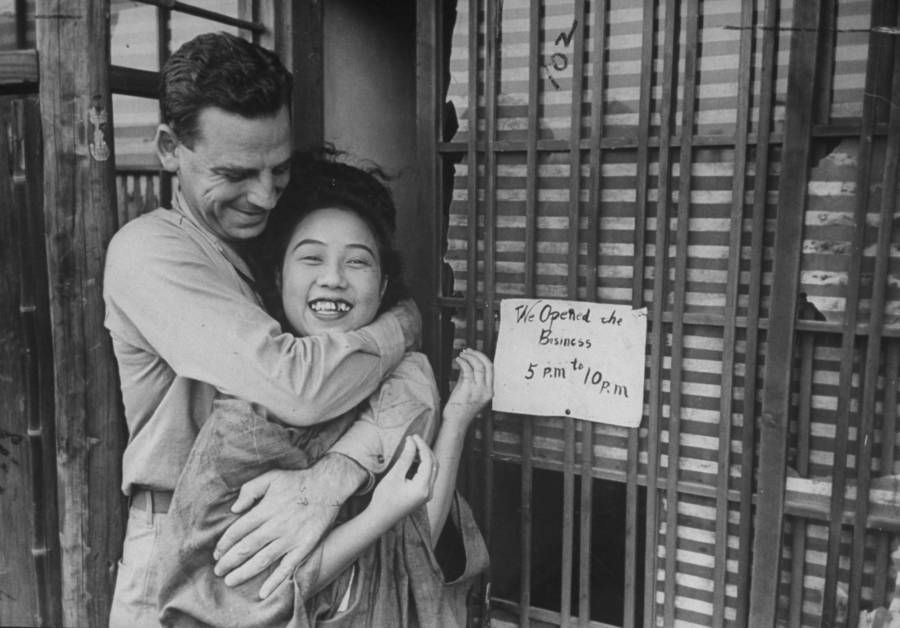 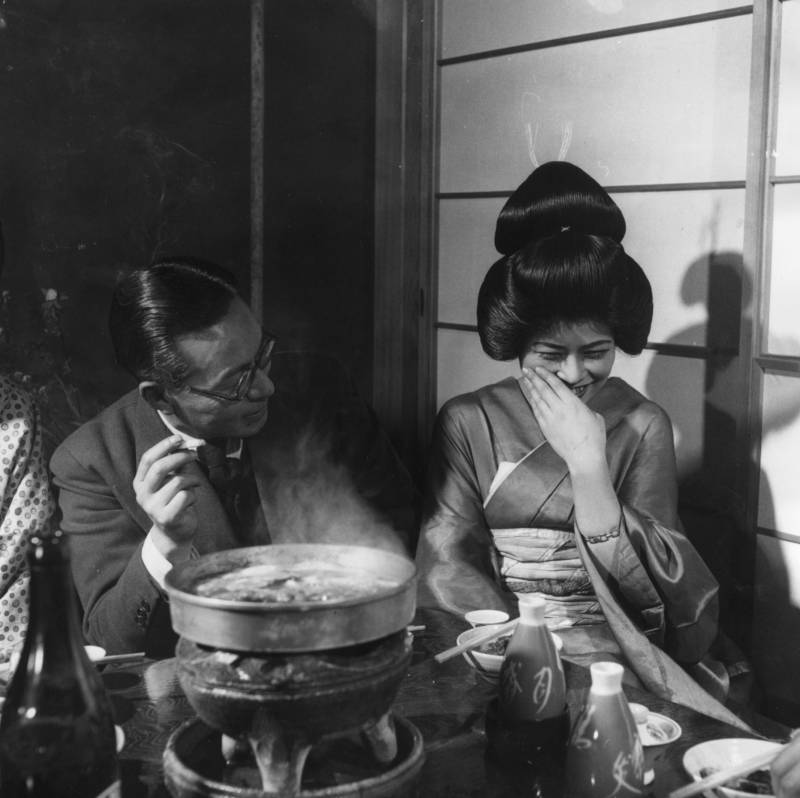 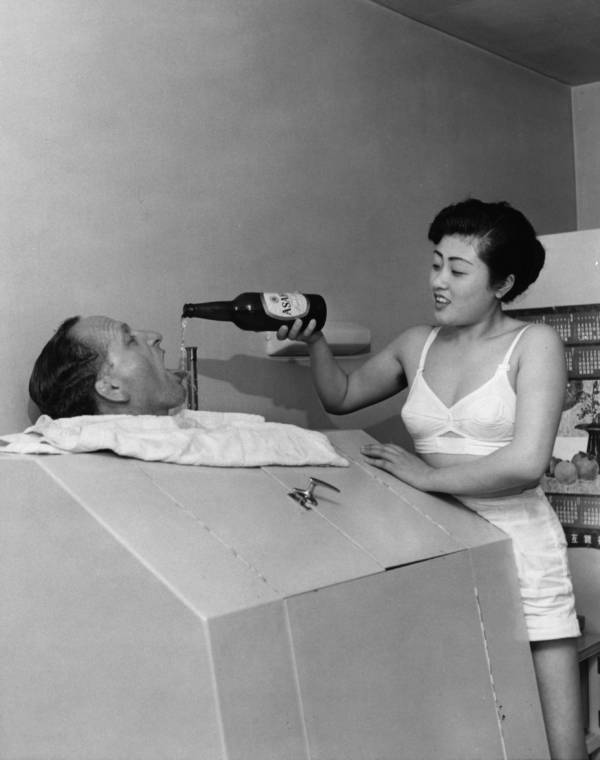 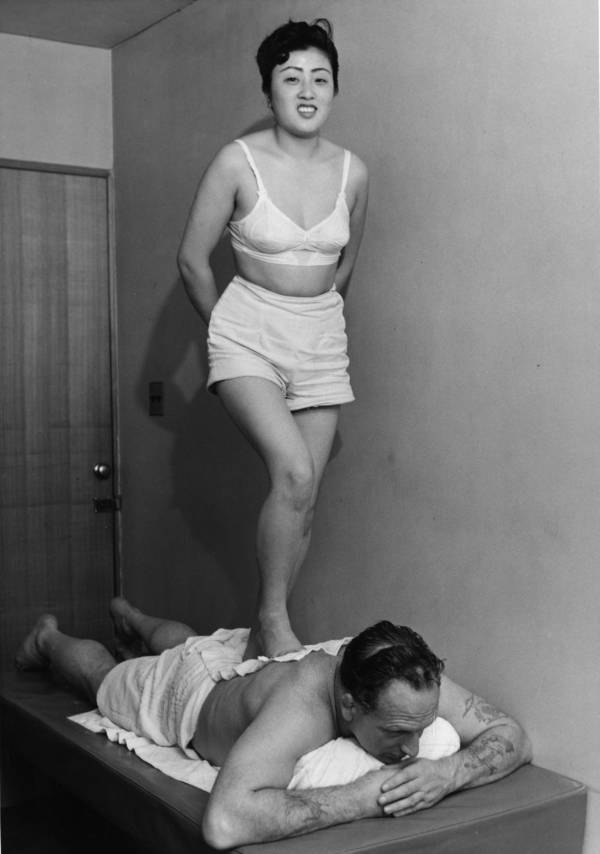 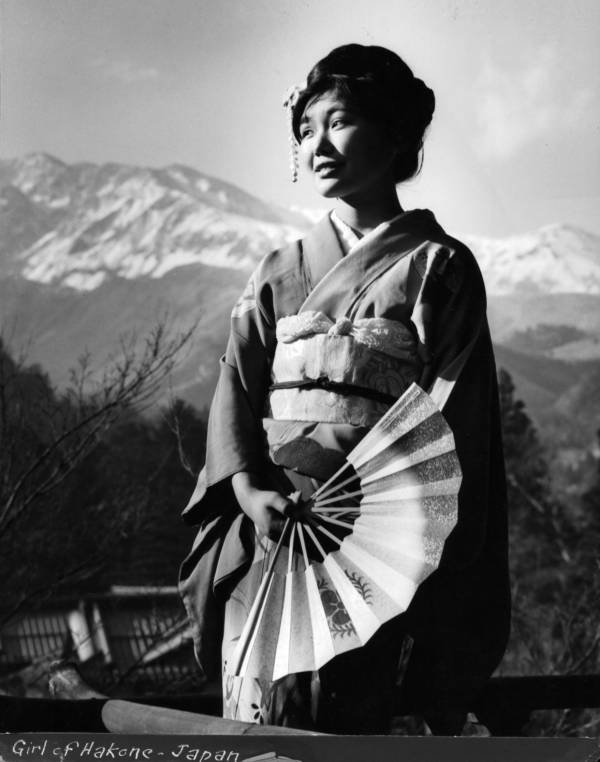 The Misunderstood Japanese Geisha: The Artists The West Mistook For Prostitutes
View Gallery

In 1945, the cry filled the night air of American-occupied Japan. It spewed out of the mouths of drunken American G.I.'s, tainted with the hot sake on their breath and their clumsy attempts to slur out the Japanese words.

What these men knew as a geisha was nothing more than a prostitute. Since the Americans had landed in Japan, the women who had been selling their bodies to servicemen had been calling themselves "geisha girls" (mispronounced by Americans as "geesha girls").

Of course, the American servicemen had no idea what an actual geisha really was. They didn’t know that sex workers in white face-paint had nothing to do with the centuries-old Japanese tradition of proud female artists and entertainers who were the true geisha.

And both the prostitutes and their customers had no idea that, by exploiting this tradition, they were also destroying it.

But the true history of the geisha in Japan is far richer and more complex than those who exploited it ever realized.

The Origin Of The Geisha

“Fiction has served to propagate the notion … that [geisha] spend the night with their customers,” former geisha Iwasaki Mineko once complained. “Once an idea like this is planted in the general culture it takes on a life of its own.”

Despite how most people now see the term, geisha doesn’t mean "prostitute," it means "artist." When the first modern geisha appeared in the large cities of Japan in the 17th century, they didn’t sell their bodies for sex. They were entertainers — and they were men.

These men were dancers, singers, and musicians. They were entertainers but they weren’t totally separate from sex workers. They would set up shop inside brothels and entertain customers who were waiting for their turn with the most expensive courtesans (oiran).

At around the dawn of the 19th century, women began to take over the role and these female geisha largely didn’t sleep with their customers. Their job was to entertain the men waiting for the oiran. If they slept with their customers, they would be taking business away from their employers. Thus these women didn’t just choose to not sell their bodies – they were strictly forbidden from doing so.

To be fair, some geisha (as well as some women simply calling themselves by this name whether it was actually true or not) did sell their bodies anyway and the lines between artist and prostitute were blurry at times. Nevertheless, the role of the geisha as it was originally conceived and widely practiced had mostly to do with artistry and entertainment as opposed to sex.

The Life Of An Artist

A geisha’s training could begin when she was as young as six. She would then spend five years or more training at great expense to a training house (okiya) that would take care of her room, board, and supplies. To pay off the resulting debt, the young geisha could very well have to work at that house for the better part of her life.

These trainees were called maiko and they would spend years learning how to play musical instruments like the koto or shamisen. They would learn intricate dances in which the slightest movement was imbued with a great depth of symbolism. And above all, they would learn to brighten a room.

As one teacher told her maiko, “A geisha is like the sun. When she walks into a room, it becomes brighter.”

Furthermore, these women were to represent the peak of femininity. They would learn to walk with the utmost elegance while draped in a kimono, balanced on platform footwear, and sporting other unique flourishes including blackened teeth (known as Ohaguro). They would learn how to enchant men by conjuring up an air of mystery and fascination. And they would learn to write beautiful, melancholy poems and songs.

All in all, their training took years – and it would never truly end. Even when a woman was fully-trained and approaching old age, she was still expected to spend hours practicing music and the arts each day.

However, the geisha’s world of artistry didn’t stay separate from prostitution forever. Courtesans eventually started copying some of what the geisha were doing in terms of dress, manner, ability to entertain, and the like.

This is because, for many of the men visiting houses of prostitution, the geisha were as big a part of the appeal as the sex workers themselves. The geisha were artists, yes, but they also had the ability to let men’s imaginations run wild with the temptation of a woman they knew they couldn’t have.

Some prostitutes thus started dressing themselves up as geisha while playing music and singing to their customers in hopes of offering the men a cheaper version of what they could enjoy inside of the big cities’ expensive pleasure palaces where the true geisha worked.

To the original geisha, these prostitutes who had co-opted their ways were an offense. “We were there to entertain, and we never sold ourselves, our bodies, for money,” Iwasaki Mineko complained. “That was not the purpose of what we did; that was what the other women did.”

The American Occupation Of Japan

But when American soldiers moved in to occupy Japan following the latter's defeat in World War II, the meaning of the word geisha changed forever. The prostitutes who had been imitating geisha targeted the soldiers, dressed up in elaborate costumes, and offered little more than their bodies.

For lonely soldiers 5,000 miles from home, the allure of a warm body to a share a bed with was surely hard to resist. The American G.I.'s visited these "geesha girls" in droves. More than 80 percent of the occupying force in Japan took a mistress of some kind — and many of them very likely charged by the hour.

Hundreds of thousands of Japanese women were making money by sleeping with the occupying American men, many of them playing up the "geesha girl" image as a way to lure the men in. Soon, for much of the Western world, the word geisha was indistinguishable from the word prostitute.

An Icon Of A Dying Past

“The world of the geisha,” according to Iwasaki Mineko, “is a very separate society that is shrouded in mystery. The myths that have been created by outsiders about the environment and the lifestyle of the geisha world have pretty much been able to grow unchecked.”

The geisha always prided themselves on keeping the mystery alive. They did not by and large protest while the perception of their profession went from artist and entertainer to prostitute. A bold declaration of protest would have been to undignified to them. And so most watched as their world slowly disappeared.

There are still geisha today – but only a handful remain. The estimated total in Japan decreased from about 80,000 to just a few thousand over the course of the 20th century.

But for the few who do remain, their profession has returned to its relative prewar purity and has little or nothing to do with prostitution. Modern geisha tea houses are places of entertainment, companionship, and the delights of the arts. But the last few are dying out.

“Traditional arts and culture cost a lot of money to maintain,” one geisha, struggling to keep her business alive, said in 2017. Today, many of the businesses are barely profitable. But those that stay alive do so because of women who have a passion for the job.

“I get to wear a kimono, practice my dance,” one modern geisha explained when asked why she clung on to a dying tradition. And above all, she said, she gets to “live in this world of beauty.”

For more on the world of geisha today, see this video from National Geographic:

Next, read the horrifying tale of Sada Abe, who went from geisha to prostitute to murderer. Then, learn the story of World War II Japan's "comfort women" and the terrifying sexual slavery they endured.