Who Pays For Prostitutes? One Photographer Found Out By Paying Their Customers To Pose

Who pays for prostitutes? Renowned photographer Cristina de Middel turned her camera on sex workers' clients in an effort to uncover the often-ignored half of the controversial industry. 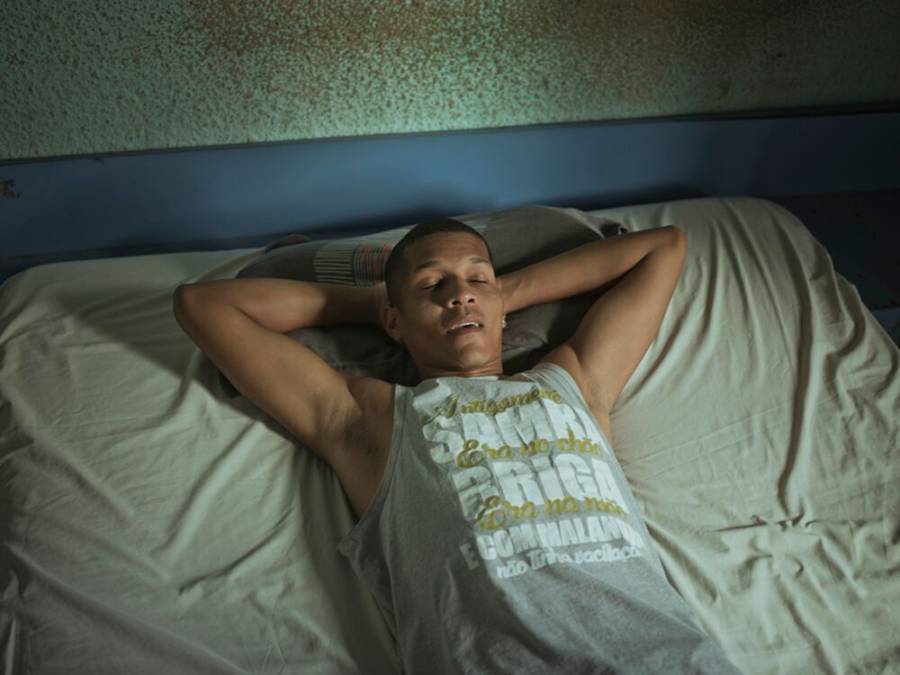 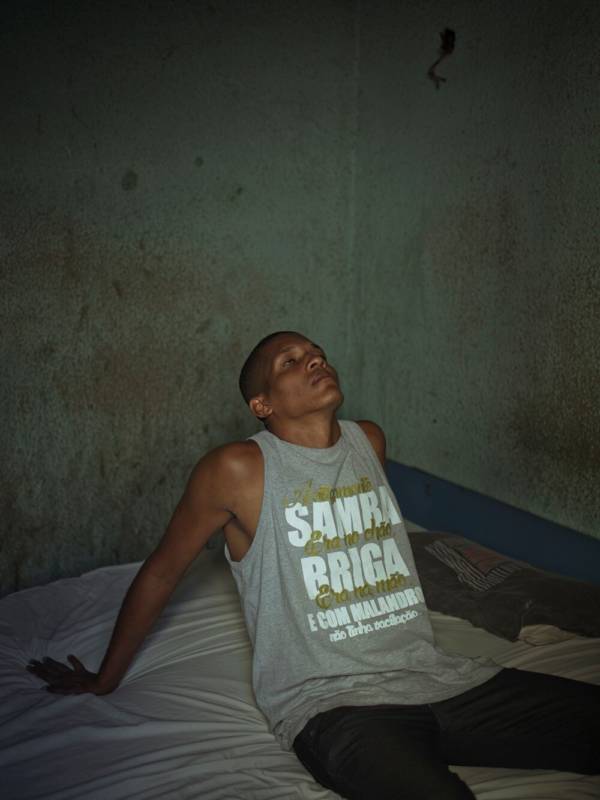 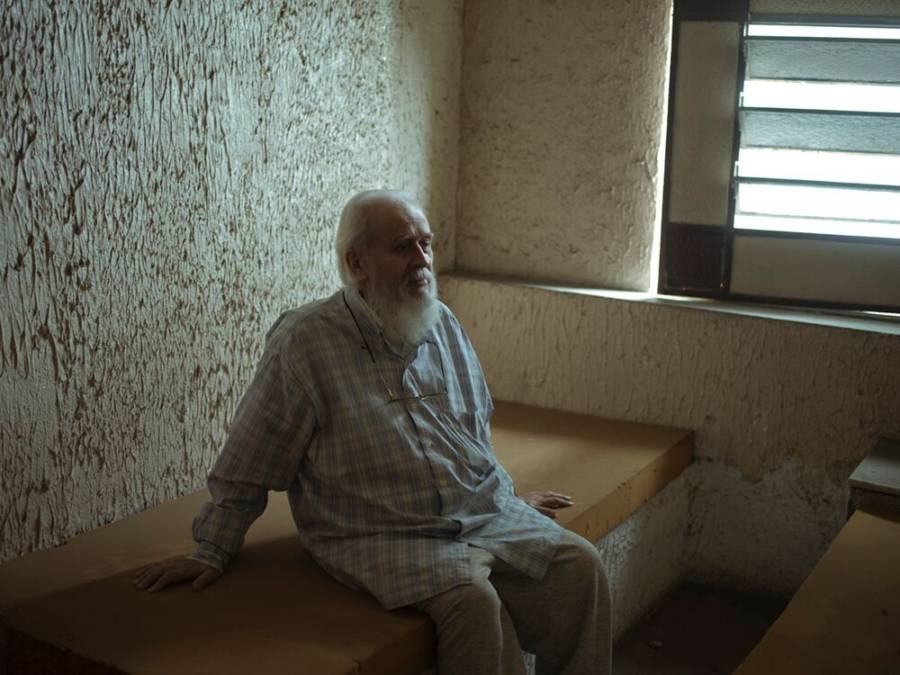 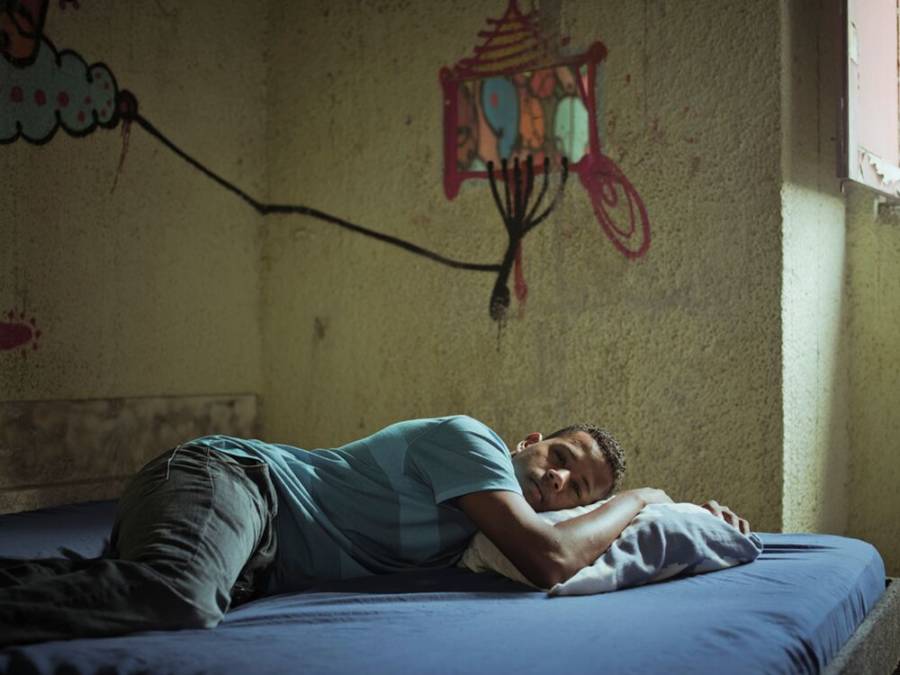 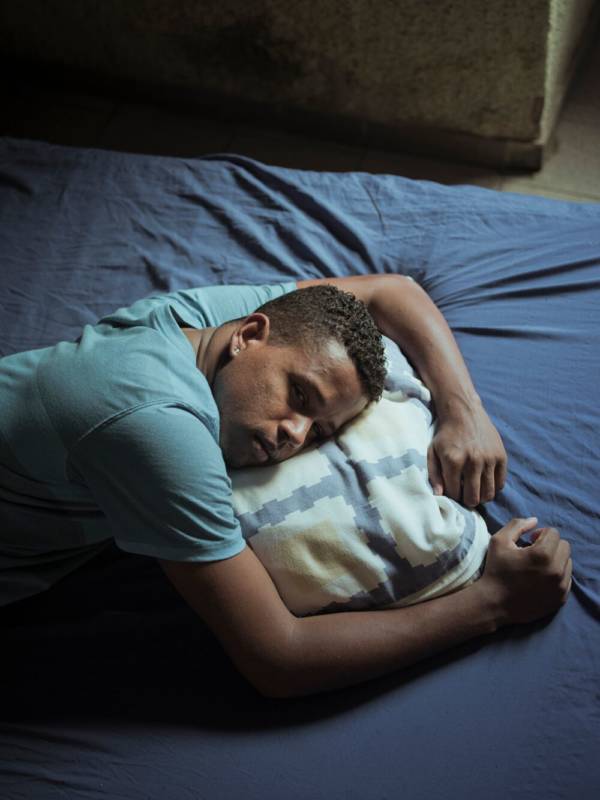 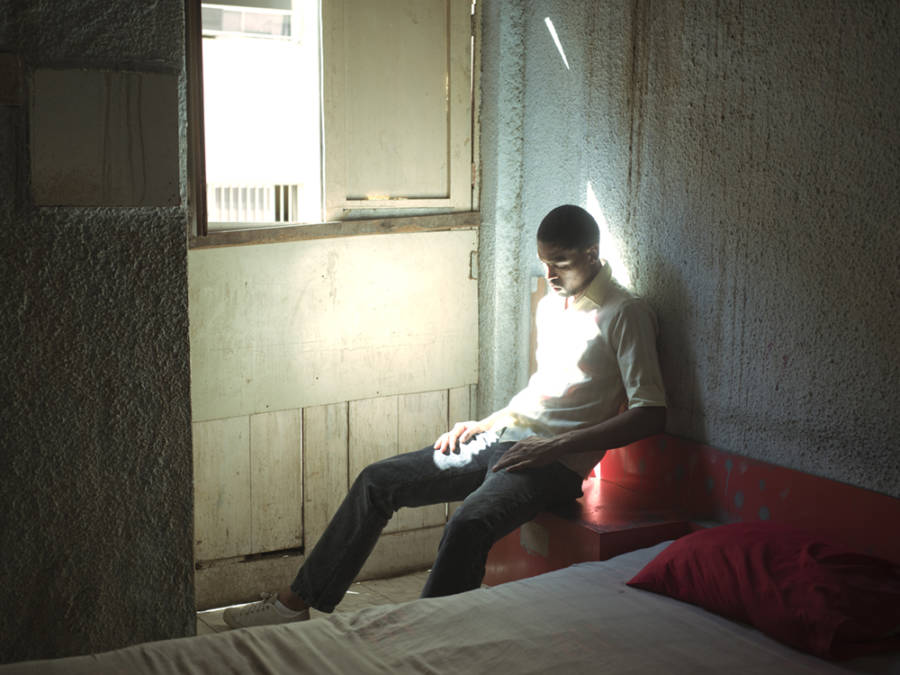 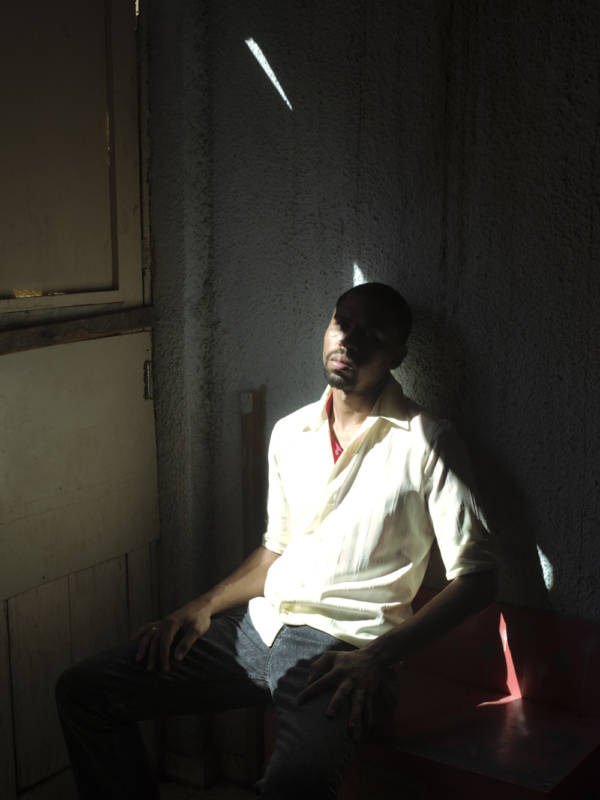 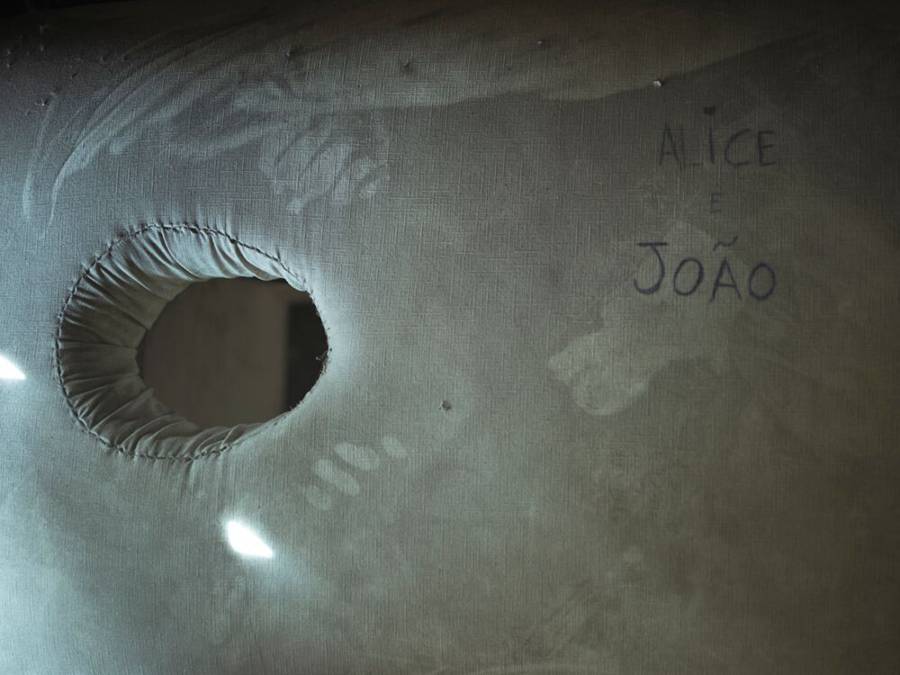 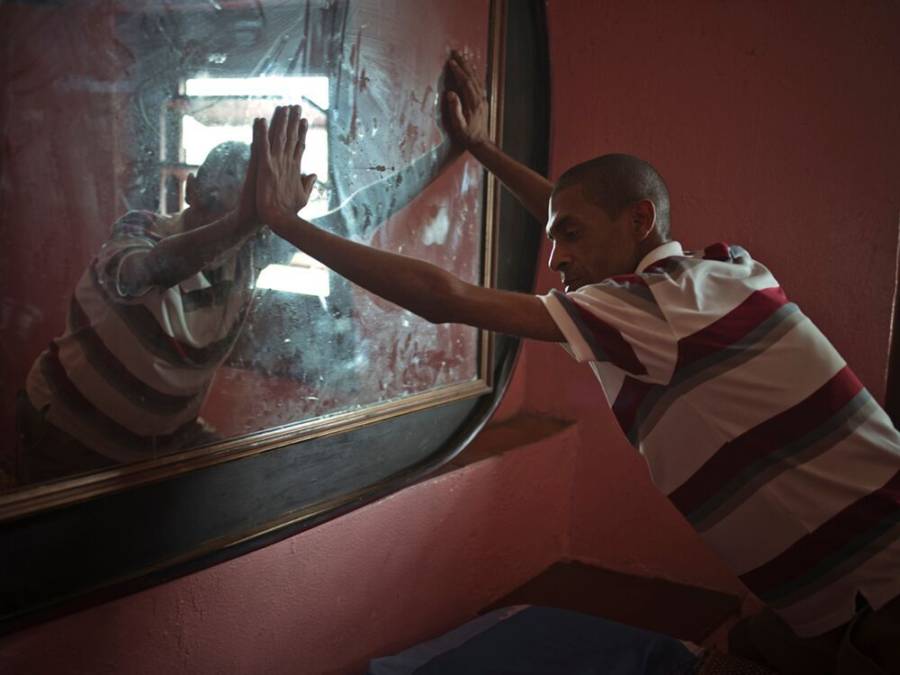 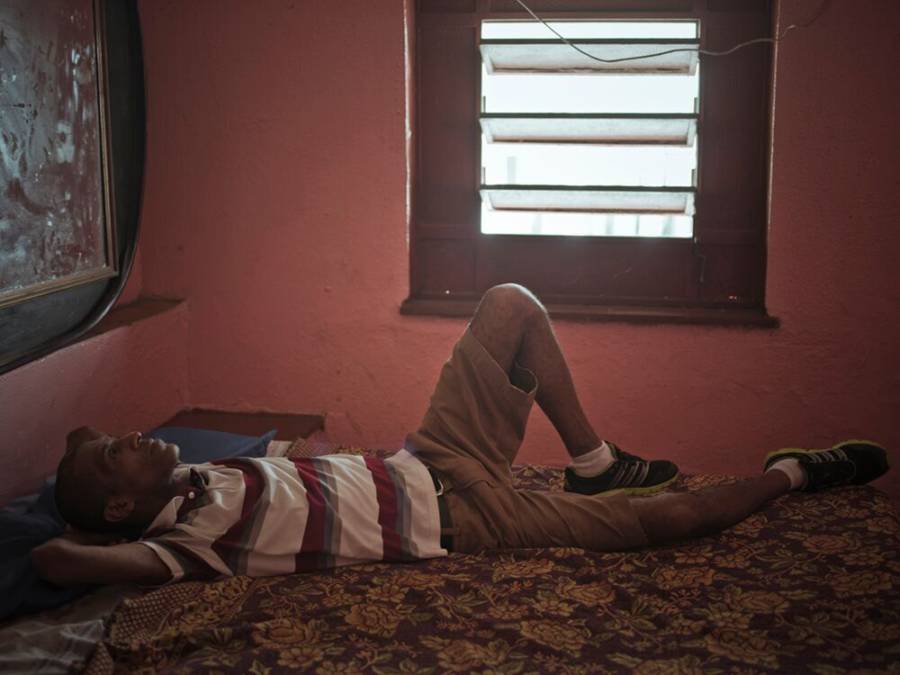 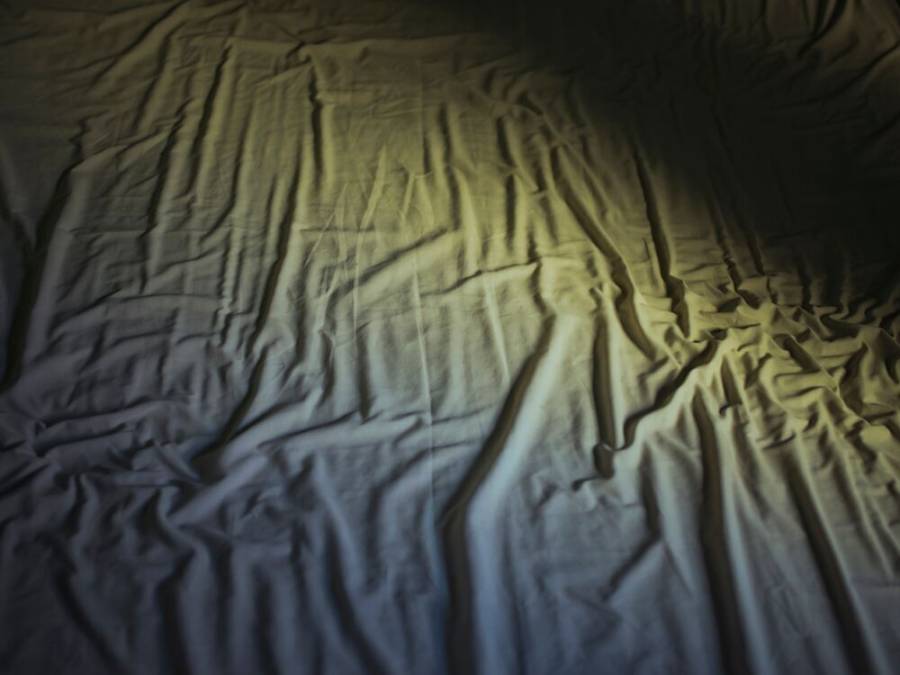 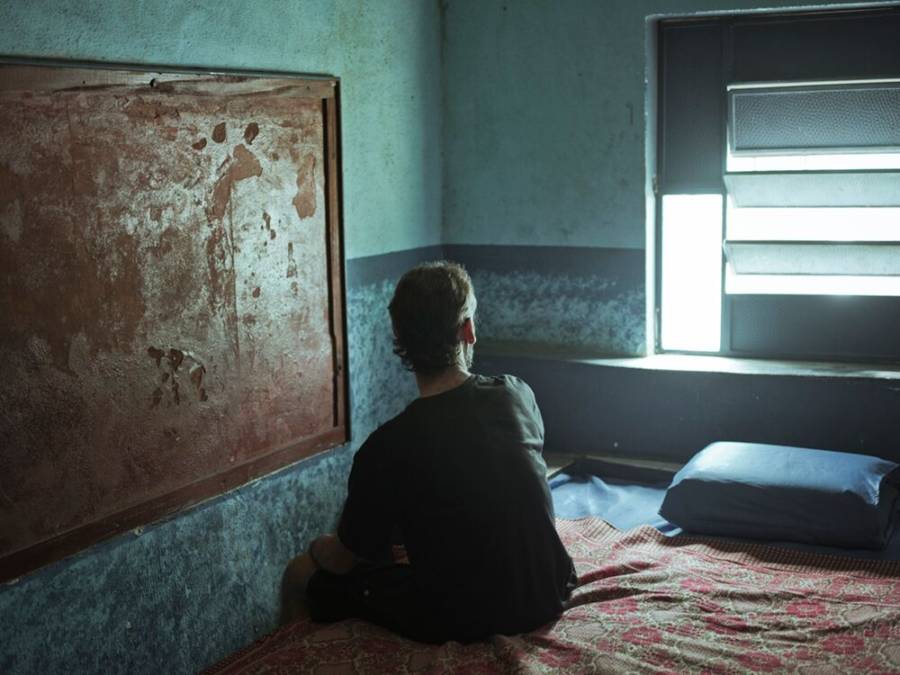 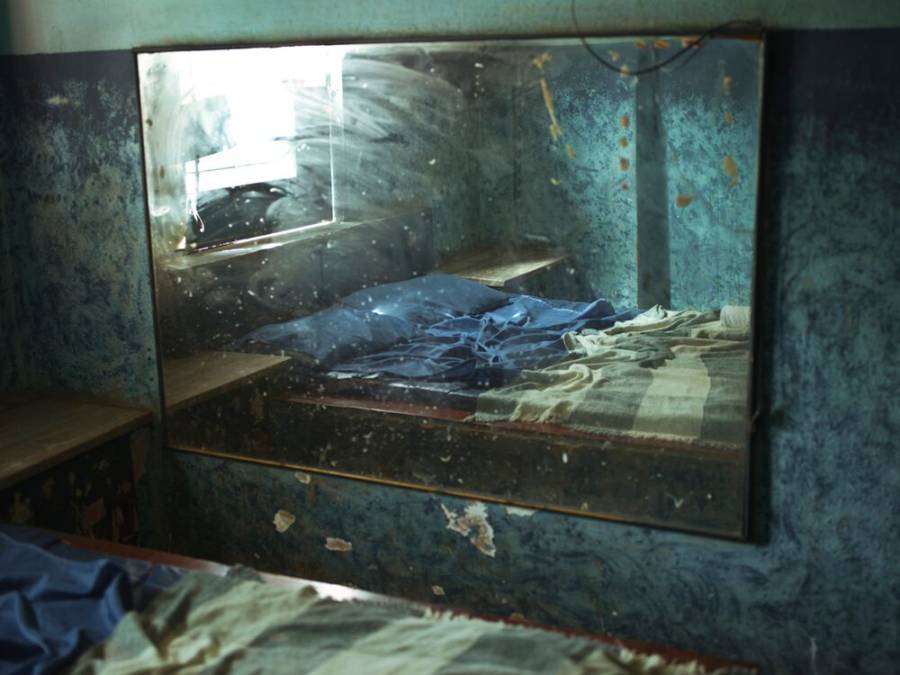 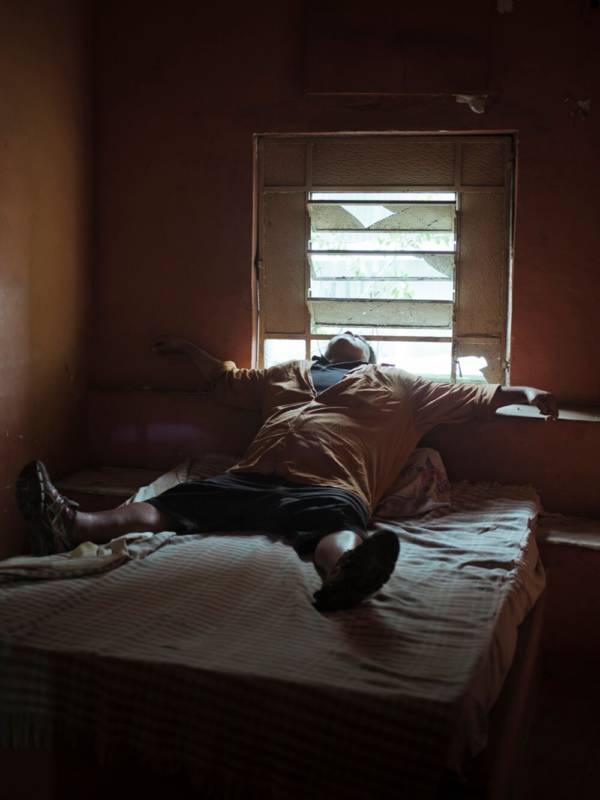 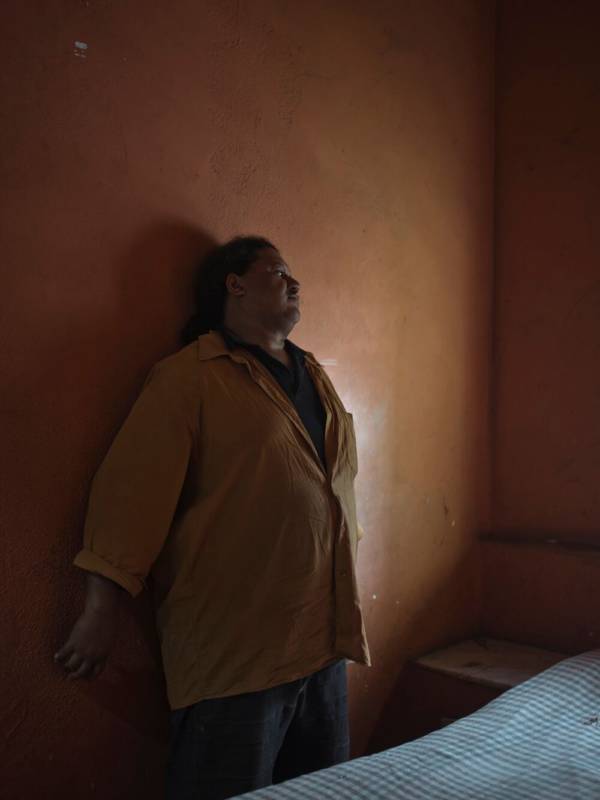 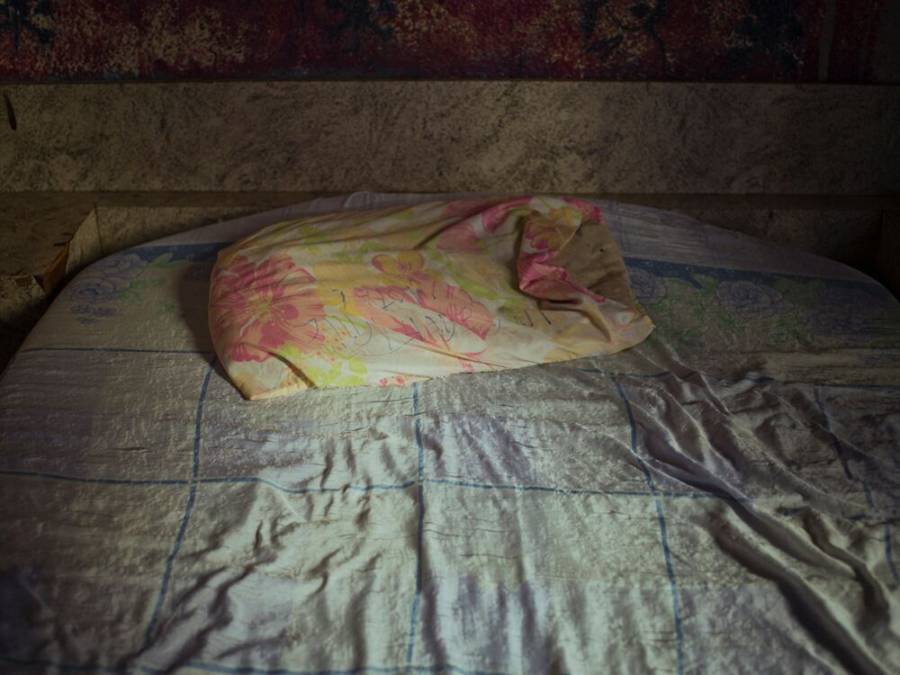 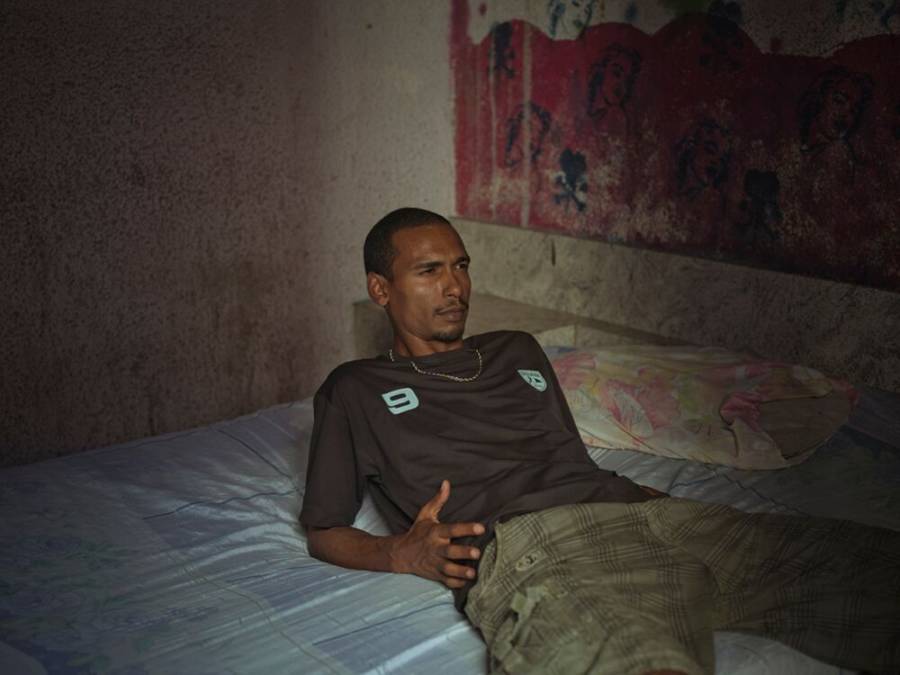 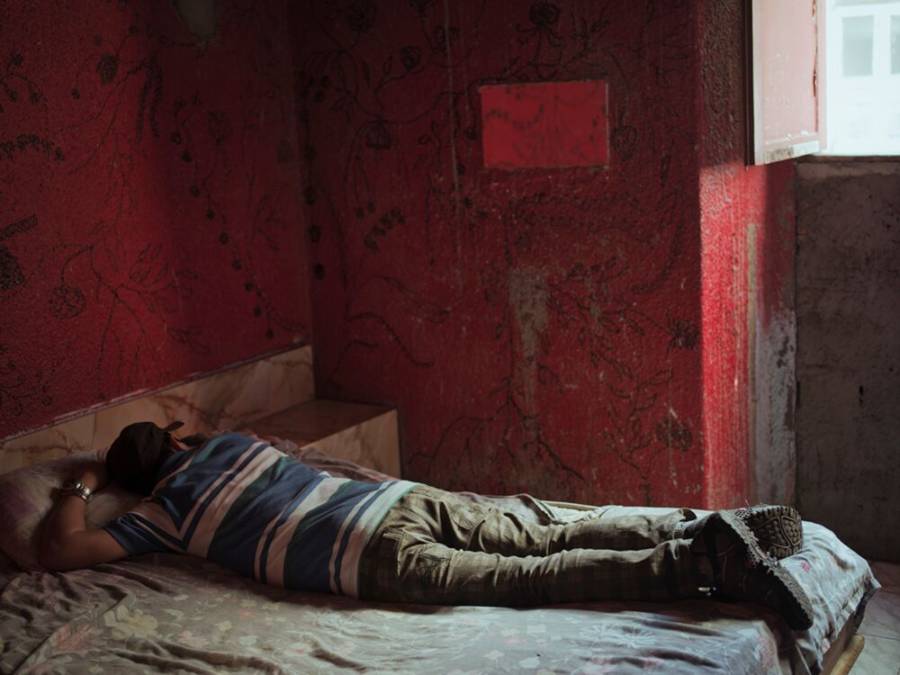 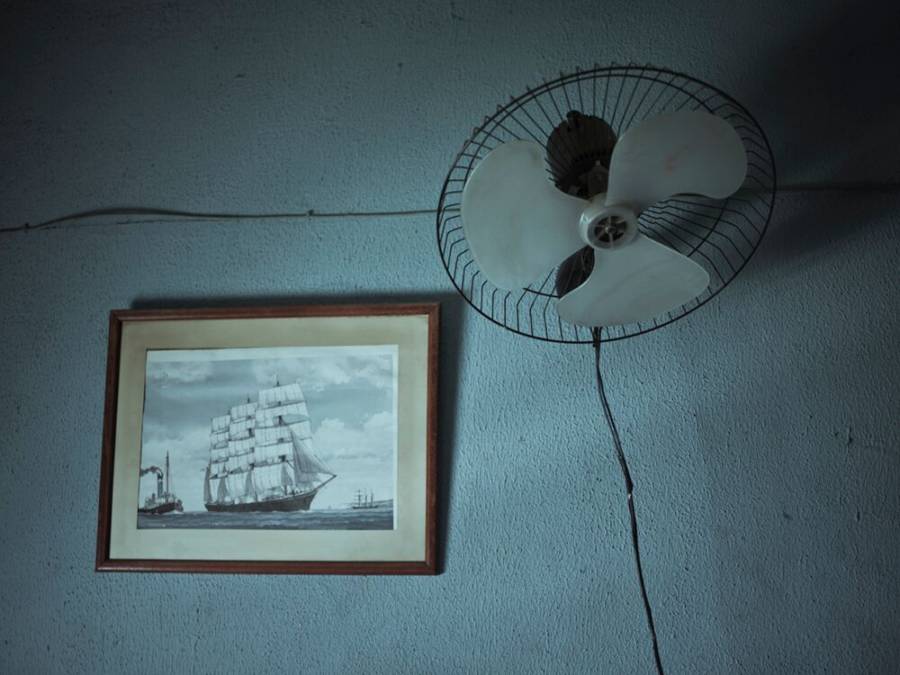 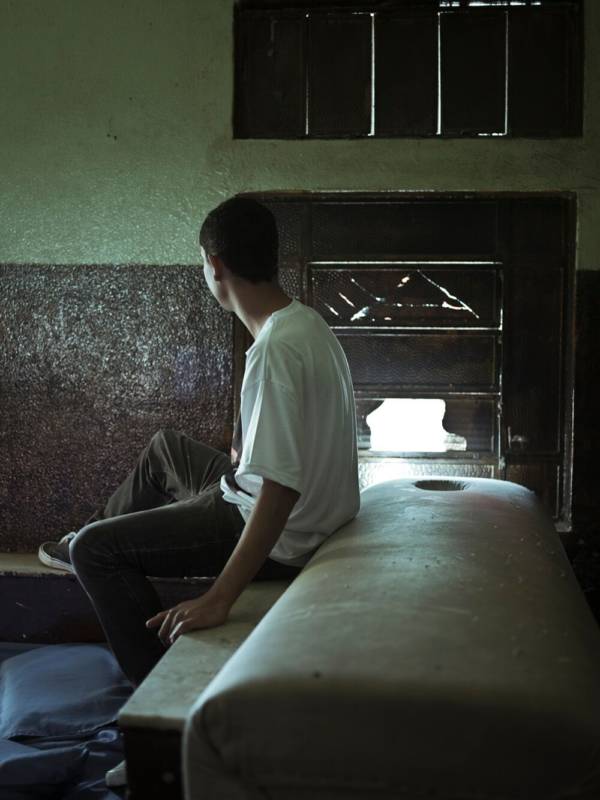 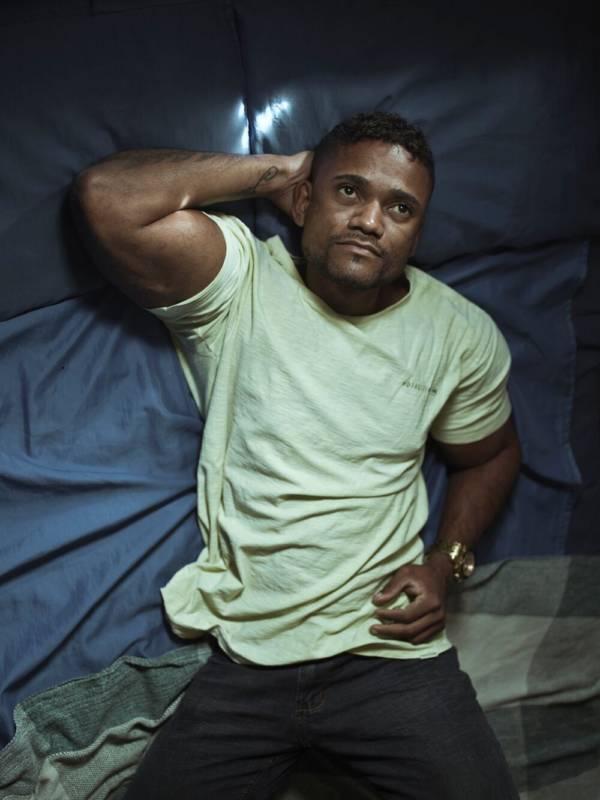 1 of 22
Felipe prefers not to say how old he is. He’s an independent worker, single, and a father of five children. He visits a prostitute once a week and he pays 50 to 100 R$ ($15-30) per session. Cristina de Middel
2 of 22
Felipe started going to prostitutes when he was 19 years old and he keeps visiting them for pleasure and fun.Cristina de Middel
3 of 22
Hugo, 70. Single and as far as he knows, he doesn’t have any children.

He doesn’t remember when he did this for the first time and he keeps doing it because he likes the variety and there’s no commitment. Cristina de Middel
13 of 22
Detail of one the beds of a hostel located in the area of the plaza Mauá, the central meeting point for prostitutes and clients in the area. The room costs $16 per service.Cristina de Middel
14 of 22
Luis prefers not to say how old he is. Electrician. Single and father of two sons. He visits a prostitute once a week and he pays 30 R$ ($9) per session.Cristina de Middel
15 of 22
Luis was 11 when he started using the services of prostitutes and he keeps doing so because he feels very lonely. Cristina de Middel
16 of 22
Details of a bed in the rooms of the hostel next to the plaza Mauá.Cristina de Middel
17 of 22
Italo, 35. Construction worker. Married and father of six children. He visits a prostitute two or three times a week and he pays 150 R$ ($46) per session. Sometimes it’s enough to invite them for a beer, if he manages to gain their trust.

He started visiting prostitutes when he was 18 years old and he keeps doing it, because he likes sex with no strings attached. Cristina de Middel
18 of 22
Walter, 50. Works as a waiter in a restaurant. He’s single and doesn’t have kids. He visits a prostitute once a week and he pays 50 to 100 R$ ($15-30) for each service.

He started visiting prostitutes when he was 30 years old and keeps doing so because he doesn’t have a girlfriend.Cristina de Middel
19 of 22
Detail of one of the rooms of a hostel close to the plaza Mauá.Cristina de Middel
20 of 22
Marcus, 22. Video editor. Single and no kids. He’s been to a prostitute four times and paid 60 R$ ($18) for 30 minutes.

His first time was when he was 20 years old and he keeps going because he feels alone.Cristina de Middel
21 of 22
Daniel, 34. Works as a security guard. He’s married and he has eight children. He visits prostitutes three times a week and usually doesn’t pay for the services, because he works in the same club as the prostitutes.

He started going to prostitutes when he was 19 years old and he keeps doing it because he likes the pleasure without commitment.Cristina de Middel
22 of 22 Who Pays For Prostitutes? One Photographer Found Out By Paying Their Customers To Pose
View Gallery

Normally, media coverage of prostitution focuses on the sex workers themselves -- where they're from, how they got here, what their work is like, what they look like.

But that approach ignores an entire half of the business: The customers.

Photographer Cristina de Middel thinks this omission limits our understanding of an issue that many people feel strongly about.

Which is why her "Gentlemen's Club" series turns the narrative on its head, taking a hard look at the people who are paying for sex.

"If aliens came to Earth and tried to understand what prostitution is about, they would believe it is a business based on naked women staying in dirty rooms," Middel said in a press release. "With Gentlemen's Club, I tried to give visibility to that other 50%."

To accomplish this, the artist needed models. So she traveled to Rio de Janeiro, Brazil -- where prostitution is legal, but running a brothel is not -- and put an ad in a newspaper seeking clients of prostitutes who would be willing to pose for money.

"My intention was first to see who these people are and also to invert the roles of the business," she said. "As they would also be selling part of themselves."

Though she doesn't label her project as being either for or against the legalization of prostitution, it takes a clear pro-women stance by confronting sexism in the media.

There's an inherent irony, the series suggests, in using a sex worker's story and image -- typically presented in a pitying, otherizing, or degrading way -- to generate attention, while simultaneously decrying an industry for "using" those very same people.

"The level of hypocrisy is embarrassing," Middel's said of outlets who haven't wanted to publish her photos. "Newspapers condemn prostitution and sex workers, treat them like outcasts, but advertise their services a few pages further."

And outlets can't claim that it's difficult to find customers willing to talk -- since the response to Middel's ad in Brazil was "massive."

She selected the men that she thought would work best for the project and photographed them in the same bedrooms where they meet with sex workers. She even paid them roughly the same amount they would spend on getting a prostitute -- between $28 and $42.

She asked them about their jobs, their personal backgrounds, and what motivated them to purchase time with prostitutes.

Her approach is not judgmental or glorifying. It's just another side of the story.

See what Cristina de Middel found in the gallery above.