Letters from a 19-year-old Hemingway show the future Nobel laureate trying to make a girl jealous. 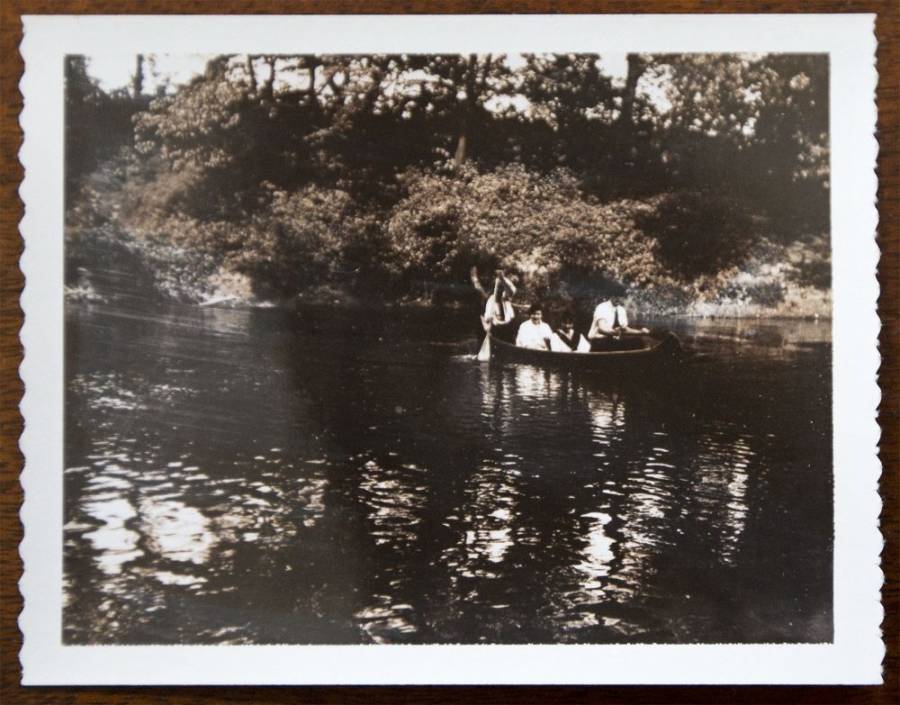 Ernest Hemingway and his high school love Frances Coates on a canoe around 1916.

Ernest Hemingway was, undeniably, a badass.

The Nobel Prize-winning author liked to hunt giant animals, slap his rivals with books and lead groups of resistance fighters in WWII.

But even the toughest of men get weak in the knees when it comes to puppy love.

And recently rediscovered notes to his high school crush prove that Hemingway was no exception.

The letters, from October 1918, are addressed to Frances Elizabeth Coates. They met when she sang opera at Hemingway’s high school in Illinois, where he played the cello.

“I remember my grandmother telling me about these letters, and she was very embarrassed to talk about her relationship with Ernest Hemingway — or Ernie as she always called him,” Coates’ granddaughter, Betsy Fermano, told WBUR.

Betsy has had the incredibly preserved letters for years, but figured they wouldn’t be of much interest to the rest of the world.

“This is a really fascinating find,” Sandra Spanier, the general editor of the Hemingway Letters Project, told The Paris Review. “To find early letters like that — that’s extremely rare. It’s a fresh view of him.”

This persona — unfamiliar to the notoriously cocky Hemingway’s fans — is even apparent in letters from his hospital bed in Italy, where he was serving as a volunteer ambulance driver on the front lines of WWI:

“Dear Frances, you see, I can’t break the old habit of writing you whenever I get a million miles away from Oak Park,” the 19-year-old Hemingway wrote.

“Milan is so hot that the proverbial hinges of hell would be like the beads of ice on the outside of a glass of Clicquot Club by comparison. However, it has a cathedral and a dead man, Leonardi Da Vinci and some very good-looking girls, and the best beer in the Allied countries.”

Here, according to Hemingway biographer, Robert Elder, the writer was “trying to make [Frances] jealous.”

“He’s trying to say, ‘look at all these beautiful women around me,’ and then he’s bragging about trying beer, which would’ve been sort of the ultimate sign of rebellion, because he grew up in Oak Park, which was a town sort of founded on the temperance movement and was a dry town.”

He also wrote his sister from the same hospital, asking that she “call up Frances Coates and tell her that your brother is at death’s door. And that will she please, no excuses, write to him. Make her repeat the address after so that she will have no alibi. Tell her that I love her or any damn thing.”

It didn’t work. Frances went on to marry another classmate named John Grace. 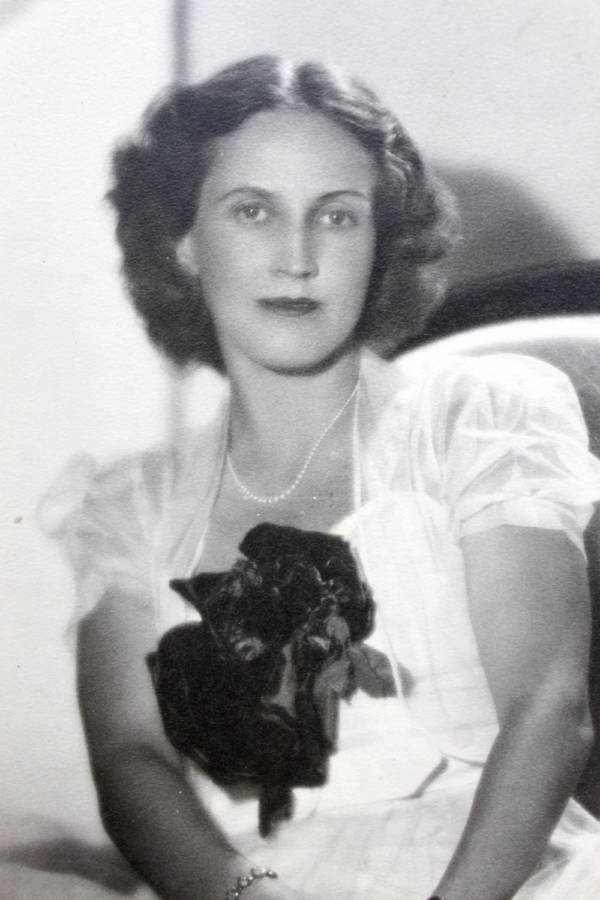 An undated photo of Frances Coates.

But while Ernie went on to have four marriages of his own, he may have never fully recovered from his apparent first love.

Frances made several appearances in his writing through the decades. She popped up as Liz Coates in the sensual short story “Up in Michigan,” and Hemingway makes an apparent jab at Frances’s husband in his novel, “To Have and Have Not”:

“He’s probably a little too good for Frances, but it will be years before Frances realizes this,” the book reads. “Perhaps she will never realize it with luck. [This type of man] is rarely also tapped for bed. But with a lovely girl like Frances, intention counts as much as performance.”

She kept the snapshots Hemingway had sent her through the years and had his high school photo in a gold frame in her dressing room. 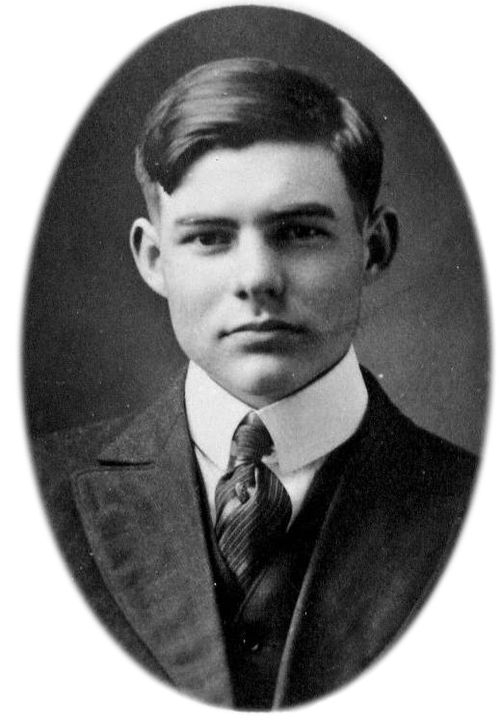 She also accumulated an envelope of newspaper clippings chronicling Hemingway’s swelling fame: articles on his books, his marriages, his adventures around the world, and finally his suicide.

Frances wrote a ten-page, unpublished document describing their friendship, in which she characterized him as “a great, awkward boy falling over his long feet … in life, a disturbing person with very dark hair, very red lips. Very white teeth, very fair skin under which the blood seemed to race, emerging frequently in an all-enveloping blush.”

“What a help his beard, later was to be, protecting and covering this sensitivity,” she went on. “The whole of his face fell apart when he laughed.”

Despite her clear fondness for the man and her well-maintained collection of Ernie-themed documents, it seems Frances never regretted her decision to turn the young star down.

“Ernie’s pictures,” she wrote on one envelope of photos Hemingway sent her. “And 25 years later, ooh! Am I glad I married John!”

Next, read about this ex-CIA author’s claim that Hemingway was a Soviet spy. Then, check out these 21 thought-provoking Hemingway quotes on life and war.