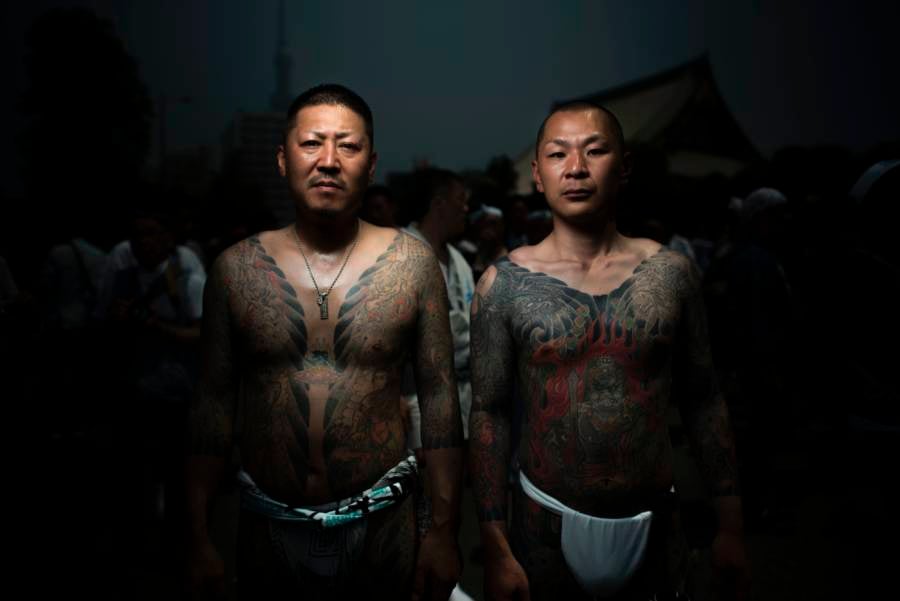 FRED DUFOUR/AFP/Getty ImagesYakuza display their tattoos during the Sanja Matsuri festival in Tokyo. 2017.

Up until recently, the Yakuza have been at least somewhat tolerated in Japan. They were criminals, but they were useful – and sometimes, even the government took advantage of their unique sets of skills.

The Japanese government has called on them for help in certain military operations (though the details remain hazy) and, in 1960, when President Eisenhower visited Japan, the government had him flanked by scores of Yakuza bodyguards.

While things like this have made the Yakuza at least look more legitimate, their code also forbids members from stealing – even if, in practice, that rule wasn’t always followed. Nevertheless, many members saw themselves simply as businessmen.

But their businesses are often not above-board at all… 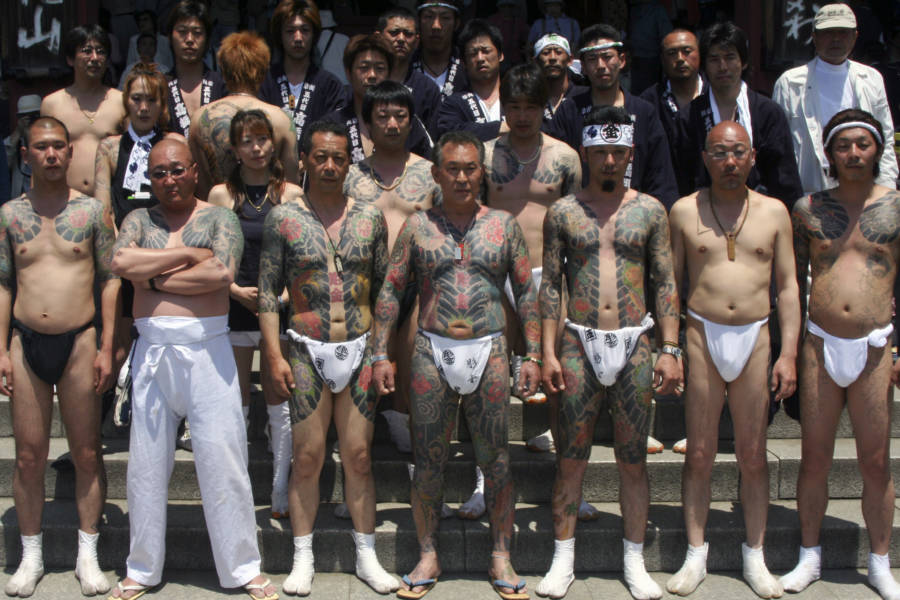 Jiangang Wang/Contributor/Getty ImagesYakuza display their tattoos during the the Sanja Matsuri festival in Tokyo. 2005.

Historically, the Yakuza have largely carried out what many would consider to be relatively small-time crimes: drug dealing, prostitution, and extortion.

The drug trade in particular has proven extremely important to the Yakuza. To this day, nearly every illegal drug in Japan is imported by the Yakuza.

Among the most popular is meth, but they also bring in a steady stream of marijuana, MDMA, ketamine, and anything else they think people will buy. Drugs, as one Yakuza boss put it, are just plain profitable:

“One sure way of making money is drugs: that’s the one thing you can’t get hold of without an underworld connection.”

The Yakuza And Sexual Slavery 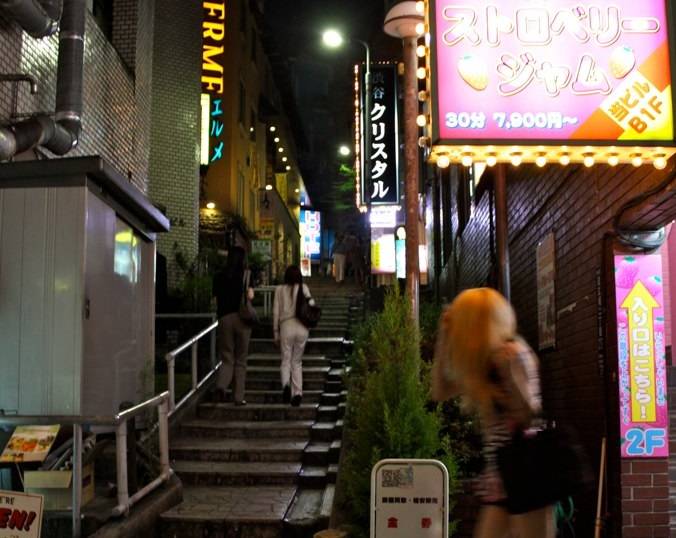 Darnell Craig Harris/FlickrA woman walks out of a brothel in Tokyo.

But drugs isn’t all that the Yakuza import. They also traffick in women. Yakuza operatives travel to South America, Eastern Europe, and the Philippines and lure young girls to Japan, promising them lucrative jobs and exciting careers.

When the girls get there, though, they find out that there is no job. Instead, they’re trapped in a foreign country and without enough money to go home. All they have is the pimp they’ve been set up with – a man pushing them into a life of prostitution.

The brothels themselves are usually massage parlors, karaoke bars, or love hotels, often owned by somebody who isn’t in the gang. He’s their civilian front, a fake boss extorted into letting them use his business and the guy who’ll take the fall if the police come calling.

All that’s true today, as it has been for years. But none of it is what eventually caused the government to truly crack down on the Yakuza.

The crackdown came when the Yakuza moved into white-collar crime.