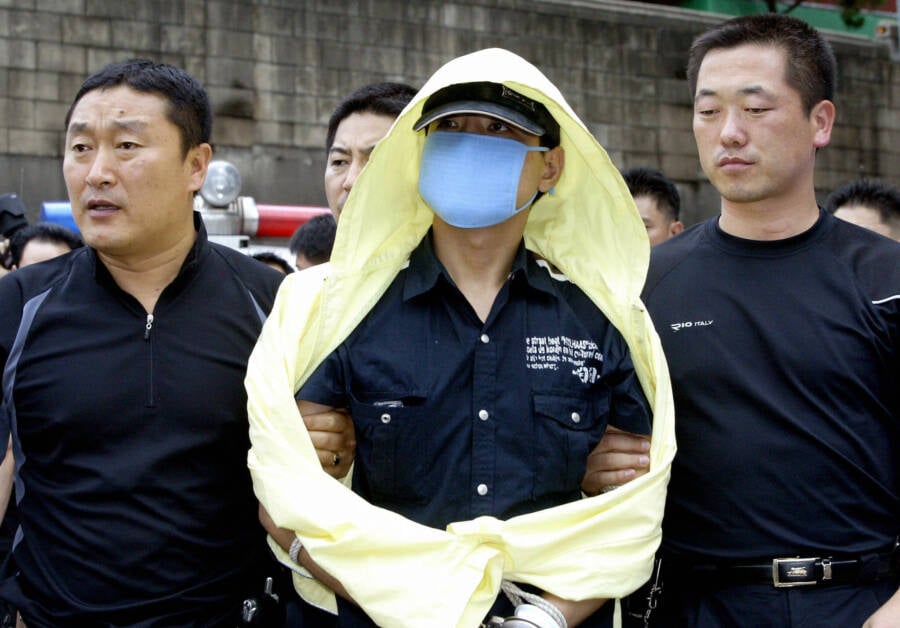 To the police, the sudden spate of violent murders across Seoul seemed puzzlingly different. But to the killer, Yoo Young-chul, they all made perfect sense.

Harboring resentment for both women and the wealthy, Yoo Young-chul targeted both. He snuck into extravagant homes and murdered the rich, and he invited sex workers to his apartment, where he murdered them in his bathroom.

For ten months, his murder spree shocked and stumped South Korean police. In the end, it wasn’t investigators who brought him down — but workers from the massage parlor where he found victims.

This is the story of Yoo Young-chul, South Korea’s notorious “Raincoat Killer.”

Yoo Young-chul’s Hatred For Women And The Wealthy

Yoo Young-chul’s disdain for the rich began at a young age. Born on April 18, 1970, he grew up poor in Gochang County, a rural part of South Korea. 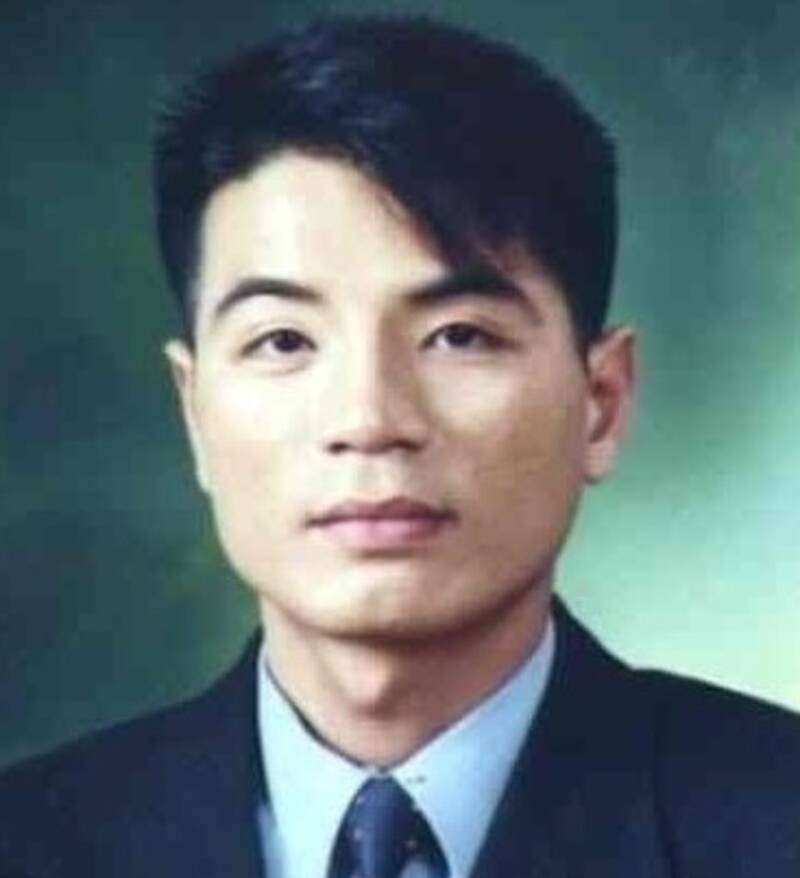 FacebookAn undated photo of Yoo Young-chul, one of the few in circulation.

There, he developed bitter jealousy of a wealthy family that lived nearby. According to prosecutors at his trial, Yoo’s disappointing “family and economic environment” transformed into “hostility against the rich.”

Behind bars, his hateful fantasies began to solidify into plans. Yoo read articles about Korean serial killer Jeong Du-yeong, who had targeted rich people, and he contemplated doing the same.

When Yoo’s wife, a former massage parlor worker, left him, he also developed a hatred toward women. As Yoo himself later put it:

“Women should not be sluts, and the rich should know what they have done.”

After Yoo Young-chul left prison in September 2003, he began to plot his first murder. He bought weapons and practiced by killing dogs. Then, on Sept. 24, 2003 — 13 days after his release — he struck for the first time.

Like Jeong Du-yeong, Yoo wanted to kill rich people. He went to the upscale Seoul neighborhood of Sinsa-dong and snuck into a two-story house owned by 72-year-old Lee Deok-su, a Sookmyung University professor, and his 68-year-old wife, Lee Eun-ok. Before either could react, Yoo attacked them with a hammer — and beat them both to death. 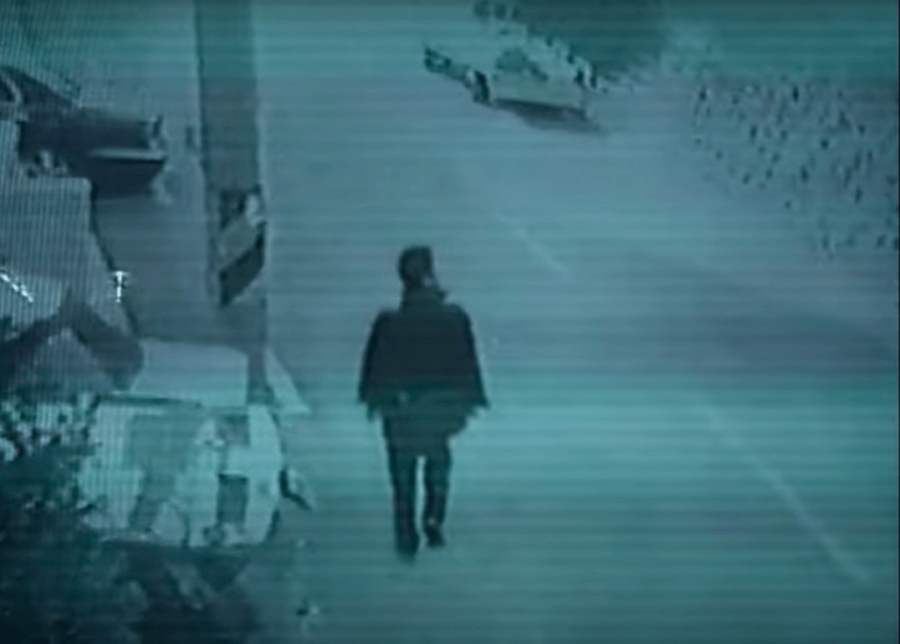 YouTubeFor a long time, police had only grainy footage of Yoo Young-chul leaving a crimes scene.

From there, Yoo’s murders picked up speed. He attacked again in October, killing three members of a family in Gugi-dong, Jongno-gu. In November, Yoo killed twice — first attacking the wife of a millionaire in Samseong-dong, Gangnam-gu, then killing a wealthy man and his housekeeper in Hyehwa-dong, Jongno-gu.

Police were stumped. The victims didn’t seem to be related to each other, nor had the murderer had taken any of their valuables. And aside from some footprints and grainy CCTV footage, investigators had few clues about the killer himself.

Meanwhile, Yoo had started to focus on a different kind of victim: sex workers. He’d hated women ever since his divorce — and had even considered killing his ex-wife — but his hatred escalated after his girlfriend left him.

“Mr. Yoo thought that the reason he lived a miserable life was because of the rich,” explained Huh Joon-young, the head of the Seoul Metropolitan Police. “After divorcing his wife who was a masseuse, he shifted targets to women who had the same job.”

Once Yoo got the women inside, he had sex with them and then bludgeoned them with a sledgehammer that he’d custom made to fit his grip.

After mutilating their bodies, Yoo used axes, knives, and scissors to cut his victims into 16-18 pieces. He tore off their fingertips to hinder identification and stuffed their remains in garbage bags, which he buried on a mountain near Bongwon Temple.

According to Yoo, he sometimes even ate parts of his victims. He said he believed it would “cleanse his spirit.”

The Arrest Of The ‘Raincoat Killer’

Between May and July 2004, Yoo Young-chul killed at least 11 women. But their deaths — unlike the deaths of the wealthy — elicited little concern. Only the massage parlor owners knew that something was wrong.

As their suspicion intensified, Yoo made a fateful error. He used one of his victim’s phones to call a massage parlor. The owner immediately recognized the number as belonging to a missing girl and notified the police. 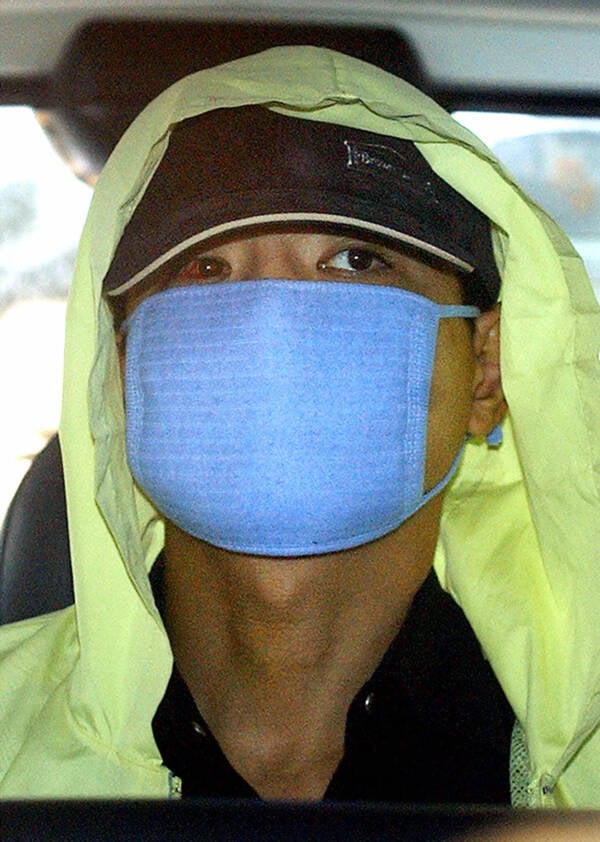 KIM MI-OK/AFP via Getty ImagesYoo Young-chul was dubbed the “Raincoat Killer” because of a yellow raincoat he wore while showing police where he buried his victims. July 19, 2004.

Although the police sent an officer to intercept Yoo, the officer left before Yoo arrived. When the killer walked into the motel where he had arranged to meet his victim, it was the massage parlor employees who detained him.

Once the police had Yoo in custody, they got more than they bargained for — in more ways than one. Yoo, who considered himself a “smart person” and claimed to have a 140 IQ, faked an epileptic fit and managed to escape for twelve hours.

Upon his second arrest, Yoo confessed all of his crimes to the stunned police. He also agreed to lead the police to the bodies of his victims. Because he wore a yellow raincoat during this expedition, the media swiftly dubbed him the “Raincoat Killer.”

Though Yoo later said he was “sorry” for what he had done, he also said that he would have kept killing if he hadn’t been caught. He even admitted to killing random people who were neither sex workers nor the very wealthy. In all, he confessed to killing 26 people.

“The media keeps saying that I’ve murdered so many people, but to me it was only a mere start,” Yoo said at his first trial in September 2004. “I had no intention of stopping the killing.”

He also showed little revulsion for what he had done to his fellow human beings. In a letter to police, he said he felt the most fear when his son called him while he was mutilating a body.

“The scariest moment was not when a decapitated head fell off from a hanger or when a headless body came running to me,” Yoo said. “It was when my son called to ask if I still have cold.”

In December 2004, Yoo Young-chul was convicted of 20 homicides and sentenced to death. But since South Korea has a “hold” on executions, he’s currently serving time at the Seoul Detention Center.

Yoo Young-chul’s long, violent, and varied murder spree shocked South Koreans. His exploits were even depicted in the 2008 film The Chaser, and are the subject of a 2021 Netflix documentary called The Raincoat Killer: Chasing a Predator in Korea. 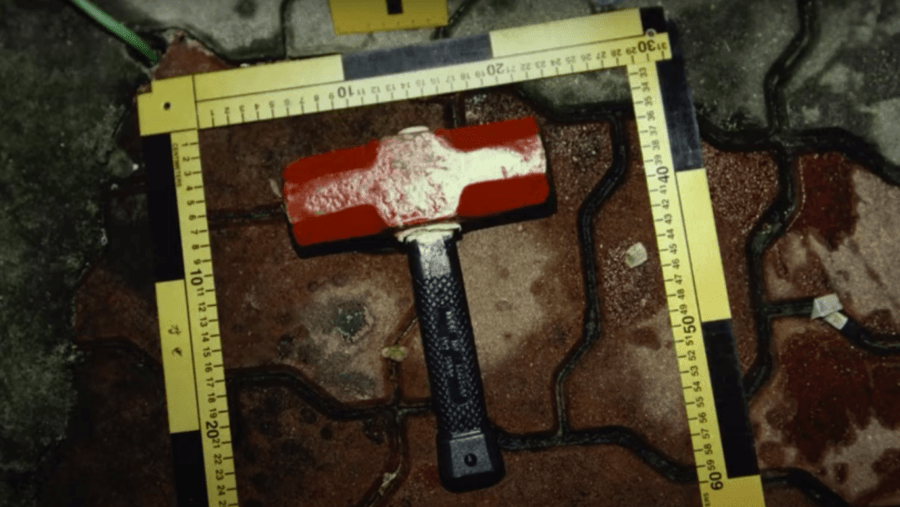 YouTubeYoo Young-chul’s custom made hammer, as featured in Netflix’s 2021 documentary on his crimes.

“This type of case was unprecedented in Korea at the time,” explained one of the police officers involved in the investigation of Yoo Young-chul’s murders.

As the documentary describes, Yoo was able to kill so many people for so long because of flaws within the Korean police force. For example, police worked strictly within their districts and rarely shared information with other forces. When they did share information, it was only about successful arrests — never about the “failure” of unsolved cases.

In the aftermath of Yoo’s arrest, the Korean police force underwent massive changes to fix inefficiency and corruption.

But aside from wondering why Yoo eluded police for so long, many have asked why Yoo became a killer in the first place. Some point to the Korean financial crisis, which started in 1998.

“The rich got richer and the poor got poorer,” explained one police officer. Yoo himself drew an explicit line between inequality in South Korea and his crimes.

“I did it to kill society,” he claimed. “When I came to the bitter realization that money was all that mattered, I thought of myself as enforcing the very punishment myself.”

Indeed, inequality in South Korea has been a common theme in popular movies and TV shows in the past couple of years. Both Parasite (2019) and Squid Game (2021) have depicted the struggles of the poor.

But for all Yoo’s grandiose claims, he really only targeted the weak. He went after older adults during the day — when he knew they’d be at home — and murdered women who existed on the fringe of society. He killed not to change the world but to lash out at it.

In doing so, he succeeded in nothing but taking lives and condemning himself to a life in prison.

After reading about Yoo Young-chul, the South Korean “Raincoat Killer,” learn about Vlado Taneski, the serial killer journalist who reported his own crimes. Or, read the terrifying story of Gary Ridgway, the Green River Killer.