Inside Gary Ridgway’s Horrific Murders As The Green River Killer

Throughout the 1980s and '90s, Gary Ridgway prowled Washington state as the Green River Killer, hunting for sex workers and other vulnerable women to rape and murder. 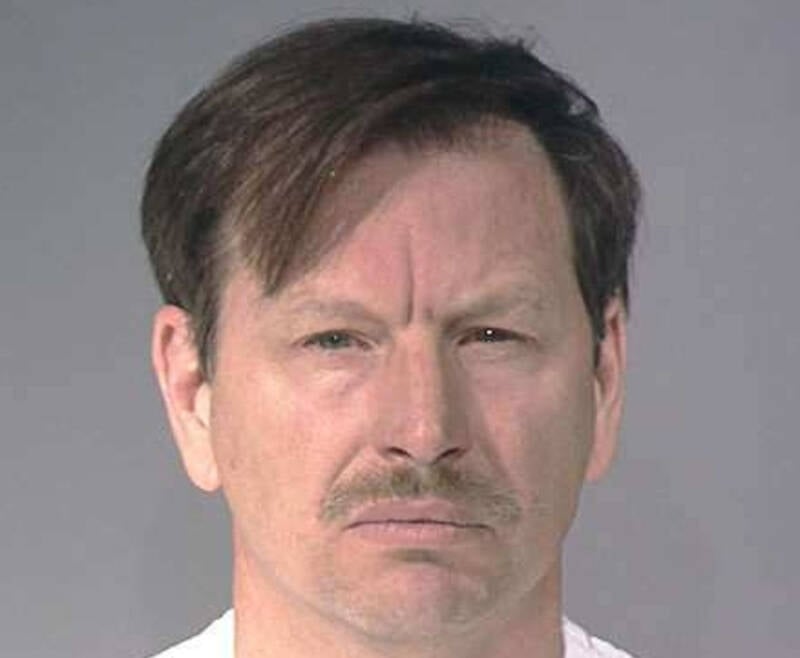 From 1982 to 1998, Gary Ridgway terrorized Washington State as the Green River Killer. He murdered at least 49 women, but the real number could be as high as 71. If true, this would make him one of the most prolific serial killers in American history — and one of the most brutal.

From bragging about his choking ability to explaining the cold-blooded efficiency of performing necrophilia on a victim’s corpse instead of finding a new victim to rape and kill, Ridgway’s story was nothing short of chilling.

While Ridgway is not as infamous as other serial killers like Ted Bundy, he took far more victims than Bundy ever did. In fact, by the time Bundy had already been captured in the mid-1980s, authorities were actively seeking his help in catching Ridgway, who at that point was still at large.

In a move straight out of The Silence of the Lambs, investigators used Bundy’s inside knowledge of serial killing — and his familiarity with Washington State — to help them form a profile of Ridgway.

This is the gruesome true story of Seattle serial killer Gary Ridgway — and how Ted Bundy helped find him. 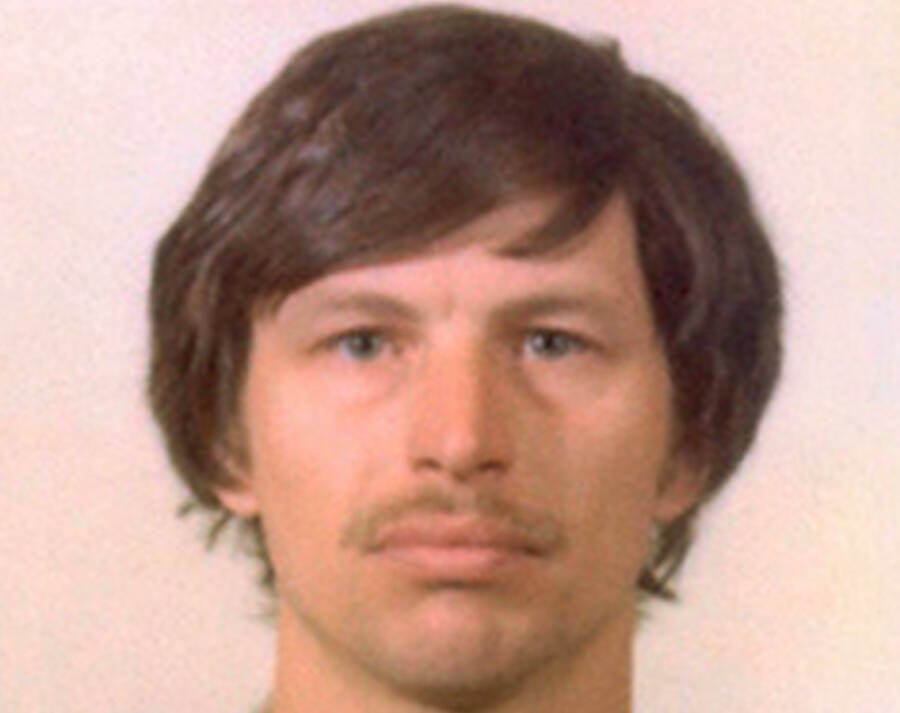 Wikimedia CommonsAn early mugshot of Gary Ridgway from 1982, before he was identified as the Green River Killer.

Born on February 18, 1949, in Salt Lake City, Utah, Gary Ridgway had a seemingly happy and normal childhood. But then, at age 15, he stabbed a young boy — just to see how stabbing “worked.”

Ridgway later told a psychologist that he was interested in stabbing because he was struggling with being sexually attracted to his own mother and wanted to kill her because of it. He also confessed that he had a bed-wetting problem into his early teens — and that he had clear recollections of his mom washing his genitals after he wet the bed.

Some experts think that this may have been part of a larger pattern of inappropriate behavior on the part of Ridgway’s mother. And while she was ultimately spared from Ridgway’s killing spree, some believe that his crimes may have amounted to a case of “displaced matricide” and that he was unconsciously “killing his mother over and over again.”

But for a long time, Ridgway put up a normal front. After graduating high school at the age of 20 and serving in the U.S. Navy for two years, Ridgway decided to settle down in the Seattle area. Shortly thereafter, he got a job painting trucks, which he held for about three decades.

Not long after Ridgway’s move, he started having a couple of encounters with the law, during which he got arrested for allegedly choking a sex worker and for solicitation. As the years went on, his crimes escalated from there. It’s widely believed that he first began his killing spree in 1982, starting with a 16-year-old girl who had run away from her foster home.

Gary Ridgway often preyed on vulnerable runaways. He also targeted sex workers, whom he picked up at truck stops and dive bars along Highway 99 outside Seattle. After luring his victims into his car, he’d often gain their trust by showing them photos of his son, then engage in sexual activity with them before strangling them to death, sometimes in the middle of intercourse.

The Seattle serial killer would then dump their bodies in wooded areas around the Green River, which led to his chilling nickname. Ridgway would also purposely contaminate the crime scenes with gum and cigarette butts — since he didn’t smoke or chew gum — to throw authorities off.

Occasionally, he would dump the body in one place, leave it for a time, then transport it to another location to create a false trail. At least two of his victims were transported as far away as Portland.

By the end of his murder spree, he’d killed a confirmed 49 women, though he ended up confessing to 71 total murders. Ridgway once said, “I killed so many women, I have a hard time keeping them straight.”

When the bodies first started appearing, the King County Sheriff’s Office formed the “Green River Task Force,” hoping to discover the person responsible. And they got help from an unlikely source. 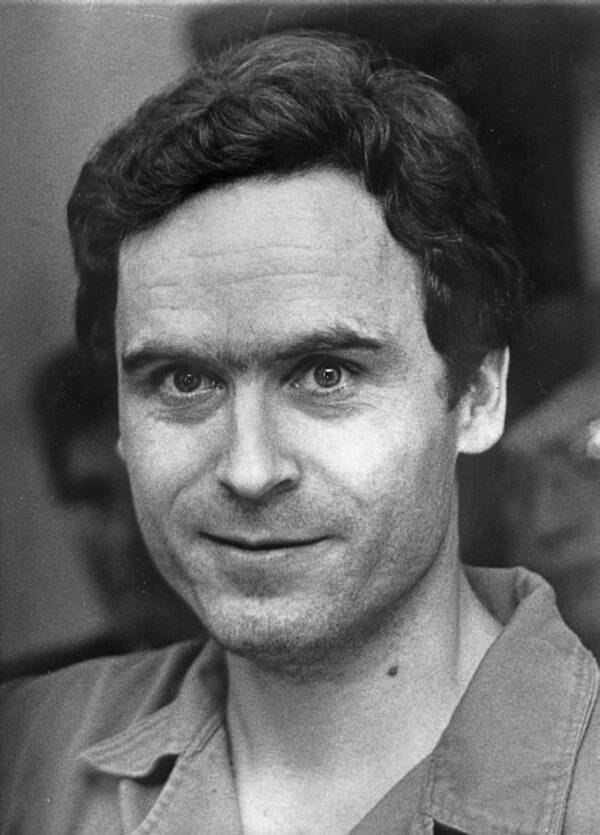 Two members of the Green River Task Force were Robert Keppel and Dave Reichert. They periodically interviewed psychologists and criminologists, hoping to gain insight into the motives behind the killer’s movements.

Eventually, in 1984, their interviews led them to the infamous Ted Bundy.

According to Keppel, Bundy actually volunteered himself to take part in the investigation. Keppel described receiving the shocking request from a detective of the Seattle Police Department: “It was a letter from a ‘wanna-be’ consultant and the most unlikely person I ever expected to be of assistance in the Green River murders. The letter came from a cell on death row in Florida; the sender was Theodore Robert Bundy. I was stunned.”

By that point, Bundy had already been imprisoned for several years for murder, rape, burglary, and necrophilia. And at the time, he was awaiting his execution, which would ultimately come in 1989.

Having deplorable, but valuable, first-hand experience with the same kinds of killings that had been happening in the Green River area, Bundy proved to be an asset to the case. He became a regular interviewee of Keppel and Reichert and offered his unfiltered opinion on the psychology of the still-active Seattle serial killer, as well as his motivations and behavior.

According to Reichert, Ted Bundy also shared several things in common with Gary Ridgway, especially in regard to mindset: “First off, there’s no remorse. He doesn’t have any feelings toward anybody, his family included. And that’s what I saw in Bundy and what I saw in Ridgway.”

As Reichert explained in an interview with the New York Times: “Like Mr. Bundy… Mr. Ridgway craved attention and control and was prideful when discussing his killings. When detectives presented him with an unsolved murder to see if he would confess it, he told them: ‘Why, if it isn’t mine? Because I have pride in… what I do. I don’t wanna take it from anybody else.'”

During one interview session, Bundy reportedly suggested that the uncaught Seattle serial killer was most likely revisiting his dumpsites to perform necrophilia on the corpses. He advised the investigators that if they found a fresh grave, they should stake it out and wait for the killer to return.

Bundy’s theories turned out to be absolutely correct, and the police were able to use them to collect samples and provide evidence for an arrest warrant. However, it took police until 2001 to finally arrest Gary Ridgway. 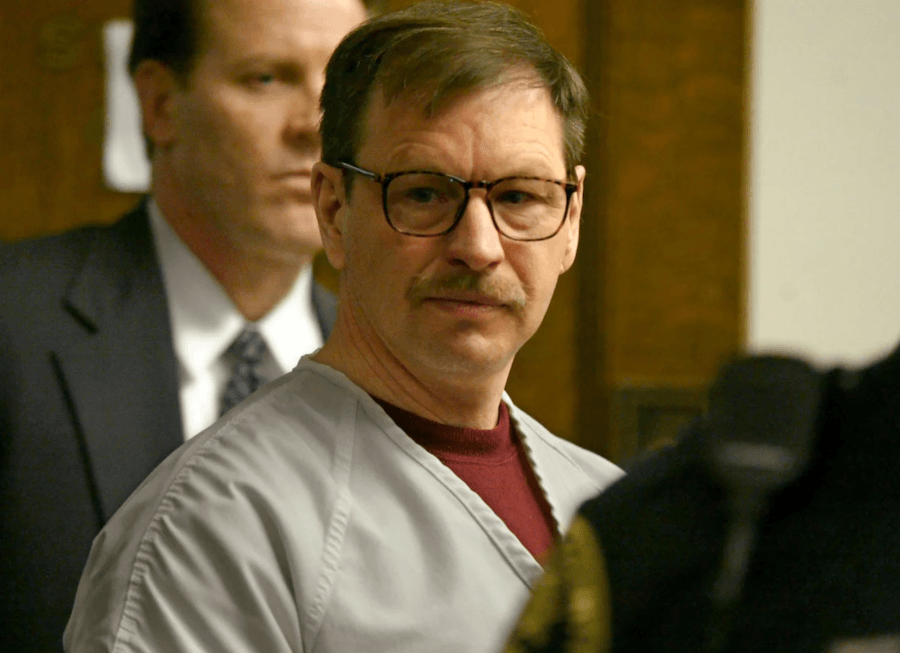 Getty ImagesGary Ridgway was sentenced to life in prison in 2003, after narrowly avoiding the death penalty.

In 2001, Gary Ridgway was arrested on suspicions of murdering four women, and his DNA was later linked to them. Forensic testing later revealed that the same spray paint Ridgway used at work during his crime spree was present at other crime scenes, and added those murders to the list of charges.

By that point, Ridgway had not only held a steady job for 30 years but had also been married three times. His third wife Judith Mawson — who didn’t know about his crimes until after he was arrested — was absolutely stunned when she heard about his long history of rape, murder, and necrophilia.

As Mawson put it, Ridgway was the “perfect husband” and had always treated her “like a newlywed,” even after they’d been together for 17 years. In reality, Ridgway later confessed, he had been tempted to kill Mawson and only passed because it might’ve increased his chances of getting caught.

Still, he claimed that he truly loved Mawson. And according to the timeline of his known murders, his kill rate went down after they had gotten married. Mawson, who filed for divorce after his confessions, later said that she felt like she had saved lives “by being his wife and making him happy.”

By the time of his trial, Gary Ridgway was facing 48 murder charges. In exchange for life imprisonment instead of the death penalty, the Seattle serial killer agreed to provide the locations of his victims’ remains.

After his cooperation, he was given 48 life sentences that would be served consecutively. Then, 10 years was added to each sentence for the crime of tampering with evidence. This would increase his overall prison term by 480 additional years. And in 2011, a 49th body was found that was linked to Ridgway, which added yet another life sentence to his prison term.

When his trial was over, Gary Ridgway had confessed to more confirmed murders than any other serial killer in America at that point. And he claimed that murdering young women was his real “career.”

While the title of the most prolific serial killer in the United States has since been taken by Samuel Little — who killed up to 93 women between 1970 and 2005 — there’s no question that Ridgway remains one of the worst murderers in modern American history.

But unlike some other infamous serial killers, Gary Ridgway is still alive today. He is currently 72 years old and serving out his life sentences at the Washington State Penitentiary in Walla Walla, Washington. Ridgway is expected to spend the rest of his life behind bars.

After learning about Gary Ridgway, check out 11 more prolific serial killers you probably haven’t heard of. Then, learn how 20 serial killers met their ends.