Life Inside The Young Pioneers: The Soviet Union’s Answer To The Boy Scouts

Whether practicing with grenades or shooting Germans, the Young Pioneers of the World War II era were forced to grow up all too fast. 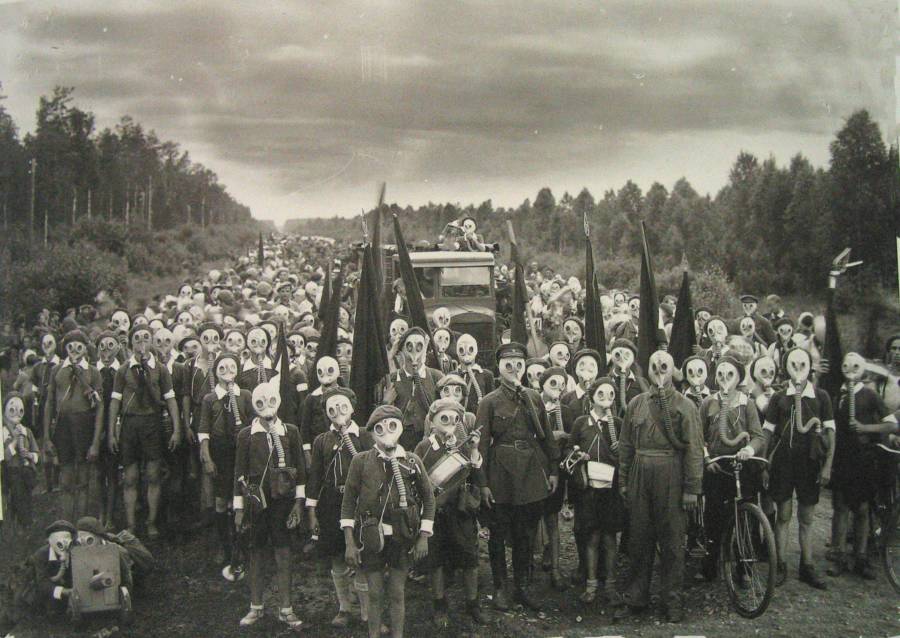 The haunting photo above has, in recent years, taken on a new life thanks to the internet. However, few seem to know the story behind it.

The image shows members of the Young Pioneers youth group in Soviet Russia donning their gas masks during a civil defense drill near Leningrad in 1937. These days, the image appears to depict a people consumed by fear of war. At the time, however, the image was meant to be one of strength, meant to convey the efficiency and preparedness of the youth organization.

The Vladimir Lenin All-Union Pioneer Organization, commonly known as the Young Pioneers, was a youth organization in the Soviet Union that promoted communist ideals of cooperation and hard work.

The organization was formed in 1922, when the Scouts, the larger movement that encompasses the Boy Scouts, was banned from Soviet Russia. They were banned for not supporting the new communist government, but citizens still recognized the good that the Scouts did. In order to fill that gap, the Soviet government created the Young Pioneers in order to teach life skills to young kids while also indoctrinating them into communist ideology. 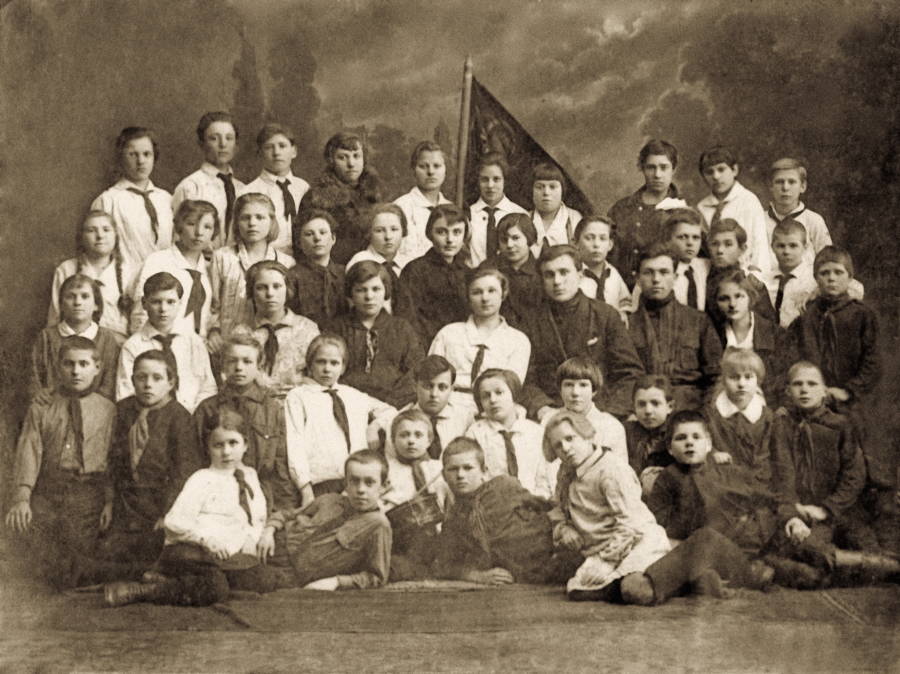 Children between the ages of 10 and 15 joined the Young Pioneers and participated in sports, games, summer camps, and the like. Though membership was hypothetically voluntary, social pressure ensured that almost every child in that age range was a Pioneer. 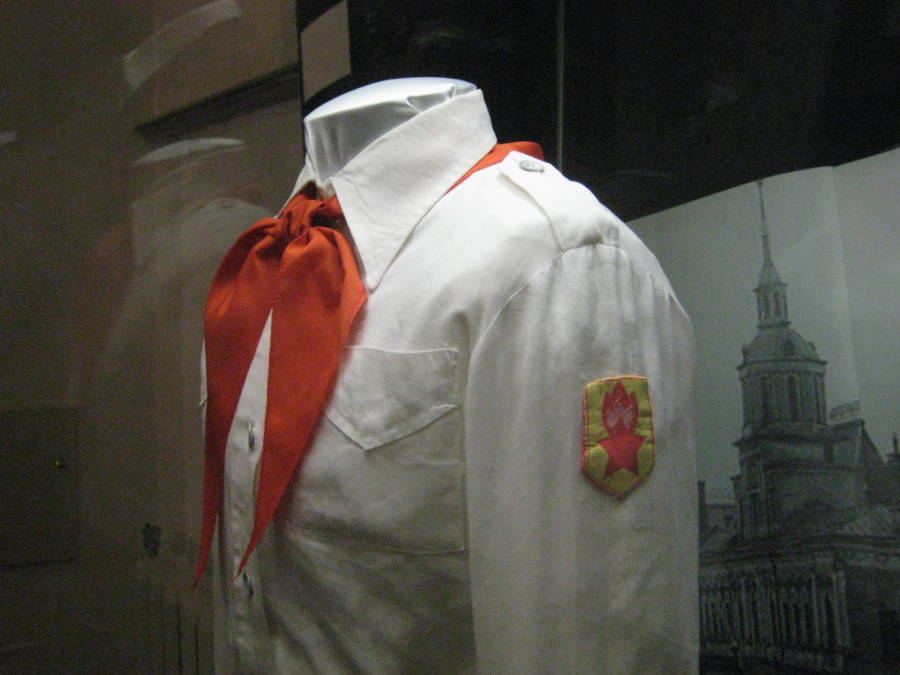 The Soviet Young Pioneers were part of a larger Pioneer movement that sought to foster communist ideology within the youth. This larger Pioneer organization had chapters across the communist world and beyond, including Cuba, China, Mexico, and Finland.

When The Great Patriotic War, as the Soviets refer to World War II, broke out, the Young Pioneers applied the skills that they had learned in their organization in order to aid the war effort.

In the midst of the war, children would play with discarded shells, grenades and clips. One Soviet newspaper article from 1942 quoted a child at a youth summer camp saying, “We practice grenade throwing and play with our pets.”

Another said that she was “mastering the rifle and reading Gogol’s Dead Souls.”

The Young Pioneers also contributed to the war effort by having as many as 5 million members working on state farms to make up for the older men who had gone off to fight. Pioneers were also encouraged to collect items that could be reused for the war effort like paper and scrap metal. Young Pioneers collected 134,000 tons of scrap metal between 1942 and 1944.

Pioneers were also directed to maintain the graves of those who died in the war, many of which were left neglected in the chaos of wartime.

In areas that were occupied by the German army, many Young Pioneers even became involved in resistance movements. Some died fighting German occupation, and four of them were awarded the Gold Star Medal, one of the highest military honors in the Soviet Union and a symbol that marks its wearer as a “Hero of the Soviet Union.” 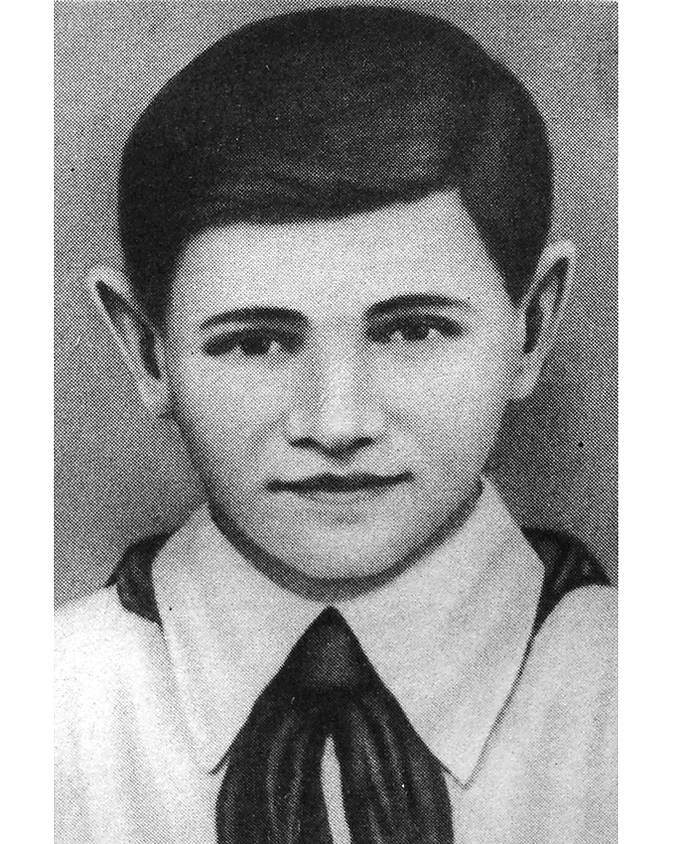 One such Pioneer was Valentin Kotyk, the youngest ever Hero of the Soviet Union. When the Germans occupied Ukraine at the height of World War II, Kotyk, who was only 14 at the time, joined the partisan resistance. He was wounded twice before he was eventually killed in the Battle of Iziaslav. He was honored with the Gold Star Medal and via numerous monuments at Young Pioneer camps across Russia to this day.

These days, the Young Pioneers still exist throughout the world, but they are much less popular than they were at the height of Soviet power. They have heavily reduced their focus on spreading communist ideology, and function much more like a traditional scout group.

But when the Young Pioneers were first formed, it was under unique circumstances complete with unique challenges. And with the beginning of Soviet involvement in World War II, this children’s organization was forced to confront the brutality of war, and many of its members rose to the challenge.

Thus, images like the one at the very top demonstrate that there is no way to fully remove children from the realities of war, and that the decision to go to war will always, ultimately, affect those most vulnerable.

Next, see these candid shots of Soviet youth in the 1960s. Then, check out these haunting Hitler Youth photos.