Inside The Remarkable Life And Shocking Death Of Yukio Mishima

Yukio Mishima was the most famous author in Japan before he descended into political extremism and attempted a failed coup that ended with him committing ritual suicide. 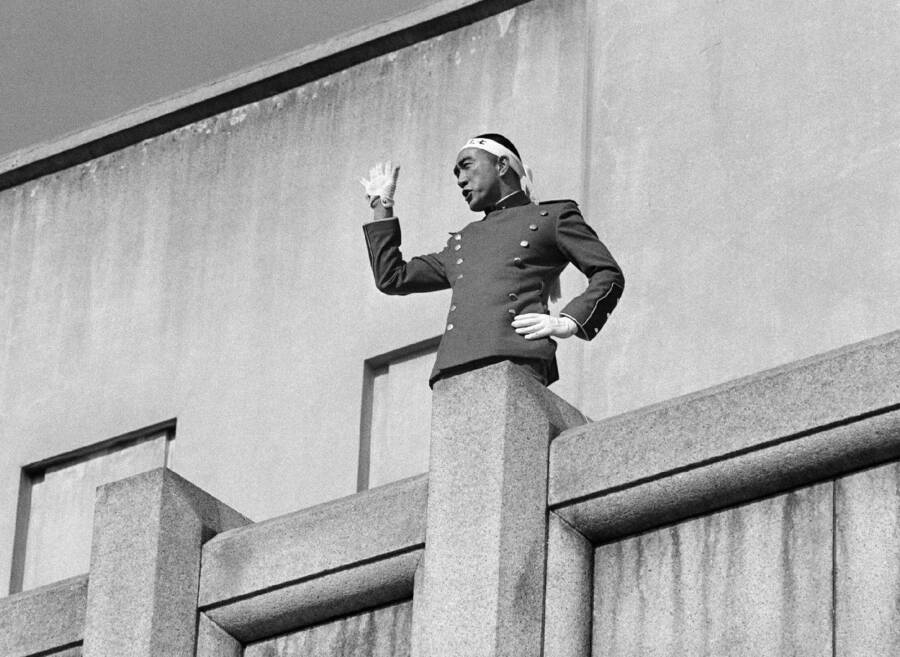 When he awoke on the morning of Nov. 25, 1970, Yukio Mishima was the star of the Japanese literary world — considered by many a likely candidate for the Nobel Prize and an internationally renowned man of letters. But by the end of the day, his literary career — and life — would come to an abrupt end.

Mishima was deeply unhappy with and unsettled by the direction post-war Japan had taken. An arch-conservative nationalist and glorifier of Japan’s militant past, he’d gathered a group of like-minded young men who abhorred socialists, capitalists, and non-traditional society and culture.

November 25 was the day they chose to make their violent stand against 20th-century Japan — and when Mishima committed seppuku. 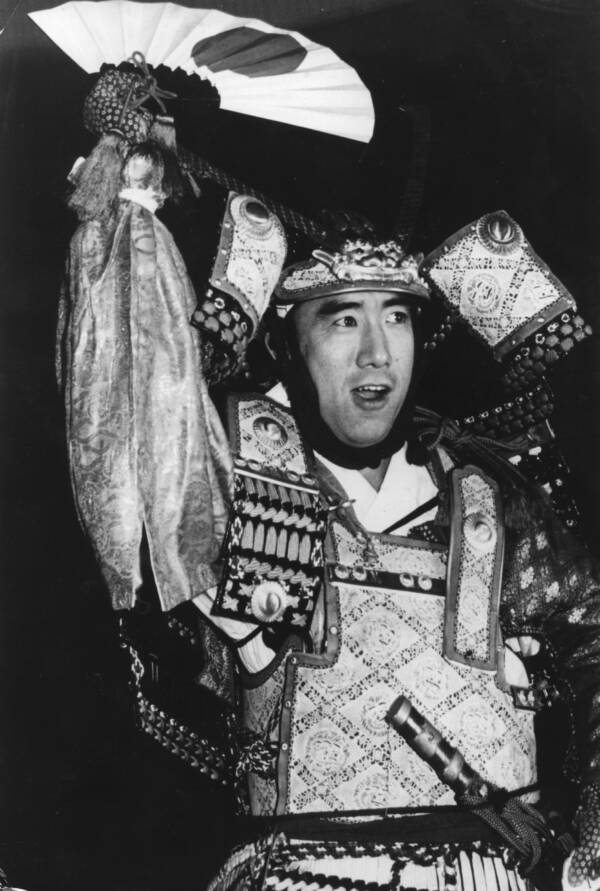 Keystone/Getty ImagesMishima developed a morbid fascination with death and traditionalism from a young age, as well as an appreciation for traditional Japanese culture, literature, and theater.

Born Kimitake Hiraoka in Tokyo in 1925, Mishima spent many of his earliest years with his domineering but caring grandmother Natsuko, who kept him cloistered in her bedroom during the day and allowed him to play only with one or two hand-picked older girls. He was forbidden to play with boys.

She also introduced him to literature and the theater. He began writing in the first grade, producing poems and stories good enough to be read aloud to his class at the Gakushūin, a prestigious school where Japan’s aristocracy was educated.

Mishima was at last allowed to return to his parents at age 12, only to discover that his father was just as harsh as his grandmother. Retreating into a private world with only a few close friends and his stories, he grew up quiet and frail as the Second World War raged.

He later described it as “the only time in my experience when death was a rite and an intoxicating blessing.”

By May 1944, the tide had turned against the Axis powers, and Japan needed every young man it could get into uniform. Mishima, who’d adopted his now-famous pen name two years before, traveled to his ancestral hometown of Shikata for his draft physical. Years of indoor living had left him frail, making him unable to lift a 100-pound rice bag to prove his strength to the examiners.

“I had provided the examining officials with cause for an outbreak of laughter when I could not lift – not even as far as my chest – the bale of rice that the farm boys were easily lifting above their heads ten times.,” he later wrote. He might still have passed, but an army doctor misdiagnosed a cough Mishima had developed as possible tuberculosis, and declared him unfit for service. To a young man raised in the fiercely patriotic Japanese Empire, it was a crushing blow. 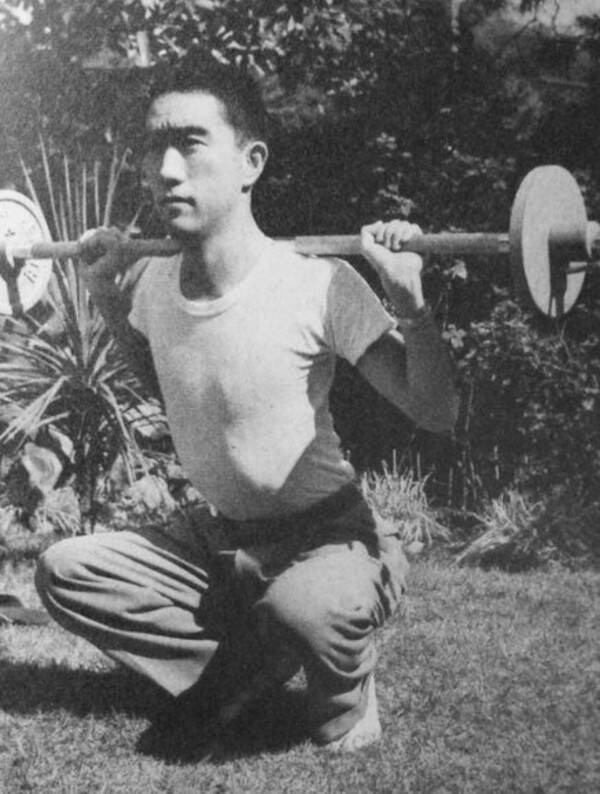 Wikimedia Commons/Asahi GraphMishima developed an obsession with physical health and the body, lifting weights three times a week and taking lessons from master practitioners in karate and kendo, Japanese fencing.

Mishima spent the remainder of the war working a desk job at an aircraft factory after his university class was mobilized for wartime production. Having honed his skills, he won national fame after the war, but he was still tormented by what he described as an “intense physical inferiority complex,” marked by an “extraordinarily pale, unhealthy look, poor motor coordination, and clumsiness.”

Determined to live up to the raw physicality of his literary characters, he took up bodybuilding in September 1955, religiously undertaking three weightlifting sessions a week for the rest of his life.

Until 1960, when hundreds of thousands protested Prime Minister Nobusuke Kishi’s efforts to cement the alliance with the United States, Mishima had kept his political views private — but the protests finally caused him to boil over.

He published a defiantly conservative short story about a young army officer who commits suicide following the real-life coup attempt of Feb. 26, 1936, complete with gruesome, almost loving, descriptions of the officer’s ritual disemboweling.

With this, Yukio Mishima had set himself firmly in the small, but influential, ultraconservative camp in Japanese politics. By Feb. 26, 1968, his views had crystallized. With a group of 11 of his closest students, he signed his birth name in blood on an oath to defend Japan the next time the alliance treaty was to be renewed in 1970.

It read, “We swear in the spirit of true men of Yamato to rise up with sword in hand against any threat to the culture and historical continuity of our Fatherland.”

That fall, his mentor, Yasunari Kawabata, won the Nobel Prize for Literature, and Mishima knew another Japanese author was unlikely to win it again. But it didn’t matter – he’d already decided on a new path. 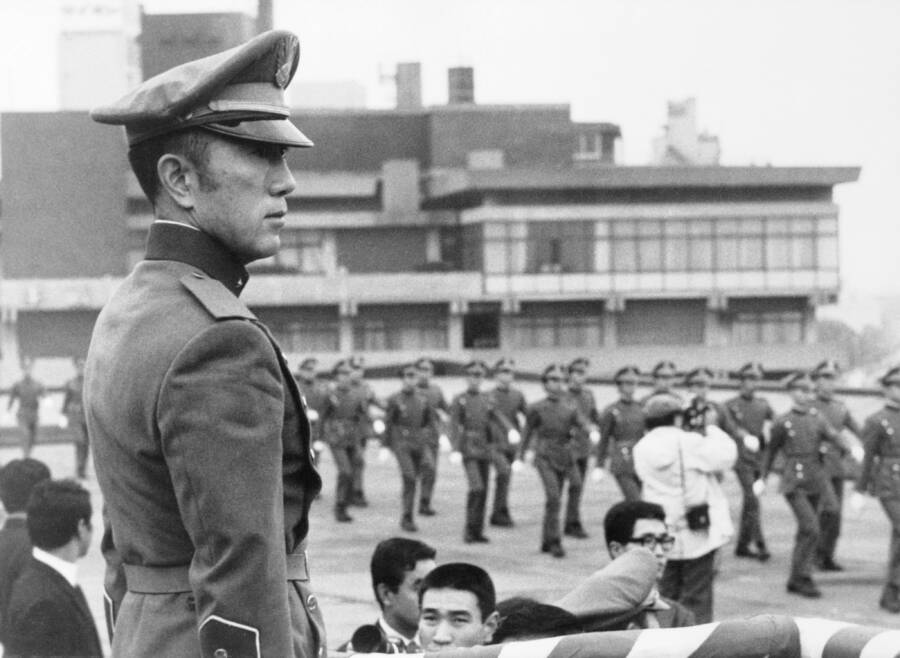 Bettmann/Getty ImagesThe Shield Society, seen here in a parade, dressed in uniforms of their own design and trained rigorously with Japanese soldiers, intent on becoming an official paramilitary force.

Two weeks after signing his oath, Mishima led a group of students through a month of basic training with the Japan Ground Self-Defense Force in what he described as “an experiment in purity.” He’d hoped that these students would form the basis of a “fatherland defense corps,” or “Japan National Guard.”

When it became clear that the military would never sanction this, Mishima instead organized his followers into the Tatenokai, or “Shield Society,” a private militia dedicated to reclaiming Japan’s kokutai, or the national character from which the emperor’s power is said to derive. Mishima’s military and political connections allowed him to send further groups for training with the military.

With a close circle of four Shield Society members and several trusted army officers, Mishima began planning his final act. When the soldiers ruled out his original suggestion to storm the Imperial Palace, he set a new target: the Japan Self-Defense Forces base Camp Ichigaya, in central Tokyo.

Yukio Mishima Tries — And Fails — To Effect A Coup 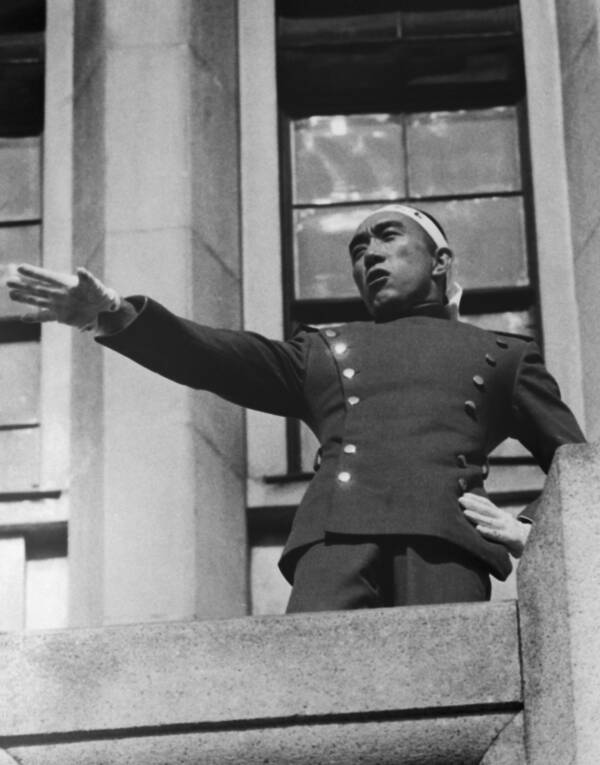 Bettmann/Getty ImagesIn a lengthy speech, Mishima exhorted over 2,000 troops of the Japan Self-Defense Force to join him in re-establishing the emperor’s political supremacy.

The choice was significant for several reasons: As Japan’s military headquarters, it was the most high-profile base in the country and home to its largest garrison. Some 24 years earlier, it had also been the venue for the International Military Tribunal for the Far East, in which dozens of high-ranking Japanese officers and politicians had been tried for war crimes in the Pacific.

By staging his coup there, Mishima hoped to rouse nationalistic fury among the soldiers and make a potent symbol of himself nationwide.

On the morning of November 25, Yukio Mishima sent his final novel to his publisher. He and his four followers, dressed in uniforms of their own design, arrived at Camp Ichigaya for a prearranged meeting with the base commander. Upon entering his office, they attacked the commander’s aids, tied the commander up, and barred the doors, before calling the garrison to the courtyard.

When the troops had assembled, two Shield Society members scattered manifestos among them which exhorted them to “rise with us and, for righteousness and honor, die with us.” Mishima then stepped onto a balcony and declared that in his view, the Japanese constitution was illegitimate. Therefore, he bellowed at them, “all of you are unconstitutional!”

More than 1,000 soldiers, enraged at the attack on their officers, heckled the man in the strange uniform. Mishima could see that he was wasting his time, finally saying, “I can tell you are not rising up for Constitutional reform. I have lost my dream for the Self-Defense Forces. Well then, I will shout ‘Long Live the Emperor.'”

Having done so, he stepped back into the commander’s office, stripped naked, and drove a short sword into his stomach. Masakatsu Morita, one of the Shield Society members, partially decapitated Mishima before a second stepped in to deliver him a mercy blow. Morita then also his own life. And with that, Mishima’s coup attempt was over. 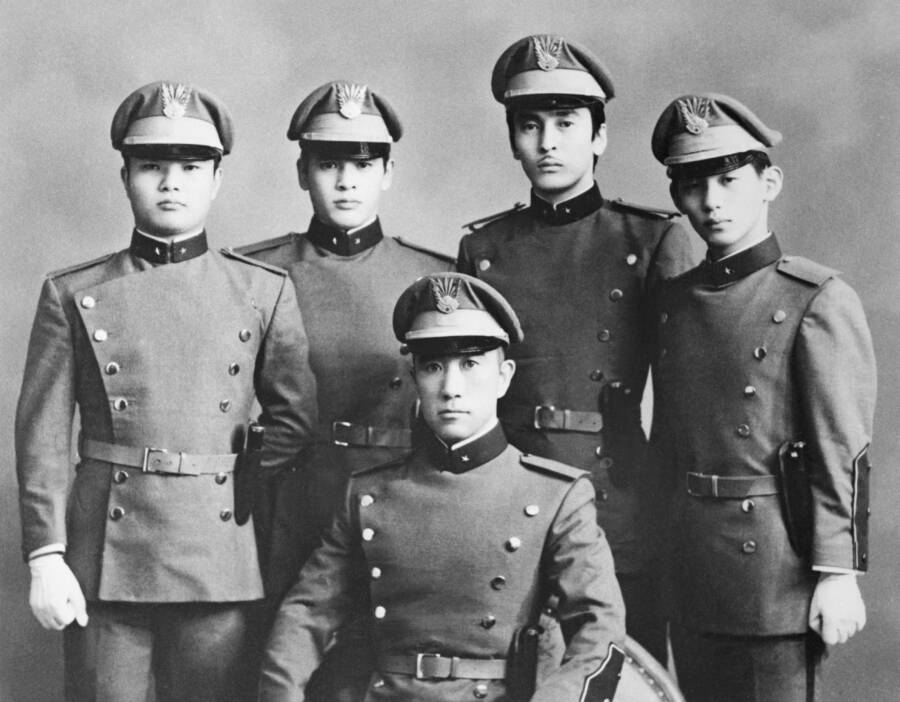 Bettmann/Getty ImagesThe five Shield Society members who carried out the attack on Camp Ichigaya. Originally all five intended to commit suicide. In the end, only Mishima and Masakatsu Morita (far left) went through with it.

Yukio Mishima’s memorial was attended by 280 family members and guests. Over 8,000 came to offer prayers.

The surviving Shield Society members who’d participated in the attack were sentenced to four years in prison. Upon release, two led ordinary lives. One disappeared, and is presumed to be alive. For years afterwards, former Shield Society members and admirers of Mishima held annual remembrances, and monuments to the writer sprang up across the country.

No one is sure why Yukio Mishima carried out his final gruesome act. Some have seen it as an extension of his artistic sensibility, or a narcissistic theatrical act. Others have claimed that he was frustrated due to confusion over his sexual identity.

Complicating matters are his own mercurial personality and remarks. At times in the leadup to his death, he declared that writing was dead to him, and that literature was “impotent. In the end you have to act.” Yet in a letter written two days before he committed suicide, he described finishing his last novel as “nothing more than the end of the world.”

Whatever his reasons, his work remains a major influence in Japanese literature, and his death a stark cautionary tale.

Now that you know the true story of Yukio Mishima’s ill-fated final act, find out more about seppuku, the grisly tradition of samurai suicide. Then, uncover the truth about the Business Plot, the little-known Wall Street-backed plot to overthrow the United States.