Uncovered in the ancient city of Chilca, these bodies were buried with a wealth of funerary offerings, including food, shells, and a variety of musical instruments. 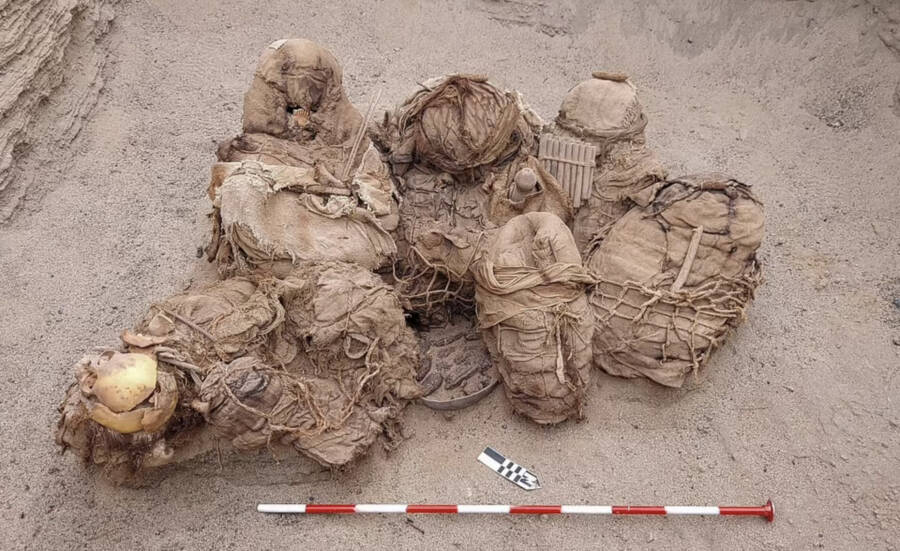 CaliddaThis new discovery is just one of 300 archaeological finds that the Calidda natural gas company has made in the last 16 years.

While working on pipelines near the Peruvian capital of Lima, the natural gas company Calidda recently unearthed eight sets of ancient human remains. This 800-year-old mass grave contains the bodies of both adults and children as well as a wealth of funerary artifacts.

According to The Daily Mail, the remains had been wrapped in plant material prior to their burial, which occurred about 37 miles south of Lima in a city called Chilca, in about 1220 A.D.

Alongside the bodies, researchers found everything from food remains to an assortment of flutes and other musical instruments. Wrapped in brown cloth and threaded rope made from plants, the dead were also laid to rest with numerous plates, shells, and other offerings presumably for use in the afterlife. Meanwhile, some of the bodies were found buried with bags that once held coca leaves, which served as a stimulant when chewed. 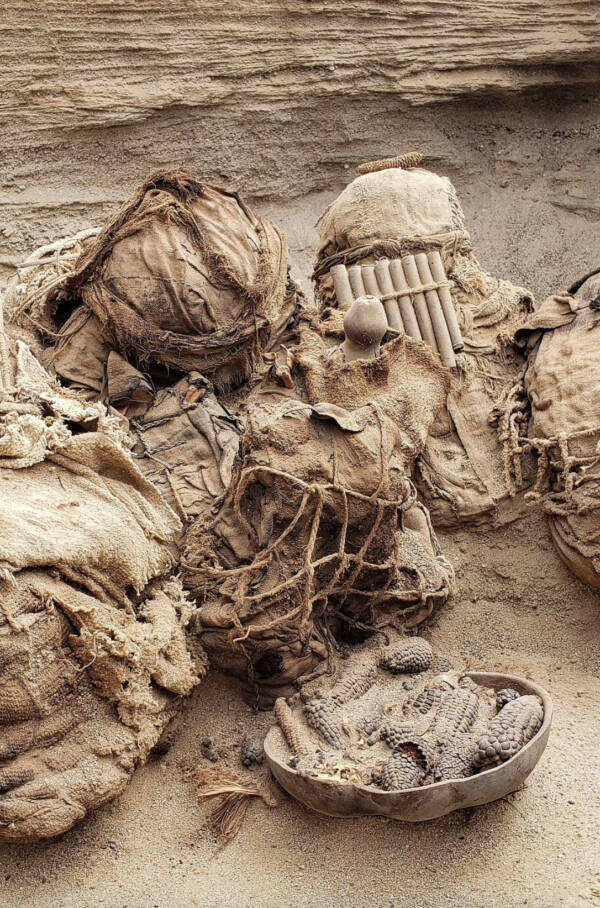 CaliddaThe bodies were buried with various types of corn and musical instruments.

Remarkably, this isn’t the first time a mass grave of this sort has been discovered in Chilca, where workers for the same company found 30 sets of pre-Hispanic remains in 2018.

Hired by Calidda to excavate the most recent remains, archaeologist Cecilia Camargo believes this find, like the last one, will shed invaluable light on pre-Hispanic Chilca. As the town’s namesake, this culture dates back to 7000 B.C., with some unearthed houses going back to 5800 B.C. 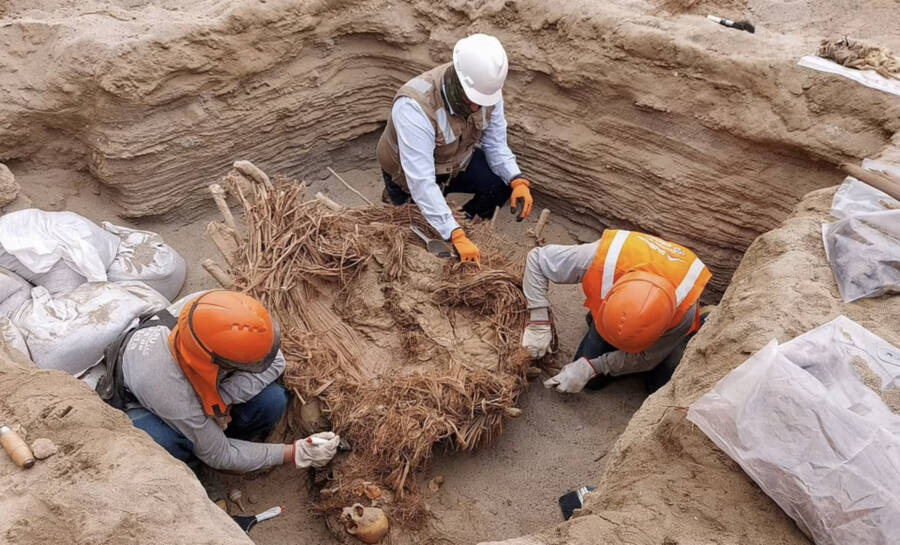 CaliddaSome of the bodies were buried alongside pouches used to hold coca leaves, a traditional stimulant.

Without the Calidda company tearing into historic ground, these discoveries may never have been made. According to AP News, Calidda workers have laid about 6,000 miles of natural gas lines across the wider Lima area for 16 years now and have reported nearly 300 archaeological finds — some of which were 2,000 years old.

Their first Chilca find came in 2016 when workers unearthed the bodies of 19th-century farmers who were part of the first wave of Chinese immigrants to Peru. Two years later, they found the aforementioned 30 skeletal remains across four separate burials.

“Lima literally sits atop a cultural bank,” said Alexis Solis, one of the 40 archaeologists hired by Calidda, in 2020. “The physical difference between the present and antiquity is but a few centimeters.”

While the Peruvian government has long mandated that any archaeological find be immediately reported, not everyone has been as law-abiding. It was only in 2013 that real estate developers ordered workers to destroy a 4,500-year-old pyramid found on the outskirts of Lima, rather than report it to the Ministry of Culture. 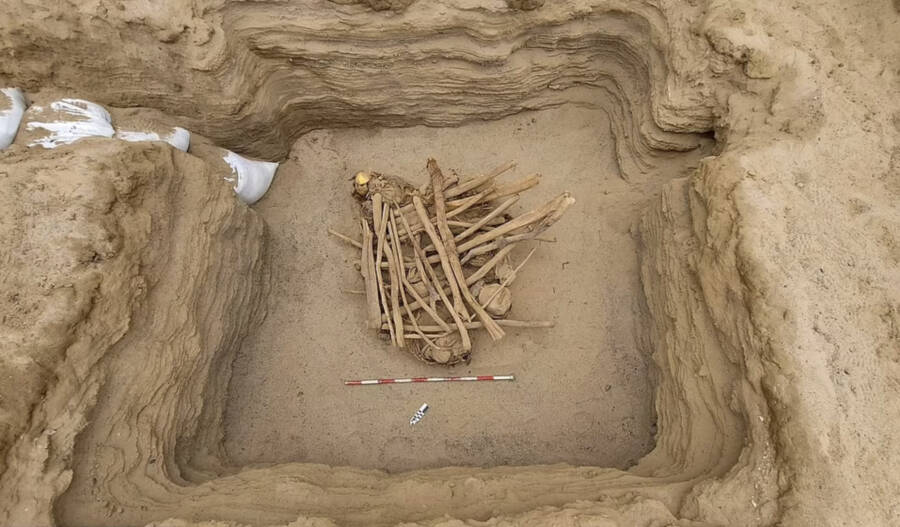 CaliddaThe ancient people of Chilca are believed to have remained isolated from other pre-Hispanic tribes.

The region is indeed a treasure trove for archaeologists and historians, as Peru flourished with countless human civilizations for millennia before the Spanish arrived in the early 1500s. Perhaps most notable of all the discoveries in Chilca is the evidence showing that these people chose to thrive independently from other cultures, including the powerful Incas.

But many questions about this civilization remain. For example, experts don’t know how common it was for food and musical instruments, like the ones found recently, to accompany corpses during burial. Hopefully, however, more discoveries like this one will help further illuminate the past.