The Well of Hell, also called the Well of Barhout, is likely millions of years old and drops 367 feet into the earth. 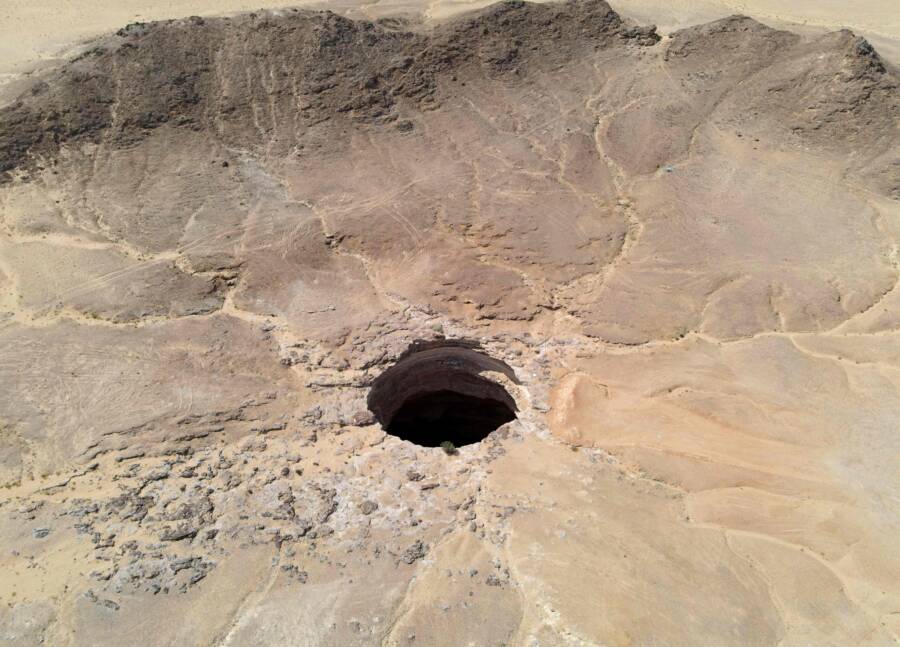 For centuries, it’s terrified locals as a possible prison for jinn, or genies. Now, cave explorers have dropped to the bottom of Yemen’s “Well of Hell” for the first time.

The sinkhole, formally known as the Well of Barhout, gapes out from the desert in the al-Mahra province in eastern Yemen. Its opening stretches 98 feet in diameter, and the cave plunges 367 feet into the earth. Possibly millions of years old, the Well of Hell has long menaced locals who believe it can cause bad luck or even drag people inside.

But for the team of 10 cave explorers from the Omani Caves Exploration Team (OCET), it was well worth the risk to see what lay in its depths.

“Passion drove us to do this,” said Mohammed al-Kindi, a geology professor at the German University of Technology in Oman and a member of the cave diving team. “And we felt that this is something that will reveal a new wonder and part of Yemeni history.”

As two members of OCET waited at the surface, al-Kindi and seven others slowly lowered themselves deep into the Well of Hell. 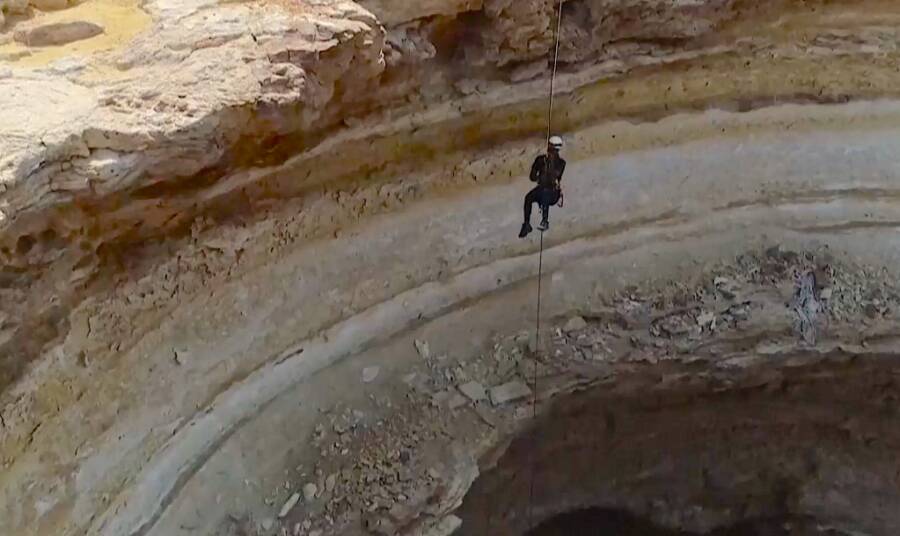 Twitter/AFPOne of the eight cave explorers lowering down into the Well of Hell.

They landed on rough, bumpy ground made of towering stalagmites, some as tall as 30 feet. As light poured in from above, the cave explorers could make out lime green cave pearls — round rock-like objects made from the build-up of minerals — and waterfalls that fell from 150 feet in the air.

The explorers did not find any jinn, however. But they did find several animals — both living and dead.

“There were snakes, but they won’t bother you unless you bother them,” al-Kindi said.

He and his team also came across frogs and beetles and a number of dead birds. They suspect that the birds fell into the Well of Hell and died there.

The dead birds, al-Kindi noted, did “create some bad odors, but there was no overwhelming bad smell.”

That’s significant, as locals have reported bad smells coming from the Well of Hell before. Many took it as a sign of the sinkhole’s evil nature. 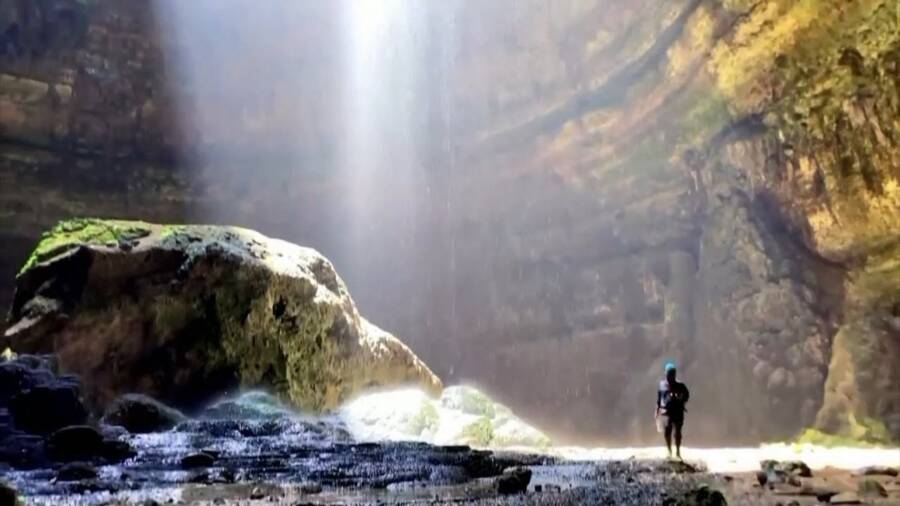 YouTubeThough this sinkhole has a dark reputation, it’s reportedly strikingly beautiful on the inside.

Though the OCET team is the first to reach the sinkhole’s bottom, other cave explorers have previously examined the Well of Hell.

Salah Babhair, director-general of Mahra’s geological survey and mineral resources authority, explained that other teams have previously dropped 50-60 meters (about 160 to 190 feet) into the sinkhole.

“We noticed strange things inside. We also smelled something strange,” Babhair said, noting that the cave was likely millions of years old. “It’s a mysterious situation.”

Indeed, despite the most recent dive, some mysteries do remain about the Well of Hell. No one is entirely sure when or how it formed in the first place.

But it’s challenging to know what exactly caused the Well of Hell sinkhole to form. “Unless it occurs when people live at the site and record the event, then it’s almost impossible [to know],” explained Philip van Beynen, a sinkhole expert at the University of South Florida.

The exploration team collected samples of water, rocks, soil, and dead animals that they plan to analyze to learn more about the cave.

As for reports that the sinkhole is evil? Al-Kindi shrugs that off. “All we saw was pure freshwater down there,” he said. “We even drank an entire bottle, and nothing happened to us!”

The team plans to release a public report in the coming weeks. For now, the Well of Hell remains as one of Earth’s oddities — perhaps not evil, but a reminder of how little we know about the world we inhabit.

After reading about the Well of Hell in Yemen, learn about Son Doong Cave, the largest cave in the world. Or, discover the story behind the Darvaza Gas Crater, the “Door to Hell” in Turkmenistan.