Despite protests including a petition containing 11 million signatures, China’s Yulin festival will see about 10,000 dogs and cats killed over the next ten days so that they can be eaten.

Each year, the city of Yulin in China’s southern Guangxi region celebrates this enormously controversial event. “It’s been a tradition for years for us to celebrate the festival. We can’t change it simply because they (animal lovers) love dogs,” a local resident told The Associated Press.

Indeed, eating dog meat, whether at the Yulin festival or not, is a centuries old tradition in China, where an estimated 10 to 20 million dogs are killed every year for human consumption. 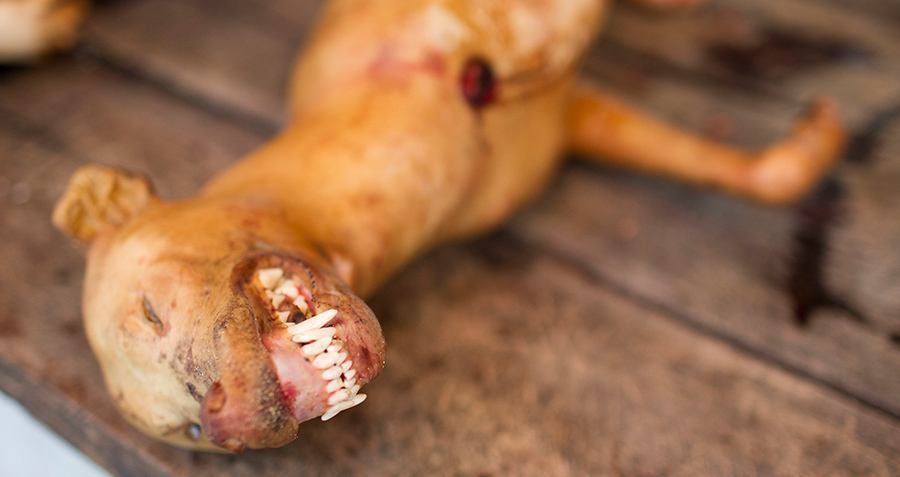 Naturally, these traditions and the Yulin festival in particular have long engendered criticism. Local activists have been protesting and even buying back dogs set to be slaughtered while activists at the national level have sought to pass laws that would end or curtail these practices: As of now, a proposed animal cruelty law sits with China’s legislature.

Even beyond China’s borders, the Yulin festival and its associated traditions have stirred up controversy. The Humane Society International has sent activists to the festival, while actors like Matt Damon and Joaquin Phoenix released a damning public service announcement on the matter.

That announcement focuses on some of the Yulin festival’s especially grisly aspects, including the fact that many of the dogs — many of them stolen, caged, and starved on their way to Yulin — are killed by methods like beating and burning because some Chinese people believe that the meat of a dog that was tortured to death tastes better.

Opponents’ efforts may just be working.

In recent years, Yulin’s local government has limited the size of the festival by shuttering some slaughter houses and markets, and has forbidden its own employees from attending. “The so-called dog-meat eating festival has never been officially recognized by government or by any regulations or laws,” said one city government official.

In addition, the Humane Society International, which saved 20 dogs just days before the Yulin festival, found that “activists on the ground reported fewer dogs killed and less visible dog meat eating than in years past” and that “dog meat restaurants have been forced to take the festival indoors and large-scale open air dog-meat consumption is no longer seen.” 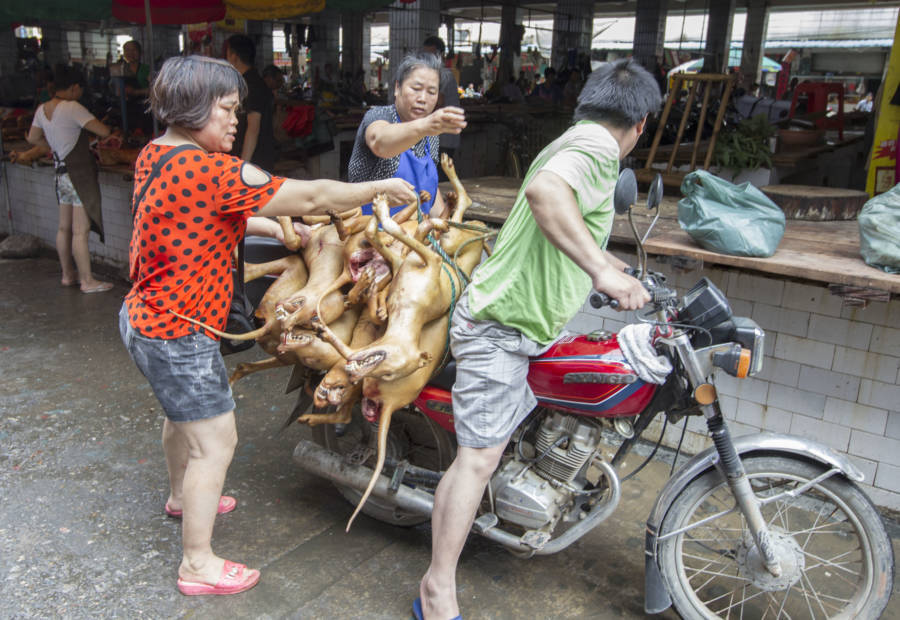 Despite these trends, many people — both local Yulin festival attendees and international journalists — remain supportive of the festival or at least attack what they claim to be the hypocrisy of those who criticize it.

Last year, for example, The Guardian ran a piece stating that Westerners, who kill and eat farm animals in enormous numbers, can’t fairly criticize this Chinese tradition, writing that “the double standards at play here are numerous, complicated, and not always obvious” and that “vegans are the only group who can oppose the festival without any fear of hypocrisy.”

And from the perspective of the festival attendees on the ground, one man said, referring to the protesters, “We eat dog meat to celebrate the festival, but since they’ve come here, they’ve ruined our mood completely.” 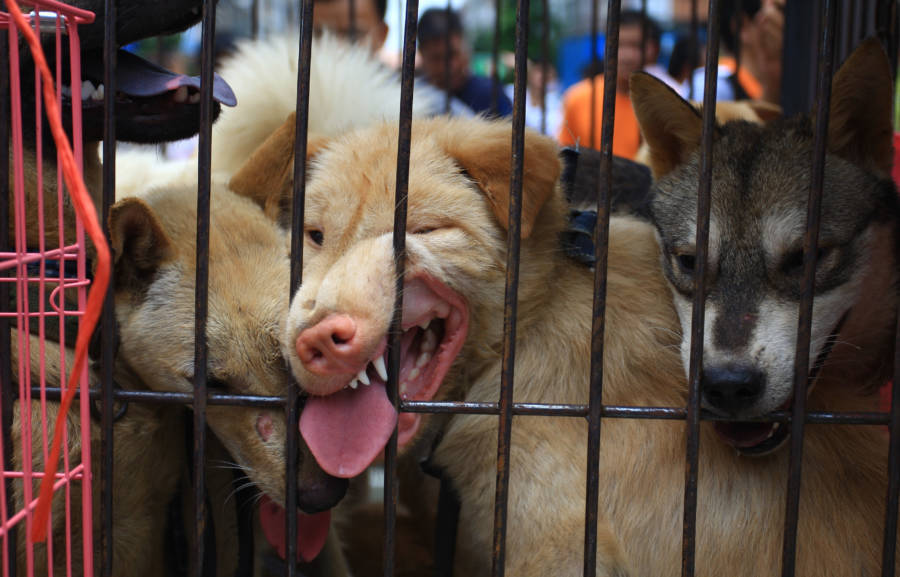 Of course, while Yulin festival attendees like him strongly defend the tradition, the Chinese population at large does not.

In fact, a poll by the Xinhua state news agency revealed, as reported by the BBC, that 64 percent of Chinese people (ages 16 to 50) would “support a permanent end to the festival,” while 51.7 percent (including Yulin residents) “wanted the dog meat trade banned completely,” and 69.5 percent claimed that they’ve never eaten dog meat.

Next, check out seven of the most taboo and bizarre cultural practices from around the world that are still carried out today, plus four incredibly bizarre festivals across the globe.