"When you come see us on Christmas Eve will you please bring us some little toy ducks and chickens for a present, also a canvas stocking like you brought us last year." 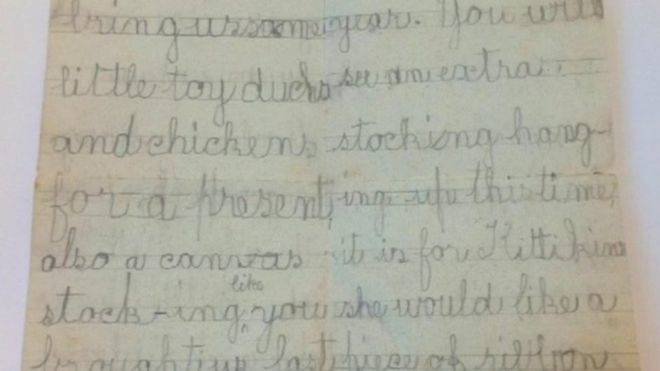 A letter that dates back an impressive 120 years was recently discovered in England.

The letter was written by a Victorian girl and is dated Dec. 2, 1898, according to the BBC.

That little girl is identified as five-year-old Marjorie from Eastbourne, a small resort town on the southeast coast of England — just about 80 miles south of London.

In the letter, Marjorie asked for a number of presents from Santa. Items on her wishlist included a piece of ribbon and a ball for her cat, KittyKins, toy ducks and chickens, and a canvas stocking.

The letter is currently on display at the Whirligig Toys shop on Sun Street in Canterbury.

The letter was found inside a book that was donated to an Oxfam charity thrift store in Eastbourne in 1999. Whirligig Toys shop assistant Lily Birchall says that her father is the one that made the initial letter discovery. 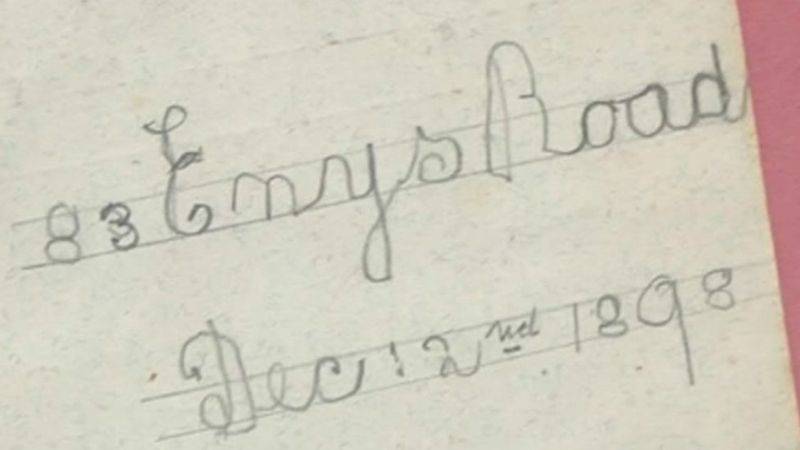 BBCThe date of the letter, written by five-year-old Marjorie in 1898.

Marjorie’s full letter, according to Whirligig Toys, reads as follows:

“When you come to see us on Christmas Eve will you please bring us some little toy ducks and chickens for a present, also a canvas stocking like you brought us last year. You will see an extra stocking hanging up this time, it is for KittyKins she would like a piece of ribbon and a ball in hers.

“With love and kisses from us both

Birchall knew that when her father told her about the discovery that she wanted to incorporate the letter into the toy store’s Christmas display.

“When I was asked to design and create a Christmas window display, I knew exactly what I wanted to do – a traditional post office sorting room, incorporating this gorgeous letter,” said Birchall. “We have even made a post box inside the shop so children can post their own letters to Santa.” 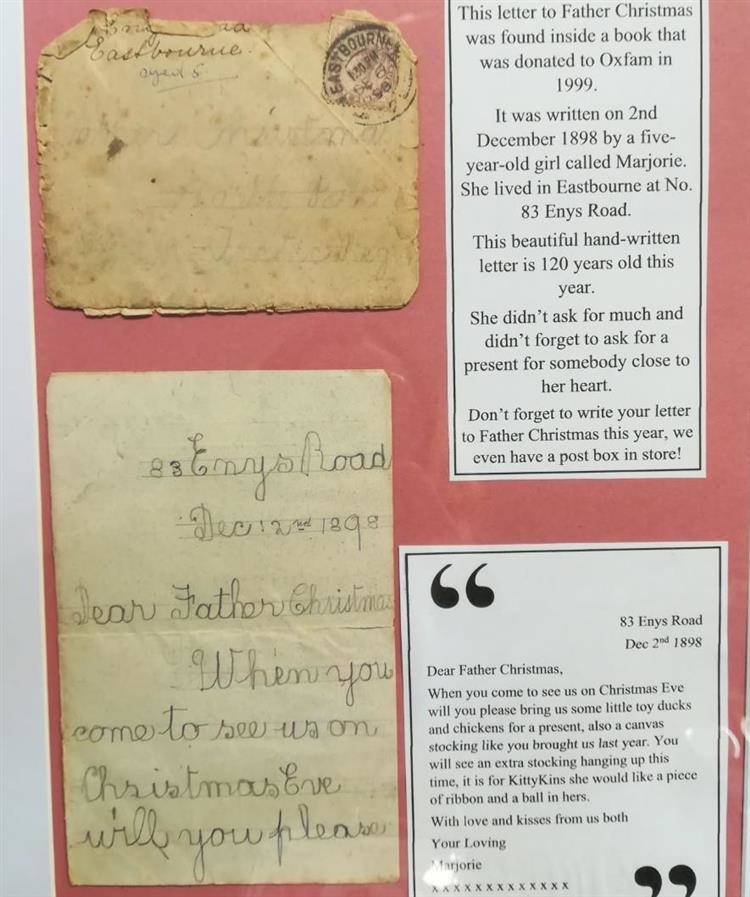 Kent OnlineThe letter on display at the toy store in Canterbury.

Writing letters to Santa has been a Christmas tradition for a number of generations. But some of the earliest communications with Santa weren’t to him, but rather from him.

Santa Claus was actually once viewed as more of a disciplinary figure than an amicable old man in the early 19th century. Parents would write letters to their kids addressed from Santa, where they would go over the kind’s behavior over the past year.

Sometime in the mid-19th century, this tradition shifted, and in 1879, cartoonist Thomas Nast created the first known image of someone using the U.S. mail system to write to Santa Claus, published in Harper’s Weekly.

Now, of course, post offices around the world receive hundreds upon thousands of letters to Santa. This 120-year-old example of one such letter proves that the tradition for children was alive and well even over a century ago.

“It’s so innocent and it’s what Christmas really should be about, small gifts and the real sense of magic and believing,” said Birchall.

Next, check out this story about a Florida Grinch that screamed “Santa isn’t real!” at kids during a holiday festival. Then, take a look at these 15 bizarre Santa Claus legends from around the world.