From Santa Claus to Krampus, and everything in between, there are dozens of different Santa legends found around the world.

Santa Claus is, of course, probably the most famous on this list. Hailing from the North Pole and riding in on a sleigh pulled by eight reindeer (nine if you're counting Rudolph,) Santa brings presents to kids on Christmas Eve, by shimmying down the chimney and depositing them under a Christmas tree. Wikimedia Commons 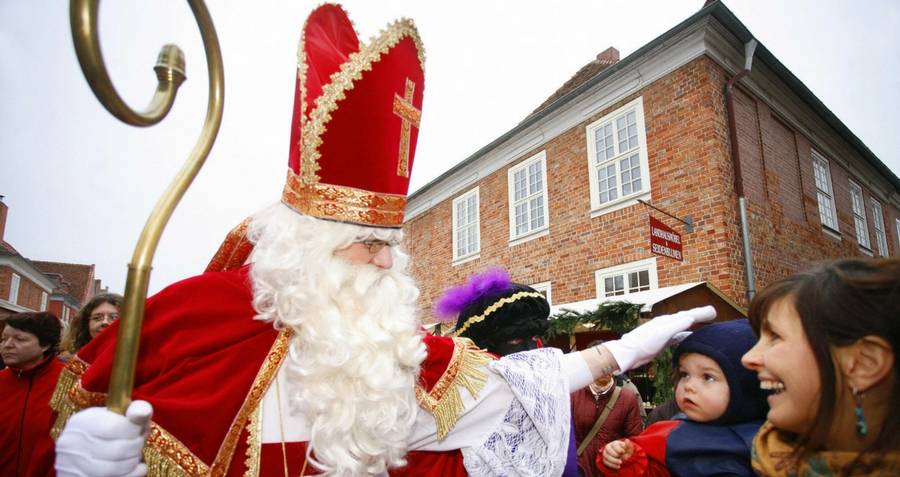 Sinterklaas is Dutch legend, based on St. Nicholas. On the Feast of St. Nicholas, Dec. 6, Sinterklaas – a bishop wearing a red cape – rides into town on a white horse and takes notes on which children have been naughty or nice in his big red book. Getty Images

Zwarte Piet, or Black Peter, is the (highly controversial) assistant to Sinterklaas. Depicted as a small man wearing blackface and traditional Moorish dresses, he assists Sinterklaas by handing out candy to children who have been good throughout the year, and spanking naughty children with a broomstick. Wikimedia Commons

Father Christmas was the earliest personificaton of Christmas. Dating back to the 15th century, Father Christmas has been bringing joy to all humans, not just children, mostly through throwing giant feasts.

The Yule Goat is Father Christmas's version of a reindeer. The legend of the goat began in ancient Slavic times, when Yule festivals were thrown to please the gods of fertilty and good harvest. Often, the goats would carry in offerings of straw and grain. Now, they are often depicted carrying Father Christmas. 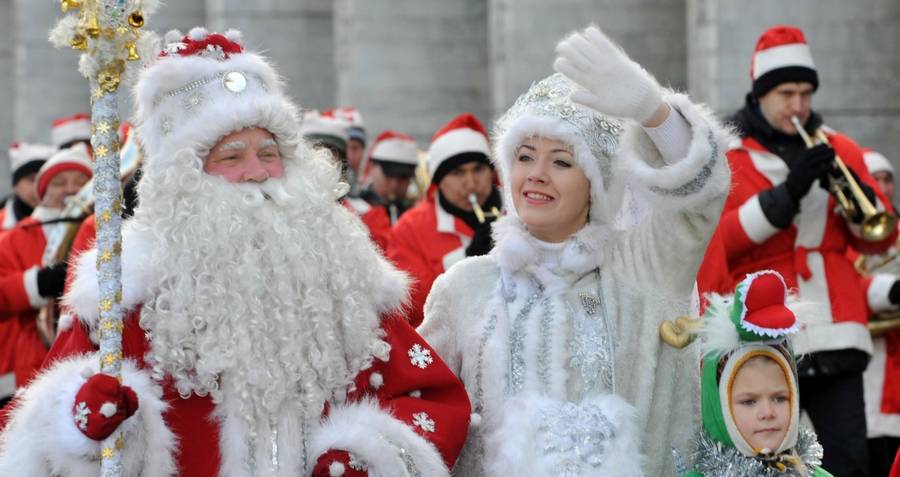 Ded Moroz, or "Grandfather Frost" is the Russian holiday legend. Accompanied by his helper, Snegurochka, or the "Snow Maiden," Ded Moroz often delivers presents to children in person on New Year's Eve. He and Snegurochka is rumored to live in the far Russian north, and ride a troika – a horse drawn carriage – down through the snow to the villages. Getty Images

Mikulas is an Eastern European legend, often depicted in a similar way as St. Nicholas and Sinterklaas. Like the two of them, Mikulas arrives early on in December, and distributes sweet treats to good children. Bad children often receive wooden spoons or potatoes. Wikimedia Commons

Pere Noel is the figure that visits French children during the holidays. Children often leave their shoes out by the fireplace, filled with carrots for Pere Noel's donkey Gui. Then, Pere Noel comes and leaves small presents in their place. Like Santa Claus, he is rumored to live in the North Pole, and travel with a team of reindeer. Wikimedia Commons 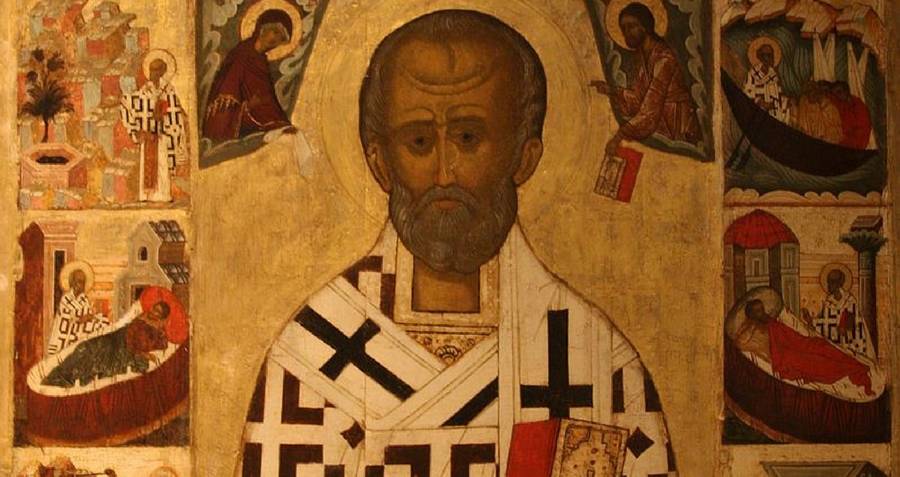 St. Nicholas is the only one on this list that actually existed, though surprisingly didn't originally have anything to do with Christmas. St. Nicholas was a historic Christian saint and Greek bishop, who became the patron saint of children. Legend has it that he had a habit of secret gift-giving, which led to the legend of Sinterklaas, and later Santa. Wikimedia Commons 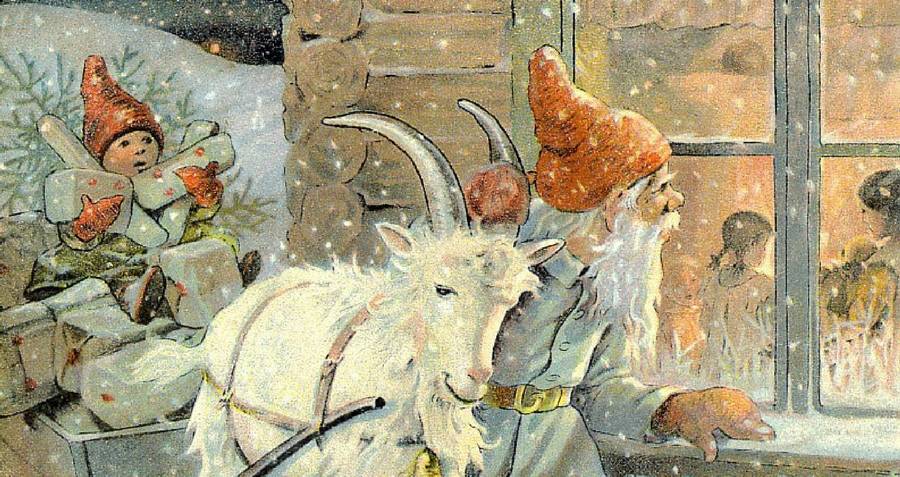 Tomte, also known as Nisse, are legendary Scandinavian gnomes that appeared during the Christmas season. Occasionally in the company of the Yule Goat, the tomte go door to door on Christmas Eve and offer presents to the children inside. Wikimedia Commons

La Befana is a old woman who delivers gifts to the children of Italy on Epiphany Eve. Following Christmas, the feast of Epiphany falls on Jan. 5, after the new year. On the eve of the feast, children hang their socks and La Bafana comes around and fills them with candy. Legend has it she also sweeps the floor, to symbolize sweeping away the problems of the previous year. Getty Images

Christkind, also known as Christkindl, is the traditional gift bringer of the holiday season in parts of Eastern Europe and Latin America. Resembling a small, cherubic child with blonde hair and angelic wings, Christkind is extremely elusive, and children are told it will not come if they try to spot it. Its departure is often signaled by a bell, which parents secretly ring to let children know they can start opening presents.Wikimedia Commons

Olentzero is a character in Basque legend, who brings gifts around the holidays. He is often depicted as an old man with a pipe, and farmer's attire. Legend has it he was one of the mythical race of giants who once lived in the Pyrenees Mountains, and that he still lives up there, watching children all year long to make sure they behave. Wikimedia Commons 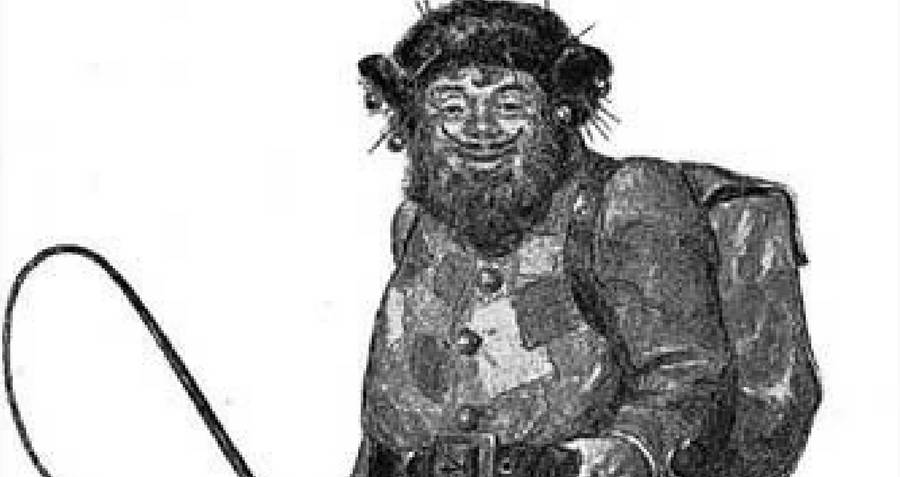 Belsnickel is one of the scarier legends, stemming from German and Pennsylvania Dutch folklore. Said to look like an old fur-trader, wearing a mask and having a long tongue, he carries a long stick with which to beat naughty children, as well as pockets full of sweets for those that were nice. Getty Images 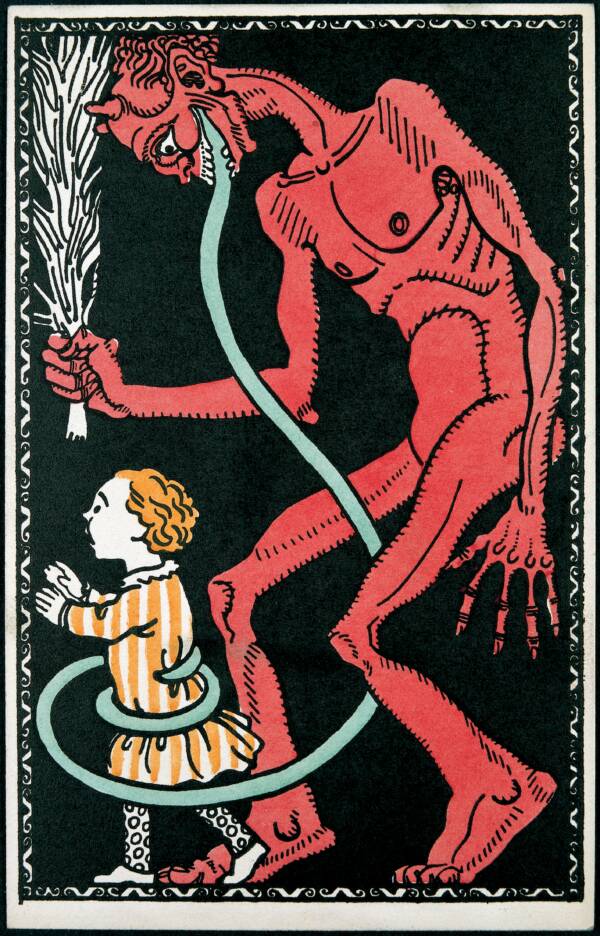 Krampus is by far the scariest of the legends. Popular in Eastern European lore, Krampus is described as being half goat, half demon, with giant curled horns on his head, and a long tongue. He follows St. Nicholas around berating naughty children, and drinking schnapps, a customary offering for him. Wikimedia Commons

Christmas comes but once a year... but exactly how many different figures besides Santa Claus are responsible for bringing Christmas cheer to kids around the world?

Though Santa Claus and his eight reindeer shimmy down chimnies across America on Christmas Eve, he's hardly the only mythical being who comes by around the holidays.

In Europe, there are countless Santa-like figures, such as St. Nicholas, Sinterklaas, and Joulupukki, who have a big white beard and a jolly laugh. There are also variations of Santa's little helpers as well. While the U.S. Santa has elves, Sinterklaas has Black Peter. Father Christmas, a favorite in Europe shows up on a Yule Goat, similarly to how Santa's reindeer guide his sleigh.

Then, there are legends that are a little scarier, such as Krampus, who follows St. Nicholas around and punishes children who have misbehaved.

Some of the legends aren't necessarily Christmas specific, like La Befana, who shows up at the Feast of Epiphany to fill children's socks with candy.

Regardless of which legend you buy into or indulge your children in each year, one thing is for sure – people around the world seem to be super okay with home invasions around the holidays as long as gifts are involved.

Next, read more about Krampus, the anti-Santa Claus. Then, check out how Santa's face has changed over time.