The film was produced to encourage retailers to market to black people.

During the 1950s, the Civil Rights movement was starting to gain momentum in the United States. Segregation in schools had been declared unconstitutional, many black people moved to cities to take higher paying jobs, and more Americans were realizing that blacks were deserving of equal rights.

One of the effects of the Civil Rights movement’s successes was an increase in the income of the black population. However, companies run by white executives typically ignored blacks when it came to their marketing strategies (as dramatized in this scene from the fictional TV series Mad Men). To rectify this, Johnson Publishing, which is the publisher of Ebony magazine and was founded by John H. Johnson — a black businessman — produced the following public service announcement of sorts geared toward retailers. Here’s an excerpt:

Titled “The Secret Of Selling To The Negro,” the 22-minute infomercial (which can be viewed in its entirety at the end of this article) outlines the way that black customers supposedly shopped so as to help retails stores better understand how to sell to them. It was meant to encourage them to promote their products in black media, as well as ensure them that it would be a worthwhile investment.

The film offers up data on the black people’s income, credit scores, and home purchases relative to whites in an effort to show their purchasing power. The takeaway is that (allegedly) selling to “the negro” is vastly different than selling to a white person. As such, the film describes three “negro buying habits,” which make black people seem like alien entities.

The first: buying by brand. “They ask for products by name,” the narrator says. “They’re quick to turn down anything off-brand.”

The second: good quality products — only to impress other people. “This woman is buying fine crystalware,” the narrator says. “But she is also buying the admiration of her friends and relatives.”

The third: respect the customers wishes — they will be angry if you don’t. The narrator says that when a customer asks for something specific, the seller should give it to them. That would all be well and good if the case for it wasn’t so bad. The narrator mentions that the customer will be angry and resentful if offered something they don’t want. As if that is somehow unique only to black people.

It could be argued that the film does as much to promote racism as it does to remedy it. As much as it’s inclusive, it’s isolating as well. 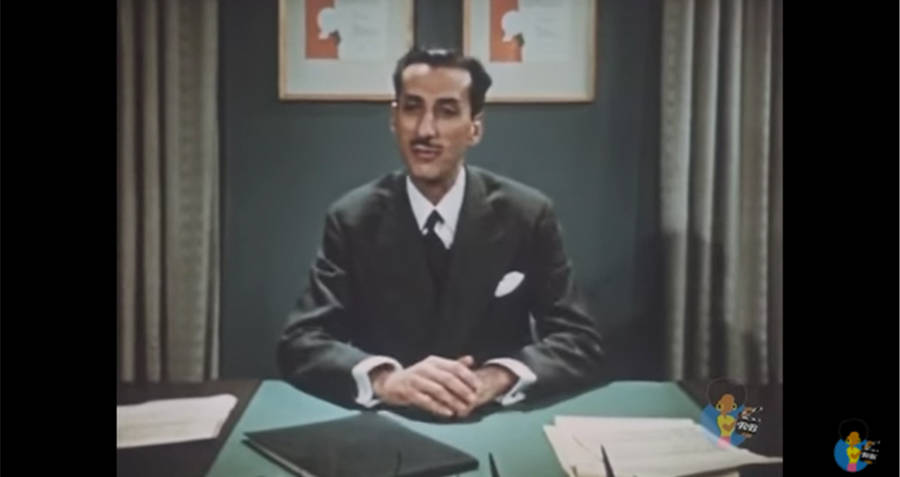 Perhaps most obvious problem was the lack of input from actual black people. There were actors of color, but none of them spoke to the camera. The most prominently feature person is then-U.S. Commerce Secretary Sinclair Weeks. Additionally, the film was narrated entirely by a middle aged white man who looks like Walt Disney.

Enjoyed this? Check out these photos depicting African Americans in the Great Depression. Then, take a look at these photos of segregation in America.