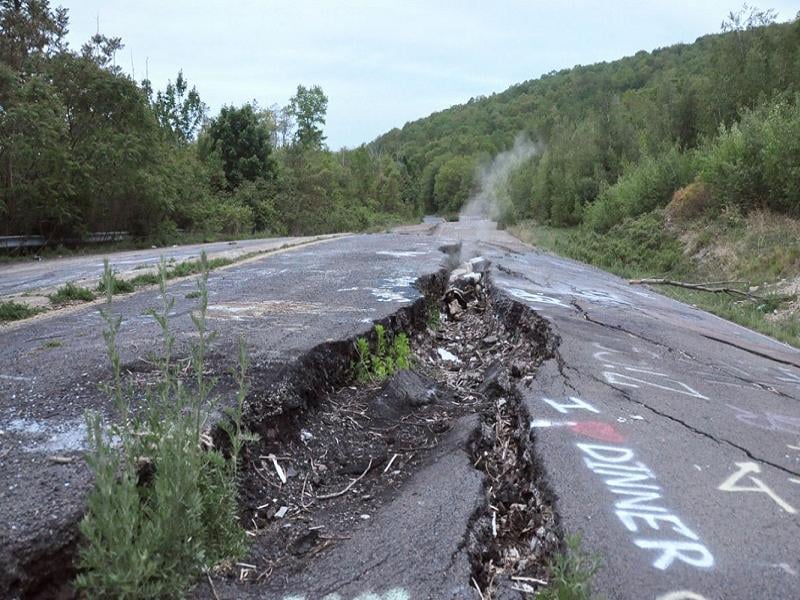 The world is full of exciting and exotic vacation getaways. Big skies, vast expanses, and vistas that will take your breath away if you’re ever lucky enough to see them firsthand. And then there are places you’d sell your watch to get out of. Some areas on Earth are so awful, so inhospitable to human life, that you’d swear they’re the result of a half-finished effort at terraforming by alien life forms. Some of the places on this list have been awful since the beginning of time, while others started out okay only to be ruined by human activity over the years. Whatever the reason, here are three places you’d have to be crazy to visit. 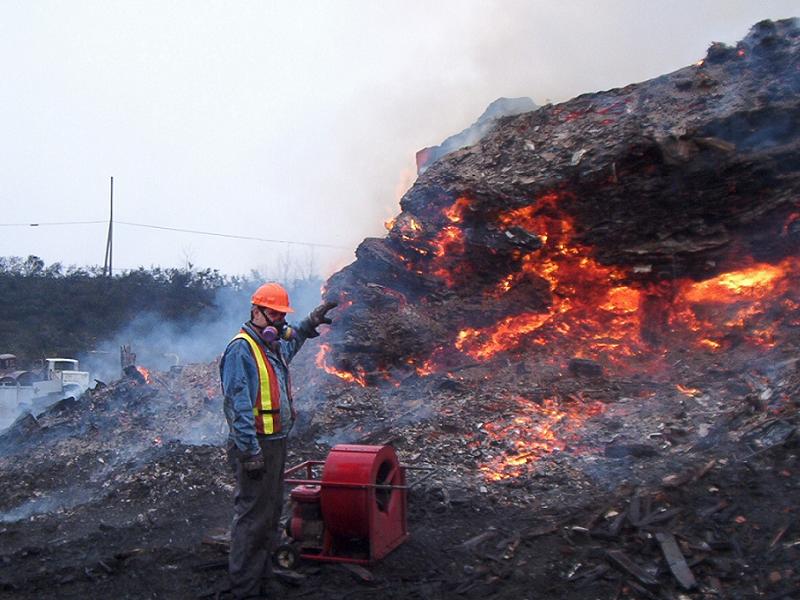 Three bedrooms, two-and-a-half baths—wait, two baths. One and a half… Source: Sopianae

You know how some real estate is so cheap, you jokingly ask the realtor if it’s on fire? In Centralia, Pennsylvania, the answer to that question is invariably “yes.”

Centralia began as just another coal-mining town in eastern Pennsylvania. Anthracite coal mining began there in the 1850s, and rapidly fueled the town’s growth to almost 3,000 residents, virtually all of whom were in the coal business. By the end of the 19th century, Centralia was the site of at least five separate coal mines, each of them gradually honeycombing the ground beneath the township. Apart from the town’s founder, Alexander Rea, being ambushed and murdered by Molly Maguires in 1868, nothing much ever seemed to happen in Centralia. 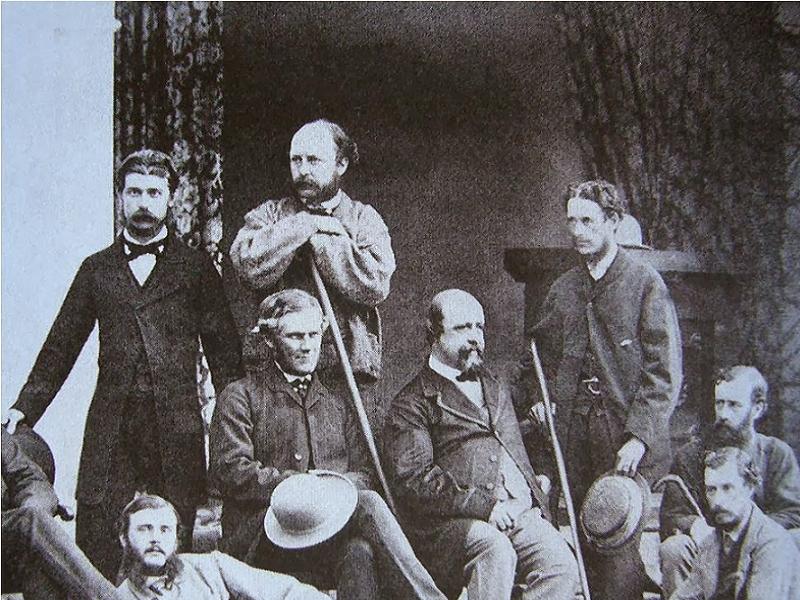 “Pardon us—we’d like to discuss getting a dental plan.”

During the Depression, local mining companies scaled back their operations and closed some of their less productive shafts. Unfortunately, they forgot to lock the doors, leaving unemployed locals free to enter the mines and poach coal for black market sale. Even more unfortunately, without the infrastructure needed to extract fresh coal, these poachers more or less had to dig the coal out from the support columns that were, you know, holding up the roof.

The collapses that inevitably followed left large cracks in the surface and exposed the mines to anything that might fall in from the outside world. Remember that; it’s going to be important in a moment.

In 1962, as part of the town’s spring cleaning, Centralia hired five volunteer firefighters to help out with the trash that had been piling up near a local cemetery. The firefighters, as is their wont, dealt with the trash by setting fire to it. After a few hours’ burn time, the fire was “extinguished,” and everybody went home. “Extinguished” is in quotation marks here, because apparently some of the burning garbage managed to fall through a crack in the ground and make contact with an open coal seam. 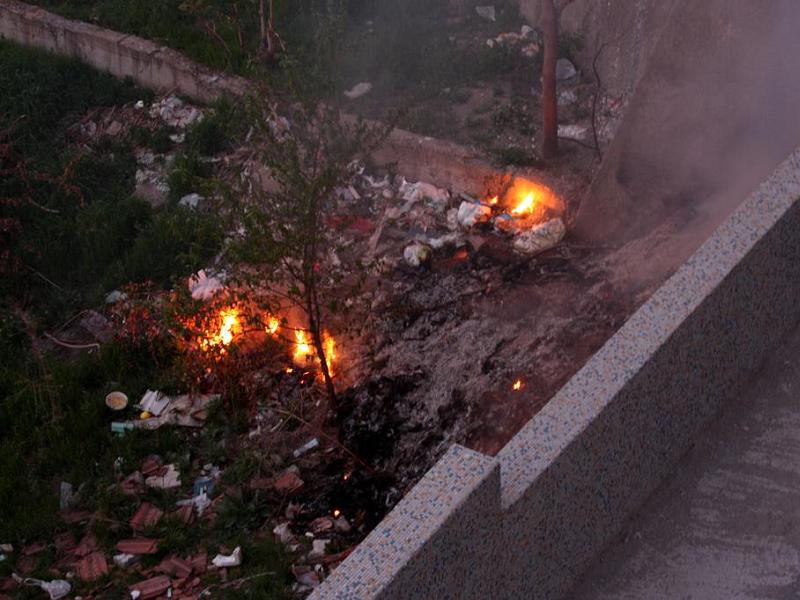 Underground coal fires have a way of smoldering for a really long time before anyone notices. The first warning anybody had that Centralia was doomed came in 1979, when a local gas station owner noticed his tanks—filled with explosive gasoline, mind you—had risen to 172 degrees Fahrenheit. A short time later, a 12-year-old local boy was nearly killed when a 150-foot-wide sinkhole opened in his back yard. On inspection, it was discovered that the smoke billowing out from the hole contained lethal concentrations of carbon monoxide. When the extent of the problem became known, the town had to be evacuated. Today, Centralia has a permanent population of ten people, clouds of toxic gas escaping from sinkholes, and a balanced annual budget. 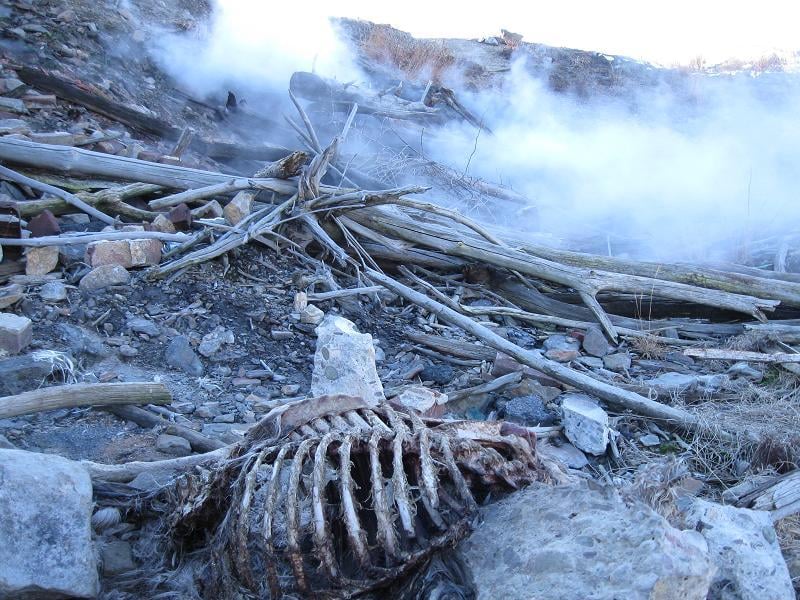