7 Strange Shrines Around The World 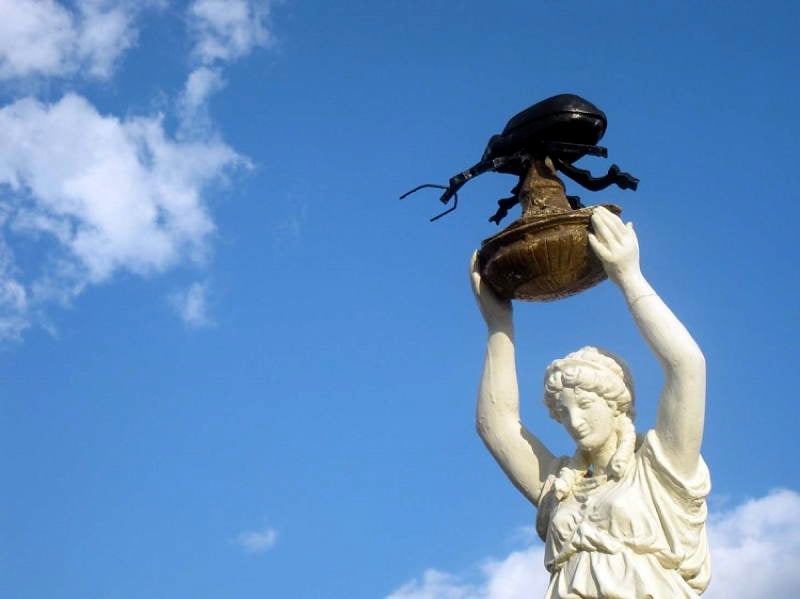 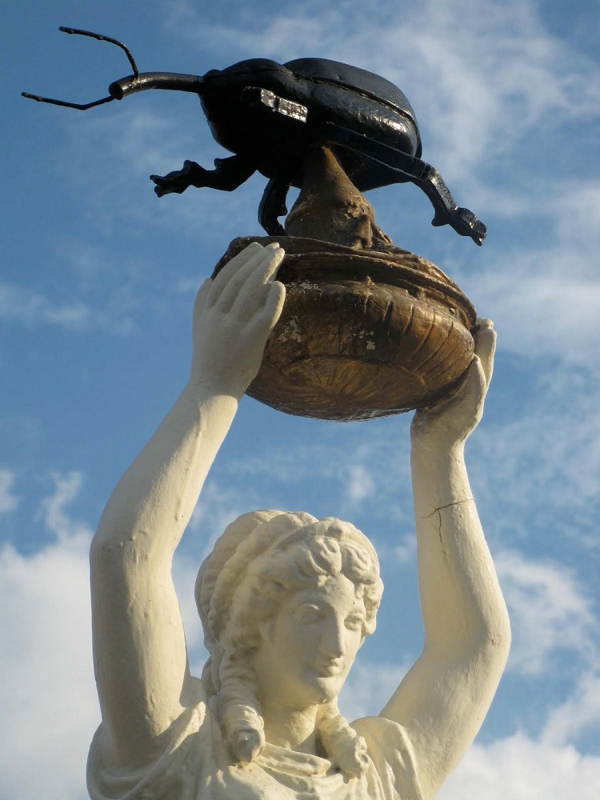 Source: Too Much News

At the very heart of Enterprise, Ala., a tiny town whose fringes are lined with cotton fields, stands a Grecian woman reaching her Victorian-appareled arms up to the sky. On top of that is a beetle of sci-fi proportions. The 13 feet tall Boll Weevil Monument has stood over Enterprise for nearly 100 years as a testament to the transformative powers of creative destruction.

While the agricultural pest wreaked havoc on the lives of cotton reapers, the boll weevil’s presence ultimately led to the development of the state’s profitable peanut crop when farmers were forced to diversify. The Italian-made statue of the woman stood for some 30 years before someone came up with the idea of topping it off with the oversize insect, making the sculpture prime real estate for vandals. The original is now protected with a replica standing in its place in the town square. 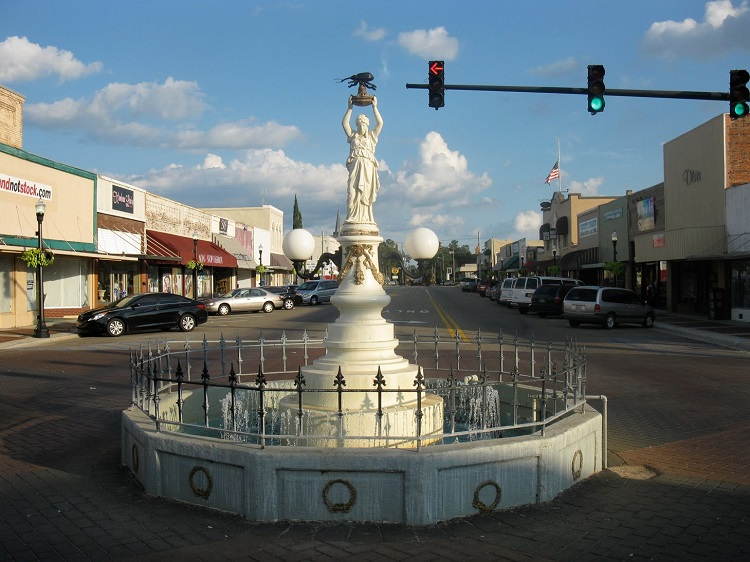 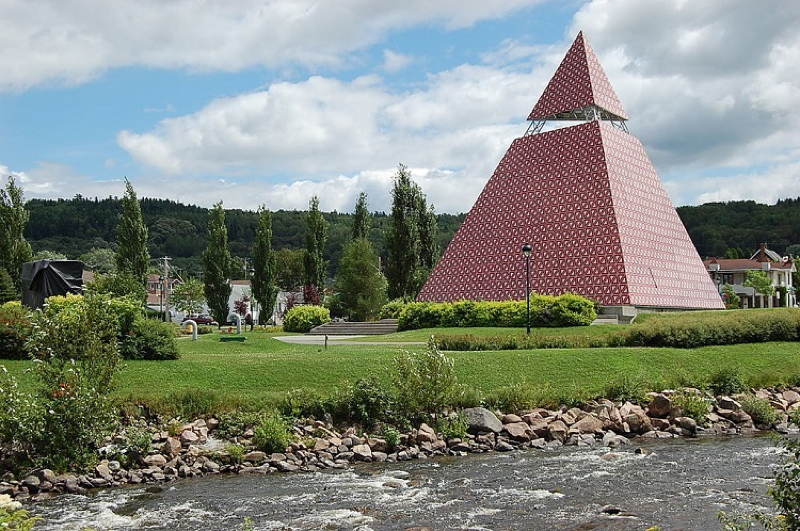 It may be the world’s only monument erected in honor of an agricultural pest, but plenty of other shrines and monuments around the world might appear just as arcane and strange to an observer outside of the host culture. 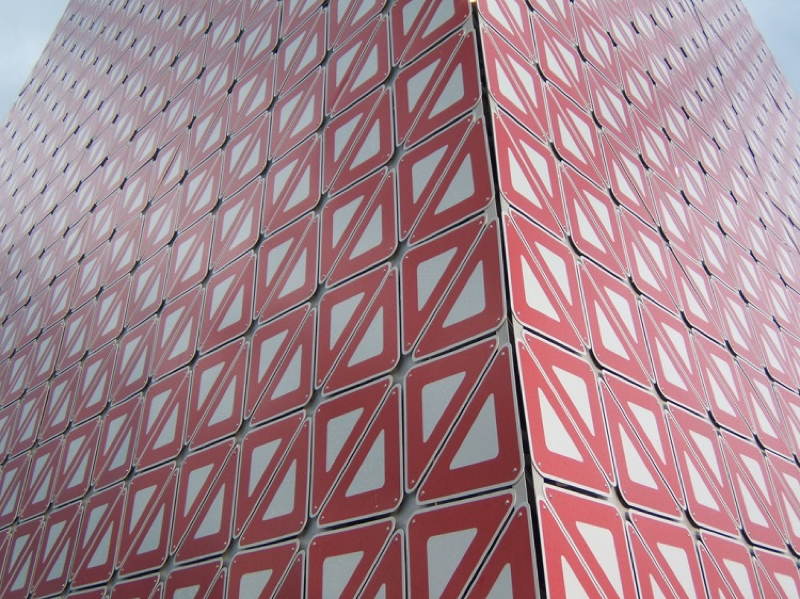 The Pyramide des Ha! Ha! certainly seems out of place on the shores of Canada’s Saguenay River: the sleek geometrical design is completely at odds with the rugged natural landscape around it. The artists who constructed the pyramid from 3,000 reflective triangular highway “yield” signs apparently wanted the structure to stand out, and for good reason, too. Ha! Ha! exists so as to properly commemorate the ten lives lost and mass destruction caused by a devastating 1996 flood. 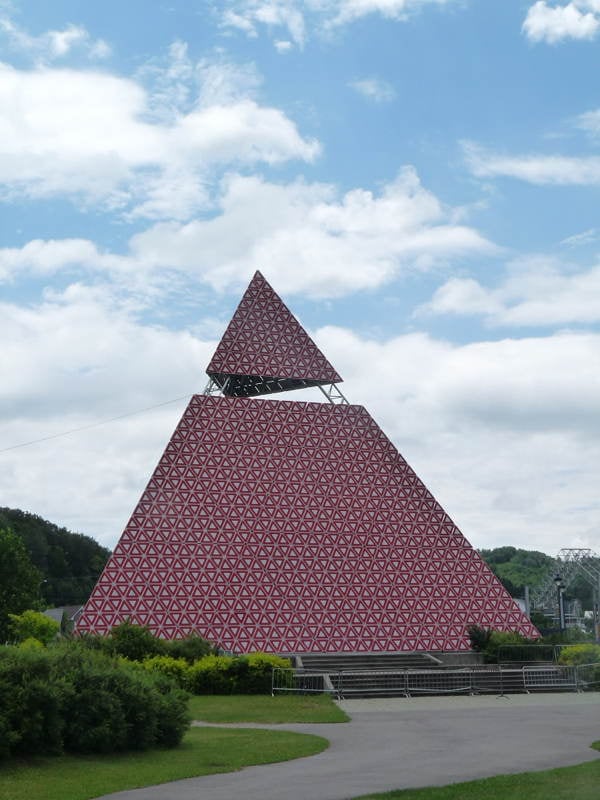 The shrine’s ostensibly irreverent name might also seem strange for such a solemn creation, but “haha” refers not to laughter, but a French term for an unexpected obstacle. Visitors can climb a staircase inside the pyramid to an area offering views of the “haha” portion of the river, which local residents know to be a powerful force of nature. 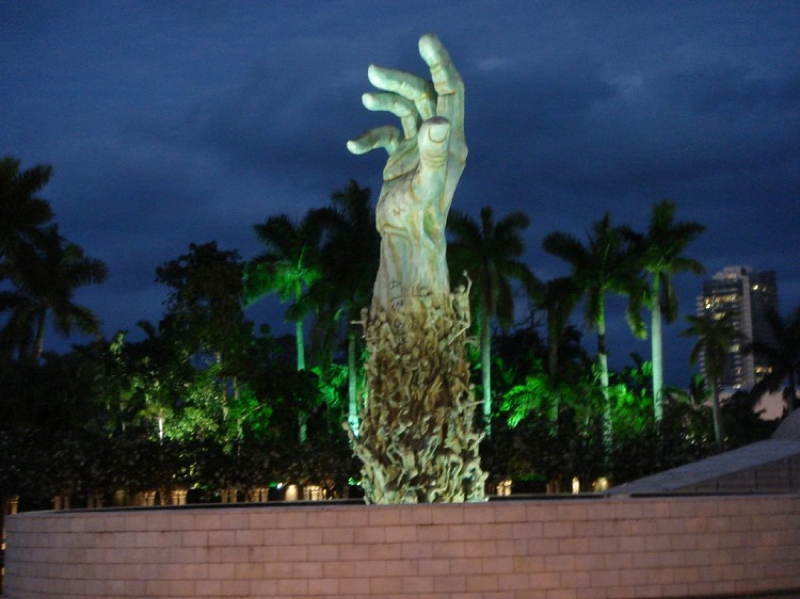 Mass murder memorials are an inevitable result of horrible attacks on humanity. Think of the thousands of names etched in granite at the site of the new Freedom Tower in New York, or the Oklahoma City National Memorial & Museum that pays tribute to the victims of the 1995 Alfred P. Murrah Federal Building bombing. Still, a Holocaust memorial rising from the sandy soils of Miami Beach might seem a bit out of place until one takes into account the large Jewish population of South Florida. 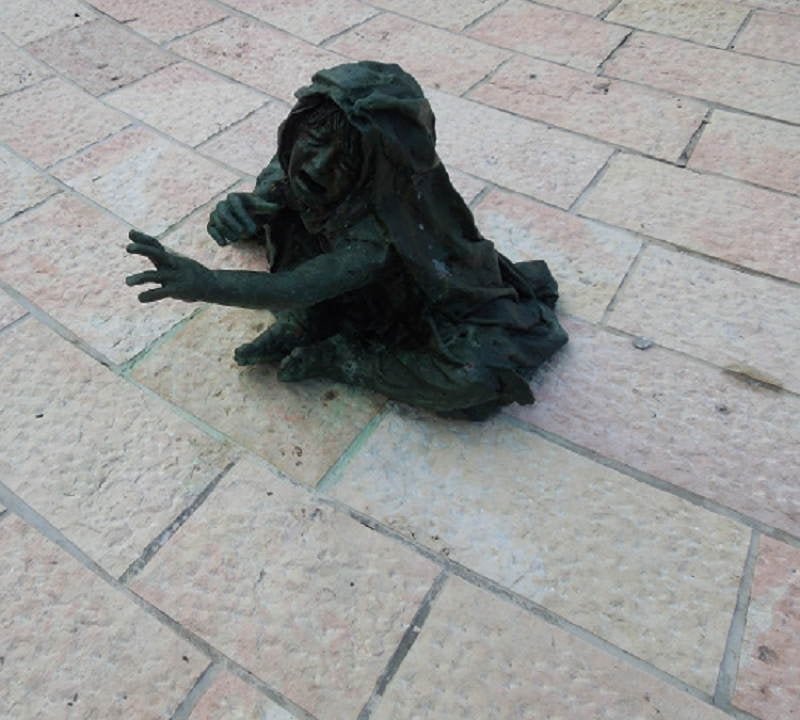 When the Miami Beach memorial was proposed in the mid-1980s, a committee defended the location in South Florida, which had one of the highest populations of Holocaust survivors in the United States. 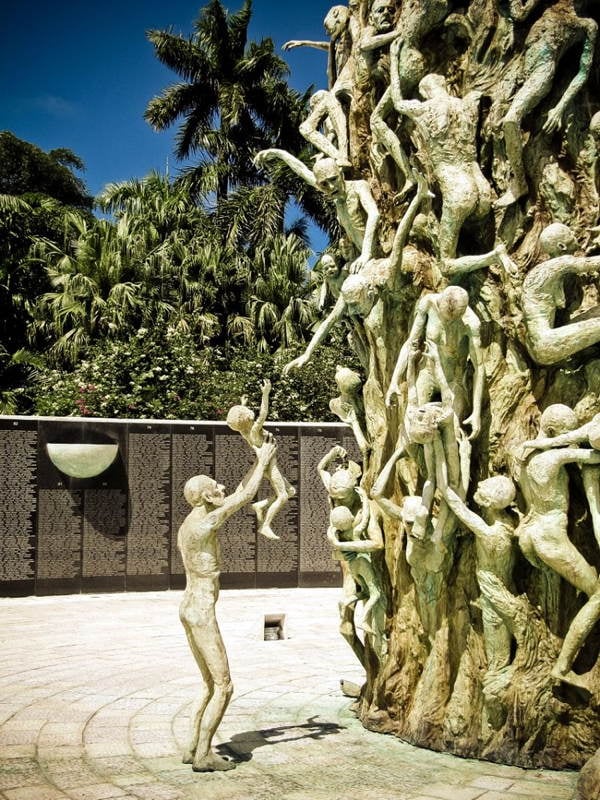 Architect Kenneth Treister retells some of the historical horrors of the Holocaust in a multi-media presentation that includes images from actual photos etched into the walls. The result is a disturbingly evocative journey for visitors, who are surrounded by stone walls inscribed with the names of numerous Nazi concentration camps. The strains of young Jewish children’s voices raised in song become louder before a final turn reveals a monolithic sculpture of an outstretched arm reaching toward the heavens as ghoulish, emaciated figures cling to it as they climb toward the same sky. The Miami Beach Holocaust Memorial also recalls the immortal words of Anne Frank: “Then, in spite of everything, I still believe that people are really good at heart.”