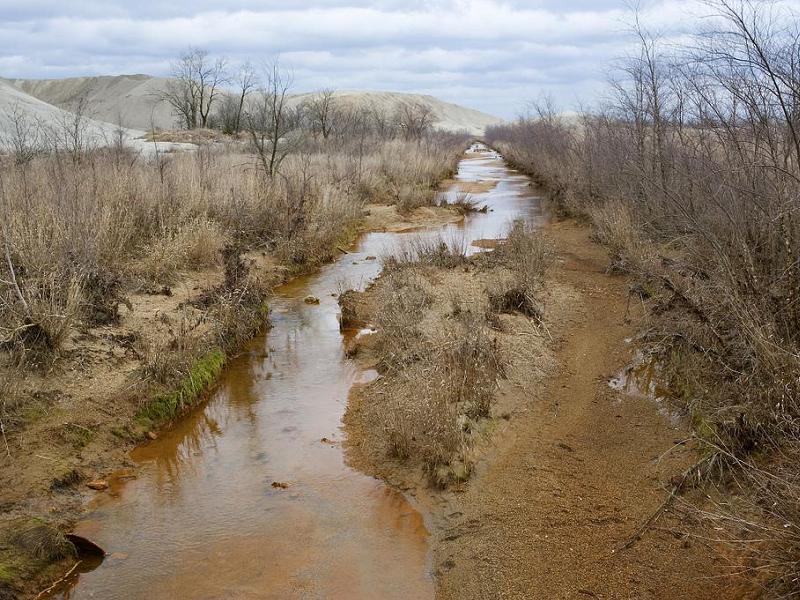 Oklahoma isn’t high on anyone’s list of tourist hotspots. The sky is pretty at night, there’s Geronimo’s grave, and that’s about it. There is one spot in the northeast corner of the state, however, that enjoys a certain distinction. The town of Tar Creek, OK, is the worst Superfund disaster area in the country. 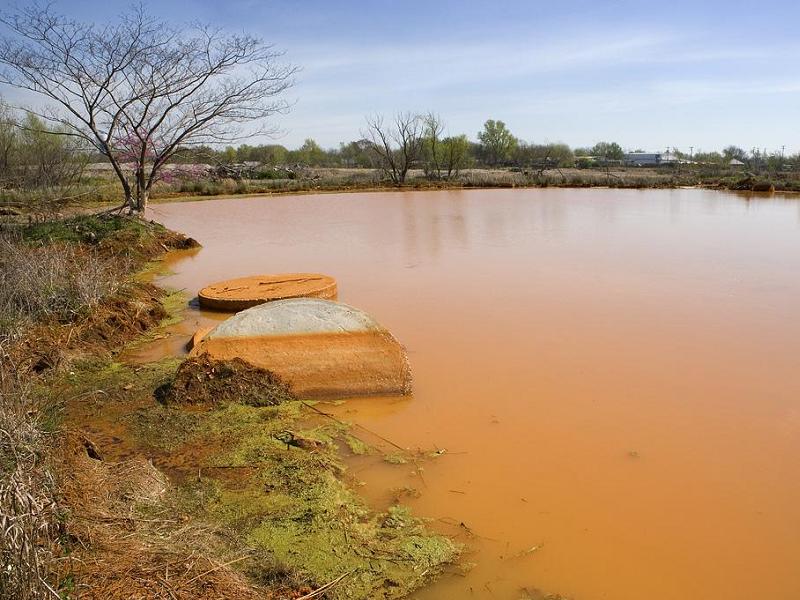 The first problem with the area is with the minerals extracted from the mines. Tar Creek was always rich in lead and zinc, which you scientist-types might recognize as being horrifyingly toxic, especially to children. Naturally, the wasted, chemically active rock stripped out of the mines was just left lying around in piles called “chat” that three generations of local kids used for sledding. 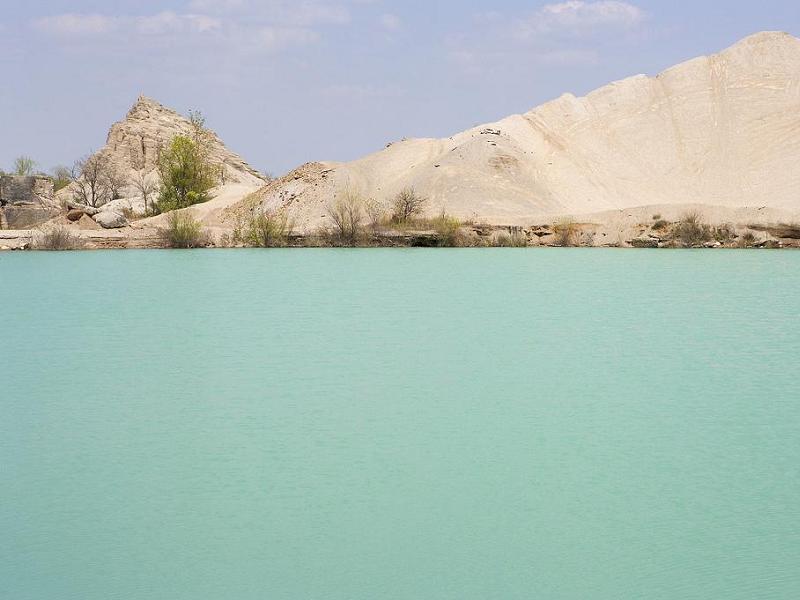 Toxic amounts of lead and zinc waft off of those piles in the dry weather, and they run off into the water when it rains. Initial cleanup efforts focused on removing these chemically active piles of neurotoxins, but stopped after most of the large pieces were taken away, leaving the fine-grained lead dust to sit exposed to the elements.

As if that wasn’t enough, when the mines were shut down in 1982, the pumping systems that kept them dry were shut down as well. The mines filled up with groundwater almost immediately and began to overflow. You know that stuff inside a battery that you aren’t supposed to get on your hands ever? That’s pretty much what filled up the mines when the water mixed with all the lead and zinc in the walls. Tar Creek has a stream made out of battery acid. 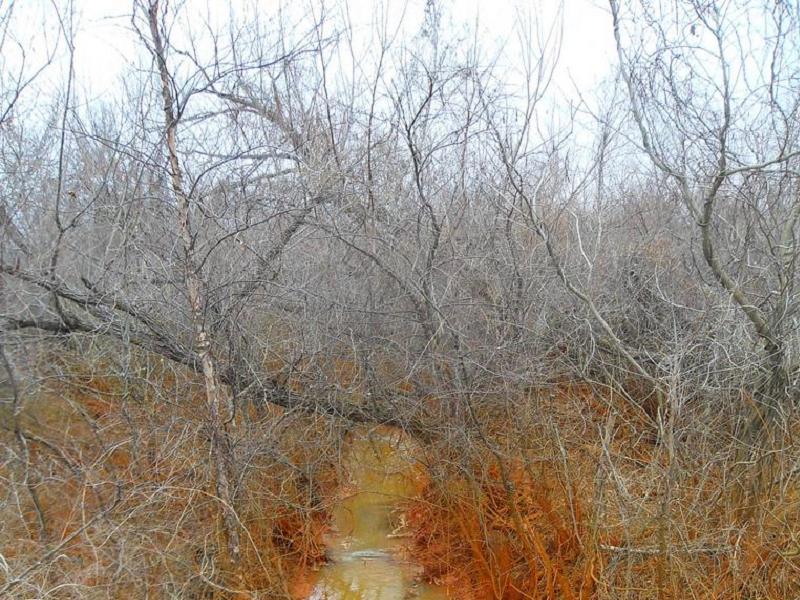 Cleanup efforts have ranged from halfhearted to utterly bizarre. First, residents of the town of Picher were told there wasn’t anything to worry about, or Chapter 1 in the playbook when the government is faced with an expensive problem. Next, hoping to spare everybody the embarrassment (and liability) of admitting the situation was hopeless, Superfund laid out a fortune on cleanup efforts for individual properties. Earth movers would scrape six inches of contaminated topsoil off of peoples’ yards, test the dirt for lead, and then scrape another six inches if levels were still too high. The process cost almost $300,000 per home and completely ignored the mountains of contaminated chat upwind of the yards they were decontaminating.

Finally, even the government decided to face reality and offered residents buyouts of their properties. For the purposes of the buyout, some homes were valued as low as $15,000. Bear in mind that this is the same government that had just spent $300,000 scraping dirt off of each of these homes’ yards. 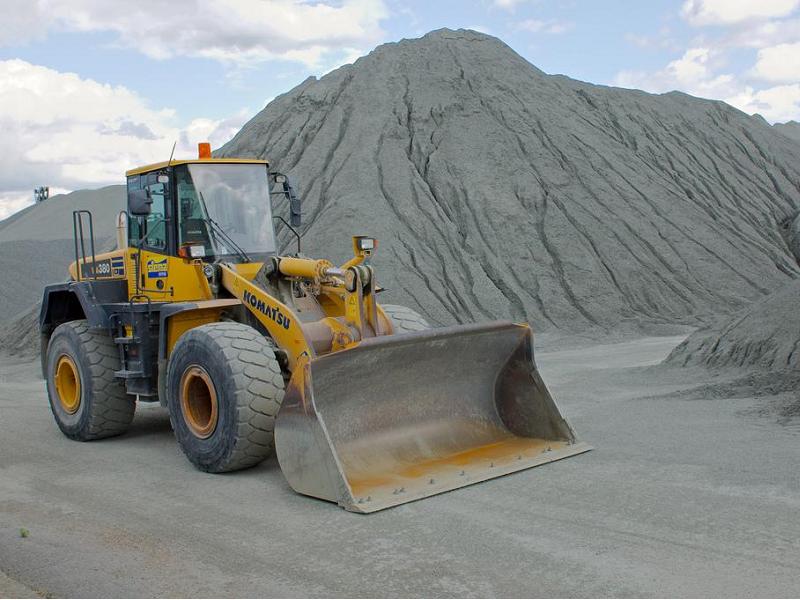 Lead poisoning, ramshackle abandoned lots, and rivers of acid make Tar Creek an unattractive spot to plan a vacation to. Official neglect, broken treaties, and three generations of kids with cognitive disabilities lend the area a depressing air of defeat and grief. There is a silver lining to the Tar Creek disaster area, though: all that poison seems to have killed the snakes.

If you enjoyed this post on places you don’t ever want to visit, check out our posts on four tiny islands you’ll never visit and the ten most surreal places in the world!