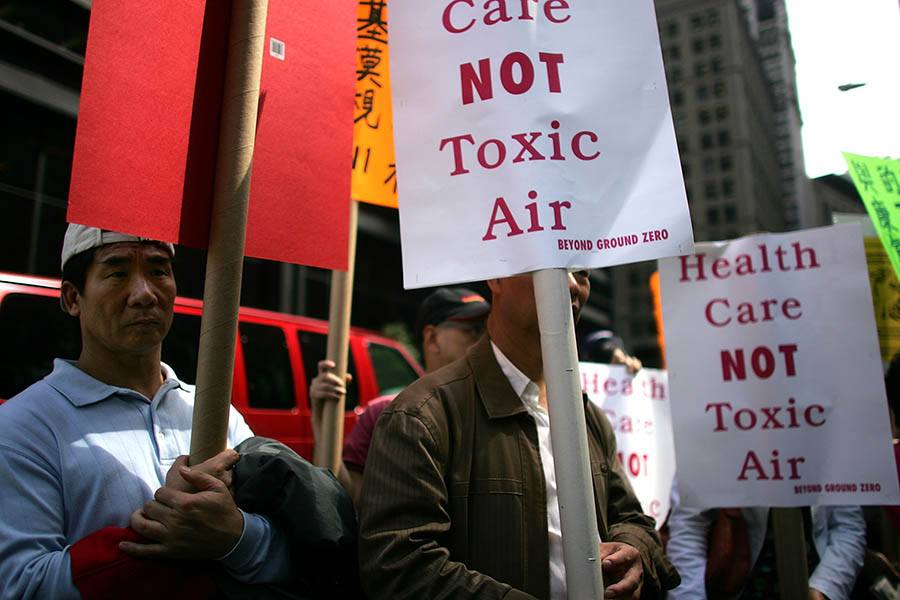 Less than three years after the attacks, the consequences of breathing in Ground Zero carcinogens had already started to make themselves known, and victims began to file class action lawsuits.

In March 2004, the firm Berger & Montague filed a class action lawsuit against Christine Todd Whitman and two of her assistant administrators, as well as the EPA writ large. A district judge ruled in 2006 that the lawsuit could proceed, but the case stopped in its tracks when it arrived at the 2nd U.S. Circuit Court of Appeals.

Without investigating air quality or ascertaining if the EPA had intentionally misled the public, a three-judge panel ruled that “the government’s interest in returning New York to normalcy following the attacks should protect it from lawsuits alleging that the government made false statements about air quality.”

Lawsuits forged on elsewhere. What began as a single case for an NYPD cop who contracted leukemia after spending time at Ground Zero escalated into a 10,000 plaintiff case, all of whom were represented by attorney David Worby. According to Worby, his taking on the case — in spite of the wealth of evidence plaintiffs had in their favor — was a risk.

As he told Discover magazine, “I started this suit on behalf of one cop that got sick…Nobody would touch the case with a 10 foot pole because it was considered unpatriotic to say anything against the cleanup or the EPA.”

He added that while exposure to particulate matter may have been the biological cause of his clients’ illnesses, bad government stood at the root of the problem. My clients “are getting sick because of people like Christine Todd Whitman and Rudy Giuliani,” he told Discover.

“[M]y people don’t want their names to be on the wall, because they are not victims of terrorists — they’re victims of bad government. Giuliani should be banned from public office for what he did.”

Worby filed suits against the City of New York, the Port Authority, and the EPA for exposing workers to carcinogenic particulate matter, and sought billions for medical screening, treatment and damages.

In court, the city claimed that federal and state statutes immunized it from suits related to its handling of rescue and recovery operations. A federal judge disagreed, saying that while those statutes provides some immunity, it is not universal and as such, as The New York Times reported, “protection varies by time and place, making it necessary to hear the details of individual cases.” 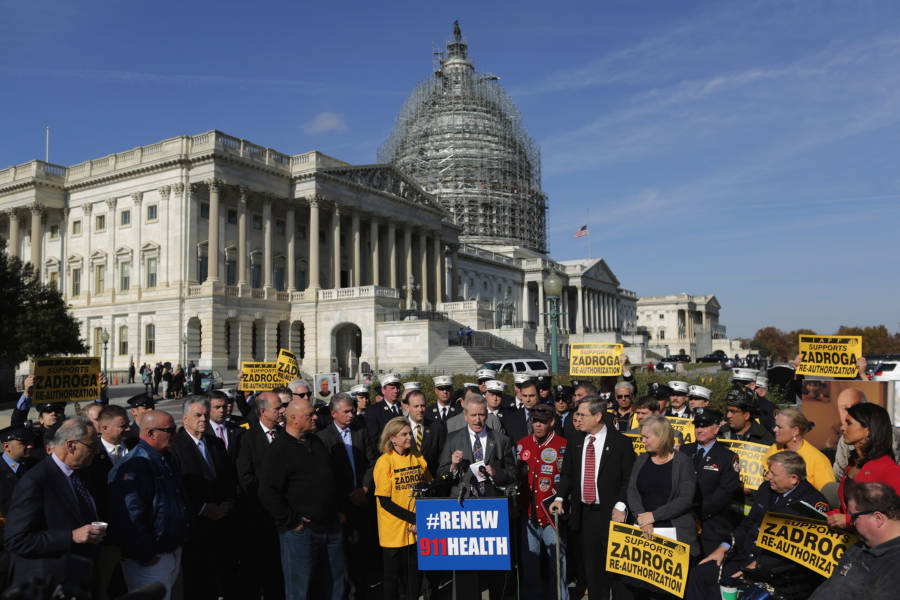 Chip Somodevilla/Getty ImagesSenate and House Democrats hold a news conference with first responders from New York and members of the Iraq and Afghanistan Veterans of America to announce their support for the permanent reauthorization of the James Zadroga 9/11 Health and Compensation Reauthorization Act outside the U.S. Capitol on November 17, 2015 in Washington, D.C.

In 2010 — after seven years of legal battles between the city and workers — attorneys representing the 10,000-plus victims reached a settlement, in which the city would pay a total of $625 million to the plaintiffs.

Those who collected this money would still be eligible to receive benefits from the James Zadroga 9/11 Health and Compensation Act, which President Obama signed into law in early 2011 and offered $7.4 billion in aid and medical coverage to those who were exposed to toxins following the attacks.

That, too, came with its own hurdles. In 2015, when the act was up for permanent reauthorization in the Highway Bill, act proponents were shocked to discover that funding for the program had been excluded in House and Senate negotiations. Zadroga proponents were quick to pass blame to Senate Majority Leader Mitch McConnell, who they said was playing politics at the expense of sick, national heroes.

“There was a clear path to getting this done but Senator McConnell blocked it,” Senate Minority Leader Harry Reid (D-Nev.) told the Daily News.

Eventually, the bill passed, and was reauthorized for 75 years. Good thing, too, as the effects of a 17-minute attack will last a lifetime.

Next, read up on the 9/11 conspiracy theories that people actually think are true. Then, have a look at the 29 most arresting 9/11 photographs.